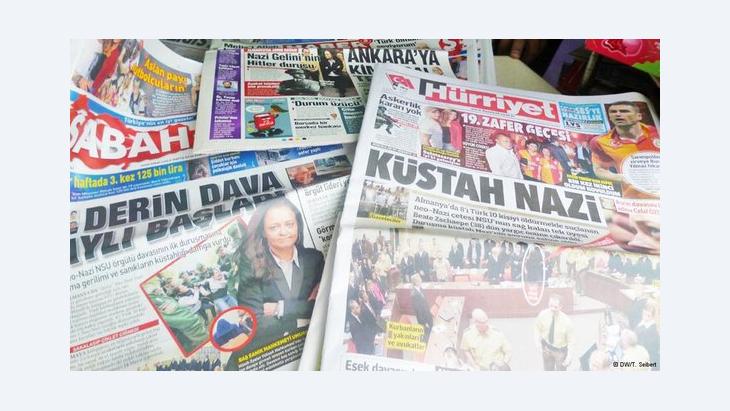 Turkish media closely watched the opening of the NSU trial in Munich on Monday. Newspapers describe the feelings of the victims' families and the main defendant's attitude in court. Thomas Seibert reports from Istanbul

Beate Zschäpe's appearance in room A 101 of the Munich court on Monday was the main topic in many Turkish newspapers a day later. "Nazi-bride in a Hitler pose," the paper Habertürk headlined, showing a photo of Zschäpe with folded arms next to an image of Adolf Hitler in a similar pose.

Other Turkish papers also commented on the main defendant's attitude on the first day of the trial. On its front page, Hürriyet calls Zschäpe an "impudent Nazi", emphasizing that the 38-year-old turned her back on the court and the relatives of the eight Turkish NSU victims. The day in court, the paper continues, was a stage for the defendant's "show."

The papers report Zschäpe's appearance in the courtroom deeply affected the relatives of the NSU victims present for the trial. 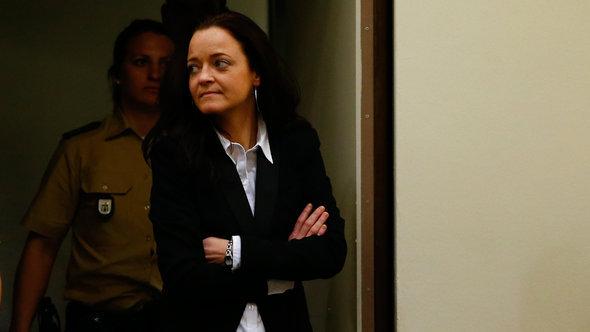 "Nazi-bride in a Hitler pose": the attitude of Beate Zschäpe, the main defendant of the NSU trial, was sharply criticised by the Turkish press

​​Sabah and other papers quote Dilek Özcan, the daughter of Ismail Yasar – shot dead in 2006 in Nuremberg – as saying she "shivered when she saw Zschäpe and felt deep hatred." A tearful Özcan is reported to have added she was certain Zschäpe would get her just punishment.

Other relatives focused on the many open questions in the trial. Enver Simsek's daughter Semiya says she wanted to know why neo-Nazis singled out her father of all people as a victim. According to the Vatan daily, she says her trust in the Federal Republic of Germany has been destroyed by the murders.

Offended by a crucifix

The Turkish media are particularly interested in the court's shedding light on the bungled investigation. The Milliyet daily terms the trial "Germany's Nazi check". However, even ahead of the trial, commentators doubted the German judiciary was up to the task.

Speaking to Turkish reporters before proceedings began in Munich, Ayhan Sefer Üstün, chairman of the human rights committee in the Turkish parliament, expressed hopes for a just verdict, despite the defence's obvious delaying tactics. "That is what we expect and we will continue to keep a close eye on developments," he said.

Not all Turkish observers were as open-minded, however. Mahmut Tanal of the opposition CHP party and a member in Üstün's delegation, called for the removal of a crucifix from the courtroom. He argued the Christian symbol is a "threat" to all non-Christians that contradicts the principles of a secular constitutional state.

The court's upcoming assessment reminds some Turkish observers of the situation in their country. The Star newspaper compares the NSU trial with proceedings against the nationalist killer of Turkish-Armenian journalist Hrant Dink. 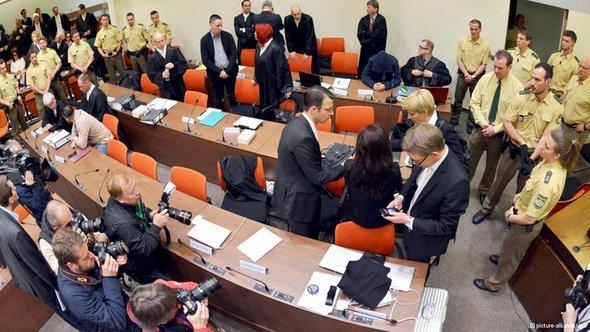 "Germany's Nazi check": The Turkish media are particularly interested in the court's shedding light on the bungled investigation. The NSU murders were went unnoticed by German intelligence authorities for 13 years

​​Zschäpe, the prime suspect in the German case, presented herself with as much defiance as Dink's murderer, Ogün Samast – who, according to Dink's lawyers, had willing supporters from within the Turkish state.

Erdal Safak, chief editor of Sabah – the Turkish paper whose German subsidiary successfully complained to Germany's highest court about the allocation of seats for foreign media at the trial – also draws a comparison with Turkey. The Munich trial is about Germany's "deep state," Safak says, referring to the Turkish term for an interdependence of rightwing forces in the state and violent criminals.

The Turkish government regards members of the alleged ultra-nationalist underground network Ergenekon, currently on trial in Turkey, as representatives of the "deep state" that planned to seize power from elected politicians. That is why Turkish organizations must continue to keep a close eye on the NSU trial, Safak says: after all, the "German Ergenekon" is on trial in Munich.

Dalia Hatuqa is an experienced journalist who has reported on the Israeli-Palestinian conflict from Ramallah, Washington DC and Amman. A writer for Time Magazine, Foreign Affairs ... END_OF_DOCUMENT_TOKEN_TO_BE_REPLACED

Since President Abdul Fattah al-Sisi seized power in Egypt in 2013, he has ruled the country with an iron fist. Civil society, opposition and free press struggle to survive. Tens ... END_OF_DOCUMENT_TOKEN_TO_BE_REPLACED

Many Turks are dissatisfied with the international status of their country. At the same time, opinion polls reveal great scepticism among the Turkish population towards the USA. ... END_OF_DOCUMENT_TOKEN_TO_BE_REPLACED

The German government is planning to legalise cannabis before the end of this legislative period. So what does Islam have to say about its consumption? Will changing the law alter ... END_OF_DOCUMENT_TOKEN_TO_BE_REPLACED

END_OF_DOCUMENT_TOKEN_TO_BE_REPLACED
Social media
and networks
Subscribe to our
newsletter