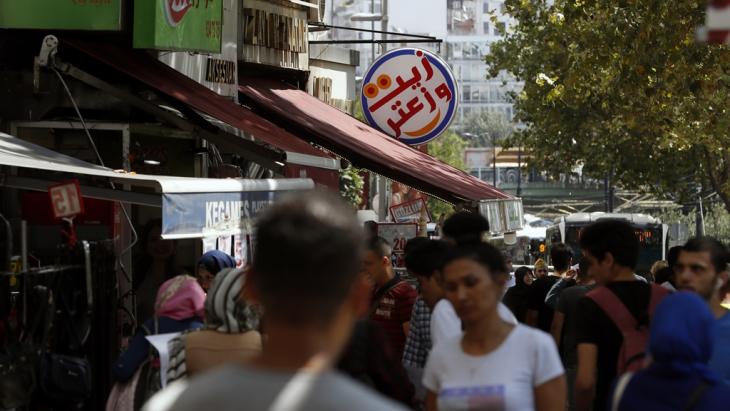 Istanbul has become a refuge for many Arab communities – including the Muslim Brotherhood – but its cosmopolitan ways are also changing them. By Mohanad Hage Ali

“Istanbul Brings Together Arab Women to Celebrate International Women’s Day”, read the recent headline of an Anadolu Agency article on a recent meeting in the Turkish city that included dozens of Syrian, Palestinian and Egyptian females.

The headline encapsulated Istanbul’s growing role on the Arab political and cultural scene. Since the 2011 Arab uprisings, the city has attracted large communities from major Arab countries who have left home because of repressive regimes or unstable political and economic environments. Istanbul offers an urban space for different forms of political activism and numerous examples of Arab interaction. Hundreds of thousands of Syrians, Iraqis, Yemenis, Libyans, Egyptians and Lebanese are now part of the city’s social fabric. Istanbul hosts a pan-Arab existence with a life of its own.

According to one estimate, nearly 700,000 Iraqis live in Turkey, with Istanbul as their preferred destination. The city hosts five Iraqi schools, out of 27 across the country. Tens of thousands of Egyptians, Yemenis, and Libyans reside there, having established schools, media outlets, and publishing houses. Istanbul today is the Arab world’s largest population experiment, well beyond the role that Cairo played during the 1950s, and Beirut during the 1960s and 1970s.

For Arab states wary of Turkish influence, such as Egypt, Istanbul now serves as the headquarters of the various Arab branches of the Muslim Brotherhood and seeks to destabilise states opposing the organisation, as well as the region as a whole.

Yet such a view of the Arabs of Istanbul and their role in the political and cultural spheres of the region is only partly true and goes in one direction. In fact, the city’s cosmopolitan identity and diverse urban experiences are also shaping attitudes among the communities of Arabs residing there. 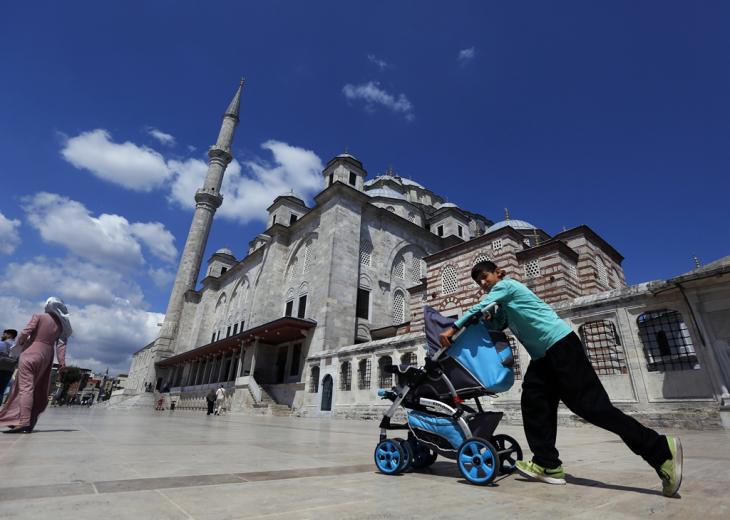 Pan-Arab existence in cosmopolitan surroundings: since the 2011 Arab uprisings, Istanbul has attracted large communities from major Arab countries who have left home because of repressive regimes or unstable political and economic environments. Hundreds of thousands of Syrians, Iraqis, Yemenis, Libyans, Egyptians and Lebanese are now part of the city’s social fabric

Istanbul today is indeed a Muslim Brotherhood hub. The Turkish state is investing and supporting the organisation’s branches and, most importantly, facilitating efforts to organise and represent them. Dozens of television stations, mostly affiliated with Muslim Brotherhood branches, attest to Turkish encouragement of these groups.

Even the important decisions within the organisation’s branches are being taken in the Turkish city. Recently, for instance, Al-Islah, Yemen’s Muslim Brotherhood, voted in Istanbul for a new leader named Salah Batis. The Istanbul-based Batis has been criticised by those who oppose Turkish influence in the region for his connections with Turkey.

Istanbul embodies Turkey’s emerging regional role. This has been visible in its military interventions in Libya and Syria, as well as through its political clout across the region. From this lens, the Turkish government is seeking to shape attitudes in the Arab world through the communities it is hosting.

Germany’s electorate includes some 7.4 million citizens with international roots, while many more millions of residents from abroad aren’t allowed to vote. Both groups are often ... END_OF_DOCUMENT_TOKEN_TO_BE_REPLACED

International relations are shifting across the Middle East as regional powers adapt to America's retrenchment and China's growing influence. Although the region could become the ... END_OF_DOCUMENT_TOKEN_TO_BE_REPLACED

Germany's foreign policy is explicitly values-based. But what happens, Ralf Bosen asks, when democracy, the rule of law and human rights collide with the logic of trade and ... END_OF_DOCUMENT_TOKEN_TO_BE_REPLACED

A new global database shows a significant gap in reported COVID-related deaths, suggesting the actual worldwide death toll is short by at least 1 million. That's due in part to ... END_OF_DOCUMENT_TOKEN_TO_BE_REPLACED

Ankara's foreign policy apparatus is currently running at top speed. While politicians in the West busy themselves with evacuating Kabul and analysing the chaos, which not even ... END_OF_DOCUMENT_TOKEN_TO_BE_REPLACED
Author:
Mohanad Hage Ali
Date:
Mail:
Send via mail

END_OF_DOCUMENT_TOKEN_TO_BE_REPLACED
Social media
and networks
Subscribe to our
newsletter