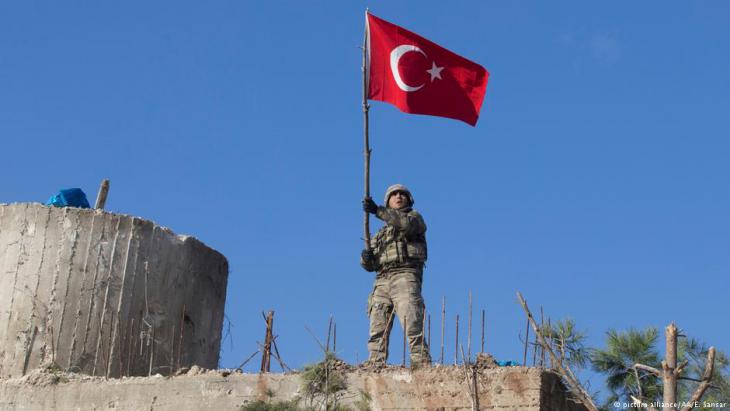 A war of America′s making

Bereft of a coherent Syria policy, successive U.S. administrations have obsessed over targeting Islamic State (IS) without considering the full ramifications of their actions. Turkey′s incursion into northwestern Syria is just one consequence. Analysis by Barak Barfi

As Turkey intensifies its military campaign against Syrian Kurdish fighters, it is tempting to blame the violence on President Recep Tayyip Erdogan′s strident jingoism and xenophobia. After all, Erdogan has long warned that Turkey would never tolerate a Kurdish military presence on the country′s southern border; the recent offensive would seem to suggest that his words are being met with action.

In July 2012, when the Kurdish Democratic Union Party (PYD) took over a string of Syrian border towns, Turkey was alarmed. The PYD is the Syrian branch of the Turkish Kurdistan Workers′ Party (PKK), which has been waging a guerrilla-style war against Turkey′s government since 1984.

Initially, the U.S. shared Erdogan′s concerns. In August 2012, then-Secretary of State Hillary Clinton declared that, "Syria must not become a haven for PKK terrorists." But after IS captured large swathes of territory in Syria and Iraq, America found in the PYD a useful ally. Soon, the U.S. was providing weapons and training to the PYD′s armed wing.

A grave error of judgement

Angered by these moves, Erdogan sought assurances that American support for the Kurds would be temporary and that Kurdish fighters would not cross the Euphrates river. But, after the Turks received the guarantees they wanted, the well-armed Kurds crossed the Euphrates anyway.

Then, in August 2016, Vice President Joseph Biden publicly admonished the PYD fighters, warning that they would lose U.S. support if they did not retreat. But the militants never fell back and the U.S. continued to arm and train them. In April 2017, an incensed Erdogan declared that the Obama administration had "deceived" Turkey on the PKK. "I don′t believe the Trump administration will do the same," he predicted. 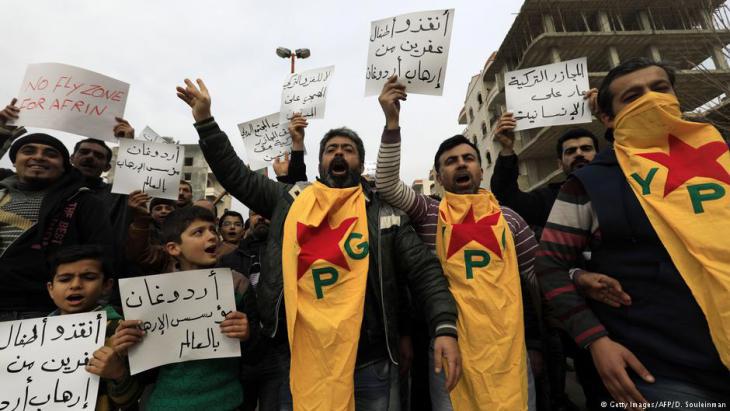 Recep Tayyip Erdogan sees red: the Turkish government regards the PYD as the Syrian branch of the Turkish Kurdistan Workers′ Party (PKK), which has been waging a guerrilla-style war against the Turkish state for decades. The current military offensive has been met with widespread support from politicians and the media, not to mention the population as a whole

But Erdogan was misled once again. Despite reportedly promising that U.S. weapons transfers would halt, President Donald Trump has not changed course and American arms continue to flow to the Kurds.

For these reasons, Turkey′s leaders have lost faith in anything the U.S. government says. The two countries cannot even agree on the contents of a presidential phone call, as their conflicting accounts of a conversation last month illustrates.

How did relations between two NATO allies reach such a low point?

Much of the answer can be traced to President Barack Obama′s refusal to deploy combat troops against IS, in favour of a light footprint using local forces aided by U.S. airstrikes and training. This approach was first tried in Iraq, but backfired when the Iranian-supported Popular Mobilisation Forces (PMF) seized territory.

The consequences of that decision, which the U.S. has largely chosen to ignore, will come to a head in April, when PMF commanders plan to run in Iraq′s parliamentary election. 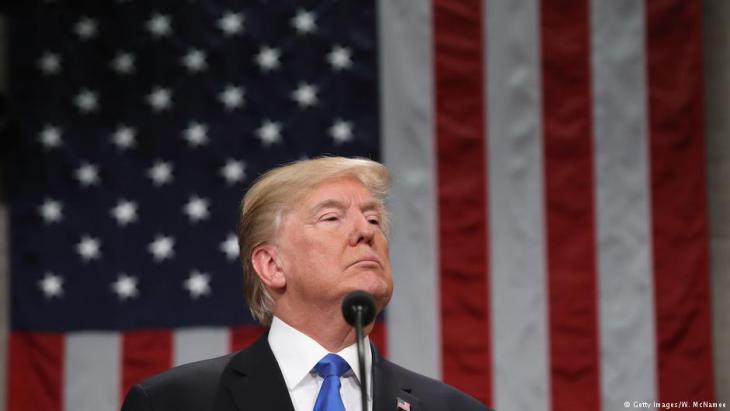 Muddled messaging, fraught with contradictions: USA policy is self-defeating. Not only is it emboldening adversaries such as Iran and its PMF proxies; it is also imperilling some 2,000 U.S. soldiers who are working with the Kurds in Syria

In Syria, the Kurds have proved to be a more reliable proxy. But their allegiance to the U.S. has come at a cost. Obama was willing to overlook their fighters′ ties to the PKK, using subtle hair-splitting to differentiate between indistinguishable groups. Never truly appreciating Erdogan′s apprehension, Obama chose to address Turkey′s concerns only superficially.

When Trump came to office, his lack of interest in details and inclination to grandstand exacerbated tensions. A key feature of Trump′s presidency has been his desire to ingratiate himself with guests by offering what he cannot deliver (as he did during a recent meeting with congressional Democrats on immigration). This penchant to please appears to have resulted in Trump making promises to Erdogan that the Pentagon decision-makers guiding America′s Iraq and Syria policies never intended to keep.

But, unlike U.S. lawmakers, Erdogan has an army that marches at his discretion. And Turkey views the PKK as an existential threat and regards the PYD as its Syrian lethal appendage.

America′s muddled messaging, delivered by a president unskilled in policy nuance or diplomacy, has inflamed a critical relationship and in turn, jeopardised the fight against IS. Despite Trump′s State of the Union claim that IS is nearly defeated, some 3,000 fighters remain in Syria, occasionally even capturing territory.

In short, America′s policy is self-defeating. Not only is it emboldening adversaries such as Iran and its PMF proxies; it is also imperilling some 2,000 U.S. soldiers who are working with the Kurds in Syria.

Obama′s instincts were not wrong. Full-scale invasions rarely succeed in uprooting jihadist threats. But America′s subcontracting of its battles to local fighters in Syria has created new perils. If Trump is to break with the past and earn the credit he is claiming, the U.S. must find a new way to achieve its security goals without deploying entire divisions. At the moment, however, the U.S. is offering Turkey – and the region – only incoherence and more empty promises.

Relations between Ankara and Paris have reached a new low, with presidential communications contributing to the escalation. To describe recent bilateral exchanges as undiplomatic ... END_OF_DOCUMENT_TOKEN_TO_BE_REPLACED

Saudi Arabia finally congratulated Joe Biden on Sunday over his election victory, more than 24 hours after he defeated Donald Trump, who had close personal ties with Crown Prince ... END_OF_DOCUMENT_TOKEN_TO_BE_REPLACED

Facing the various divergent interests of external players such as Russia, the United States, not to mention Turkey and Iran, the future of northeast Syria remains anything but ... END_OF_DOCUMENT_TOKEN_TO_BE_REPLACED

Fraught with disagreement, relations between the EU and Turkey under Erdogan have rarely been easy. Bearing in mind recent developments, the Union needs to present a clear and ... END_OF_DOCUMENT_TOKEN_TO_BE_REPLACED

Musicians from Morocco to Iraq have been crossing paths at the Oriental Summer Academy in south-western Germany for ten years. Matthias Wagner, who founded and directed the ... END_OF_DOCUMENT_TOKEN_TO_BE_REPLACED

The Human Rights Film Festival Berlin has been held for the third time in 2020 under the patronage of Nadia Murad. In just a short time, this festival, which was initiated by the ... END_OF_DOCUMENT_TOKEN_TO_BE_REPLACED

Comments for this article: A war of America′s making

The US has indeed a fragile and complicated policy. But why overlook that Turkey is making demands that are against internationally agreed principless (as of self-determination of peoples, in casu the Kurdish), unbalanced and unilateral? Turkey behaves as if Turks enjoy superior rights then Kurds (no self determination nor safety for the latter). This is basically racist.

END_OF_DOCUMENT_TOKEN_TO_BE_REPLACED
Social media
and networks
Subscribe to our
newsletter