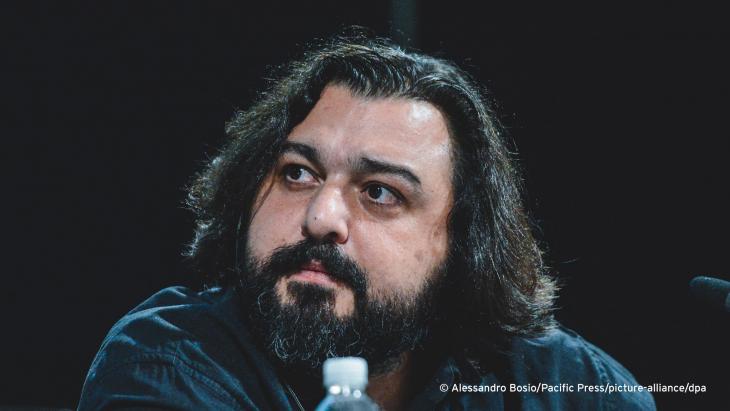 Turkish author Hakan Gunday's "Verlust"
The ghosts of the army

Hakan Gunday is one of the most exciting authors on today’s Turkish literature scene. His novel "Ziyan", now published in German as "Verlust" – literally 'loss' – takes a radical and contemplative look at a country mired in permanent military conflict. Gerrit Wustmann read the book

The name Orhan Pamuk is known in Germany beyond literary circles, largely thanks to the Nobel Prize. But if you were to ask people on the street who the current winner of the Hermann Hesse Prize is, most of them would probably have to pass. The international Hesse Prize, worth 20,000 Euros, aims to draw attention to authors and works that have not yet achieved great public prominence, at least in Germany. In Turkey, Hakan Gunday (born 1976), who won the 2022 Hesse Prize with his translator Sabine Adatepe, is a cult author. A radical young voice whose books speak to the Gezi generation.

The statement from the prize jury said that in his literary work, Gunday "searches for ways in which an individual can realise their potential in the face of collective social repression". He is "powerful and provocative in his language, and his words paint pictures to which the reader cannot close their eyes. He challenges his readers to pay close attention, to question social injustices and doubt seemingly established norms."

Since his debut Kinyas ve Kayra in 2000, Gunday has published ten novels, three of them now available in Adatepe’s sensitive German translation. His novel Verlust ("Loss", originally published in 2009) has just been brought out by btb Verlag.

Reported for defaming the army

"The last hour of the watch had been passed in writing, and now it was time for dying," says one passage. The protagonist, Asil, barely twenty years old, is standing in the bitter cold – which soon also creeps into the reader’s bones – on a watchtower at the edge of a Kurdish village, killing time by writing down his experiences in a black notebook that he always carries with him. In fact, Asil’s life bears some similarity to the author’s own: like Gunday, he has dropped out of university; like Gunday, he has to battle with the meaninglessness of national service. 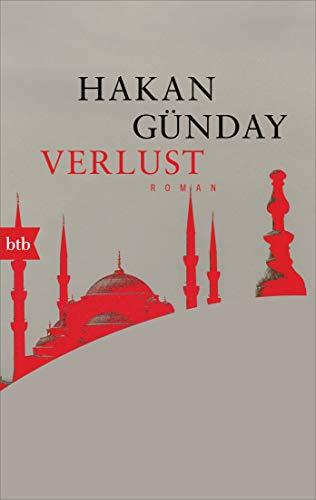 Outdated orientalism of German publishers: if a book has been written by a Turkish author (or someone from an Islamic-majority country), it will often – not always, but often – be a mosque that "adorns" the front cover. It is akin to every Turkish translation of a German book having a church on the front of it. This does no favours to either book or author – and as we regularly see at events, readers are already annoyed with these inappropriately trite covers. It is time for publishers to finally join the 21st century

When the novel was first published, it got Gunday reported to the police for defamation of the army (though any honest text about any army in the world would most likely be regarded by that army as defamation). He was never charged – but those were different times. Times of new beginnings and democratic reforms and the hope of EU membership.

A few years later, President Recep Tayyip Erdogan would transform Turkey into a repressive police state that persecutes its opponents mercilessly. Unlike many of his colleagues, Gunday has so far remained in Turkey. But it is doubtful that a second complaint to the authorities would see him get off so lightly.

Asil, then, is standing on the watchtower in sub-zero temperatures, wrapped up warmly, with a cigarette in the corner of his mouth despite the ban on smoking – and thinking about suicide. He has been through the whole programme of brutal drills, uniformed stupidity and toxic masculinity that is probably endemic in all military structures, but has a special tradition in Turkey.

If a child doesn’t go to school, he discovers, that isn’t a problem, but if you don’t want to join the army, you have to buy your way out at a cost of 15,000 lira. Which of course is scarcely possible for those at the poorer end of society. Being ignorant is okay, he concludes; the state doesn’t mind that. As long as you take up arms to serve it.

The ghost of Ataturk’s would-be assassin

But Asil is not entirely alone on these nights. He is repeatedly visited by the ghost of Ataturk’s would-be assassin Ziya Hursit, who was executed in 1926 in Izmir. Ziya Hursit is a historical figure whose life, personality and motivations Gunday pads out with fiction.

In the original, the novel’s title is a play on words: Ziyan means "your Ziya" but it can also be translated as "loss". Asil listens as Ziya tells his story: the life he leads in a Germany rocked by war, hanging around with Dadaists and stealing the original manuscript of Nietzsche’s Ecce Homo; the imprisonment of his father, his return to Turkey, where he joins Ataturk’s revolution, until eventually he turns away from Mustafa Kemal and plans his assassination.

Ziya vacillates between admiration for the founder of the republic and horror at how his followers brainlessly idolise him (followers who are famously often entirely uncritical of him to this day, and no less fanatical than those followers of the ruling AKP party who idolise Erdogan). He dissects the rule of Turkey’s first parliament, which simply followed the guiding light of Mustafa Kemal rather than pursuing actual policies. This approach also stands symbolically for a problem that has changed little in Turkey since those days: political movements mostly flourish as long as they are led by shining figureheads, and collapse as soon as those leaders are gone.

Asil listens, fearing the moment when his tyrannical commanding officer Ekber will drop in and catch him smoking or slouching, and order him to spend another four hours in that icy hell out of sheer sadism. Or make him do press-ups in the snow. This Ekbar – whose name means "the great" as in "God is great" – is also a symbol of how wretched the patriarchy is: "The man is an accident of nature, who hates woman but is always scrambling after her, and when he catches her, beats her up. Everything is smaller than his cock, he says so himself. His mind, his heart, his humanity, everything he has..."

In Verlust, Hakan Gunday largely dispenses with the sometimes excessive orgies of violence that can be found in many of his other books, but violence remains a constant companion to his characters and readers: it seethes below the surface of every line; it is something that creeps slowly under your skin, wearing you out, like the biting cold on the winter watchtower. The reason Ziya chooses Asil of all people for his nightly visitations, and whether he is really a ghost or something else entirely, is a mystery that Gunday ultimately reveals in such a cryptic and cunning fashion that this novel at once becomes great literature – world literature.

A final remark, quite separate to the novel itself and the desire to see more of Gunday’s work in German: the book’s cover. For some years now, there has been a trend in German publishing for giving books entirely random, interchangeable covers.

If a book has been written by a Turkish author (or someone from an Islamic-majority country), it will often – not always, but often – be a mosque that "adorns" the front cover. btb Verlag has already taken this tactic with Gunday’s Extrem and Burhan Sonmez’s Istanbul; it is doing it again in 2023 with a new book by Sebnem Isiguzel – and even crime writer Ahmet Umit is not spared this treatment.

It is akin to every Turkish translation of a German book having a church on the front of it. This combination of exoticism and orientalism is outdated and does no favours to either book or author – and as we regularly see at events, readers are already annoyed by these inappropriately trite covers. It is time for publishers to finally join the 21st century in this regard. One option might be to use the original covers of Gunday’s works, which are a visual treat – and actually bear some relation to the contents of his books.

This year Annemarie Schimmel, the great German scholar of Islamic studies, would have turned 100. Unique within the German and international academic community of her time, ... END_OF_DOCUMENT_TOKEN_TO_BE_REPLACED

The Palestinian militant organisation Hamas, with Hezbollah's help, is building up a military presence in Lebanon, the ultimate consequences of which could be devastating, writes ... END_OF_DOCUMENT_TOKEN_TO_BE_REPLACED

More and more voices are being raised in Turkey that challenge previous versions of the country's history. These alternative accounts, still largely ignored by official quarters, ... END_OF_DOCUMENT_TOKEN_TO_BE_REPLACED

Violence against doctors and lawyers in Turkey has been growing in recent years. But instead of taking action, the government is openly hostile towards two unions representing the ... END_OF_DOCUMENT_TOKEN_TO_BE_REPLACED

The Sufi Trail is a long-distance hiking route from Istanbul to Konya that seeks to revive the ancient tracks used by foot pilgrims on their way to Mecca. Marian Brehmer spoke to ... END_OF_DOCUMENT_TOKEN_TO_BE_REPLACED

Foresight is needed to turn the tide of German policy. Being independent of Russia must not lead to dependence on authoritarian regimes in the Middle East. By Kristin Helberg END_OF_DOCUMENT_TOKEN_TO_BE_REPLACED
Author:
Gerrit Wustmann
Date:
Mail:
Send via mail

END_OF_DOCUMENT_TOKEN_TO_BE_REPLACED
Social media
and networks
Subscribe to our
newsletter