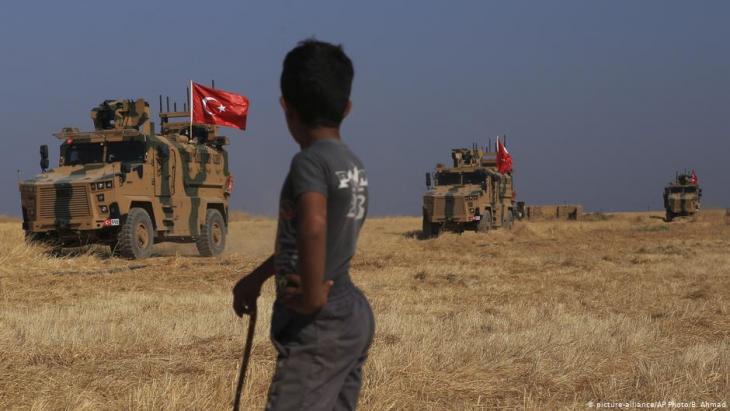 Turkish incursion into northern Syria
You reap what you sow

Many Turks, at home and abroad, feel misunderstood. The Syrian offensive is intended to ease matters and does not constitute ethnic cleansing, they claim. They also say there is no racism in Turkey. This is a misrepresentation of the situation, says Tayfun Guttstadt in his contribution to the debate

Racism is a defining element of the Turkish national consciousness. Not only is the genocide of the Armenians and other Christian peoples of Anatolia still subject to vehement denial, any deviation from the Turkish-Sunni national identity continues to be suppressed to this day.

When the Republic was founded, non-Muslims were marginalised and expropriated through targeted legislation. This resulted in mass emigration and pogroms such as those in Thrace in 1934 and Istanbul in 1955.

Kurds and Alevis were not dispelled, but required by the Turkish state to assimilate by ceasing to practice their ethnic and religious idiosyncrasies. Kurds were expected to forget their language, customs and history – and moreover also suppress the knowledge that many of them had relatives that now had to be Syrians, Iraqis and Iranians. For all this, the Kurds were also expected to be grateful. Any form of resistance against the forced assimilation was violently put down.

For example, in 1938 in Dersim. Those living in the province speak Zaza, a language related to Kurdish, follow the Alevi faith and did not want to assimilate. Because of this, they were murdered in their tens of thousands – one of Istanbul’s airports is named after one of the pilots in this campaign Sabiha Gokcen. The province was perfidiously renamed after the military operation – the official name is no longer Dersim, but Tunceli (Bronze Hand).

But this racism does not emanate from the state alone: in Turkey, people are frequently attacked in the streets by civilians because they speak Kurdish; musicians are pelted with objects because they sing Kurdish songs; and wedding parties broken up because traditional Kurdish songs are being played. For this reason, many prominent Kurdish musicians live in Europe. 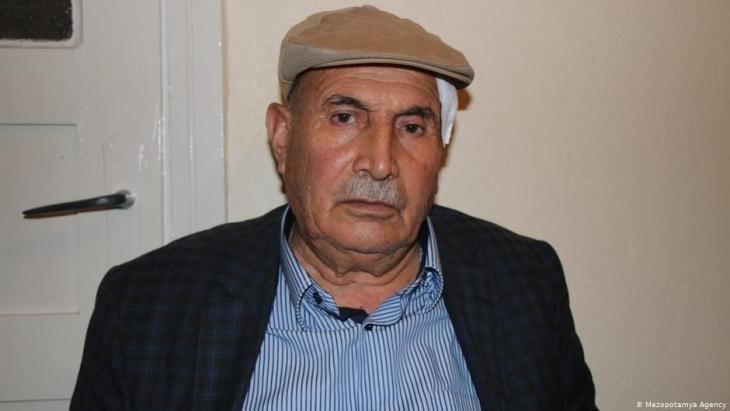 Victim of nationalist violence: 74-year-old Ekrem Yasli was beaten up by six young men because he was speaking Kurdish to his wife while visiting her in hospital. The attackers cried out ʺThis is Turkey!” As a result, Yasli himself ended up needing hospital treatment

Just a few days ago, 74-year-old Ekrem Yasli was beaten up by six young men because he was speaking Kurdish to his wife while visiting her in hospital. The attackers cried out ʺThis is Turkey!” As a result, Yasli himself ended up needing hospital treatment. Not long before, 19-year-old Sirin Tosun was lynched and then shot dead, also because he had been speaking Kurdish.

One week previously, Cigdem Toprak wrote in the German newspaper Die Welt that although there was prejudice and discrimination in Turkey, there was no ʺracismʺ – or in other words: there are no institutional mechanisms that exclude Kurds as a race from senior positions, for example. This is true – a Kurd can become president of Turkey – but only if he never speaks Kurdish and supports every single inhuman policy introduced by the Turkish state – for example, the cruel ʺanti-terror deploymentsʺ in majority Kurdish areas.

Furthermore, it is also racist to deny the Kurds the right to their own state: why should they not be allowed the same thing as Turks, Arabs, Persians, Germans and the French? The nation state is certainly not the most elegant invention of more recent centuries, but it is important to understand that discrimination against the Kurds is not solely expressed through direct violence.

As Syrian camps housing families of Islamic State fighters get more dangerous, there are calls to bring children out, even if the mothers don't want to go. The idea of separating ... END_OF_DOCUMENT_TOKEN_TO_BE_REPLACED

The Kurds are under attack from two sides: from Turkey, and from Iran. The situation in their territories in northern Iraq is becoming increasingly desperate. Birgit Svensson ... END_OF_DOCUMENT_TOKEN_TO_BE_REPLACED

Hundreds of porters, locally known as ‘kolbars’, cross the mountainous border between Iran and Iraqi Kurdistan all year round. With Iran’s economic crisis deepening, ever more ... END_OF_DOCUMENT_TOKEN_TO_BE_REPLACED

The Syrian conflict remains insoluble for the time being. Yet Europe could start managing it better. By reorganising humanitarian aid supplies, becoming more involved in the ... END_OF_DOCUMENT_TOKEN_TO_BE_REPLACED

Bachtyar Ali sends the hero of his latest novel – "Mein Onkel den der Wind mitnahm" – literally flying. Jamshid is so thin after his years as a political prisoner that a gust of ... END_OF_DOCUMENT_TOKEN_TO_BE_REPLACED

In this essay, renowned Lebanese journalist and writer Hazem Saghieh asks whether the Arab Levant, which stretches from Iraq in the east to Egypt in the west, will remain an ... END_OF_DOCUMENT_TOKEN_TO_BE_REPLACED
Author:
Tayfun Guttstadt
Date:
Mail:
Send via mail

END_OF_DOCUMENT_TOKEN_TO_BE_REPLACED
Social media
and networks
Subscribe to our
newsletter