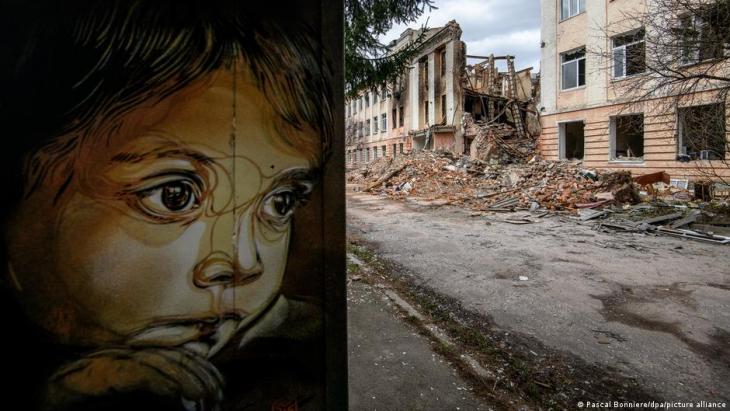 Very different Western reactions to the suffering in Ukraine and the Arab world show that there is a profound rift among cultures. Essay by Michael Young

Whatever else one says about the Ukraine conflict, it has been an eye-opener when it comes to the thinking in many Western societies. Peel away the layers of outrage with the Russian invasion and the message is not really one about the righteousness of liberal democracy in the face of authoritarianism. It is about selectiveness when it comes to those to whom liberal values should apply.

Liberal internationalism was a reaction to European power politics during the 19th century, whose principal mechanism was the pursuit of a balance of power. It holds that spreading liberal democratic government and practicing open diplomacy – thereby replicating the openness we seek in human beings – is crucial. Liberal values, because they are universal in their moral implications, should apply across the globe, especially as an international order based on democratic systems is purportedly more stable than one based on amoral power relations.

Internationalism is not limited to Western liberalism, however, as communism and most major religions are driven by strong internationalist impulses as well. With the Ukraine conflict, a distinctive message has gained ground in the West, of the sort that Ukraine’s defence is the defence of liberal democracy itself. Ukrainian officials have shrewdly echoed this in their appeals, arguing that the universal values so cherished by the West are meaningless if they are not defended in Ukraine. The message has resonated powerfully among Western audiences. 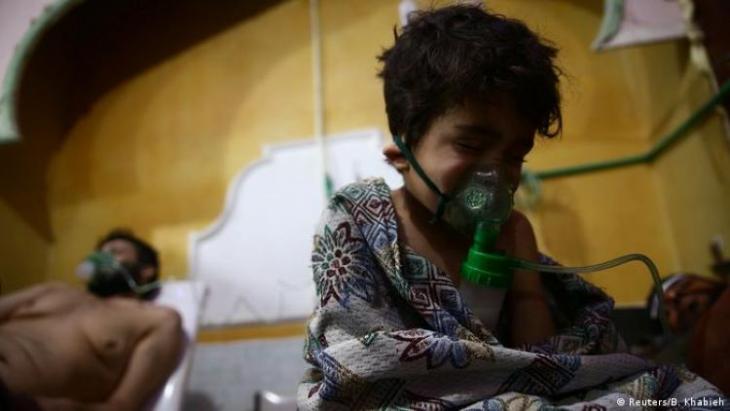 Too far away, too foreign? Even when the Syrian regime used chemical weapons against civilians in August 2013, a New York Times/CBS News poll showed that 60 percent of respondents in the United States opposed military action in retaliation. This was despite the fact that 75 percent of those polled said they thought Bashar al-Assad’s forces had indeed used such banned weapons

No one can blame the Ukrainians for manipulating the high opinion Western countries have of themselves. But it is odd that when Arab societies rose up against their autocratic regimes in 2011, and again later in the decade, reactions in the West were mitigated. Perhaps that’s because there has long been a sense there that the Arab world is not really prepared for democracy, nor does it have a democratic tradition. Francis Fukuyama, in his book America at the Crossroads, expressed this view when he wrote that Arab societies did not have the institutions to "move from an amorphous longing for freedom to a well-functioning, consolidated democratic political system with a modern economy".

Lee Smith, a conservative American author, was similarly sceptical about Arab qualifications for democracy. In his book The Strong Horse: Power, Politics, and the Clash of Arab Civilizations, Smith criticised a U.S. belief in Arab democracy. "The Arabs did not understand the principles of representative government," he wrote, "but the White House’s freedom package included no instructions on how democracy actually works. Instead, it was handed off like a toy on Christmas morning, like an iPhone left out for the Arabs to figure out on their own".

One can debate whether Fukuyama and Smith are right, but a decade after Arab societies rose up against their autocrats, many in the West still scoff at the notion of a democratic Arab world. That’s surprising, since few people have paid as high a bounty on its behalf. It is equally surprising because the sceptics' thinking is contradictory and circular. It is contradictory in that accepting that Arab societies are not ready for democracy indirectly strengthens dictatorships, making democracy even less probable. And it is circular in that assuming Middle Eastern societies are institutionally unprepared for democracy only encourages autocrats to ensure that their societies remain institutionally unprepared for democracy. 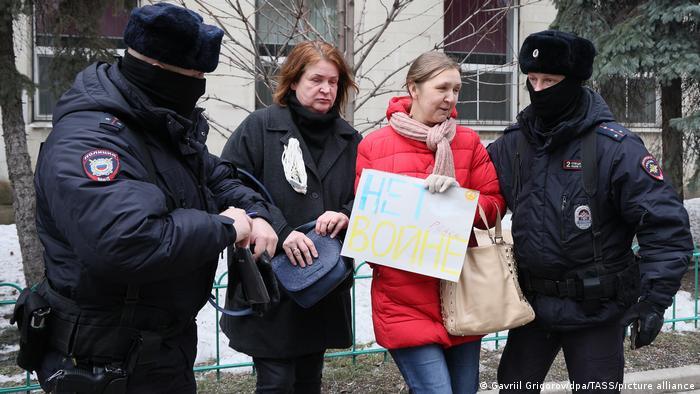 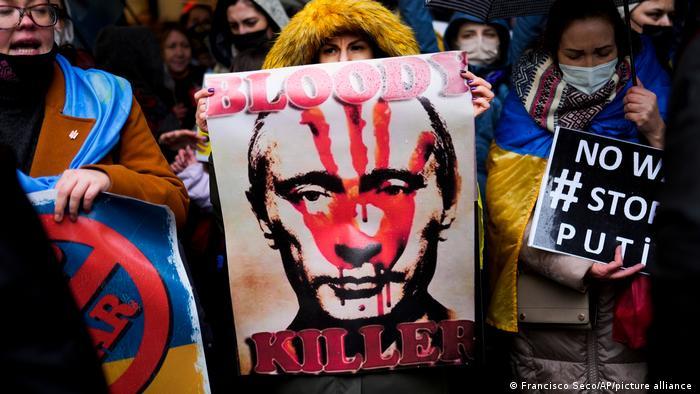 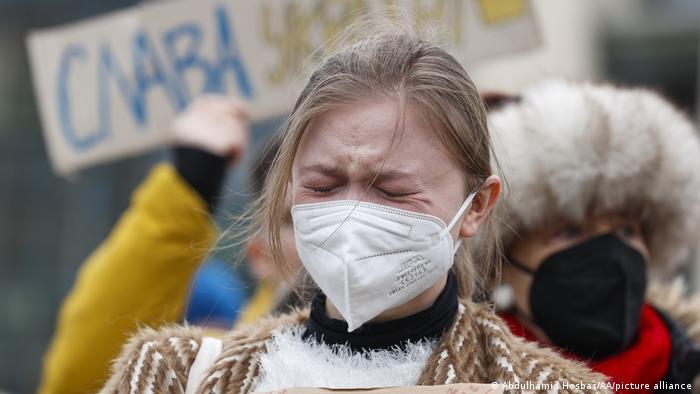 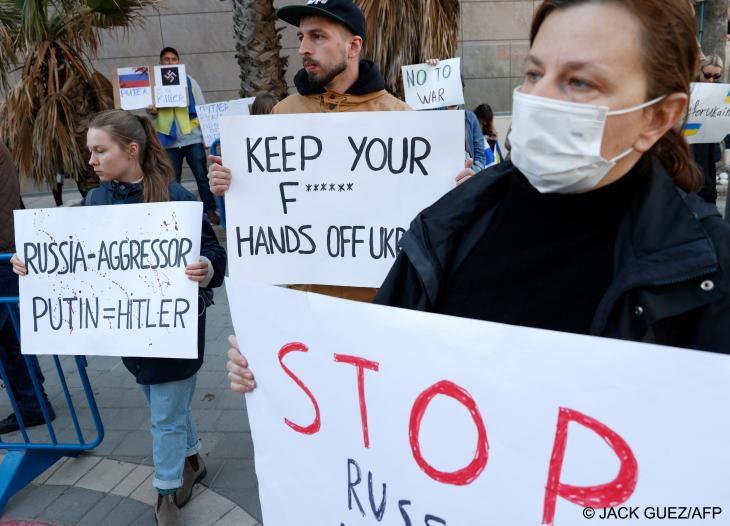 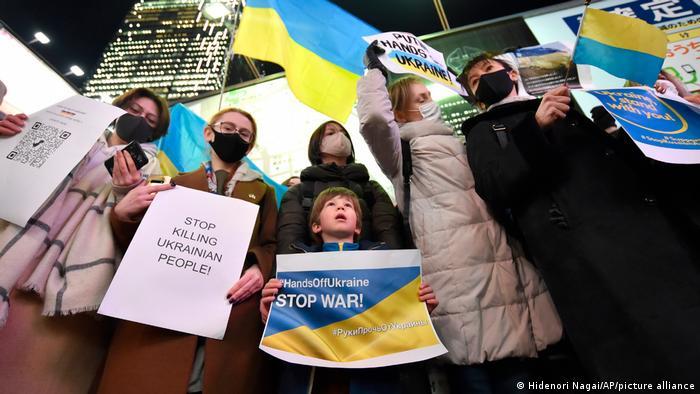 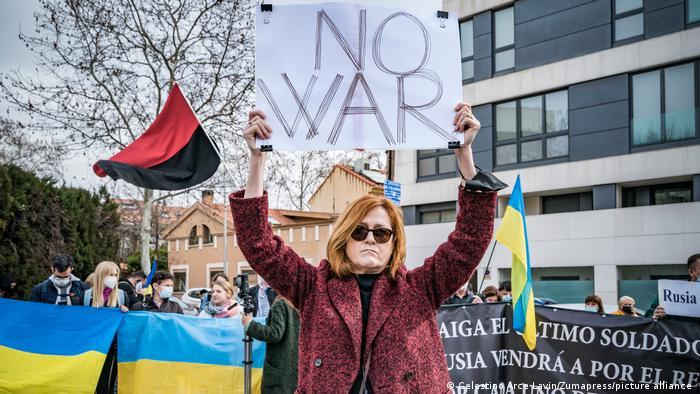 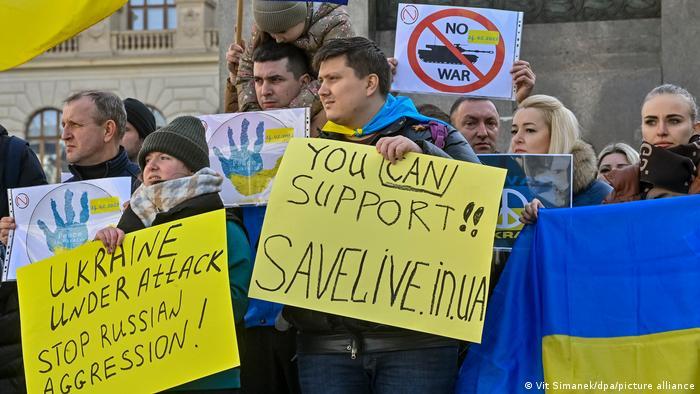 This wooliness explains why the internationalist message that has been applied to Ukraine so effortlessly, has been loaded with caveats when considering Arabs or Muslims. As the Ukraine war grinds on, some observers have made the connection, even if the Middle East and North Africa have often merited no more than condescending, scornful asides by some observers. Recall all those correspondents at the start of the Ukraine war who tried to explain that what made the conflict so shocking was that it was happening in "civilised" Europe, not in (by implication "uncivilised") Iraq or Afghanistan, where fighting had "raged for decades".

Yet one would normally expect decades-long, raging conflicts to be shocking. Apparently not. Nearly 7 million Syrians have become refugees since 2011, amid relative Western disinterest, other than the European Union’s efforts to ensure that the refugees didn’t reach Europe. When German chancellor Angela Merkel broke with this approach in 2015 and announced that Germany would take in refugees, the EU nearly cracked as countries rejected her request to do the same. Meanwhile, over 350,000 people have died in the Syrian conflict, while another 233,000 people have died in Yemen’s war. Some 4 million Yemenis have been displaced and, in September 2021, over 5 million were at risk of famine.

Sadly, a question of identification

These tragedies have provoked no reactions in the West remotely comparable to the solidarity shown with Ukraine. Indeed, even when the Syrian regime used chemical weapons against civilians in August 2013, a New York Times/CBS News poll showed that 60 percent of respondents in the United States opposed military action in retaliation. This was despite the fact that 75 percent of those polled said they thought Bashar al-Assad’s forces had indeed used such banned weapons.

It’s easy to denounce such reactions as "racist". But that doesn’t tell us much. Racism is more present in all cultures than people care to acknowledge. But what it does tell us is that the internationalist rhetoric that has characterised much Western interpretation of the Ukrainian tragedy is nothing of the sort. For many in the West, human rights and humanitarian concerns, like liberal democratic values, really only matter when they involve those with whom these people identify.

That’s a shame, as for a brief moment the moral fervour over Ukraine allowed us to imagine there was a revival of liberal internationalism in a world otherwise littered by blinkered nationalism. It was not to be. Maybe that’s why it’s time to consider that the territorial nationalism cosmopolitans dread may not be the major threat. The march of globalisation will cause fantasies of nationalistic retrenchment to recede. But a sort of civilisational, or cultural, version of nationalism – in which people sympathise primarily with those who share their cultural traits, at the expense of universal values – is replacing it. It could become a greater problem because it encompasses larger geographical entities. That was the thrust of Samuel Huntington’s "clash of civilisations" thesis, and little has called it into question.

Those comparing Westerners’ sympathy for the plight of Ukraine to the relative indifference they have shown for that of Arabs and Muslims in the past decade often reach for a stock phrase from George Orwell’s Animal Farm. His line about all animals being equal, but some being more equal than others, has seemed a good way of mocking Western double standards. But if you take out "animals" and insert "cultures" you would be closer to the truth of what is happening today.

Michael Young is the editor of Diwan and a senior editor at the Malcolm H. Kerr Carnegie Middle East Center.

Rumi's poems, though generally stripped of their Islamic symbolism, are hugely popular around the world. Yet Islamic mysticism is still very much at the heart of these verses. ... END_OF_DOCUMENT_TOKEN_TO_BE_REPLACED

The documentary "Nadia" tells the incredible story of Nadia Nadim, who was forced to flee from the Taliban as a child and became a football star. By Annabelle Steffes-Halmer END_OF_DOCUMENT_TOKEN_TO_BE_REPLACED

Three award-winning female directors appeal to the international film industry to save Afghan cinema. Supporting women filmmakers is more important than ever. By Christine Lehnen END_OF_DOCUMENT_TOKEN_TO_BE_REPLACED

Russia's ranking on the World Press Freedom Index has fallen again over the Kremlin's wartime censorship of the Ukraine conflict. From Myanmar to Mexico, journalists continue to ... END_OF_DOCUMENT_TOKEN_TO_BE_REPLACED

END_OF_DOCUMENT_TOKEN_TO_BE_REPLACED
Social media
and networks
Subscribe to our
newsletter