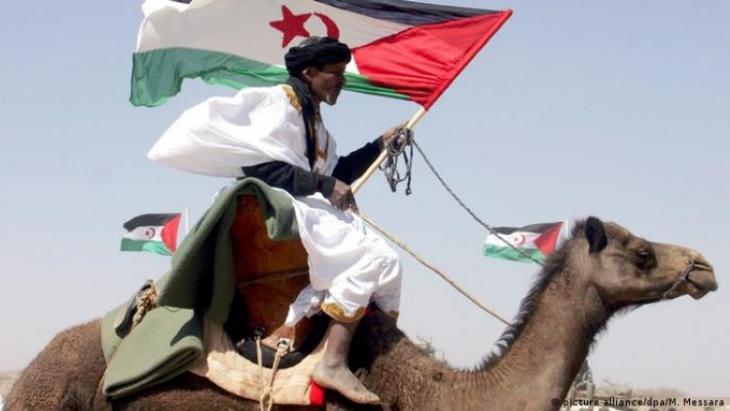 The U.N. Security Council called for a revival of U.N-led negotiations on the disputed Western Sahara in a resolution adopted on Thursday that expressed “deep concern” at the breakdown of the 1991 cease-fire between Morocco and the pro-independence Polisario Front whose decades-old dispute shows no sign of ending.

The vote was 13-0 with Russia and Kenya abstaining. Morocco annexed Western Sahara, a former Spanish colony believed to have considerable offshore oil deposits and mineral resources, in 1975, sparking a conflict with the Polisario Front. The United Nations brokered the 1991 cease-fire and established a peacekeeping mission to monitor the truce and help prepare a referendum on the territory's future that has never taken place because of disagreements on who is eligible to vote.

Morocco has proposed wide-ranging autonomy for Western Sahara. But the Polisario Front insists the local population, which it estimates at 350,000 to 500,000, has the right to a referendum.

The U.S.-drafted resolution extended the mandate of the U.N. peacekeeping mission charged with conducting the referendum, known as MINURSO, until 31 October 2023. The resolution calls on the parties to resume U.N.-led negotiations without preconditions, "taking into account the efforts made since 2006 and subsequent developments with a view to achieving a just, lasting and mutually acceptable political solution, which will provide for the self-determination of the people of Western Sahara".

It says this should be done "in the context of arrangements consistent with the principles and purposes of the Charter of the United Nations and noting the role and the responsibilities of the parties in this respect".

Kenya's U.N. Ambassador Martin Kimani said his government voted for the resolution last year in hopes that the U.N. mission would return "to its core objective of implementing a referendum for the self-determination of the people of Western Sahara". But he said progress has been limited and the resolution adopted Thursday "continues a gradual but noticeable shift away from the mandate and will not assist the parties to achieve a just, lasting, and mutually acceptable political solution as originally intended".

U.S. deputy ambassador Jeffrey DeLaurentis welcomed the council's support, saying the Biden administration continues "to view Morocco's autonomy plan as serious, credible, and realistic". He called a political solution “vital to promoting a peaceful and prosperous future for the people of Western Sahara and the region”.

But the Polisario Front ended the ceasefire in November 2020 and resumed its armed struggle following a border confrontation with Morocco which continues today and, in comments after the vote, the two sides remained at odds about the future.

The resolution calls on the parties to "demonstrate political will and work in an atmosphere propitious for dialogue in order to advance negotiations". It expresses "strong support" for Secretary-General Antonio Guterres' personal envoy for Western Sahara, Staffan de Mistura, and "strongly encourages" Morocco, the Polisario Front and neighbouring countries Algeria and Mauritania to engage with him.

Two round-table meetings of the four parties in December 2018 and March 2019 failed to make any headway on the key issue of how to provide for self-determination. But Morocco's U.N. Ambassador Omar Hilale said after Thursday's vote that they were "very fruitful and positive and substantial", because "we had very deep discussion on autonomy, on the guarantees, on the need for Polisario to design and to accept autonomy, and also on the elections".

He expressed hope that de Mistura "will succeed in calling for another round-table", lamenting that a year has been lost because Algeria, which backs the Polisario, "has said it will not attend".

"Let's hope that the wisdom will prevail in Algeria, and we can come back to the round-table because there will be no solution without discussion altogether and having compromise" on Morocco's autonomy proposal, Hilale said.

He claimed that the resolution adopted on Thursday "irreversibly consecrates, like the resolutions of the council since 2007, the pre-eminence, credibility and seriousness of the Moroccan autonomy initiative as the sole and only solution to this regional dispute".

The Polisario Front's U.N. representative, Sidi Omar, strongly disagreed. He said the Security Council resolution refers to the referendum but again fails to empower MINURSO with "practical and concrete measures" to implement its mandate and conduct a referendum.

The Sahrawi people "will continue using all legitimate means, including the armed struggle, to defend our inalienable and individual rights to self-determination, independence, and to restore the sovereignty over the entire territory of the Sahrawi, our democratic republic", Omar said.

He said the Polisario Front will only participate in direct negotiations with Morocco under the auspices of the U.N. and the African Union to enable the Sahrawi people to exercise their free and democratic right to self-determination.    (AP)

More on this topic
The EU's diplomatic dilemma: Morocco and Algeria square off over Western SaharaMorocco and Spain: What price Madrid and Rabat's "historic" reconciliation?Western Sahara conflict: "One day we will be free"
Home
Print
Newsletter
MoreAll Topics

END_OF_DOCUMENT_TOKEN_TO_BE_REPLACED
Social media
and networks
Subscribe to our
newsletter