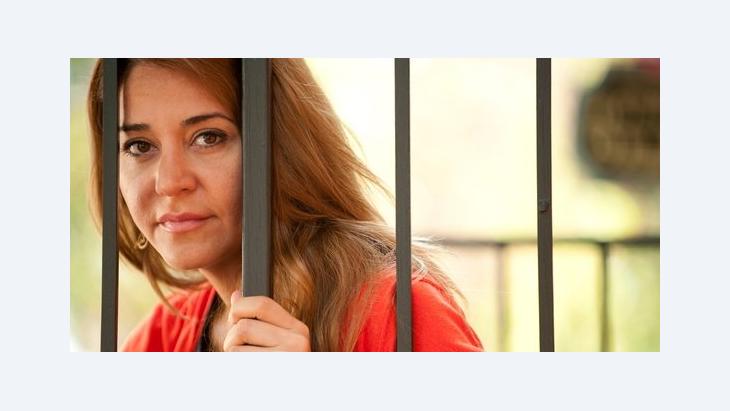 ''We Syrians have become pretty fearless''

﻿Syria's former star radio presenter Honey Al-Sayed is certain that Assad will be toppled. In her article she writes that ﻿for a free, democratic Syria, there will have to be strategic planning, political awareness and effective internal, regional and international support

﻿Some people may think the Arab world is not ready for democracy. Let's take a look back first: Arab history is also the history of tribal societies with patriarchal structures – an essential, if not the only prerequisite for the emergence of autocratic forms of government. The fact that we Arabs have allowed ourselves to be ruled and suppressed by dictators for so long probably also has something to do with this socio-historic legacy. But this is not the only factor.

After all, the survival of these dictatorships has as much to do with the influence of other nations as with Arab leaders' greed for power and resources. And as usual it is we, the people, who have to foot the bill.

Even though the Assad regime and other authoritarian rulers have occasionally pursued a cautiously open approach: these efforts never had any real depth. Corruption continued to be rampant. The economy appeared to be booming. But the rich became richer, the poor became poorer and the middle class shrank. And the demographics? 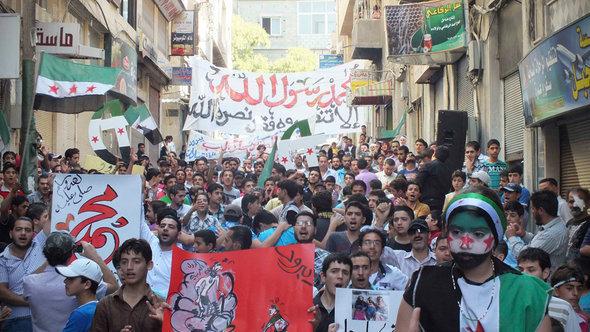 Acting fearlessly: Millions of people in cities and rural areas are expressing their political views – despite the fact that since March 2011, more than 30,000 people have lost their lives in the conflict

​​In a region where 60 percent of inhabitants are young, often jobless people connected the rest of the world via the Internet, it was clear what was going to happen. Together, these factors form a breeding ground for radical change. And the fear of dictators? It has gradually dissolved.

In the meantime, we Syrians have also become pretty fearless. Millions of people in cities and rural areas are expressing their political views – actively, courageously and without regard for the losses they might incur. Their tribal affiliations often play a decisive role in this, also when it is a matter of mobilising political and armed opposition against Assad or organising paramilitary forces in support of the regime.

Regardless of their tribal affiliations, the Syrians yearn for change, for dignity, democracy and freedom. But can we bring about real changes? Since March 2011, more than 30,000 people have given their lives so that we, the living, can make the right decisions.

But will we be in a position to do this? Will we elect the next dictator – following the "example" of the Islamic Revolution in Iran? Or will we opt for a Lebanese-Iraqi mix – inclusive of religiously and ethnically motivated violence? Will post-Assad Syria disintegrate into its separate parts? When it's all over, will we install a Muslim Brother at the helm of the nation à la Egypt?

If a nation decides to liberate itself after years of repression, then there are many conceivable scenarios. In Syria's case few of these inspire confidence. No, the transition will not be easy for Syria. It will be a bloody process employing the "trial and error" method.

The ousting of a regime is not the end of the story. And the question is not whether the Assad regime will fall, but when. When it falls, it will do what it can to take Syria down with it. The longer the Assad regime survives, the greater the damage left behind in its wake: a traumatised society deeply divided by the civil war. It will be years before the wounds have healed, and before reconciliation and a new beginning are feasible.

What we need now is a politically unified opposition – both internally and in its dealings with others. A clear vision, strategic planning, political awareness and effective internal, regional and international support are essential for a free, democratic Syria when the conflict has reached its end.

﻿The vision of a strong, free, civilised Syria

In a stable political system, which is the foundation for the democratisation process post-Assad, there must also be room for secularists and moderate Islamists, for Syrian-Arab clans and religious and ethnic minorities. 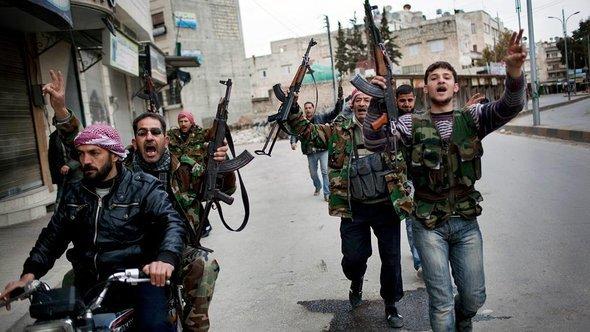 "We need a politically unified opposition," says Honey Al-Sayed. The Syrian opposition is divided into various camps, meaning that civil strife in post-Assad Syria is likely to continue

​​A new Syria can emerge from a fundament such as this – a strong, free, civilised Syria that opens itself up to the world and the global economy.

Let's not forget one thing: there's a reason why for millennia, Syria was the cradle of a variety of civilisations. Fifty years of authoritarian rule may have robbed us of dignity, decency and freedom. But they cannot rob us of our roots, our history and our identity.

Optimists are predicting that the new Syria will emerge within a decade. Less confident observers believe we are facing decades of instability. Pessimists even doubt whether Syria will ever be stable again. I don't agree with the pessimists at all.

Whether or not it takes 10, 30 or 40 years: I have absolute confidence that the Syrian people will eventually be able to hold their heads up high again and breathe in the scent of Damascene roses and jasmine blossoms. Reality always begins with a dream. And with the resolve to realise that dream. And resolve is not something the Syrian people are lacking.

Until early 2012, Honey Al-Sayed presented a popular morning radio show on Al-Madina FM, Syria's first independent radio broadcaster. Eight months ago she decided to leave Syria, and currently lives in the US.

The COVID-19 pandemic has triggered a public-health emergency and a steep reduction in oil prices, which represents a perfect storm for the Middle East, where everything from ... END_OF_DOCUMENT_TOKEN_TO_BE_REPLACED

Churches in the Middle East – Coptic, Eastern Orthodox, Maronite – typically share the conservative values of their Islamic surroundings. Yet the resistance of Arab Christian ... END_OF_DOCUMENT_TOKEN_TO_BE_REPLACED

Saudi Arabia has called on Muslims across the world to put their hajj preparations on hold for the time being. The corona pandemic is impacting one of the central pillars of ... END_OF_DOCUMENT_TOKEN_TO_BE_REPLACED

Ramadan begins this week even as the coronavirus pandemic up-ends life around the world. The crisis is forcing Muslims to re-think traditions and find new approaches to one of ... END_OF_DOCUMENT_TOKEN_TO_BE_REPLACED

The coronavirus pandemic has disrupted social and economic life across the globe. But in the Middle East, authorities have coupled religious edicts with public health advice to ... END_OF_DOCUMENT_TOKEN_TO_BE_REPLACED

As COVID-19 sweeps across the globe, it is forcing religions to adapt and take action to prevent infection. But experts warn against using the crisis to fuel conspiracy theories. ... END_OF_DOCUMENT_TOKEN_TO_BE_REPLACED
Author:
Honey Al-Sayed
Date:
Mail:
Send via mail

END_OF_DOCUMENT_TOKEN_TO_BE_REPLACED
Social media
and networks
Subscribe to our
newsletter