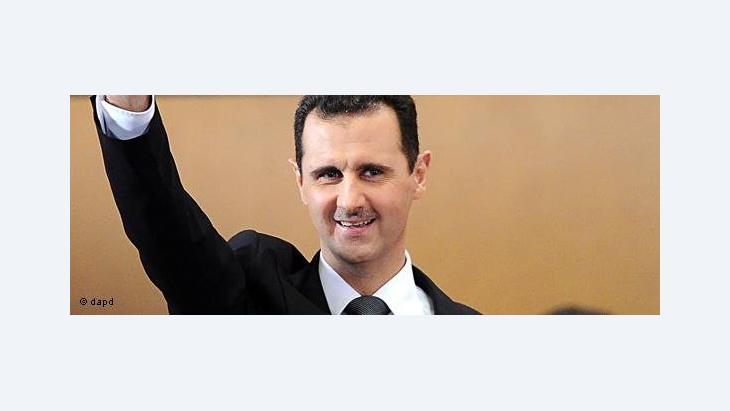 Uprising against the Ba'ath Regime in Syria

﻿The Syrian regime continues to count many supporters both at home and abroad. This means there would be little point in launching a military intervention, says Bahman Nirumand

Following the seismic shifts that have been taking in several Arab nations throughout the year so far, all eyes are currently on Syria. But unfortunately, conditions for a regime change and the introduction of democratic structures are considerably less favourable here.

The Assad clan has succeeded in winning the allegiances of broad sections of the Syrian upper and middle classes on a national level – for the most part through years of economic reforms that have created a culture of dependency.

In addition, he has at least guaranteed the population stability and security in lieu of freedom and justice. In view of the geographical location of the country, and the hostility between some ethnic groups or religious minorities, this is of existential significance for the Syrian people. The regime has been able to present itself as a bulwark against radical Islamism and ethno-confessionalism.

Fear of chaos and civil war

If nothing else, this aspect is making it difficult for the opposition to form a viable alternative to those in power. Fear of chaos or a civil war – a fear that has been stoked with official propaganda for years – prevents many people in Syria from joining the rebel movement. 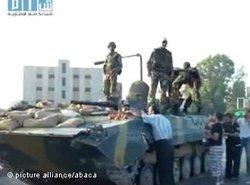 Scenes reminiscent of the crushing of the 1982 uprising: The Syrian army deploys tanks and fighter jets against demonstrators in the rebel stronghold of Hama

​​Syria's neighbours Iraq and Lebanon are also shining examples of what could flourish here following any ousting of Assad. Many still remember the 1982 massacre of Hama and the murder of hundreds of Syrian Kurds in 2004, and fear that toppling the president could trigger acts of revenge primarily targeted at the minority Alawite Shiite community, which has controlled the nation for decades.

The political status quo at home means that Damascus feels its brutal crackdown against the rebels is justified. Despite thousands of deaths, injuries and individuals still unaccounted for, this is not enough to force those in power to resign, not to mention instigate appropriate reforms.

The foreign policy situation is even more favourable to the regime than domestic circumstances. Geographically speaking, the nation is located in one of the world's most dangerous flashpoints. Surrounded by neighbours such as Israel, Lebanon and Iraq, countries themselves facing serious security challenges, Syria maintains its national sovereignty with a finely-tuned foreign policy.

For decades now, Syria has played a leading role in the Arab front against Israel. It supports the radical Palestinian organisation Hamas and the Hezbollah in Lebanon. Israel has occupied the Syrian Golan Heights for 30 years. Nevertheless, the border between Israel and Syria is Israel's most secure and peaceful frontier. Finally therefore, from an Israeli point of view Syria, although hostile, is one of the most reliable guarantors of stability across the entire region. This also explains why Tel Aviv views any potential regime change in Damascus with great scepticism.

For the same reason, there have been several examples of US and EU efforts to achieve a normalisation in relations with the Middle Eastern nation that George W. Bush once denounced as part of the axis of evil.

In January of this year in fact, US President Barak Obama decided to send an ambassador to Damascus. In late March, at a time when the unrest in Syria had long gripped broad swathes of the nation, US Secretary of State Hillary Clinton said there would neither be any official condemnation of Syria, nor would there be any intervention. 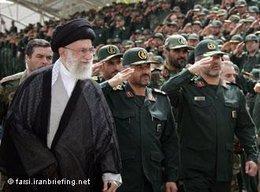 Diverse possibilities for diplomatic manoeuvres: Assad can be assured of support from the leadership of the Islamic Republic of Iran

​​Even now, despite the mass human rights violations, the West does not appear to be considering a military solution for Syria such as that presented by NATO – and I agree that this would be totally insane. Any bombardment of Syria would trigger conflagration across the region.

It is also important to remember that in spite of rapprochement efforts on the part of the West, which were positively received by the Assad regime, which even said it was ready to enter into negotiations with Israel, the ruler in Damascus is also viewed by the masses in Arab countries as one of the few champions of Palestinian rights. The dictator has also made full use of this reputation in moves to consolidate his power base across the region.

Damascus can rely on sufficient backing to the East. The close, probably pragmatic friendship with rulers in Iran gives Assad, alongside economic advantages, diverse possibilities for diplomatic manoeuvres in the Middle East. Tehran is also existentially interested in maintaining close ties with Damascus, without which Iran would largely lose its influence in the region. This is why Tehran is doing all it can to keep Assad in power. Western intelligence agencies even report that Tehran is providing logistical and military aid.

Turkey has also established multi-faceted relations with Syria in recent years. Numerous agreements in the security, economic, foreign policy and tourism sectors have deepened the fledgling friendship between Ankara and Damascus. Nevertheless, following the failure of recent attempts to encourage Damascus to relent and implement reforms, Turkey has evidently distanced itself from Syria.

Clearly, Recep Tayyip Erdogan's government cannot reconcile its role model status in the Arab-Islamic world with toleration of the massacres in Syria. But Ankara's protests must not necessarily be interpreted as a desire to see regime change in Syria.

The position of Russia and China is on the other hand unambiguous. Because of strategic or economic considerations they are against regime change and, at a recent session of the UN Security Council, even rejected resolutions or sanctions.

In view of this state of affairs, one question persists – who, apart from most of the Syrian population, might like to see the Assad era brought to an end? Even Saudi Arabia, a staunch opponent of the Assad regime, fears the potentially negative impact of a rebel victory in Syria at home. The example of Syria provides further proof that in politics, the issues of human rights, democracy and freedom do not play a crucial role in either East or West.

Ronya Othmann's novel "Die Sommer" (The Summers) tells the story of Leyla – the daughter of a German and a Yazidi Kurd – who visits her grandparents' Yazidi village in northern ... END_OF_DOCUMENT_TOKEN_TO_BE_REPLACED

In the first case of its kind anywhere in the world, a German court is probing Syria's state torture system. Giving testimony at the trial is one of Syria's most widely respected ... END_OF_DOCUMENT_TOKEN_TO_BE_REPLACED

Political scientist Hugo Micheron on the origins of Islamist terrorism in France, his conversations with jihadists – and on the trial now beginning against the perpetrators of the ... END_OF_DOCUMENT_TOKEN_TO_BE_REPLACED

Five years ago, as hundreds of thousands of refugees came to Germany, Chancellor Angela Merkel maintained: "We can do it." How has Germany – and those who sought asylum – managed ... END_OF_DOCUMENT_TOKEN_TO_BE_REPLACED

Five years ago, Samer Serawan spent many long, cold nights in a muddy courtyard in Berlin, one of many Syrians who queued up to live in Germany. Now he has a successful restaurant ... END_OF_DOCUMENT_TOKEN_TO_BE_REPLACED

In Lebanon, collective trauma is obvious. The explosions in Beirut on 4 August will have triggered memories of the civil war in many people. By understanding how individual and ... END_OF_DOCUMENT_TOKEN_TO_BE_REPLACED
Author:
Bahman Nirumand
Date:
Mail:
Send via mail

END_OF_DOCUMENT_TOKEN_TO_BE_REPLACED
Social media
and networks
Subscribe to our
newsletter