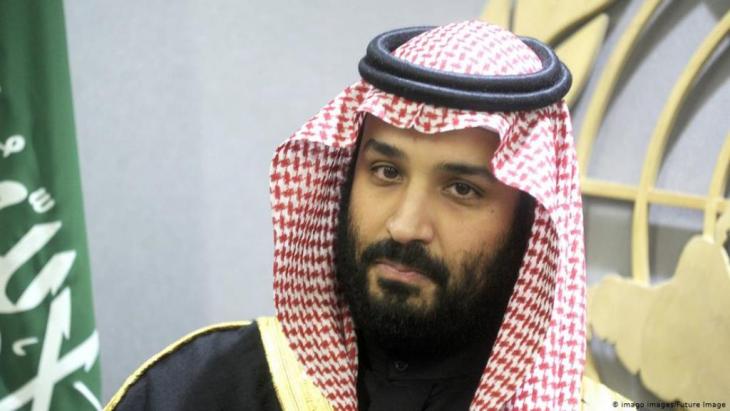 The former U.S. vice president pledged in his campaign to reassess ties with Saudi Arabia, demanding more accountability over the killing of Saudi journalist Jamal Khashoggi in Riyadh’s Istanbul consulate and calling for an end to U.S. support for the Yemen war.

As other Arab states raced to applaud the Democrat challenger, the kingdom’s de facto ruler Crown Prince Mohammed bin Salman remained silent on the U.S. vote even as he sent warm words to the president of Tanzania on his re-election.

“King Salman praised the distinguished, historic and close relations between the two friendly countries and their people which everyone looks to strengthen and develop at all levels,” SPA added.

Prince Mohammed’s relationship with Donald Trump had provided a buffer against international criticism over Riyadh’s rights record sparked by Khashoggi’s murder, Riyadh’s role in Yemen’s war and the detention of women activists.

Those areas may now become points of friction between Biden and Saudi Arabia, a major oil exporter and buyer of U.S. arms.

“The only thing worse than COVID-19 would be BIDEN-20,” wrote Saudi Twitter user Dr Muna, while many other Saudi users of the social media platform simply ignored the result in the initial hours after U.S. networks called the election for Biden.

A Saudi political source played down the risk of a falling out between the kingdom and the United States, pointing to Riyadh’s historic ties with Washington.

Fearing a review of relations

But Saudi Arabia’s Okaz newspaper offered a sense of the uncertainty about how the future plays out for the kingdom. “The region is waiting ... and preparing ... for what happens after Biden’s victory,” it wrote in a front page article.

The kingdom may not have to wait long. Neil Quilliam, associate fellow at Britain’s Chatham House think-tank, said the Biden administration would likely seek to signal early on its discontent with Saudi domestic and foreign policies.

“The Saudi leadership is concerned that a Biden administration and a hostile Congress will carry out a full review of relations, including re-evaluating defence ties and therefore will likely make positive sounds and moves towards ending the Yemen conflict,” he said.

Saudi Arabia was an enthusiastic backer of Trump’s “maximum pressure” of tough sanctions on regional rival Iran. But Biden has said he would return to a 2015 nuclear pact between world powers and Tehran, a deal negotiated when Biden was vice president in Barack Obama’s administration.

Abu Zaid, a cashier at a supermarket in Riyadh, said he hoped Biden would take a different approach. “I am not happy with the Biden win, but I hope he learns from Obama’s mistakes and realises that Iran is a common enemy,” he said.

A Saudi political source said the kingdom had “the ability to deal with any president because the U.S. is a country of institutions and there is a lot of institutional work between Saudi Arabia and the United States.”

“Saudi-U.S. relations are deep, sustainable, and strategic and not prone to change because a president changes,” he said.

Prince Mohammed had denied ordering Khashoggi’s killing but in 2019 he acknowledged some personal accountability by saying that it happened on his watch. Riyadh has jailed eight people for between seven and 20 years in the case.

Surging coronavirus cases in many parts of the world have overshadowed the start of this year's Muslim holy month of Ramadan, with festivities once again curtailed by contagion ... END_OF_DOCUMENT_TOKEN_TO_BE_REPLACED

The Prophet Muhammad never executed anyone for apostasy, nor encouraged his followers to do so. Nor is criminalising sacrilege based on Islam’s main sacred text, the Koran. In ... END_OF_DOCUMENT_TOKEN_TO_BE_REPLACED

German Middle East analyst Guido Steinberg and television journalist Ulrich Tilgner have both published new books on the conflicts in the Middle East. Their analyses and their ... END_OF_DOCUMENT_TOKEN_TO_BE_REPLACED

On 27 March, Iran and China signed a 25-year accord intended to foster "strategic co-operation". Despite ongoing uncertainty over the deal's actual scope, content and chances of ... END_OF_DOCUMENT_TOKEN_TO_BE_REPLACED

Researchers agree that climate change alone cannot be blamed for the outbreak of war in Syria in 2011. However, neither can it be ignored as a reason this once blossoming country ... END_OF_DOCUMENT_TOKEN_TO_BE_REPLACED

END_OF_DOCUMENT_TOKEN_TO_BE_REPLACED
Social media
and networks
Subscribe to our
newsletter