US Foreign Policy and Iran
Of War Games and Guessing Games

The question currently occupying the minds of journalists, politicians and think tanks from Washington to Los Angeles is whether or not the final five months of the Bush administration will see an armed American strike against Iran. Ali Fathollah-Nejad looks for some answers 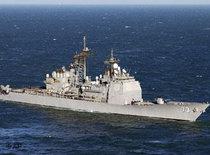 ​​The neoconservative think-tank "Washington Institute for Near East Policy" (WINEP) is considered to be part of perhaps America's most powerful U.S. lobbying organization, the "American Israel Public Affairs Committee (AIPAC)". On May 22, a draft resolution – the conception of which was largely the work of the AIPAC – was presented to the Senate of the U.S. Congress.

Ban on exports and a naval blockade

The intention behind so-called "House Resolution 362 (HR362)" is to stop the export of refined petroleum to Iran and to subject all movement of goods to the country to strict inspection controls. Although the resolution would not be legally binding for the government, it is assumed that U.S. President George W. Bush and his Vice-President Dick Cheney would put it into effect.

HR362 would make a naval blockade necessary – a move that under international law constitutes an act of war. In early June the accompanying "Senate Resolution 580 (SR580)" was also put before the U.S. Senate by Senator John Bayh, the Democratic Congressman who by late June announced his willingness to serve as vice president to a possible U.S. President Barack Obama.

Three weeks after its introduction to the House of Representatives, HR362 already had the approval of one-third of that body's membership. After only two weeks, SR580 also had been approved by one-fifth of Senate members. 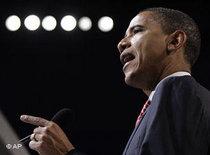 Democratic presidential candidate Barack Obama addressed the AIPAC in June. He argues that his rival McCain is advocating the same Iran policy as President Bush

​​AIPAC's lobbying seemed to have worked. Apparently nothing was to halt the trouble-free passage of both resolutions through the two Houses of Congress. As AIPAC's annual conference in early June reached its close, the organization announced that HR362 has been its "chief legislative priority."

In early July, Seymour Hersh, the United States' best-known investigative journalist, published an article in The New Yorker magazine outlining how in late 2007 Congress has granted Bush's request for 400 million dollars to be made available for the purpose of destabilizing and eventually toppling the Iranian government by means of covert activities and support for radical separatist groups. 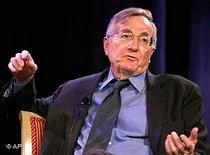 "Bush has done more to terrify the world than anybody I know. The world is so much more dangerous," says Seymour Hersh

​​Among the beneficiaries of this financial and military aid are the Sunni- fundamentalist "Jundullah" (Soldiers of God) from the tri-border area between Iran Afghanistan and Pakistan, and the PJAK – the PKK's Iranian sister organization – and the militant Iranian People's Mujahideen or Mujahideen Khalq Organisation (MKO) – a group listed on the terrorist lists of both the U.S. State Department and the European Union.

In their study, Clawson, deputy director for research at WINEP, and Michael Eisenstadt, director of military and security studies program, scrutinize the consequences of preventive military action against Iran and attempt to explore the most favorable scenario for a successful American or Israeli attack.

They conclude that military action would only be conceivable when world opinion and Washington's European allies were also willing to support it. Such a scenario would require Iran to opt out of the Nuclear Non-Proliferation Treaty, for example.

Were the diplomatic channels to be exhausted without the Iranians being convinced of the need to halt their nuclear program then it is likely that this, too, would suffice as a reason for military action.

It is a scenario that could indeed come to pass if the Western powers – the U.S. and the EU-3 (Germany, France and the United Kingdom) – continue to insist that Iran, although the country is not acting in violation of international law, suspend its uranium enrichment program as a precursor to full negotiations.

"The New America Foundation", a think-tank established in 1999, is situated only a few blocks away from the "Washington Institute". Steven Clemons, director of its American Strategy Program, has mixed feelings about the prospect of a war with Iran in the Bush administration's final months.

Although both military and intelligence services are against such a course, Vice- President Dick Cheney and his camp will continue to push for military action. After all, the Cheney camp has been gaining ground again since last fall, adds Clemons, author of the well-known blog The Washington Note. 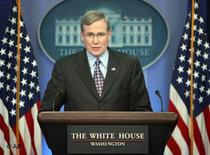 By the end of 2007, National Security Adviser Stephen Hadley addressed the media on the findings of the National Intelligence Estimate on the Nuclear program of Iran

​​The Israeli war rhetoric is also a cause for concern, Clemons admits, because in such a sensitive situation it is likely to stir things up even more. He is not alone in believing that war would require some incident to take place for which the blame could be attributed to Iran.

An incident such as the one that took place at the Gulf of Tonkin and triggered the Vietnam War might provide a possible pretext for going to war again.

He is currently engaged in work with people inside the intelligence milieu on preparation of an updated appraisal by the 16 U.S. intelligence agencies on Iran. Such a new National Intelligence Estimate (NIE) should be ready for publication by September or October this year. 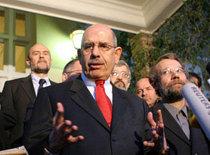 ​​The last NIE on Iran, published in December of 2007, came to the conclusion that Tehran had no nuclear weapons program, thus verifying the findings of the International Atomic Energy Agency (IAEA).

The NIE should confirm this again, according to Clemons, and that should help take some of the wind out of the warmongers' sails. The catastrophic dimension of a war with Iran and the possibility that the Cheney camp might win the upper hand are still too great to just sit back and wait.

Erik Leaver of the "Institute for Policy Studies (IPS)", which has links to the U.S. peace movement, also fears the prospect of the Cheney camp forcing an attack on Iran. He continues to hope that his fears will prove ungrounded. After all, there is still the last "National Intelligence Estimate".

Ali Fathollah-Nejad studied politics, law and economics in Lille (Sciences Po, France), Munster (Germany) and Enschede (Netherlands). He is a founder member of the academic advisory board of the "Campaign Against Sanctions and Military Intervention in Iran" (CASMII).(www.campaigniran.org).

US Support for Militant Groups in Iran
Washington's Dubious Allies
The USA is funding underground activities in Iran with a view to toppling the regime in Teheran. In doing so, it is supporting groups that Washington would normally classify as Islamist and terrorist. Peter Philipp reports

US-President Bush in the Middle East
German Expert: Bush Waited Too Long With Mideast Trip
As US President George W. Bush embarks on a multi-country tour of the Middle East, a prominent German expert says that his chances to achieve something are fairly slim

END_OF_DOCUMENT_TOKEN_TO_BE_REPLACED
Social media
and networks
Subscribe to our
newsletter