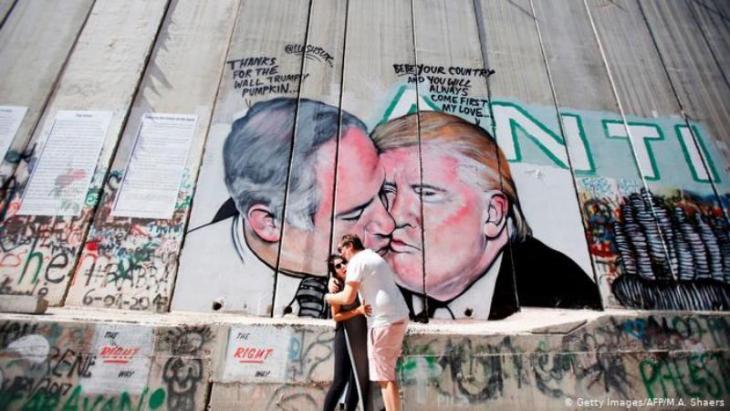 Beyond the latest crisis with Iran, current U.S. Middle East policy is nothing if not chaotic. Many fear that the Trumpian approach could irreparably damage future U.S. administrations and international order as a result. By Stasa Salacanin

Trump’s critics at home and abroad see no strategy in his actions and describe them as aimless, suggesting that the current administration has a problem "articulating its interests and goals in MENA, while its selective actions endanger the stability of the entire region."

Although the U.S. has adopted a passive approach in some instances (Syria), Trump’s impulsive and unpredictable policy towards Iran, as well as towards the Israel/Palestinian conflict, has simply added fuel to the regional fire, while significantly reducing U.S. credibility in the eyes of its MENA partners. Countries across the region, including long-standing U.S. allies, fear being caught in the crossfire of the U.S./Iran conflict and have begun to distance themselves from Washington's more "adventurous" initiatives, while pursuing their own autonomous policies.

Gabriel Glickman, Associate Fellow at the Begin-Sadat Centre for Strategic Studies points out that there is often a misconception that the United States is controlling events in the Middle East – either directly or as a result of its policies. But this perception "obscures the decisions made by Middle Eastern actors themselves."

It is no secret, that President Trump is eager to end the U.S. military presence in the Middle East. Although this stance has earned him popularity at home, Washington's actions on the ground reflect the opposite, suggesting that the objective is scarcely achievable. All the current U.S. president has so far achieved it to further destabilise the region: his successors will have their work cut out to repair the damage he has caused. 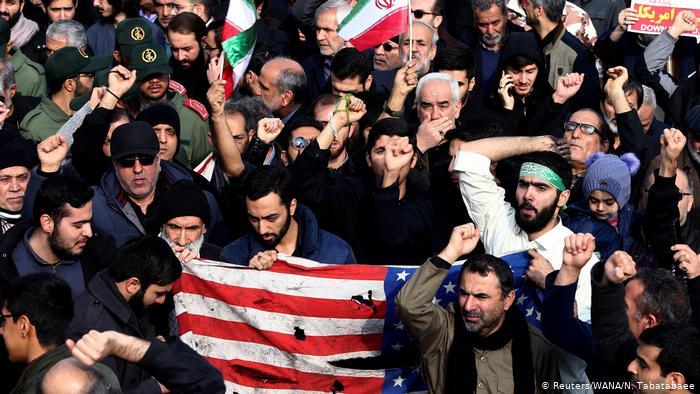 Perpetuating the victim narrative: according to Gabriel Glickman, associate fellow at the Begin-Sadat Centre for Strategic Studies, Iran’s move to roll back the JCPOA is strategic, intentionally presented as a reaction to some greater wrongdoing – most recently, the assassination of Qassem Soleimani

Glickman believes that Trump's objective has been to empower America's allies in the region, while undercutting their enemies – perhaps with a view to establishing a stable order in the Middle East. Since, given the rise of China, U.S. foreign policy focus as a whole has been steadily drifting towards Asia, Glickman regards its policy in the Middle East less as aimless and more conflicted between these two paradigms.

Walking the tightrope with Iran

U.S. decisions have exacerbated seething tensions throughout the region, risking major escalation, such as in the case of Iran. The latest course of events, triggered by the assassination of Qassem Soleimani, may lead to a dangerous miscalculation on the side of Iran or the United States.

In a view of Dr. Robert Mogielnicki, a resident scholar at the Arab Gulf States Institute in Washington, former U.S. administrations decided that the risks associated with deadly strikes on senior Iranian officials outweighed the rewards. President Trump clearly did not arrive at the same conclusion. For Mogielnicki, the primary question now is: will tit-for-tat retaliatory attacks and antagonisation through proxies reflect the new normal, or are the two countries inevitably, if slowly, drifting towards war?

The Prophet Muhammad never executed anyone for apostasy, nor encouraged his followers to do so. Nor is criminalising sacrilege based on Islam’s main sacred text, the Koran. In ... END_OF_DOCUMENT_TOKEN_TO_BE_REPLACED

Surging coronavirus cases in many parts of the world have overshadowed the start of this year's Muslim holy month of Ramadan, with festivities once again curtailed by contagion ... END_OF_DOCUMENT_TOKEN_TO_BE_REPLACED

German Middle East analyst Guido Steinberg and television journalist Ulrich Tilgner have both published new books on the conflicts in the Middle East. Their analyses and their ... END_OF_DOCUMENT_TOKEN_TO_BE_REPLACED

On 27 March, Iran and China signed a 25-year accord intended to foster "strategic co-operation". Despite ongoing uncertainty over the deal's actual scope, content and chances of ... END_OF_DOCUMENT_TOKEN_TO_BE_REPLACED

Researchers agree that climate change alone cannot be blamed for the outbreak of war in Syria in 2011. However, neither can it be ignored as a reason this once blossoming country ... END_OF_DOCUMENT_TOKEN_TO_BE_REPLACED

END_OF_DOCUMENT_TOKEN_TO_BE_REPLACED
Social media
and networks
Subscribe to our
newsletter