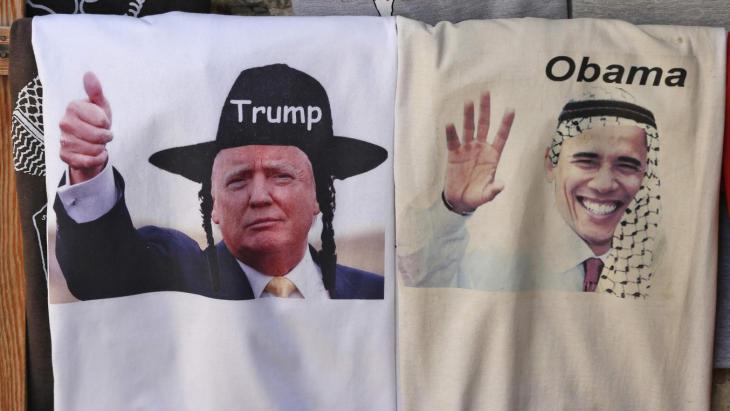 US foreign policy under Trump
Peace in our time?

Donald Trump′s victory in the US presidential election has stunned the world, with many – particularly US allies – feeling more than a little concerned about what his leadership may bring. For desperate Palestinians, however, Trump′s impending presidency could offer a glimmer of hope. Daoud Kuttab explains why

Trump attracted the support of the enraged and frustrated – and Palestinians feel even angrier and more hopeless than the working-class white Americans who supported him. But the main reason for Palestinians′ hopeful response is the same as for US allies′ anxiety: Trump is a political outsider, with few ties to the United States′ foreign-policy tradition or the interest groups that have shaped it.

With so little political and ideological baggage, Trump is not bound to specific positions on most policy issues, whether domestic or foreign. This suggests that he could upend conventions that have often been damaging to Palestine, transforming the rules of the game. In his victory speech, he promised that his administration would ″deal fairly with everyone, with everyone – all people and all other nations.″

A fair US foreign policy certainly sounds appealing and not just to frustrated actors like Palestine. But, in a sense, foreign policy is fundamentally unfair, as national leaders must always put their country first – a reality that Trump also highlighted in his victory speech.

Moreover, US foreign-policy norms did not emerge from nowhere and those who have long defended (or demanded) them have not gone away. Trump may not be particularly indebted to special interest groups now; but even President Barack Obama, who rose to power as an outsider opposed to special interest groups, fell under the influence of lobbyists relatively soon after taking office.

The populist and the casino mogul

As it stands, it is impossible to know which policies Trump, a political novice, will pursue – not least because it is impossible to know which interest groups or donors will wield influence over him. At the moment, he owes nothing to the American Israel Public Affairs Committee (AIPAC), the country′s powerful pro-Israel lobby. But one of the few billionaires who supported him is Sheldon Adelson, a casino mogul and Republican mega-donor who has long advocated for the agenda of Israel′s right-wing parties. 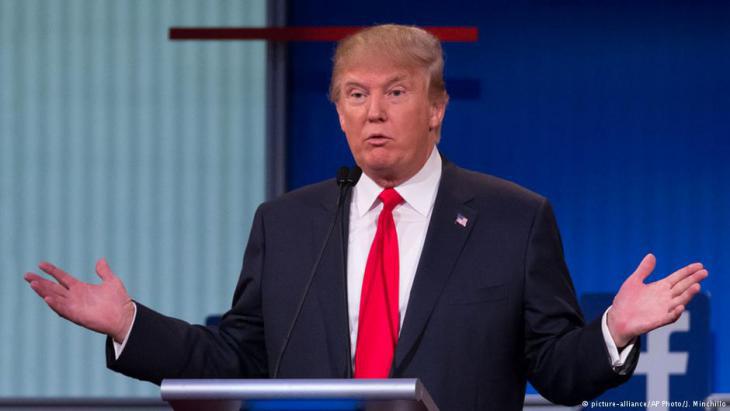 U.S. foreign policy, uncertain at best: "as it stands, it is impossible to know which policies Trump, a political novice, will pursue. Can a fragile Middle East bear this new, more volatile America?" asks Daoud Kuttab

Even if Trump could escape the influences that have long shaped US policy, that would not be enough to produce a fair approach to the Israel-Palestine conflict. For that, he would also have to reverse or alter many policies that the US has pursued for decades – beginning with acceptance of Israel′s perpetual occupation of Palestinian territory, which has already gone on for nearly a half-century.

A fair US policy would also have to refuse Israel′s theft of land (via its establishment of exclusively Israeli settlements on occupied territory) and oppose the existence of an apartheid-style regime, whereby an illegal settler minority lives under civil law and the majority lives under military law. Is that the level of fairness Trump has in mind?

Probably not. In fact, Israelis seem at least as hopeful that Trump′s presidency will tip the scales further in their favour. Israel′s right-wing education minister, Naftali Bennett, said that Trump′s victory is an opportunity for Israel “to retract the notion of a Palestinian state in the centre of the country.”

Of course, the alternative to Trump – Democratic candidate Hillary Clinton – may not have been much better for Palestinians. Though she, like her predecessors, would have advocated a two-state solution, it is unlikely that she would suddenly decide to force Israel to withdraw to its 1967 borders. In other words, she would have upheld the two-faced US policy of acting as a broker of peace, while offering huge amounts of support – such as a $38 billion ten-year grant – to one side, Israel. 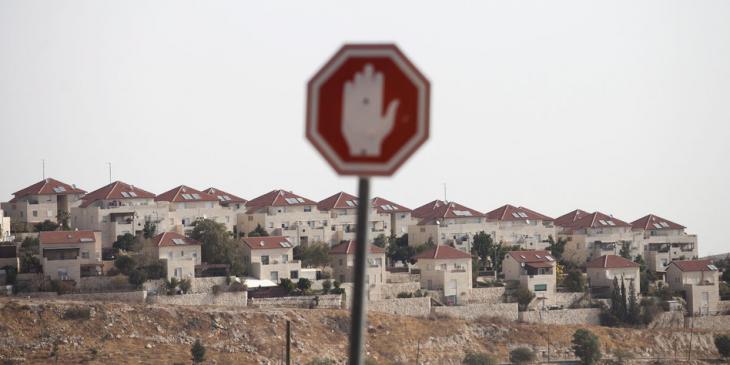 Pursuing settlement construction? According to sources close the president elect, Donald Trump does not regard the building of Israeli settlements in the Palestinian territories as an obstacle to securing peace. To date, the U.S. administration has considered the ongoing construction as a barrier to further negotiations. According to the Israeli media, Netanyahu′s far-right coalition partners see Trump′s victory in the USA as an opportunity for still more aggressive expansion

But no one should have any illusions that Trump will be the arbiter of fairness, much less a peacemaker, in the Israel-Palestine conflict. Antagonism and recklessness are his modus operandi and inciting hatred against Muslims was a staple of his campaign. He is likely to continue on this path, fuelling Islamophobia in the US.

None of this will translate into an effective offensive against terrorism, either. Trump′s promised war on ″radical Islam″ will not produce any major change from Obama′s current strategy in the Middle East. If anything, Trump will weaken America′s standing in the region. In Libya, for example, European leaders might now feel emboldened to pursue their preferred solution.

One place where a Trump presidency may make a difference is Syria. Given the evident rapport between Trump and Russian President Vladimir Putin, it is plausible that they could strike a deal to end the fighting in that devastated country. But an arrangement to end the war would most likely keep Bashar al-Assad on as president, despite his central role in the bloodshed.

Of course, Trump will not govern alone. But the US Congress does not offer much reason for hope, either. Both houses are now controlled by Republicans, who tend to deride international organisations and resist offering foreign aid, even for humanitarian purposes. As a result, the global influence that the US derives through its donor agency, USAID, or through United Nations agencies will probably decline, as will America′s already-battered global reputation.

Abandoning humanitarian objectives and moral obligations and focusing only on US interests, is no way to develop an effective – much less fair – foreign policy. It is impossible to say whether Americans will demand a return to the morals and values that they have long held up as symbols of their country′s greatness. What is clear is that, until that happens, Trump will be in charge – and, unfortunately for Palestinians, he probably will not be focused on fairness.

A leading light of Israeli theatre, Ofir Henig has directed the Israel Festival and is the only female director to have been awarded the Israel Theatre Prize. These days, however ... END_OF_DOCUMENT_TOKEN_TO_BE_REPLACED

With the current leadership of Iran quick to lay the blame for the Iran protests on Israel, the chances of harmonious relations between the two countries still seems remote. Yet, ... END_OF_DOCUMENT_TOKEN_TO_BE_REPLACED

Daniel Barenboim is not only a world-famous pianist and conductor. He has also worked tirelessly to foster understanding and reconciliation between Palestinians and Israelis. By ... END_OF_DOCUMENT_TOKEN_TO_BE_REPLACED

After a two-year hiatus, the Arab League re-convened at the beginning of November in Algiers against a backdrop of uncertainty and discord. By Pierre Boussel END_OF_DOCUMENT_TOKEN_TO_BE_REPLACED

On 1 November, elections are set to take place in Israel for the fifth time in four years. If Arab minority voters decide to stay home out of frustration at their divided parties ... END_OF_DOCUMENT_TOKEN_TO_BE_REPLACED
Author:
Daoud Kuttab
Date:
Mail:
Send via mail

END_OF_DOCUMENT_TOKEN_TO_BE_REPLACED
Social media
and networks
Subscribe to our
newsletter