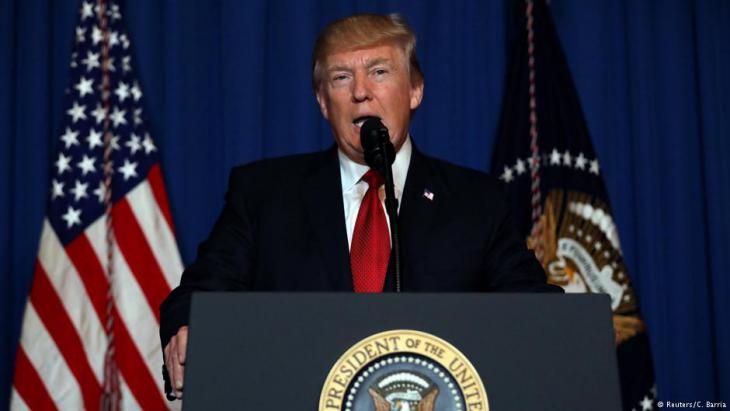 Last week U.S. President Donald Trump turned the table on the Syrians. All those who were seated at it, comfortably or even dozing, have now stood up with a start and are wondering what all the broken crockery means for them. By Karim El-Gawhary

The Western world has cautiously nodded in approval at the military strike. And it is hard to argue against it, seeing as it took place in reaction to a poison gas attack. There is hope in Europe that this could be the start of a peace process in Syria, now that Assad has finally been shown his boundaries. Moscow, by contrast, is seething.

The first reaction from Syria came in the morning. A military speaker declared that this military attack made the USA a partner to the IS and the al-Qaida-affiliated Nusra Front which the Syrian military is fighting against. The Assad regime denies having deployed poison gas and accuses the USA of violating international law. Damascus maintains that it will remain steadfast in its defence of the Syrian people. A predictable reaction, in other words.

The Syrian regime is playing its usual anti-terrorism card. This is Bashar al-Assad's same old marketing pitch, which attempts to style the perpetrator as victim, or even as a white knight in the struggle against militant Islamism. And all the while, the dictator Assad and militant Islamism in Syria are but two sides of the same coin. Each needs the other to justify its existence.

Bark worse than its bite

In short: the Syrian regime is barking because it knows only too well that it can't bite. The rest is damage control. It has to leave the biting to its allies Russia and Iran. 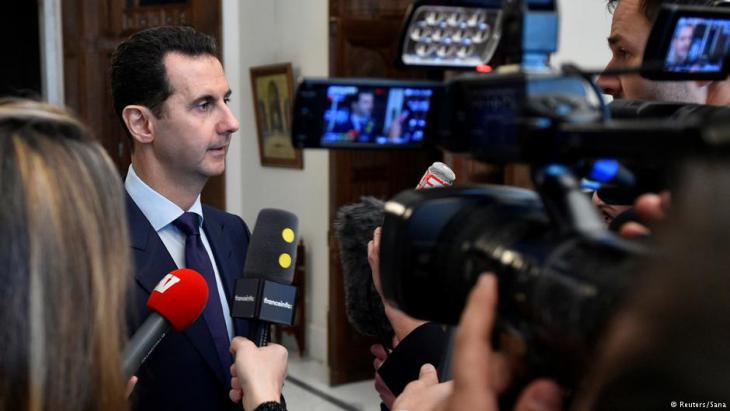 Running out of options: "the Syrian regime is barking because it knows only too well that it can't bite. The rest is damage control. It has to leave the biting to its allies Russia and Iran," writes Karim El-Gawhary

Iran, Assad's key ally, condemned the military strike as was to be expected and also needled Washington where it hurts the most. Tehran namely warned that the whole affair would have a negative impact in Iraq. De facto, Washington and Tehran are working together against the IS in Iraq.

Indirectly, the Iranians are therefore pulling in the reigns of the central government in Baghdad and its army, which is fighting the IS in Mosul. And Iran is doing so even more directly with the Shia militias that are still operating in the western part of the city, giving Iran partial control of the ground troops fighting in Mosul with US air support. Tehran has however not gone into detail on what the negative repercussions for Iraq might look like.

Trump to the rescue?

The Syrian rebels and their allies are naturally delighted with the US surprise attack. Turkey praised it as a step in the right direction, finally punishing the Assad regime. And Saudi Arabia and its friends did not fail to recognise the "courageous" American action. Trump is being hailed as a new hero in Syrian rebel circles. There have already been reports that a few new-borns in the rebel territories would be named "Donald" in his honour. Those poor Syrian rebel children.

A first military strike is always the easiest part of the exercise. So often in the past, long, epic sagas in the Arab world began with Tomahawk missiles rising into the air from US battleships. But just as often as they hit their military target, they failed to accomplish their political goal. 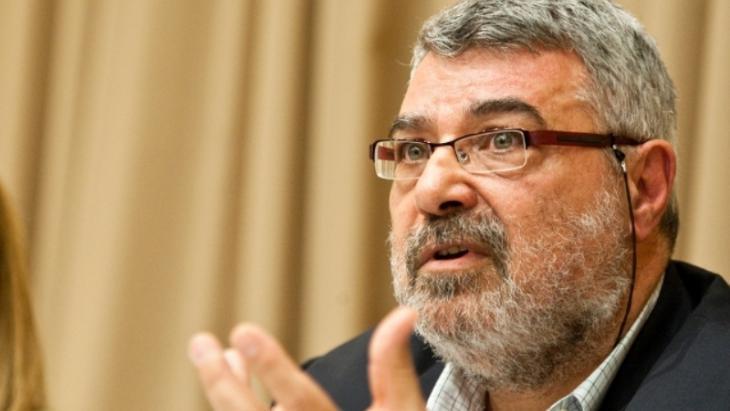 Rami Khouri: " Four decades of Arab dictators′ brutality and US militarism have destroyed the Middle East, without resolving any underlying problems, and it goes on..."

The war in Iraq also started off with Tomahawk missiles fired from US battleships and bold declarations by the President in Washington. A few years later, a regime was in power in Baghdad that was loyal to Iran, the very last thing that George W. Bush had intended. That this situation would give birth to the IS is something no-one back then could have foreseen.

Trump says that the military strike is a one-time action and nothing further is planned. But what if the Assad regime fails to react and just carries on as before? Then Trump will be facing an obligation to escalate. A first military strike is always the easiest part of the exercise, and the chain reaction that follows is unpredictable.

Perhaps the prominent Arabic columnist Rami Khouri was right when he tweeted after the strike: "Four decades of Arab dictators′ brutality and US militarism have destroyed the Middle East, without resolving any underlying problems, and it goes on... "

When is it and when is it not acceptable to display a political banner at the World Cup in Qatar? The answer seems to depend largely on the political message, with fans ... END_OF_DOCUMENT_TOKEN_TO_BE_REPLACED

The Kurds are under attack from two sides: from Turkey, and from Iran. The situation in their territories in northern Iraq is becoming increasingly desperate. Birgit Svensson ... END_OF_DOCUMENT_TOKEN_TO_BE_REPLACED

Iranians do not want an Islam that interferes. They are fed up with a system that manipulates people with simple promises of salvation and anti-Western propaganda. Islamic ... END_OF_DOCUMENT_TOKEN_TO_BE_REPLACED

"The Voice of Dust and Ash" draws us into the life and times of Iranian maestro Mohammad Reza Shajarian with passion and joy, focusing on the man who stood, and still stands, for ... END_OF_DOCUMENT_TOKEN_TO_BE_REPLACED

November 2022 sees the Arab world firmly in the spotlight with the COP27 in Egypt and the FIFA World Cup in Qatar. Public trust in MENA governments is weak, thanks to their ... END_OF_DOCUMENT_TOKEN_TO_BE_REPLACED

In Iran, two famous actresses, Hengameh Ghaziani and Katayoun Riahi, were arrested recently. These days anyone who shows solidarity with the protesters is a target to be silenced ... END_OF_DOCUMENT_TOKEN_TO_BE_REPLACED
Author:
Karim El- Gawhary
Date:
Mail:
Send via mail

END_OF_DOCUMENT_TOKEN_TO_BE_REPLACED
Social media
and networks
Subscribe to our
newsletter