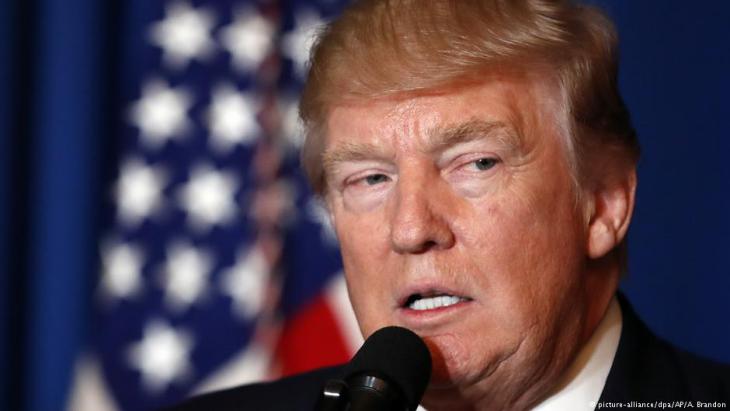 U.S. politics in Syria
Trump, Syria – and the threat of regional conflagration

The withdrawal of the United States from Syria could spark a region-wide war. There are legitimate concerns that Israel might use the resulting vacuum as a pretext to intensify its attacks on Iran and Hezbollah in Syria. By Fawaz A. Gerges

The die, it seems, is cast for a rapid end to the United States mission in Syria – and, with it, the chances of a peaceful and sustainable resolution to that countryʹs brutal seven-year civil war. The chemical attack allegedly carried out last week by President Bashar al-Assadʹs forces in Douma, the last rebel-held town in the Eastern Ghouta region, shows just how dangerous that prospect is for Syria and the world.

U.S. President Donald Trumpʹs bluster in the wake of the chemical attack exposes the incoherence and contradictions of his approach, as well as his lack of any real strategy in Syria. Ordering an attack or two against Assadʹs forces, as he might do, would neither alter the balance of power there, nor improve Trumpʹs position in the war-torn country, let alone the Middle East in general.

To be sure, Trumpʹs top military advisers have persuaded him to keep in place the 2,000 military personnel currently stationed in Syria. But he has already limited Americaʹs objectives there to eliminating the small remaining Islamic State (IS) presence – an effort that should take about six months.

In constraining Americaʹs commitment, Trump has forfeited the opportunity to help shape Syriaʹs future, reinforcing the widespread perception – which has taken hold among friends and foes alike – that U.S. global leadership is in retreat. He has also disregarded the countryʹs ongoing humanitarian crisis, the worst since World War II.

Ironically, this narrow approach also undermines the effort to achieve Trumpʹs sole objective, as a lasting defeat of IS and other jihadists will demand a credible political transition that permanently ends the civil war. Such a transition will be possible only through diplomatic engagement by actors with stakes in Syria. 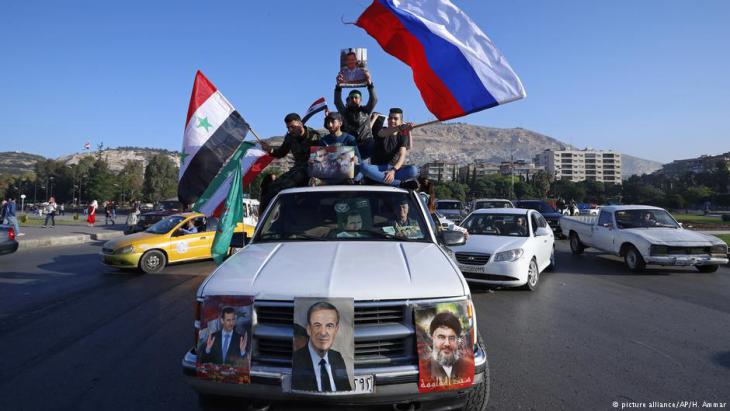 Trumpʹs retreat a triumph for Assad: Assad already feels emboldened to forge ahead – with Russian and Iranian support – with his plan to recapture the remaining rebel-held territories at all costs. After establishing "facts on the ground", Assad and his allies would be able to present the world with a fait accompli: Assad remains in power, without making any real concessions to the opposition

With Trumpʹs withdrawal implying that the U.S. and its allies have lost the war, Assad already feels emboldened to forge ahead – with Russian and Iranian support – with his plan to recapture the remaining rebel-held territories at all costs. After establishing "facts on the ground", Assad and his allies would be able to present the world with a fait accompli: Assad remains in power, without making any real concessions to the opposition.

Kurds left out in the cold

Local and regional actors that placed their faith in Americaʹs commitments will pay a bloody price. In particular, the Kurds – Americaʹs most reliable and effective ally in the fight against IS – are likely to be left out in the cold, despite official U.S. assurances about security arrangements after the U.S. withdrawal.

Already, Kurds have criticised the Trump administration for sacrificing them at the altar of Americaʹs strategic relations with Turkey. The U.S. turned a blind eye to Turkeyʹs recent invasion and occupation of the Kurdish-held city of Afrin in northwest Syria, which led to the slaughter of more than 1,000 Kurds, including scores of civilians.

With a U.S. withdrawal, the Kurds may feel compelled to ally with Assad for protection. Hundreds of Kurdish fighters have already deserted the fight against IS in northeast Syria, journeying to Afrin to resist the joint assault by Turkey and a splinter group of Syrian rebels. Some young Kurds have begun to join Assadʹs paramilitary units to avenge the loss of Afrin. 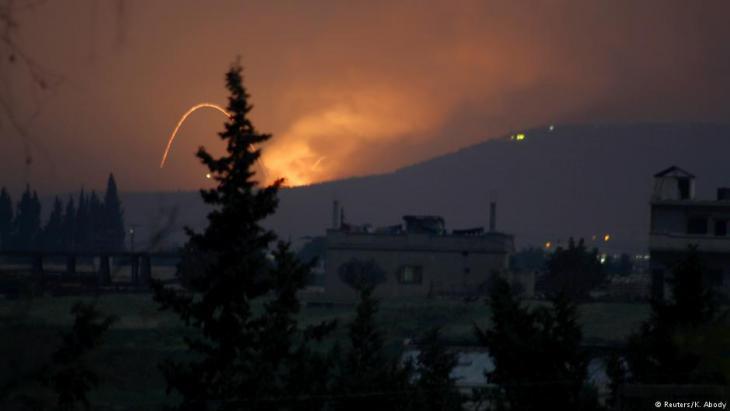 The threat of region-wide conflict: heavy missile strikes in Syria have intensified fears of a direct military conflict between Israel and Iran. According to the Britain-based Syrian Observatory for Human Rights, at least 26 people were killed and 60 injured during the attack on a range of Syrian military targets late on Sunday evening. Various media outlets accused Israel of being behind the strikes, with the intention of bombarding Iranian positions

But it will be a difficult battle, as Americaʹs departure is likely to strengthen Turkeyʹs hand further. After all, without the U.S., the other main foreign powers in the Syrian conflict – Turkey, Russia, and Iran – will be able to consolidate their spheres of influence and divide the spoils of the post-war reconstruction among themselves. While their specific interests may differ, all three countries share a vision of a "soft" partition of Syria that reduces Assad and the rebels to mere proxies.

Russia and Iran will be the two biggest winners. Russian President Vladimir Putin is the kingmaker whose timely military intervention saved Assadʹs regime from defeat and turned the warʹs tide in his favour. Whereas the U.S. is almost nowhere to be seen in Syria, Russia is everywhere, constantly rearranging the pieces on the conflictʹs chessboard.

Russiaʹs co-ordination with all major regional powers – including Turkey, a NATO member – attests to the dynamism (and cynicism) of the Kremlinʹs foreign policy. As the U.S. pulls up stakes in Syria, Turkeyʹs military and economic ties to Russia will only deepen.

Like Russia, Iran has invested plenty of blood and treasure to save Assadʹs regime – and reaped handsome returns. Iran is now the most influential regional power in Syria, as it is in Iraq and Lebanon.

But the rush to fill the vacuum left by the U.S. might provide the spark that ignites a region-wide war. There are legitimate concerns that Israel might use the withdrawal of U.S. troops as a pretext to intensify its attacks on Iran and Hezbollah in Syria – a decision that could escalate into all-out regional conflict, one that draws in the U.S., Iraq, and Saudi Arabia, Iranʹs main rival for regional hegemony.

Even leaving aside Trumpʹs hostility to the 2015 Iran nuclear agreement – which adds yet another source of risk to an already perilous situation – there is now a real and present danger that Syria will become the site of a conflagration even more destructive than the one raging there since 2011.

Fawaz A. Gerges, Professor of International Relations at the London School of Economics and Political Science, is the author of "ISIS: A History" and "Making the Arab World: Nasser, Qutb and the Clash That Shaped the Middle East".

When is it and when is it not acceptable to display a political banner at the World Cup in Qatar? The answer seems to depend largely on the political message, with fans ... END_OF_DOCUMENT_TOKEN_TO_BE_REPLACED

The Kurds are under attack from two sides: from Turkey, and from Iran. The situation in their territories in northern Iraq is becoming increasingly desperate. Birgit Svensson ... END_OF_DOCUMENT_TOKEN_TO_BE_REPLACED

Iranians do not want an Islam that interferes. They are fed up with a system that manipulates people with simple promises of salvation and anti-Western propaganda. Islamic ... END_OF_DOCUMENT_TOKEN_TO_BE_REPLACED

"The Voice of Dust and Ash" draws us into the life and times of Iranian maestro Mohammad Reza Shajarian with passion and joy, focusing on the man who stood, and still stands, for ... END_OF_DOCUMENT_TOKEN_TO_BE_REPLACED

November 2022 sees the Arab world firmly in the spotlight with the COP27 in Egypt and the FIFA World Cup in Qatar. Public trust in MENA governments is weak, thanks to their ... END_OF_DOCUMENT_TOKEN_TO_BE_REPLACED

In Iran, two famous actresses, Hengameh Ghaziani and Katayoun Riahi, were arrested recently. These days anyone who shows solidarity with the protesters is a target to be silenced ... END_OF_DOCUMENT_TOKEN_TO_BE_REPLACED
Author:
Fawaz A. Gerges
Date:
Mail:
Send via mail

END_OF_DOCUMENT_TOKEN_TO_BE_REPLACED
Social media
and networks
Subscribe to our
newsletter