Skip to main content
US President Obama and the Middle East

When US President Barack Obama took office, a faint breeze of hope blew through the Middle East. Yet after ten months of intensive efforts, the achievements appear modest. How much political capital is Obama willing to risk on the Israeli-Palestinian conflict? Birgit Kaspar reports

Confident of progress: unlike the George Bush Jr., Barack Obama has made the Middle East peace process a top priority of his presidency

​​ When US President Barack Obama took office in January, a faint breeze of hope blew through the Middle East. Obama had declared how important it was to him to resuscitate the Middle East peace negotiations, so as to work towards peace in the entire region. Yet this hope has now switched to fear. In an interview with the Italian newspaper La Repubblica, King Abdullah of Jordan warned:

"The horizon seems to be moving further and further away. If the status quo remains, we will slip into darkness, with all the conceivable consequences." There is even talk of the possibility of a third Intifada in the Palestinian territories.

On his second day in office, Obama appointed the former US senator and successful Northern Ireland mediator George Mitchell as special envoy for the Middle East. James Pickup, a former colleague and confidant of Mitchell, describes him as extremely target-focused and disciplined, adding that he has proved he achieves his aims no matter how long it takes. "I would be amazed if Mitchell were to throw in the towel," said Pickup.

Yet after ten months of intensive efforts and seven mediation missions in the region, Mitchell's achievements appear rather modest. Aside from basic declarations of intent towards peace and a two-state solution, there has been no recognisable progress.

"Achieves his aims no matter how long it takes": George Mitchell, the US's special envoy for the Middle East

​​ Although unusually determined for the USA, the attempt to persuade Israel to freeze its settlement construction in the West Bank – illegal under international law – has failed for the time being. Washington back-pedalled after Israel's rude rebuff, and has since attempted to achieve at least a partial and temporary stop to settlement building.

Yet this is not only a blow to hopes of wresting trust-building steps from the Arab states. The politically weakened Palestinian president Mahmoud Abbas, who now only speaks on behalf of some two million Palestinians in the West Bank, also insists on a stop to the settlements as a condition for re-opening direct negotiations with Israel. The radical Islamic Hamas, in control of the Gaza Strip since 2007, rejects peace negotiations with Israel out of hand. It seems Mitchell's mission has reached a dead end. 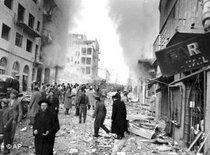 "A deep-seated emotional, political and psychological conflict at play": ICG expert Robert Malley sees the key in the roots of the conflict in 1948

​​ The question on people's lips in the Middle East is now whether Obama's government merely has good intentions – or is pursuing a new strategy. "At some point the administration will have to face the fact that the trenches between the two sides are greater today than yesterday – and even yesterday they were insurmountable," commented Robert Malley, Program Director for the Middle East at the International Crisis Group and a former advisor on the subject to Bill Clinton.

A new strategy is certainly not directly perceptible, according to Malley. It is not enough, he stated, to push both sides with greater force in the same direction if they are not prepared to meet. After 16 years of vain attempts to mediate, Malley said the question to be asked now is: "Which part of the puzzle have we neglected?"

The negotiations on the basis of the Oslo Agreements (1993) and the later Road Map (2003) concentrated on building trust, whereas Israel's security policy concentrated on partitioning the territory. The international focus was on the return of the territory occupied in 1967 and dealing with Jerusalem, whereas the Israeli government continued its settlement construction in that very city, along with related road-building programmes and the construction of a dividing wall.

This set up new hurdles, yet Robert Malley is convinced it is the neglect of a different dimension of the conflict that has been an important reason behind the lack of progress. He sees the key to the roots of the conflict in 1948: "There is a deep-seated emotional, political and psychological conflict at play here." 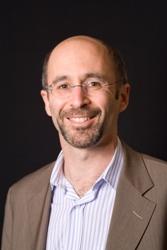 Robert Malley: "The trenches between the two sides are greater today than yesterday – and even yesterday they were insurmountable"

​​ On the one hand, he explained, the Israelis feel that their right to a state on the territory they regard as the homeland of the Jews has never really been recognised. "The Palestinians, on the other hand, feel that the ultimate aim of all these negotiations is to wipe out their history, including the claims going back to 1948."

This is one reason why the Israeli prime minister Benjamin Netanyahu's call to acknowledge Israel as a "Jewish state" is so popular in the country, according to Malley. And on the Palestinian side, no politician can afford to give up the refugees' right to return. To put an end to the conflict, Malley stressed, this core issue has to be taken into account.

In Washington, however, there is no indication that the Obama administration is thinking of doing so. A high-ranking government employee recently declared that although the impression may be that the process had been derailed, he remained confident of progress – even if the US might not achieve everything it had previously imagined. Having come up against a brick wall in Israel over settlements, Special Envoy Mitchell is now attempting to tie up a package of compromises on the issue, at the same time aiming at an agreement on the basic outlines of future negotiations.

Weak governments on both sides

James Dobbins, Director of the RAND Corporation's International Security and Defense Policy Center, a pro-government institution in Washington, currently sees scant chances of a breakthrough. The Israeli and the Palestinian governments are both very weak, he commented. "Aside from that, the Israeli government does not accept the solution supported by the international community. The Palestinian leaders may want it, but they are unlikely to find support for it on the ground." 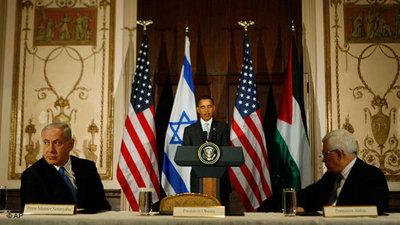 ​​ In addition, Washington still seems to have no intention of dealing directly with the radical Islamic Hamas, which won the parliamentary elections in the Palestinian territories in 2006 and has controlled the Gaza Strip since the summer of 2007.

The US Department of State has issued various statements on Hamas, calling it a serious problem. As long as it does not accept the standards of the Middle East Quartet – in other words recognition of Israel and the previous agreements between the Israelis and Palestinians – it remains a terrorist organisation in the eyes of the US government.

The same goes for the Shi'a Hezbollah in Lebanon, which the State Department also sees as an international threat. Both organisations source political, financial and arms aid from Iran, although Teheran denies supplying weapons. 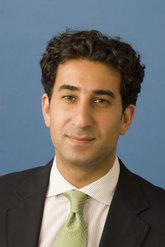 ​​ This is another reason why the Middle East conflict is linked to the Iran crisis, and the Obama administration is aware of this, so far relying on a diplomatic approach to the nuclear issue. Karim Sadjapour, Iran associate at the Carnegie Endowment for International Peace, considers a US military offensive unlikely, should the negotiations ultimately fail.

Yet if the talks with Teheran have not shown tangible progress in a year or so, he added, Washington could be in a difficult position concerning Israel. "Although I expect they would give the Israelis a red light because they don't want an Israeli attack, I don't think Israel will even ask for permission." Hardly anyone in Washington doubts that such a military offensive would entirely reshuffle the cards in the Middle East.

Some observers are now asking how much political capital President Obama is willing to risk on the Israeli-Palestinian conflict, as domestic topics such as health reform and the financial crisis are at the top of his agenda at the moment – followed by Afghanistan, Iran and Iraq. Mitchell's confidant James Pickup is certain, however:

"The peace process is regarded as important for national security interests," and will therefore remain a priority. And James Dobbins from the RAND Corporation also believes Mitchell will continue his efforts and Washington will not put peace in the Middle East onto a back burner. This, he said, is down to the Obama government's honest intentions, but is also a matter of public relations. "It doesn't cost them much."

The Bush administration's obvious lack of interest in respect for America in the Middle East during its initial years was very expensive, Dobbins explains. "I think it's important to show that the lack of progress in the peace process is not based on a lack of commitment in Washington, but on the fact that there are circumstances over which America has no control."

It seems the US government has no new strategy for the Middle East, but it has at least realised that all the problems in the area are interlinked – and that the Palestinian question is a decisive factor in the region's public opinion, both as a motivation and as a pretext for various radical forces.

European and American Policy on the Middle East
Inertia More Likely than Change
The victory of the hardliners in Iran and the lack of willingness by the Israeli government to make serious concessions to the Palestinians are setbacks for Obama's vision of peace and security in the region. An essay by Michael Lüders

END_OF_DOCUMENT_TOKEN_TO_BE_REPLACED
Social media
and networks
Subscribe to our
newsletter