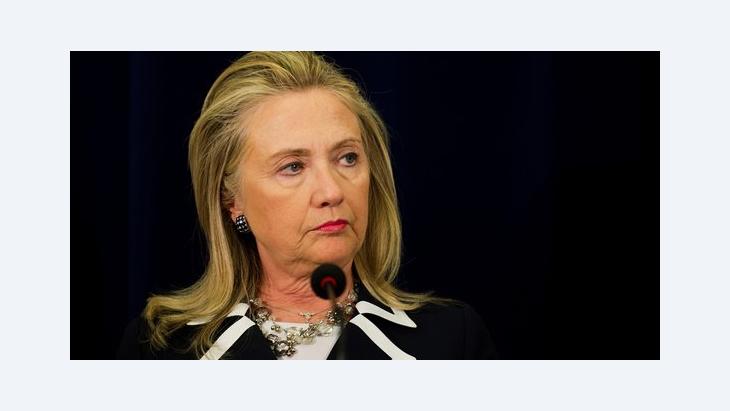 US Strikes People's Mujahedin of Iran off Terror List

﻿The People's Mujahedin of Iran was one of the leading participants of the 1979 Revolution in Iran. For years the militant revolutionary organization was on the US list of terrorist organizations. Now the ban is suddenly lifted. Stephan Buchen on a bizarre episode of US Foreign Policy

﻿US Secretary of State Hillary Clinton has just announced her intention to remove an Iranian group, People's Mujahedin of Iran, or the Mujahedeen-e-Khalq (MEK). from the US list of terrorist organizations. This is clearly to pave the way for Washington to allow the immigration of 3,200 fighters, who once entered Iraq as guests and allies of the dictator Saddam Hussein.

These people, who up to now were classed as "terrorists" in the political terminology of the US, are now to be given a new home in the United States to allow them to live happily there until the end of their days. There is no other way to interpret Clinton's announcement. The epilogue comes just in time for the 10th anniversary of the invasion, carried out in the name of the fight against terror, and underlines the fiasco that did not quite end with the withdrawal of most US forces last year.

The new Iraqi leadership was intended to be an ally of the US and a spearhead for democracy and freedom in the Middle East. But at the latest since Nuri al-Maliki took over as Prime Minister in Baghdad, it is apparent that the US has bombed the way clear for the Islamic Republic of Iran to exert power and influence in Mesopotamia. 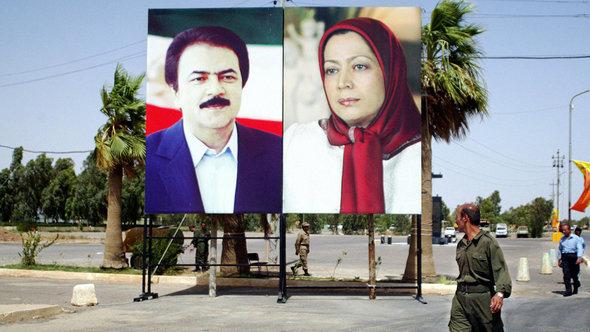 Spearheading the war against the Islamic Republic: In the 1980s, the People's Mujahedin fought on the side of Saddam Hussein in the Iran-Iraq War, under the leadership of Maryam and Massud Rajavi. Following the US invasion of Iraq in 2003, they laid down their weapons. Since then, the new Shiite dominated Iraqi government has stepped up its campaign against the Mujahedin

​​Iraq now belongs to the sphere of influence of its large eastern neighbour and worst enemy of the US in the region, indeed in the world. Nothing spells this out more clearly than the fate of the Mujahedin. This Iranian political sect once fought the Shah in the name of a crude blend of Marxism and Islamism.

Following his ousting, they were locked into a bloody power struggle with Ayatollah Khomeini, which they eventually lost. Their fighters sought refuge in Iraq and in 1980, went into war against the Islamic Republic on the side of Saddam Hussein.

As we know victory eluded them, and the Mujahedin remained in Iraq. Saddam Hussein assigned them a camp to the north of Baghdad, which they named "Ashraf". They were still there when the Americans came in 2003. They did not fulfil their dream, to still perhaps perform a much yearned-for historic role in another war against Iran.

On the contrary, under Prime Minister Maliki, the Iranian guerrillas at camp Ashraf found themselves in increasing difficulties. Between 2009 and 2011, Iraqi forces killed dozens of Mujahedin members in pogrom-like bursts of violence. The message was clear: "We don't want you here anymore!"

The group has since been placed in the care of the United Nations. Camp Ashraf has been almost completely cleared by the Mujahedin, whose members were transferred to the former US forces' Camp Liberty close to Baghdad airport.

UN staff register them as refugees in need of protection. And after Clinton's announcement, all the indications are that they will soon be boarding planes to Los Angeles, Atlanta and New York. The Islamic Republic will not do the US the favour of allowing the opposition fighters to return to Iran unharmed and with impunity.

This expected outcome is being accompanied by a debate in the US that shines an unforgiving light on the ambivalence and schizophrenia of US foreign policy.

The tortuous handling of the people's mujahedeen on the one hand illustrates the humiliation of a decade of disastrous policies on Iraq. Those in Washington who have recognized this prefer to maintain a shameful silence in the hope that it will all pass off quietly and without causing any furore. It is not possible to simply leave these remnants of Bush policies in Iraq, due to the menacing possibility of a new massacre that would have a negative repercussions for the US.

On the other hand there are the former CIA and FBI heads, the members of Congress and influential journalists who have always regarded the Mujahedeen terrorist listing as misguided and troubling, because the Iranian opposition group is after all an important and valuable ally in the fight against the Mullah regime in Iran. 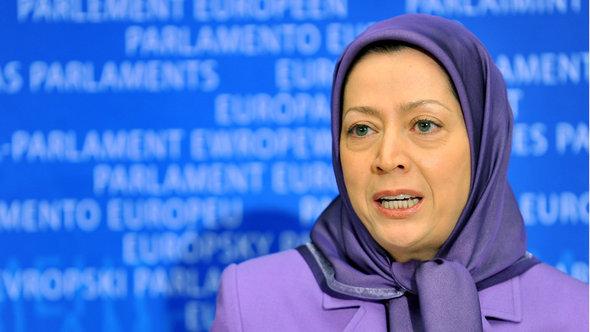 Obscure, authoritarian political sect: Maryam Rajavi's Mujahedin, which operates from French exile, has been included on the US list of terrorist organizations since 1997: The US State Department blames the group for a series of attacks between 1970 and 2001, which killed not only Iranians, but also US soldiers and civilians

​​The agenda of these advocates pays as little heed to the terrorist past of the Mujahedeen as it does to the fact that the group, with its fighters and its political leadership in Paris, functions internally like an obscure, obstinate political sect. It is striving for a "secular, peaceful and democratic form of government" in Iran, says Dana Rohrabacher, a Republican Congressman from California.

Such lobbyists for global freedom have never yet failed to dish up the rhetoric. For people like Rohrabacher, the Mujahedeen are not terrorists, but allies in the war on terror, just like the Iranian-Kurdish splinter group "Pjak", the "Jundullah" from Balochistan, Azeri separatists, and just like Gaddafi and Assad post 9/11.

Combat training in the service of the US

According to research carried out by "The New Yorker" magazine, from 2005 US special units secretly trained selected Mujahedeen fighters in guerrilla warfare methods in the deserts of the US state of Nevada. It is possible that the elite guerrillas then infiltrated Iran to carry out acts of sabotage. The fact that at the same time, the group was officially on the US terror list was not an obstacle to this clandestine cooperation.

Lobbying for the Mujahedeen by US public figures pertinent to the cause is however not motivated by purely selfless commitment to freedom and democracy in the Middle East. Advocates were paid five-figure sums to speak in support of the exiled Iranian group; the former governor of the US state of Pennsylvania, Edward G. Rendell, even pocketed US$ 150,000. 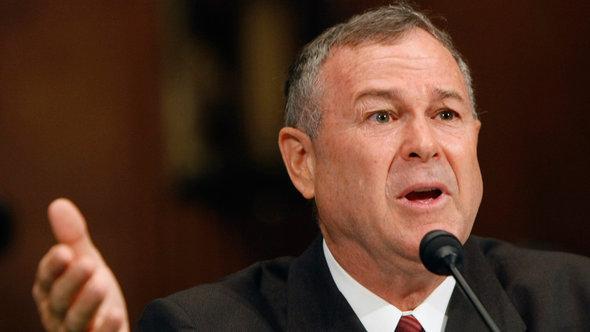 Questionable statements: In the view of US Republican Congressman Dana Rohrabacher, the MEK are now committed to installing a "secular and democratic government" in Iran by peaceful means

​​One person who is pleased about the new development concerning the Mujahedeen is Martin Kobler, head of the UN mission to Iraq. He hopes that the matter will be quickly wrapped up. The German diplomat recently lamented the fact that years of engagement with the Mujahedeen had swallowed up too much of the UN mission to Iraq's resources. To speed up the evacuation process, he even suggested that Germany allow the immigration of a small number of the 3,200 Iranian exiled fighters. Kobler made it known that 294 of them had family or other connections with Germany.

For the purposes of historic irony, one could say that this share of the full contingent somehow corresponds to Germany's share of the blame in the Iraq war. It was not large, but not insignificant either. After all, it was the German intelligence service, or BND, that provided the US with the information it needed to justify the necessity of the 2003 campaign.

The Bush administration used these German reports to justify the war. Still etched in the memory of many is the speech by US Secretary of State Colin Powell at the UN Security Council on 5 February 2003, just a few weeks before the invasion. Powell presented drawings of trucks that could be loaded with anthrax pathogens.

These reports on imminent "death on wheels" have gone down in recent history as one of the most momentous intelligence service lies ever told. Nevertheless, the BND helped Rafid Alwan to attain refugee status in Germany, and even ensured he received a German passport under a new identity.

If the friendship with America demanded it, Germany would certainly manage to do the same in the case of the 294 Iranian members of the Mujahedeen.

While "Daughters of Smoke and Fire" – Kurdish author Ava Homa's heart-rending debut novel – is about Leila, a young Kurdish woman, coming of age in contemporary Iran, the ... END_OF_DOCUMENT_TOKEN_TO_BE_REPLACED

Over ten years after the publication of "Censoring an Iranian Love Story", Shahriar Mandanipour's latest novel, "Moon Brow", is now available in German translation. This is a ... END_OF_DOCUMENT_TOKEN_TO_BE_REPLACED

Saudi Arabia has spent the past five years fighting off Iran-backed Shia rebels in a seemingly endless conflict that has cost more than 100,000 lives and left 80% of the ... END_OF_DOCUMENT_TOKEN_TO_BE_REPLACED

Saudi Arabia has called on Muslims across the world to put their hajj preparations on hold for the time being. The corona pandemic is impacting one of the central pillars of ... END_OF_DOCUMENT_TOKEN_TO_BE_REPLACED

According to the latest Reuters tally, more than 2.54 million people are now reported to have been infected by the novel coronavirus globally and 177,004 have died. As Muslims ... END_OF_DOCUMENT_TOKEN_TO_BE_REPLACED

Plagued by troubled state-citizen relationships on the one hand and conflict on the other, states in the Middle East could discover new uses for COVID-19 lockdown measures. By ... END_OF_DOCUMENT_TOKEN_TO_BE_REPLACED
Author:
Stefan Buchen
Date:
Mail:
Send via mail

END_OF_DOCUMENT_TOKEN_TO_BE_REPLACED
Social media
and networks
Subscribe to our
newsletter