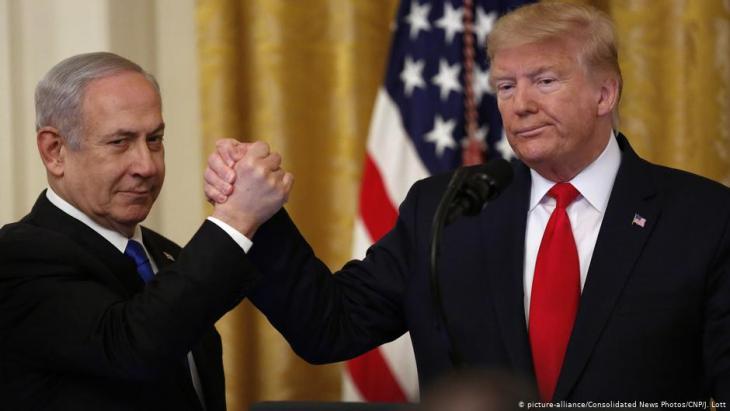 As we digest the details of Donald Trump's Vision for Peace, we need to ask ourselves just one question: does this draft guarantee an Israeli and a Palestinian baby born today equal civil rights, freedom of travel and a self-determined life in security and dignity twenty years from now? By Inge Gunther

Trump's peace plan is roughly 180 pages long, but it has one fundamental weakness: the chance that this "deal of the century" negotiated between the USA and Israel will find support among the Palestinians is practically zero. What the U.S. president presents as a vision of a "realistic" two-state solution is above all a reward for Israel's settlement policy in occupied territories that violates international law.

It is easy to work out what territory the Palestinians are being offered: where there are no settlements and Israeli interests are not affected, they can have their Palestine. A glance at the maps included in the U.S. plan suffices to show that this amounts to a patchwork of loose ends in the West Bank: frayed areas, admittedly considerably larger than the previous islands of Palestinian autonomy, but still cut off from each other.

The draft envisages connecting them at key points by means of bridges and underpasses. But the land between these "reserves" and around them, about a good third of the West Bank, is to be allocated to Israel. When? More or less immediately.

In return, the Palestinians are promised two areas of desert in the Negev, which will connect with the Gaza Strip via a narrow land corridor along the Egyptian border. In addition, a stretch of tunnel, at least twice as long as the St. Gotthard Tunnel, is to be built linking Gaza and the West Bank. All this is going to cost $50 billion in reconstruction aid. It remains to be seen who will foot the bill. 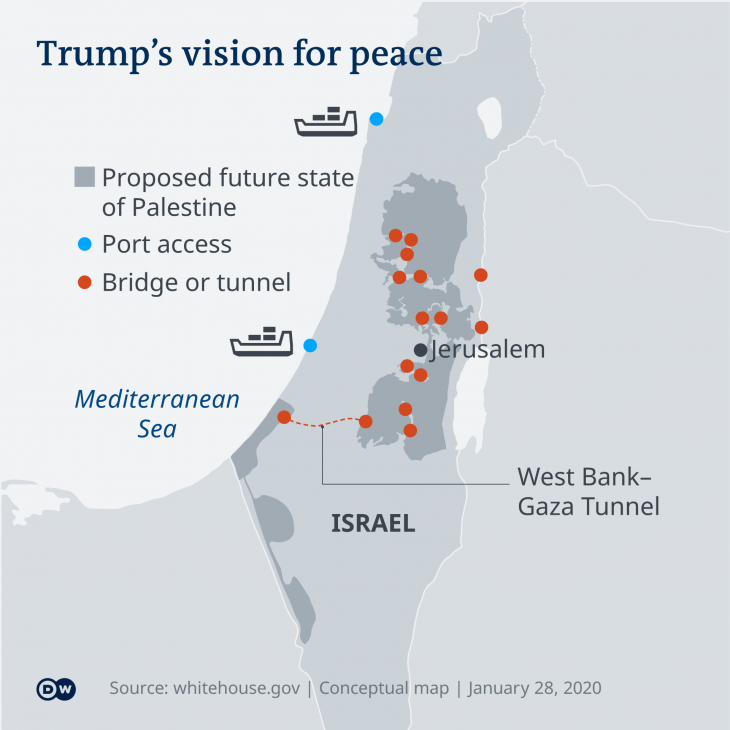 A patchwork of loose ends: where there are no settlements and Israeli interests are not affected, the Palestinians can have their state. And what does that leave them? Frayed areas, connected at key points by means of bridges and underpasses

Yet none of these projects are likely to be realised any time soon. They will only be implemented if the Palestinian side fulfils a whole range of conditions: disarming Hamas, renouncing violence, fighting corruption, saying yes and no to Israel's claims to sovereignty over Jerusalem and being content with a grotty suburb as its capital.

Israel's incumbent Prime Minister Benjamin Netanyahu may have been a bit hasty when he announced that he would decide on the annexation of the Jordan Valley and other West Bank settlements at the first cabinet meeting following his return from Washington. Trump's son-in-law Jared Kushner, co-author of the controversial draft, immediately made it clear that such a project would not be on the agenda until after the Israeli elections on 2 March.

Apparently the USA wanted to avoid provoking the Arab League with an Israeli annexation decision that would have coincided with its summit meeting at the weekend. Since Benny Gantz, Netanyahu's challenger, also supports Trump's 'vision of peace', it arguably makes little difference who wins the elections.

Yet annexation could lead to unpleasant consequences for Israel – potentially involving the International Court of Justice in The Hague. To date, Israeli lawyers have countered any criticism of settlement construction by arguing that the status in the occupied territories, which in their view are merely disputed, is a provisional arrangement pending a permanent negotiated settlement.

Such ambivalence would end, however, in the event of annexation. A dictated peace that grants the stronger party to the conflict a unilateral land grab is in clear contravention of international law. 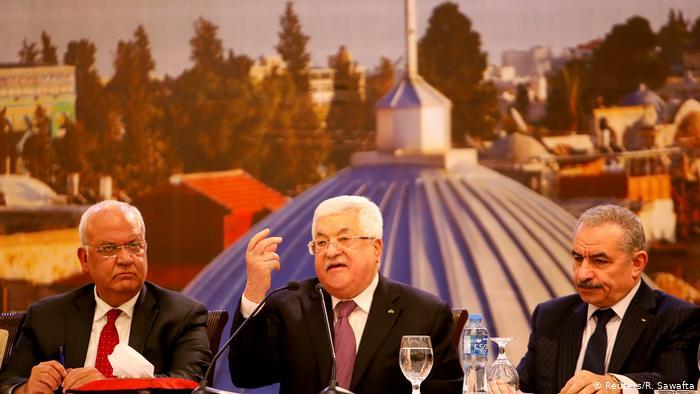 Abbas' last hope? Palestinian President Mahmoud Abbas rejected the plan as "nonsense'' and promised to resist the deal in all its forms. "Our people will take it to the dustbin of history," he added. And indeed annexation could lead to unpleasant consequences for Israel. After all, a dictated peace that grants the stronger party to the conflict a unilateral land grab is in clear contravention of international law

Nevertheless, the international community seems unlikely to oppose the plan with anything more than verbal condemnation. For too long, the Europeans have paid mere lip service to the concept of a two-state solution. Meanwhile, the Israeli construction of more than 130 settlements, some deep in the West Bank, has created a situation that seeks to confirm the opposite.

Expecting Trump's vision to pave the way for the resumption of direct Israeli-Palestinian negotiations is even more naive. Not even the U.S. President believes that will happen. True to the motto "eat or die", Trump has granted the Palestinians a four-year period of grace to swallow the chunks thrown at them. According to him, this is perhaps their "last chance" to get their own state.

Nor would it be independent, of course, but an entity monitored by Israel with 15 settler enclaves in its midst. The ban on settlements for the next four years, sold as a concession, is limited to the above enclaves and the territories granted to the Palestinians. Otherwise, Israel has a free hand to extend its sovereignty to the rest of the West Bank with the express blessing of the Americans.

One last question remains, raised by the Haaretz journalist Nir Hasson: does Trump's draft guarantee an Israeli and a Palestinian baby born today equal civil rights, freedom of travel and a self-determined life in security and dignity in twenty years? An honest answer to that question can only be no. With that, this peace plan is nothing but a sham, fraudulently labelled.

To paraphrase Hasson, it's not a solution – it's part of the problem.

No other Western poet was arguably so well-versed in the Koran or so fascinated by Islam as Germany's national hero, Goethe. In a new publication that examines all Goethe's ... END_OF_DOCUMENT_TOKEN_TO_BE_REPLACED

A deluge of books, movies, series and cover stories: ever since the events of 9/11, the West has seemed almost manically preoccupied with Islam. Yet this has rarely led to deeper ... END_OF_DOCUMENT_TOKEN_TO_BE_REPLACED

Twenty years after 9/11, the world is faced with the dual challenge of Islamophobia and anti-Westernism. Ahmet Kuru argues that Muslims in the West, well versed in both Western ... END_OF_DOCUMENT_TOKEN_TO_BE_REPLACED

Two decades after the attacks of 11 September 2001, the West faces the shattered debris of its failure – not only in Afghanistan, but also in Iraq, Syria, Libya and Yemen. What ... END_OF_DOCUMENT_TOKEN_TO_BE_REPLACED

Twenty years after 9/11, the United States is recalibrating its war policy. However, its assertions that the era of endless wars is over are a myth, writes Maha Hilal END_OF_DOCUMENT_TOKEN_TO_BE_REPLACED

Migrants are often maligned as being responsible for Europe's problems. Yet their integration is in Europe's interest. Michael Thaidigsmann believes that a long-term vision is ... END_OF_DOCUMENT_TOKEN_TO_BE_REPLACED
Author:
Inge Günther
Date:
Mail:
Send via mail

END_OF_DOCUMENT_TOKEN_TO_BE_REPLACED
Social media
and networks
Subscribe to our
newsletter