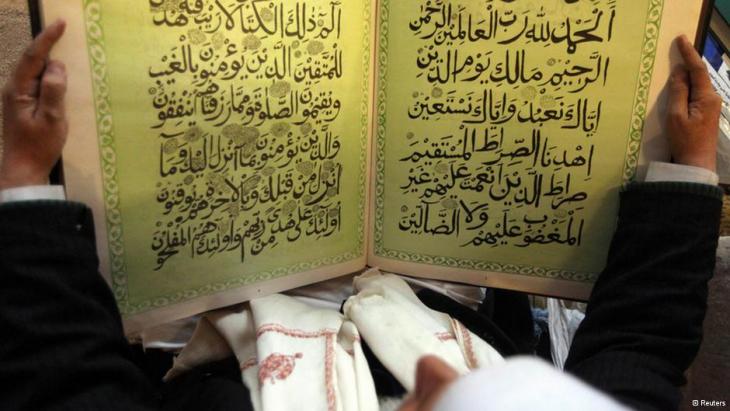 Wahhabis and Salafists are often named in the same breath. Yet these two ultra-orthodox faith movements do differ in a number of aspects, writes the doctor of Islam Studies Mohammad Gharaibeh

The one true faith is Islam from the time of the Prophet Muhammad (570–632) – Wahhabism and Salafism agree on that. For both Sunni movements, the Koran and Mohammad's reported deeds and sayings, known as the Hadith, are the sole norms for religion and society. Yet this shared foundation did not exist from the word go.

In contrast to their present-day reputation, the Salafists were originally more tolerant than the Wahhabis. They did not condemn the worship of saints or the veneration of grave sites, two widespread traditions in many Muslim countries. As a counter-reaction to Europe's colonisation of the Middle East, the Salafists wanted to gain as many followers as possible and did not, therefore, make rules that went against the masses. They appealed to people's "Islamic consciousness" and saw the solution to political and social problems in a return to an idealised proto-Islam of the early Islamic period.

However, when more and more Salafists, for instance the Muslim Brotherhood, began to be persecuted by mainly socialist regimes, many of them fled to Saudi Arabia, where Wahhabism is the state religion. There, they were accepted into the state religious system, leading to a strong ideological overlap, mixing and mutual influence of the two movements. 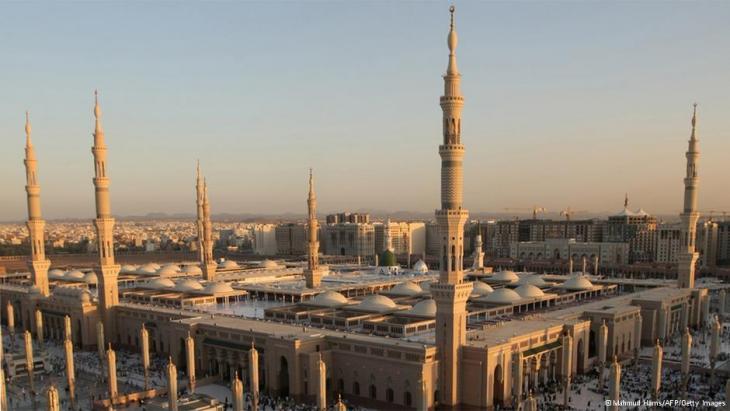 Wahhabism and Salafism have mutually influenced each other down through the years. The Islamic University of Medina played a decisive role in this process, granting scholarships to foreign students who wanted to study Islamic theology in Saudi Arabia

The clearest illustration of this process is the example of three influential scholars: the two Saudi scholars ʿAbd al-ʿAzīz Ibn Bāz (1910–1999) and Muḥammad al-ʿUṯaymīn (1925–2001), and the Albanian-born Muḥammad Nāṣir ad-Dīn al-Albānī (1914–1999).

The first two studied under foreign Salafi scholars and others in Saudi Arabia, thereby overcoming the strict ties between the early Wahhabi movement and the Hanbali school of law. Ibn Bāz and Ibn ʿUṯaymīn subsequently relied on the sole authority of the Hadith for all questions of religious law. This process was also partly set in motion by the third scholar, al-Albānī, who spent several years living in Saudi Arabia and maintained close contact to Ibn Bāz and Ibn ʿUṯaymīn. Al-Albānī in turn came gradually closer to Wahhabi positions.

From the 1960s onwards, all three scholars had a particular influence on others students and scholars. The Islamic University of Medina (founded 1961) played a key role in this development. The university provided scholarships for foreigners wanting to study Islamic theology in Saudi Arabia. At the time, Ibn Bāz was president of the university and al-Albānī taught Hadith studies there.

This development had two consequences. Firstly, a new Salafism formed, partly assimilating ideas of Wahhabism, but also retaining the political goals of early Salafism. Secondly, Wahhabism was also altered. The movement remained loyal to the Al Saud royal family, but it took on Salafi ideas in the area of religious law. The Wahhabis now also became interested in spreading their ideas outside Saudi Arabia. 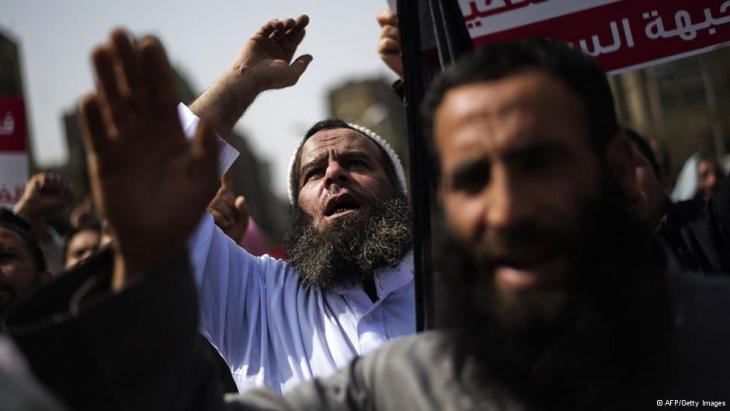 Not all Salafists are the same: Mohammad Gharaibeh identifies three different stains of contemporary Salafism: the non-political purists, the modern political Salafists and the Jihadi Salafists who are willing to take up arms

To differentiate between present-day Salafism and Wahhabism, it is useful to start with the three strains within modern Salafism. These consist of:

1  Purists interested solely in passing on the "true" Islam while pursuing no political aims. This strain rejects the use of violence.

2  Political Salafists aiming to establish a society that is pleasing to God through the establishment of an Islamic state.

3  Jihadi Salafists, who want to impose an Islamic state by violent means. This strain is a clear minority.

Wahhabis can generally be placed only in the first group. Another obvious difference between Wahhabis and Salafists is that Wahhabis are loyal to the Al Saud royal family. Salafists, on the other hand, want an Islamic state without worldly powers such as a monarchy.

The terms Wahhabism and Salafism are nevertheless often used synonymously, a practice that does not stand up to close inspection. Although both movements are based on almost identical religious principles – partly because of their mutual influence on one another – their methods are very different.

Dr. Mohammad Gharaibeh is a scholar of Islam at the University of Bonn. He studied in Bonn and Damascus, works on subjects including Wahhabism, and travelled to Saudi Arabia to research his doctoral dissertation.

Nouara may be 65, but she is ready to join thousands of others who burn their ID and pay traffickers for the chance of a new life in Europe. Zineb Bettayeb reports END_OF_DOCUMENT_TOKEN_TO_BE_REPLACED

Education for girls and women is still possible in Afghanistan, says Reinhard Eroes of the Kinderhilfe Afghanistan initiative. In interview with Elisa Rheinheimer, he talks about ... END_OF_DOCUMENT_TOKEN_TO_BE_REPLACED

Locals in the Middle East have said European critics are showing bias and hypocrisy when they condemn Qatar. Observers agree that Qatar has had to deal with more criticism than ... END_OF_DOCUMENT_TOKEN_TO_BE_REPLACED

In Doha, Arabs from Morocco, Tunisia, Egypt and Algeria are gathering to celebrate the first ever FIFA World Cup to be held on Arab soil. The criticism from Europe? Over the top, ... END_OF_DOCUMENT_TOKEN_TO_BE_REPLACED

Canan Topcu came from Turkey to Germany as a child. In her essay, she describes how bothered she was by the racism she encountered in her country of origin when she travelled ... END_OF_DOCUMENT_TOKEN_TO_BE_REPLACED
Author:
Mohammad Gharaibeh
Date:
Mail:
Send via mail

END_OF_DOCUMENT_TOKEN_TO_BE_REPLACED
Social media
and networks
Subscribe to our
newsletter