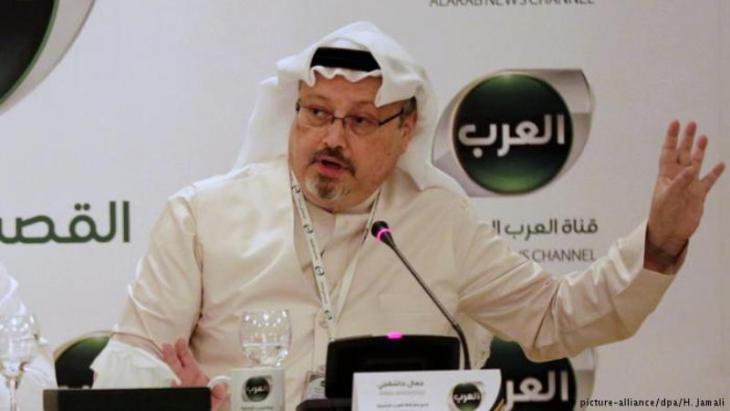 What to do about Khashoggi?

The abduction or even murder of journalist Jamal Khashoggi would constitute a dangerous escalation in the Saudi government's campaign to clamp down on its critics. According to Guido Steinberg, the West should react with as much determination as it did towards Moscow following events in Salisbury

In early October 2018, the well-known Saudi journalist Jamal Khashoggi disappeared in Istanbul. While Turkish authorities and Khashoggi's supporters say that he was abducted and perhaps even murdered during a visit to the Saudi consulate, the Saudi government says that he left the building unhindered.

However, hardly any neutral observers are buying Riyadh's assertions. After all, the incident in Turkey follows an unprecedented campaign against peaceful dissidents that has been stepped up since mid-2017 and which motivated Khashoggi to go into exile in the United States.

While many Saudis welcome the reforms introduced by Crown Prince Mohammed Bin Salman, they have reservations about the accompanying dictatorial turn Saudi rule has taken. Khashoggi himself is one of their number. In an article published in the Washington Post on 18 September 2017, he wrote that he is not opposed to the Saudi government and that he wants its 2030 vision – the Saudi government's reform programme – to be realised and the country to thrive.

In the same article, however, he expressed pain at the fact that in the months prior to the publication of his article – in other words the period when Mohammed Bin Salman was ruthlessly building his autocratic rule – his native country had stepped up its repression of intellectuals and religious scholars to unprecedented levels.

Anyone who criticises the government is at risk

This opinion piece was Khashoggi's reaction to a wave of arrests that began after the Saudi and Emirati leaderships imposed an embargo on the Emirate of Qatar on 5 June 2017. The most prominent victim of this campaign of arrests was the Muslim scholar Salman al-Auda, who is known far beyond the borders of Saudi Arabia and who refused to publicly support the government's course. Instead he tweeted that he hoped the leaders of Saudi Arabia and Qatar would reconcile. He was subsequently arrested. 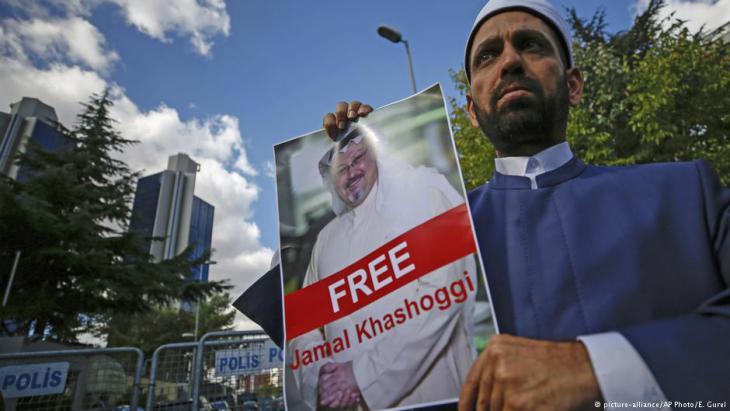 Turkish demonstrators have been demanding Khashoggiʹs release for days: the Saudi journalist, who works for the Washington Post, among others, moved to Washington to live in exile last year. He feared retaliation for his critical articles, which appeared in the Washington Post and the British Guardian. The 59-year-old had repeatedly criticised the policies of Crown Prince Mohammed bin Salman, the Saudisʹ military intervention in Yemen and the blockade of Gulf emirate Qatar

Like many others who were arrested around this time, Auda has links to the Muslim Brotherhood, which Saudi Arabia views as a terrorist organisation. However, in a widely acclaimed book on the Arab Spring that was published in 2012, he expressed views that are much more liberal than those held by the brotherhood. In the years that followed, he voiced very few political opinions, which is why his arrest in September 2017 came as such a surprise.

What was even more astonishing was the fact that a year later, it became known that the public prosecutor dealing with his case had called for the death sentence, among other things because of his activities in the Muslim Brotherhood. Since this time at the very latest, it must be clear to all dissidents that those who criticise the Saudi government are putting themselves at risk.

The Muslim Brotherhood as the common enemy

The draconian approach taken in the case of Auda can be traced back to the fraught relationship between Saudi Arabia and the Muslim Brotherhood. Ever since the Muslim Brotherhood looked as if it would emerge the big winner of the Arab Spring in Egypt and Tunisia, Riyadh has been working to contain the organisation. The conservative kingdom feared that the Islamists could pose a threat to the stability of the regime.

In this, Riyadh is following the lead of the United Arab Emirates, which had taken the decision a few years previously to crush the Muslim Brotherhood within its borders. Together, the two Gulf states drove the Egyptian army coup against the ruling Muslim Brotherhood in July 2013 and in March 2014, Saudi Arabia put the organisation on its terrorism list. This related to Khashoggi's case insofar as the journalist has friendly ties with many members of the brotherhood, among other things because he himself was at least close to the organisation as a young man.

It is probable that the new leadership in Riyadh also sees him as a possible link between the Islamists and the Crown Prince's opponents within the ruling family. After all, Khashoggi has in the past been supported by senior princes in the Saudi royal family, most recently by the entrepreneur Al-Waleed bin Talal, with whom he planned to set up a television station in 2016. Al-Waleed bin Talal, however, became one of the most prominent victims of the Saudi Crown Prince's anti-corruption campaign.

Since their disempowerment, many formerly senior princes are likely to have scores to settle with the Crown Prince. The fact that Khashoggi is also highly respected by the liberal opposition made him a threat in the eyes of the country's rulers.

Strained relations between Riyadh and its Western allies

Against this backdrop, the setting for Khashoggi's disappearance is no coincidence. From 2011 onwards, Turkey and Qatar were the Muslim Brotherhood's biggest supporters in the region; since 2013, both countries have provided refuge for many of its members.

For Khashoggi, Turkey has, since 2017, been one of the few places in the Middle East to which he could travel safely. The relationship between Riyadh and Ankara, on the other hand, has deteriorated considerably. For this reason, Saudi Arabia is unlikely to be bothered by the reaction of the Turkish government. Moreover, Turkey is not sufficiently interested in a detente between the two countries to warrant a lukewarm response to Khashoggi's abduction.

These events are, however, a headache for the kingdom's allies. Since 2017, the United States has been building a close alliance with Mohammed Bin Salman, with whom it shares a hostility towards Iran. Just recently, Germany ended a stubborn diplomatic crisis with Riyadh that was beginning to have a negative impact on German companies in Saudi Arabia.

If it is confirmed that the Saudi government had a member of the opposition abducted and murdered in a NATO state, the allies must make their displeasure known. Comparisons with the attempted assassination of the former Russian agent Sergei Skripal in Great Britain – for which the West called Moscow to account – come to mind.

The reaction of the Western alliance to this case should be similarly decisive to the response to the events in Salisbury. At the very least, the expulsion of diplomats would be one possible and absolutely appropriate measure.

Guido Steinberg, who holds a doctorate in Islamic Studies, conducts research at the Stiftung Wissenschaft und Politik (SWP) on Saudi Arabia and other subjects. The article first appeared on the SWP's homepage in the section "Kurz gesagt".

Sex education – taboo in the Middle East. Or is it? Thanks to social media, millions these days are daring to ask everything about "it". Jennifer Holleis has the details END_OF_DOCUMENT_TOKEN_TO_BE_REPLACED

The world must take action now to prevent a deep and lasting humanitarian crisis in Afghanistan. But what, if anything, can be done? The one billion dollars pledged by ... END_OF_DOCUMENT_TOKEN_TO_BE_REPLACED

"The people aren’t ready for democracy" has been the constitutional basis for Arab tyranny, its favourite slogan and its sacred narrative for more than a century. Yet, asks Khaled ... END_OF_DOCUMENT_TOKEN_TO_BE_REPLACED

International relations are shifting across the Middle East as regional powers adapt to America's retrenchment and China's growing influence. Although the region could become the ... END_OF_DOCUMENT_TOKEN_TO_BE_REPLACED

Caught up in discussions on the future of local Afghan forces and new Islamist threats, people are failing to grasp the historic scale of the debacle, argues Stefan Buchen in his ... END_OF_DOCUMENT_TOKEN_TO_BE_REPLACED

Comments for this article: What to do about Khashoggi?

One of the biggest supporter and financier of the USA. How many Zionist companies does she prop up. She is the next step child of the USA. She cannot do no wrong just like Israel. What ever rant and rave you hear coming out of Washington is nothing but hot air, or commonly called a Fart. Nineteen high jackets, fifteen from Saudi’s Arabia, and no Sanctions, I wonder why.

END_OF_DOCUMENT_TOKEN_TO_BE_REPLACED
Social media
and networks
Subscribe to our
newsletter