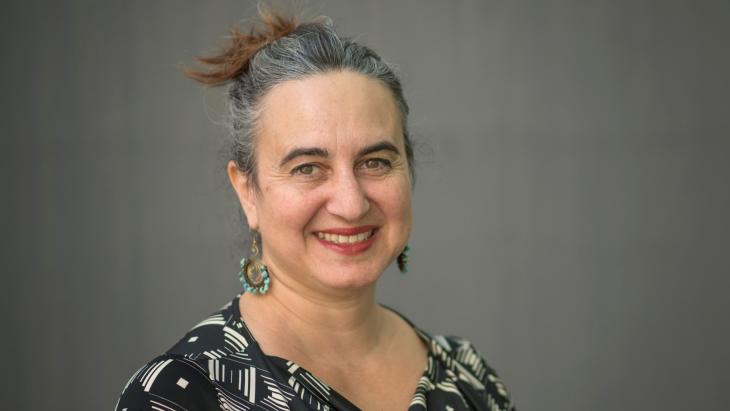 "What is Islamic art?" with art historian Wendy Shaw
What is art, when the primary sensory organ is the heart?

How can we truly appreciate the richness of cultures not our own? In her recent book "What is Islamic art? Between religion and perception", art historian Wendy Shaw explains the need to abandon our vision-centred perception of art and the aesthetic, embarking instead on a multi-sensory voyage of discovery. Interview by Lucy James

Professor Shaw, when thinking in terms of Islamic art, many readers in the West will have vague notions of non-figurative representations, of patterns and calligraphy. How accurate is this image?

Extensive discussions within the Islamic world about the meanings and effects – ranging from idolatry to union with the divine – of various types of representation go well beyond our understanding of the pictorial. Often expressed in narrative or poetic rather than direct forms, such discussions include how pattern, music, and even dreams may function as representations.

In everything from writing to architecture, they cross the boundaries between text, sound, image, and materiality. Hence the idea of "ornament" as opposed to "meaningful representation" doesn’t work.

The common discussion of an image ban isn’t just incorrect, it’s boring. It masks an exciting, complex intellectual and aesthetic history that expands how we can take in and express our relationships with the world.

You write about “discovering that which is not art history”. What has been the role of art – and perhaps, more specifically, poetry – in Islam over the centuries?

Shaw: The terms "art" and "history" place certain objects deemed to be "beautiful" or "treasured" in a framework across time and place. But neither these designations of value, nor their engagement with time and place, govern the meanings of things as they are experienced within a culture.

Your dining table may come from IKEA, but its meaning for you derives from the meals and conversations you have around it. If I recognise the time and place of your table, it is not incorrect, but it certainly doesn’t define your culture. Likewise, a tile from 13th century Anatolia made under the Seljuk Dynasty tells me nothing about the culture of the people who saw it on their wall, and even less about the culture of people in Anatolia today.

I try to pay attention to how people in that past expressed their relationship with being human in the world, including their perceptions of the divine through created forms we think of as art. They often expressed themselves in poetry. This poetry was linked to diverse traditions, both beyond the Islamic – such as Greek philosophy and Christianity, Judaism, Buddhism, and Hinduism – and included theological knowledge.

Recognising these relationships, I consider how the objects we see as "art" conveyed meaning for the people who lived with them, in the terms they would use – rather like we make sense of our world through song lyrics, movie quotations, and literature. 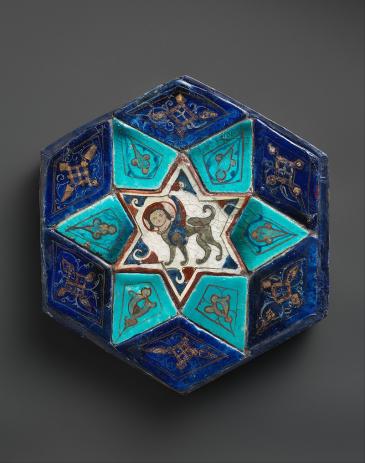 Discovering that which is not 'art history': "Your dining table may come from IKEA, but its meaning for you derives from the meals and conversations you have around it. If I recognise the time and place of your table, it is not incorrect, but it certainly doesn’t define your culture. Likewise, a tile from 13th century Anatolia made under the Seljuk Dynasty tells me nothing about the culture of the people who saw it on their wall, and even less about the culture of people in Anatolia today," says Shaw

What has shaped our appreciation of art in Europe and the western world?

Shaw: Since our contemporary categories can never cover all times and all places, historians love to consider the history of the words and categories we use. A fascinating book published by Larry Shiner in 2001 called The Invention of Art talks about how this category is specific to the growth of capitalism in Western Europe.

Many investigations of art history, especially those since the 1980s, consider how the category has been used to construct and propagate a story for the present that fits contemporary values – individual genius, specialisation, competitiveness, and secularism. So how did European discussions of perspective and definitions of the image come to frame the categories we now regard as normal?

In the nineteenth century, the study of "art history" became one way in which a region previously framed as "Christian" could be re-thought in terms of "the West", transferring many practices previously associated with worship to the appreciation of art.

These modern categories frame our understanding; yet we can expand it by recognising multiple categories. This is different from what global art history generally does in adding other cultures to a set of terms and a group of methods already built into art history.

While my book examines the way in which perception is expressed in Islamic discourses, many colleagues have commented to me that its observations are also relevant for those researching medieval Europe, when people did not engage with the world through terms like "art" and "secularism" and "history".

You refer to the impact colonial, Euro-normative art has had on our ability to truly appreciate art from elsewhere. How can we free ourselves from this "naive gaze"? Where do we go from here?

Shaw: I wouldn’t say our gaze is naive or empty, but rather that it is already full. We carry who we are with us all the time, which often prevents us from thinking in new ways. In saying this, I am not really differentiating between Muslim and non-Muslim people: we are all modern together, meaning we encounter the world through shared understandings of terms like art, religion, secularism, history, images and vision. It is not so much incorrect, as limiting.

Since Ali Khamenei, Iran's most powerful man, has openly and unconditionally come out in support of Putin's war in Ukraine, logistical help is on its way, with an allegedly ... END_OF_DOCUMENT_TOKEN_TO_BE_REPLACED

Tourists have been returning to Tunisia, Egypt and Morocco. But, given the global uncertainty caused by the Ukraine war, will the comeback be enough to save a struggling sector, ... END_OF_DOCUMENT_TOKEN_TO_BE_REPLACED

The highly controversial Indian blockbuster "The Kashmir Files“, on the exodus of Kashmiri Hindus in the 1990s, is characterised by unilateral representations, negative ... END_OF_DOCUMENT_TOKEN_TO_BE_REPLACED

"Flugt" is the world's first museum dedicated to the stories of those forced to flee. The new museum, which focuses on the fates of refugees then and now, is housed in a former ... END_OF_DOCUMENT_TOKEN_TO_BE_REPLACED
Author:
Lucy James
Date:
Mail:
Send via mail

END_OF_DOCUMENT_TOKEN_TO_BE_REPLACED
Social media
and networks
Subscribe to our
newsletter