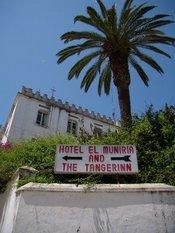 Sign pointing the way to the Hotel El Muniria, where William S. Burroughs wrote his novel Naked Lunch from 1954 to 1956

​​ William S. Burroughs would turn in his grave if he could see the kids who meet up at the Tanger Inn every weekend. Spoilt, nouveau riche young men who get a car for their birthday from daddy, their breakfast from the maid and their schooling at private academies. The fact that a few of them snort a line of coke in the bar's bathroom would be small consolation for Burroughs. But perhaps the hustlers keeping an eye out for European tricks might lift his mood.

Not that these young men know who William S. Burroughs is, although the walls are lined with large photos of him and Allen Ginsberg, the other icon of the "Beat Generation".

With the music blasting and the alcohol flowing, no one here is interested in the building's history. The Tanger Inn is part of the Hotel El Muniria immediately above it. A small hotel in the new part of town, where William S. Burroughs wrote his novel Naked Lunch from 1954 to 1956. The book is now a classic slice of US literary history that has sold over a million copies worldwide.

Burroughs lived in room no. 9, with access to a small walled garden with a large palm tree growing out of it to this day. "No, no, he wasn't interested in either the garden or the terrace," John Sutcliff told me in 1991. Sutcliffe, the owner of El Muniria, died shortly after our interview. "The shutters were almost always closed, you often didn't know if he was at home." 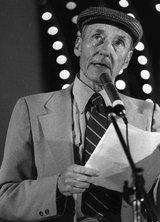 "El hombre invisible": Burroughs never quite managed to hook up with the artistic elite hanging out in Tangier at the time

​​ In the first year, Burroughs was writing under the influence of opiates. He claimed not to have taken a bath or changed his clothes for months, "or removed them except to stick a needle every hour in the fibrous grey wooden flesh of heroin addiction."

Following rehab in London, he carried on working in Tangier, switching to marjoun, a traditional Moroccan hashish jelly. No great surprise then that Burroughs later said he had no idea how he wrote the novel.

A brand new German translation of Naked Lunch by Michael Kellner, published by Nagel & Kimche to mark the 50th anniversary of the book's first publication by Olympia Press in Paris in 1959, provides plenty of information on how the novel came about. The new edition includes various different texts alongside the first published version, letters from the author and a detailed epilogue on the novel's history.

​​ The material tells us how Burroughs' friends Allen Ginsberg, Allen Ansen and Jack Kerouac had to sort through chaotic piles of manuscripts, notes and letters before the book could be put together.

"We type & edit vast amounts of material in relays, and also farm out some typing too, quite a bit done – one whole section of 120 pages finished," Allen Ginsberg wrote in a letter to Lucian Carr in 1957. This was how the first manuscript for Naked Lunch was compiled in Tangier.

The novel tells stories set in the USA, Mexico and Tangier, breaking down the usual linear narrative structures of the time and the image of a single creative writer. Naked Lunch is as much a product of Burroughs' pen as it is of his group of friends, who made alterations and selections, deleting and rewriting whole sections. A collective process that was only possible in this form through a sense of mission that held them all together.

The would-be writers had met up in the 1940s in New York, where they went in search of a completely new type of individual – and a no less revolutionary literature. First they found the hustler, small-time thief and junkie Herbert Huncke. He taught them the language and culture of the underground, showed them the jazz clubs of Harlem and got hold of drugs of all kinds for them. The new literature was the result.

​​ They called themselves "the Beat Generation", coined by Jack Kerouac based on Huncke's "I am beat". Allen Ginsberg wrote his famous poem Howl (1956), Jack Kerouac On the Road (written 1951, published 1957) and Burroughs Naked Lunch (published 1959).

John Sutcliff, the former owner of El Muniria, well remembered the young Beat poets who typed away at the manuscript in his hotel. "There was one guy, I think his name was Gregory Corso, and he kept falling off his chair in the Tanger Inn. I asked him what was wrong – and he recommended I take a trip too. I replied that whatever kind of trip he meant, I wasn't into rolling around on the floor." 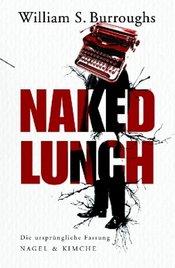 ​​Burroughs' fist visit to Tangier, the "White City" on the Straits of Gibraltar, was in 1953. Two years previously, he had accidentally killed his wife during a drunken game of William Tell in Mexico City. The "International Zone" of Tangier seemed the perfect place for the then 39-year-old writer.

Hashish was smoked openly on the streets, hard drugs were available over the counter at pharmacies, the police kept a low profile and homosexuality and even pederasty seemed completely normal here.

Brothels of all kinds operated undisturbed. Before El Muniria, Burroughs lived at number 1 Calle del los Arcos, directly above one of these dens of male prostitution. Kiki, one of the young men who worked there, became his constant companion.

"There is an end of the world feeling in Tangier..." Burroughs wrote to Allen Ginsberg. "Something sinister in complete laissez-faire."

Monthly cheque from mom and dad 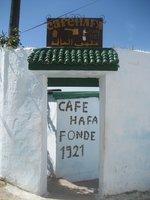 One of Burroughs' favourite hangouts was Cafe Hafa, an outdoor café on the cliffs above the Mediterranean

​​ That was something that attracted many other creative types at the time: Paul Bowles and his wife Jane, Tennessee Williams, Truman Capote, Francis Bacon and Brion Gysin, to name but a few. But William S. Burroughs had no contact to this artistic elite. Living on a monthly 200-dollar cheque from his parents, his funds were limited.

He lived in a down-at-heel hotel and knew hardly anyone but pharmacists, dealers and his lovers, while the other ex-pat writers and artists frequented upper-crust bars and parties.

William S. Burroughs remained a loner in Tangier. He was known as "el hombre invisible", occasionally sighted in the city's cafés. One of his hangouts was Cafe Hafa, where he sat at a wobbly blue wooden table and smoked kif (marihuana), drank tea and made notes.

The outdoor café on the cliffs above the Mediterranean is now a meeting place for young students. Strange types like William S. Burroughs are a rare sight here nowadays.

Tangier Takes Center Stage
Renaissance of the "White City"
The oriental, hedonist aura that lured many cultural figures to Tangier in the 1950s has long vanished. Largely neglected in the days of Hassan II, the city is now being renovated on a grand scale – and is once again attracting its fair share of illustrious characters. By Alfred Hackensberger

"Translating Libya"
Non-Political Stories of Love and Hardship
Hardly any Libyan literature has been translated from Arabic. Now, a former American diplomat to Libya has published a collection of Libyan short stories in English. The edition offers insights into a hitherto undiscovered literary landscape. By Susannah Tarbush

END_OF_DOCUMENT_TOKEN_TO_BE_REPLACED
Social media
and networks
Subscribe to our
newsletter