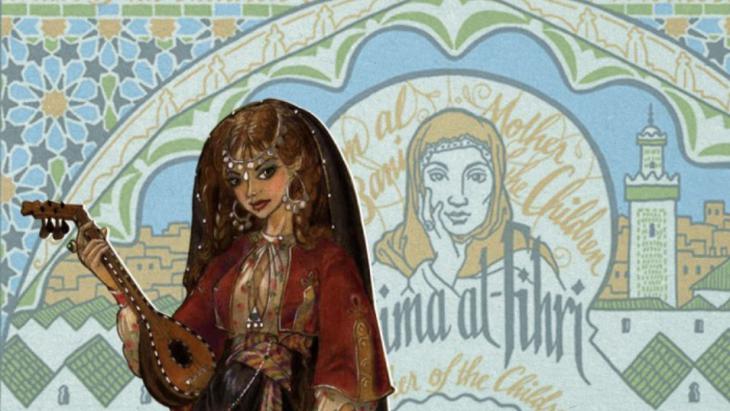 Women and Arab-Islamic education
The doyennes of learning

The first university in the world was founded by a Muslim woman. One of the Arab world′s most prestigious and oldest universities was also founded by an Arab princess. Women had a remarkable role in building schools and patronising the sciences throughout Islamic history. By Tharwat Al-Batawi

Of the many contradictions in the way we recount our heritage, one issue in particular stands out. The long history of Arab and Muslim women at the helm of educational institutions seems quite at odds with the struggle in modern Arab societies over whether women have the right to education, a debate that was only settled in the past century – and which remains contested in some fundamentalist circles until today.

From the khatuns (noblewomen) of the Ayyubid era to the Mamluks; it was women who founded a great many of the schools in Egypt, the Levant, Yemen and Iraq.

The efforts of Muslim women extended as far as setting up a unique educational system in West Africa in the mid-19th century. Prior to this, Razia Sultana of Delhi was known for establishing schools and patronising scientists.

Moreover, the role of Arab and Muslim women was not limited to the establishment of schools and universities. Some were scientists and scholars themselves.

Few are aware that the University of Al Qarawiyyin in Fez, Morocco – established in 859 AD as the world′s oldest university – was founded by an Arab Muslim woman; namely, Fatima bint Muhammad al-Fihri Al-Qayrawaniyya. In its long prestigious history, the university trained various prominent scholars of philosophy, religion and Arab literature. 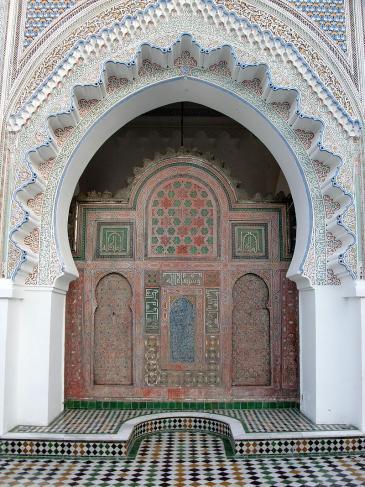 Few are aware that the University of Al Qarawiyyin in Fez, Morocco – established in 859 AD as the world′s oldest university – was founded by an Arab Muslim woman; namely, Fatima bint Muhammad al-Fihri Al-Qayrawaniyya. In its long prestigious history, the university trained various prominent scholars of philosophy, religion and Arab literature

Al-Fihri was the daughter of a wealthy merchant and her family relocated to Fez from the town of Kairouane (in modern-day Tunisia), during the reign of Prince Yahya bin Mohammed bin Idris.

Coming from a wealthy family, she used her inheritance to buy a plot of land on which the al-Qarawiyyin Mosque and University would be established. She ordered their construction during the month of Ramadan in 245 AH. She dug a well on the site that still stands there until today.

The mosque was at first a religious institution and later evolved to become the largest Arab college in the Maghreb. The university still operates as an academic institution today.

Sitt al-Sham: patron of the sciences, builder of schools

Her role is recorded in history and classical literature as a patron of the sciences and the arts, most famous for building schools and her generous endowments. She was known as Sitt al-Sham Zumurrud Khatun bint Najm al-Din Ayyub, the second sister of Saladin.

Sitt al-Sham focused on charity work, but was also involved in sponsoring the sciences through building two madrassas (schools). The first is al-Madrasa al-Shamiyah al-Kubra, which was established in 1186 AD in Damascus, Syria. There, she hired the finest scholars of the era, stipulating that they should not teach at any other madrassas, to ensure they were fully committed to the students there. She also endowed the school with large funds of her own money.

She turned her own house into another madrassa, generously endowing what came to be one of the largest and most prestigious madrassas in Damascus. She appointed the famous scholar Ibn al-Salah as the school administrator.

The Ayyubid Khatuns and education

Along with Sitt al-Sham, the noblewomen of the Ayyubid era (known as khatuns) had great influence in education through building schools, sponsoring the sciences and launching educational endowments.

Among the most prominent examples is Khatun Om Shams al-Muluk, who established the Khatuniyah school. She was renowned as a patron of education, building madrassas in Aleppo, Hama, Damascus and Cairo.

She built hundreds of schools and libraries and the sciences flourished under her directives. Razia was the daughter of Shams al-Din Iltutmish, who began his life as a Turkish slave and died as the Sultan of Delhi. Razia was the only female ever to rule the Delhi Sultanate and the first Muslim ruler in South Asia.

During her tenure as a Sultana, from 1236 to 1240 AD, she carried out significant reforms in the system of governance. She was also known for her popularity among the general public, with whom she strived to connect. 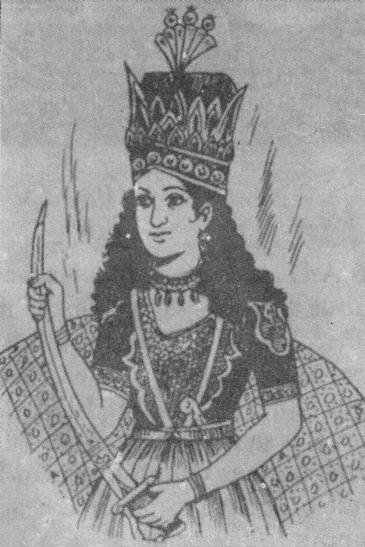 The people′s Sultana: Razia built hundreds of schools and libraries and the sciences flourished under her directives. Razia was the only female ever to rule the Delhi Sultanate and the first Muslim ruler in South Asia. During her reign as Sultana from 1236 to 1240, she implemented major government reforms. She was beloved of the people

She was the mother of King Ali Dawoud, the fifth of the Rasulid dynasty kings in Yemen. She took the reigns during the 14-month period when her son was detained in Egypt and is said to have secured stability in the land, placating the unrest that threatened to erupt by his departure.

She had a major impact on education in Yemen. She built the Islahiya madrassa in the city of Zabid, another madrassa in village in Wadi Zabid and a third in Taiz. She strived to secure enough endowment for each madrassa before her death in Taiz, in 1361 AD.

She established Madrasat al-Amirah Tatar al-Hijaziyya, which included a library, a mosque and an orphanage that provided money, food and clothing to orphans all year long. Tatar al-Hijaziyya was the daughter of al-Malik an-Nasir Muhammad ibn Qalawun.

Khawand Baraka, mother of al-Ashraf Zayn al-Din Abu al-Ma′ali Sha′ban ibn Husayn ibn Muhammad ibn Qalawun, established a school in 1370 AD known as Madrasat Umm al- Sultan. At the entrance was a sabil – a public fountain from which people could drink water. Her son would later be buried in the school.

Naila Khatun was the wife of Murad Effendi Moktobjee, one of the prominent noblemen of the Ottoman Empire in Iraq. When her husband died, she donated his house in Baghdad in 1874 AD as an endowment, naming it Madrasat Mouradia.

She appointed a teacher, an imam, a muezzin and servants to work at the school, stipulating that there must always be 20 students in the school, day and night.

Nana Asma′u, daughter of Usman dan Fodio, was a scholar, a poet and a famous patron of education. She remains a revered figure in northern Nigeria.

Asma′u set up literacy workshops to teach women reading and writing, as well as training them in miscellaneous crafts and professions to help them support themselves.

She wrote poems to help teach the rules of fiqh and intonation. Her students would later become teachers in their own right, continuing her legacy of educating women. Several schools and Muslim women′s organisations were named after her, in her honour.

While credit for establishing the world′s oldest university goes to an Arab woman, one cannot mention Cairo University, one of the Arab world′s most prestigious universities, without giving equal credit to Princess Fatima Bint Khedive Ismail.

Patron of the sciences: Sitt al-Sham focused on charity work, but was also involved in sponsoring the sciences through building two madrassas (schools). She turned her own house into another madrassa, generously endowing what came to be one of the largest and most prestigious madrassas in Damascus

Fatima donated a plot of land on the outskirts of Cairo to be used to build what came to be known The Egyptian University. To complete building the university, she also endowed the university with approximately 674 acres in the Nile Delta, along with her jewellery collection, which was valued at 18,000 Egyptian pounds at the time. Fatima also donated many books and rare manuscripts that were diplomatic gifts from world leaders.

Most notably, in 1914 she insisted on paying for the foundation stone of the university using her own money.

Though there are many pioneers of women′s education in the Islamic world, Queen Iffat al Thunayan, wife of the late Saudi King Faisal, occupies a special position for her dedication to advance women′s and girls′ rights to education, in a society that considered teaching them a sin.

The Turkish-born Saudi queen was born in 1915 and married King Faisal in 1932, when he was the governor of Hijaz. She managed to launch a department for women′s education in the Ta′if Model School in the 1940s. However, due to the reluctance of many families to send their daughters to the school, the Queen decided to establish a school dedicated to girls at her palace.

Despite the opposition she faced from conservative religious circles, Iffat nonetheless managed, with the support of King Faisal, to inaugurate the Dar Al Hanan schools in 1955, which were the first schools for girls in Saudi Arabia.

Home
Print
Newsletter
More on this topic
Taha Hussein and the democratisation of education in Egypt: The sea of knowledgeThe decline of Islamic scientific thought: Don't blame it on al-Ghazali''The House of Wisdom'' by Jim Al-Khalili: The golden age of learning in the Arab-speaking world
Related Topics
Education, History of Islam, History of the Near and Middle East, Muslim women, Science, Women in the Islamic world
All Topics

Sisi’s mismanagement has plunged the country into crisis. Both political and economic reform is needed to save it, writes Abdelrahman Mansour END_OF_DOCUMENT_TOKEN_TO_BE_REPLACED

The devaluation of the Egyptian pound combined with rising food prices is taking its toll on Egypt. More and more people are slipping into poverty. Karim El-Gawhary reports from ... END_OF_DOCUMENT_TOKEN_TO_BE_REPLACED

Egyptian Sufis have been on the defensive against the country's Islamists for decades. Meanwhile, interest in mysticism is growing among the young members of Cairo’s middle and ... END_OF_DOCUMENT_TOKEN_TO_BE_REPLACED

Abortions are illegal in Egypt unless they are necessary to save a married woman's life. But that doesn't stop local women from having one. Egyptian society needs to acknowledge ... END_OF_DOCUMENT_TOKEN_TO_BE_REPLACED

Food prices doubled, salaries halved, banks restricting withdrawals: Egyptians now have the same problems as the Lebanese. But if things get worse here, the fallout will be far ... END_OF_DOCUMENT_TOKEN_TO_BE_REPLACED

END_OF_DOCUMENT_TOKEN_TO_BE_REPLACED
Social media
and networks
Subscribe to our
newsletter