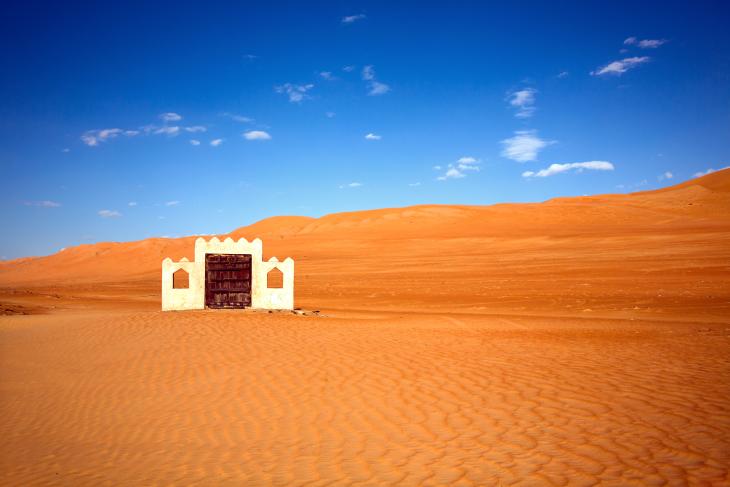 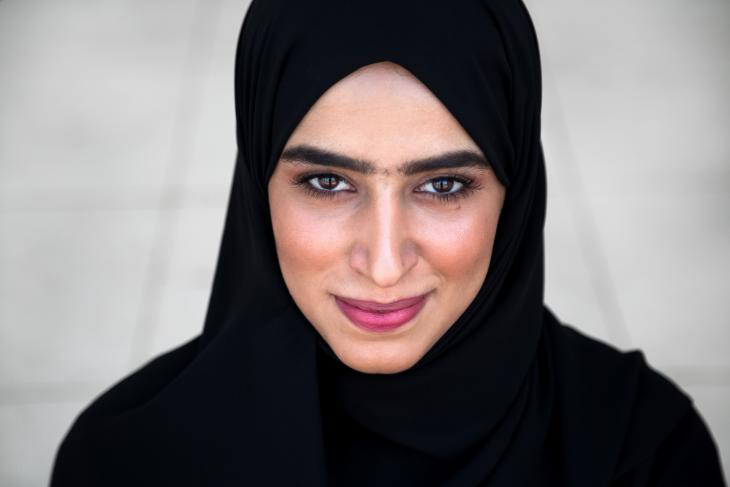 May Salim Khalaf Al Kaabi just finished her studies at Oman Tourism College and now works as a freelance tour guide. "I love the diversity of the people I meet from all over the world. I also have a lot of fun. Just as a woman is happy to be a queen and a leader inside her home, she feels the same when she is the leader of a large group of foreign tourists" 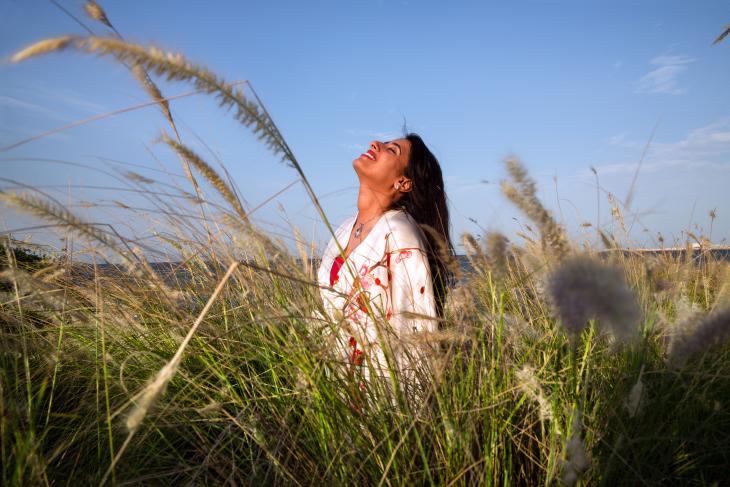 Former diplomat turned businesswoman, Dr Lamya Harub became the first Omani to hold a visiting scholarship with Columbia University, while completing her PhD at King’s College London. Lamya is also co-founder of the Omani Academy for Special Skills, which is the first inclusive leadership and training programme developed in the Sultanate to help and promote people with intellectual disabilities 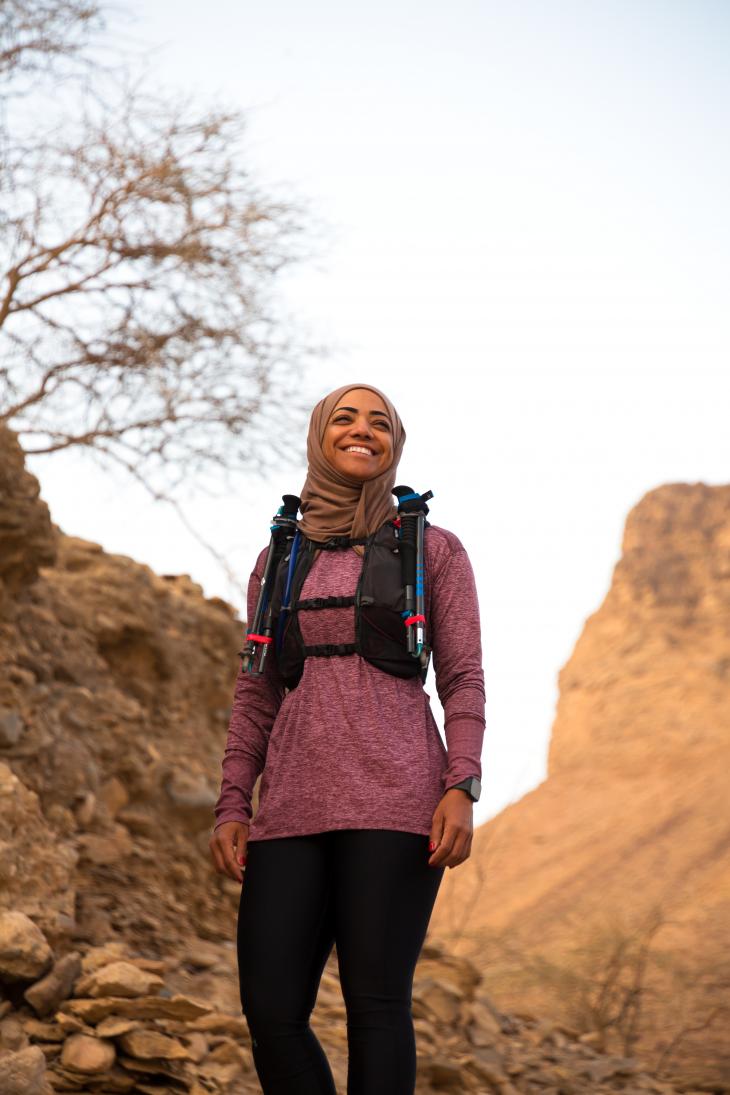 On 23 May 2019, Nadhirah Al Harthy became the first Omani woman to climb Mount Everest. With a master’s degree in geography, she wanted to step outside the box Arab women are often put into. "When I went to climb Kilimanjaro with some students for work, I felt a connection with the mountains. I set my dream to climb Everest two years ago. I didn’t focus on being the first, I focused on reaching Everest. In fact, I learned more from the two-year journey to Everest, than from finally reaching the summit" 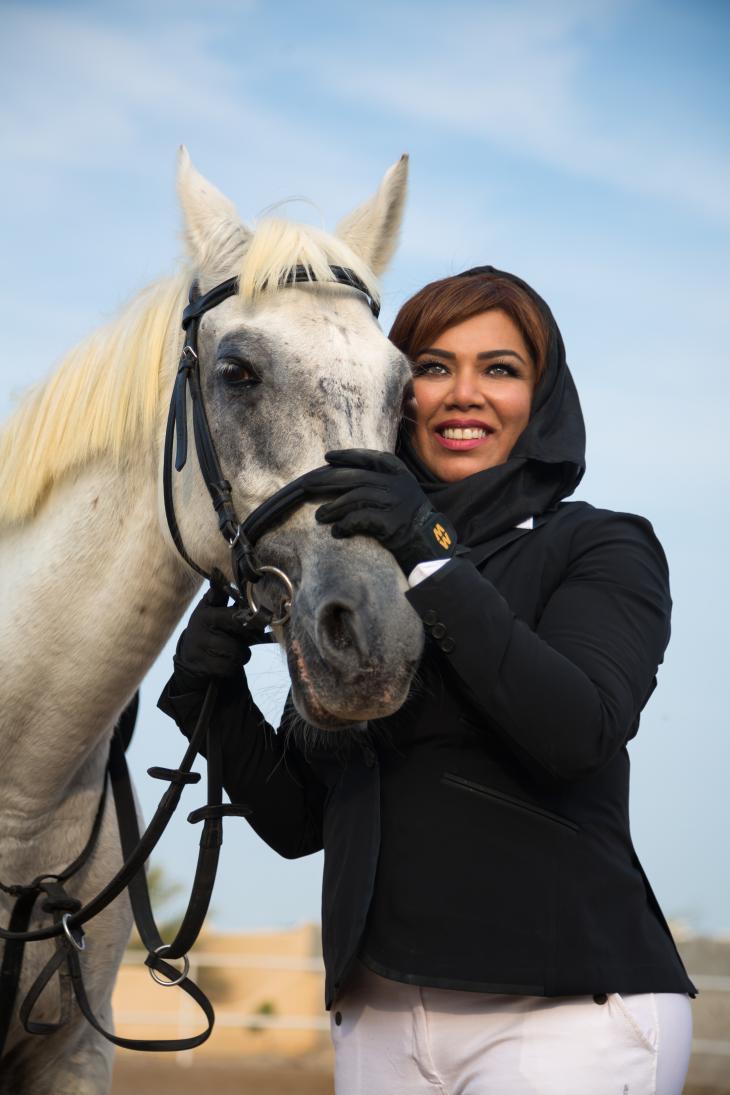 Duaa Abdullah Sakhar Al Amri: "I first joined the Royal Stables as a beginner, where I learned the basics of horse riding. I always wanted to have my very own stables, where I could practice without any restrictions, as well as teaching others. So I set up the Al Muriyat Equestrian Stables and Riding School, which offers its female students female-only days and female led lessons. I am proud to own the very first horse riding school established by a woman within the Sultanate" 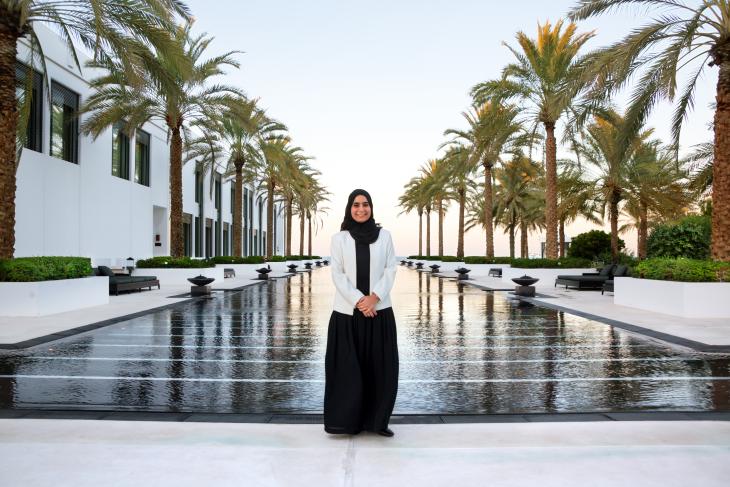 Muneera Al Habsi is front office manager at The Chedi, a famous 5-star hotel complex located on the seafront in Muscat. "Being in the hotel industry for more than a decade has given me the opportunity to meet people from different parts of the world, with varied cultures. This makes me proud of my own education and culture, which my parents instilled in me" 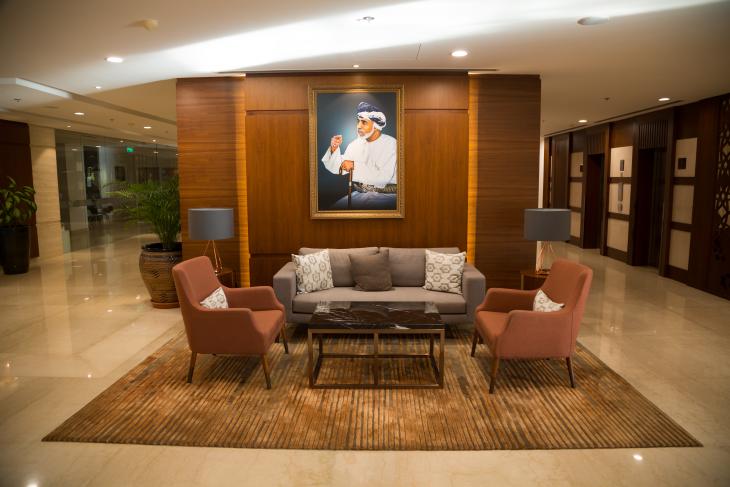 During the 50 years of Sultan Qaboos Bin Saïd's reign, he introduced many reforms and ran numerous social programmes. Omani women were granted rights equal to those of men, particularly in matters of voting and property. As early as 2004, the post of Minister of Higher Education was notably occupied by a woman, Dr Rawya Saud Al Busaidi. October 17 is celebrated each year as Omani Women’s Day 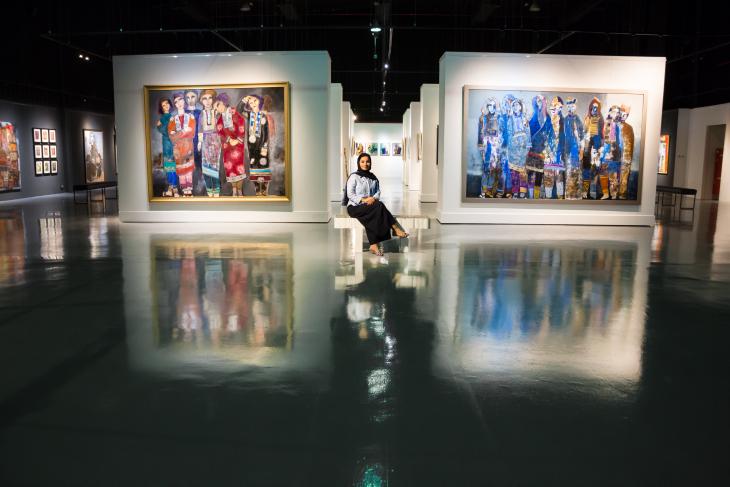 The scale of Alia Al Farsi's creations spans from intricate palm-sized boxes to large wall paintings and even jet fighters. Her recent foray into furniture, sculptures, installations, and object painting allows her to showcase and express her talent beyond two-dimensional settings of the canvas. She has exhibited internationally with solo shows in Tokyo, Seoul, Paris, and Brussels 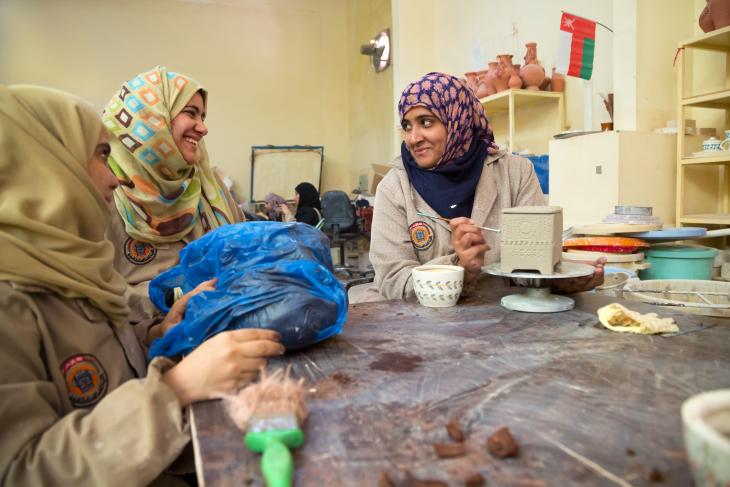 Maryam (on the right) works at the Public Authority for Craft Industries in Bahla. In a few months, with her colleagues, she will start her own independent project. The centre’s handicrafts are sold all over the country. "It is very important for us women to explore our creativity and develop our own projects. Mutual help between women in Oman is very important, we are doing well together" 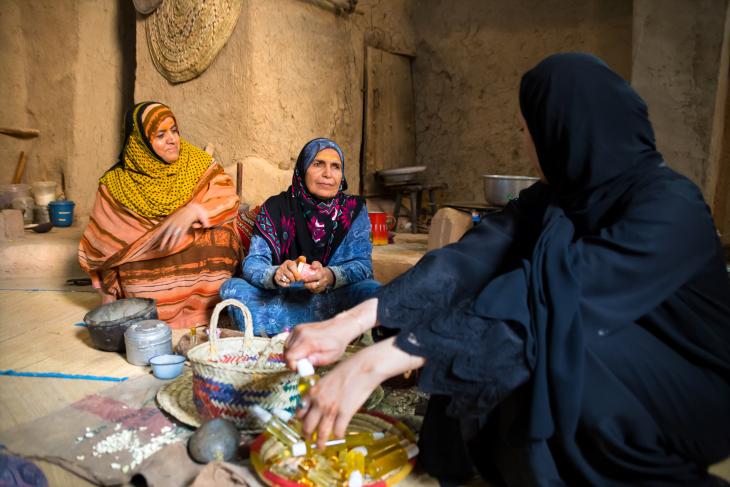 For more than 10 years, Saada and her family have welcomed visitors to the Bait Al Safah museum, located in the aged and crumbling village of Al Hamra. They demonstrate the culinary arts of juniper-oil production, Omani bread-making and coffee-bean grinding in the reception room of their traditional house dating back three centuries 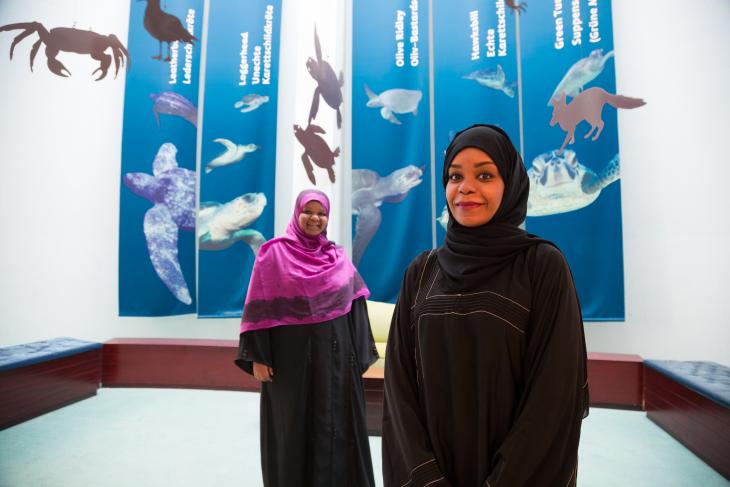 Khadija Al Farsi: "I started work at the Ras Al Jinz Turtle Reserve in 2009 as a human resources coordinator. As I gained experience in dealing with the tourists, I also learnt a lot about other cultures. I encourage girls to experience the tourism sector." Aïda Khamis (left), welcomes visitors to the Turtle centre. "I graduated from Oman Tourism College in 2005. I started my work at the Turtle Reserve in 2008 as a cook. I later shifted to the gift shop. Now I work as a receptionist" 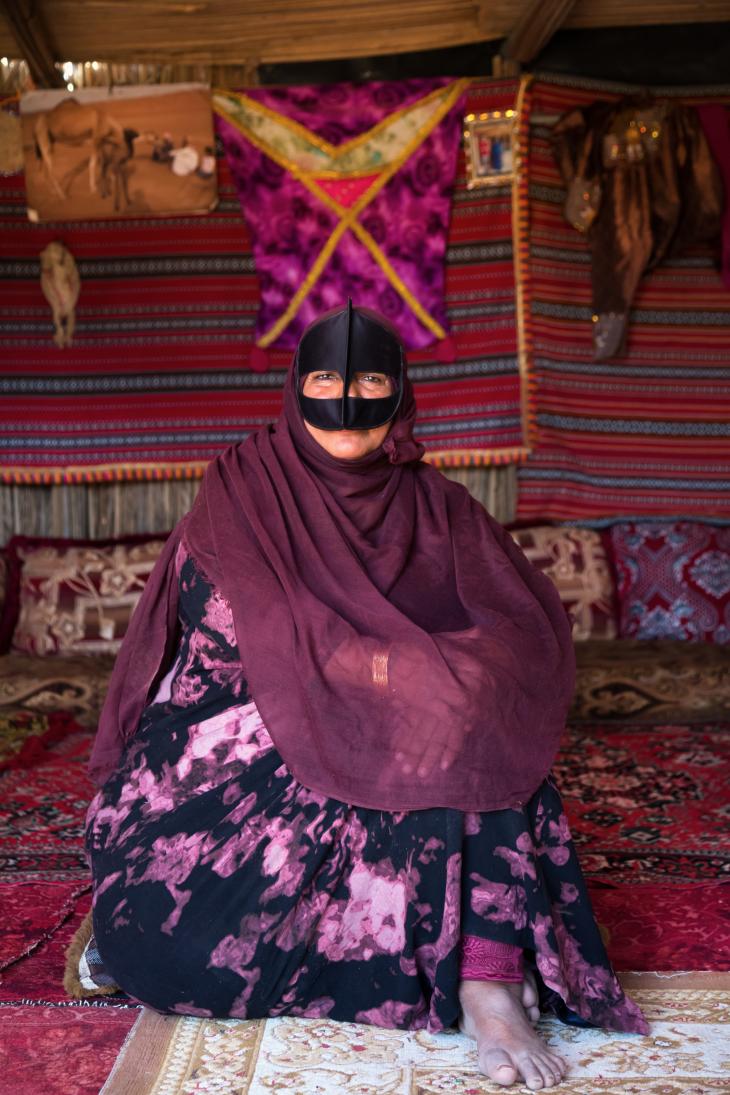 Salma is a Bedouin and poses in her tent at the entrance to the Wahiba Sands Desert near El Badiyah. She lives in the desert for half the year, during autumn and winter. During the summer, she returns to the city as temperatures reach 50 degrees. Salma has two children who work in the city and who have abandoned the traditional way of life of their parents 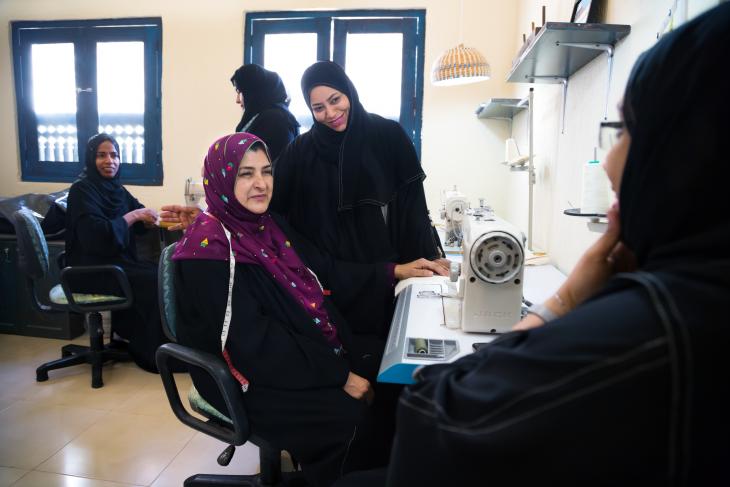 Sidab women's group is based in Sidab, a village near Muscat. The association was founded in 2004 by Badriya Al Siyabi. She created a community centre and started to teach the women sewing, business and communication skills. Today, it is considered as a model for female empowerment in Oman, providing young unemployed girls with the means to secure an independent income. The women of Sidab welcome Omanis and tourists from all over the world 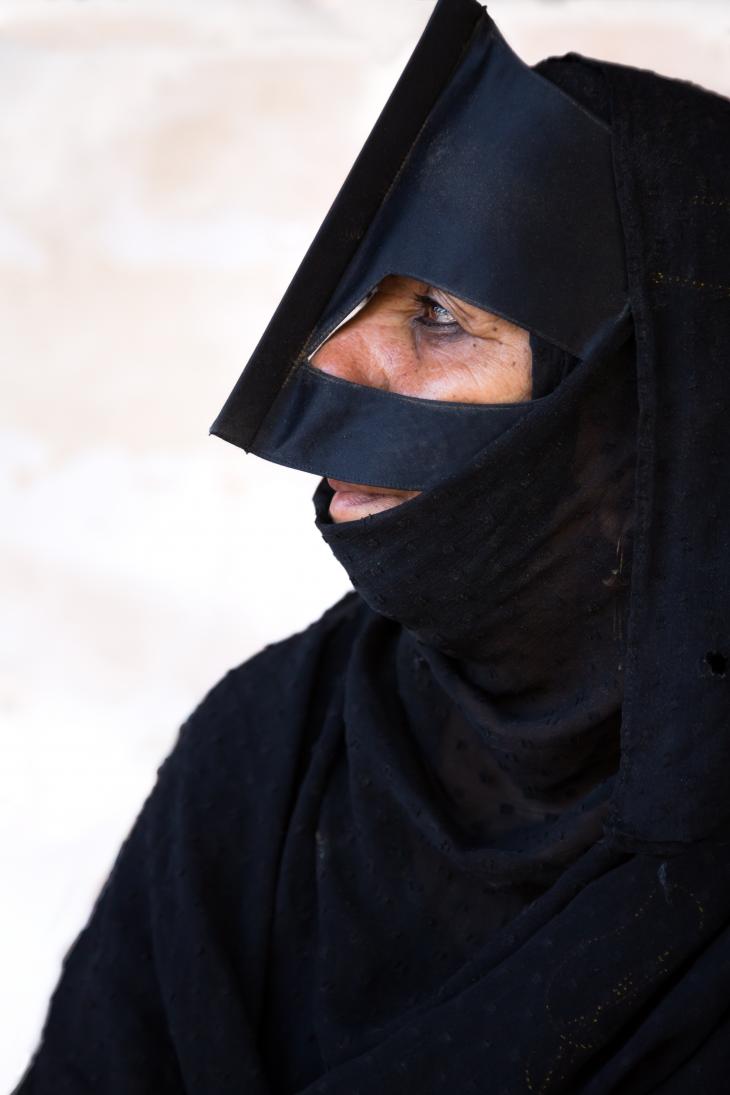 Latefa is Bedouin and works at the 1001 Nights Camp, a luxury camp in the middle of the desert. She sells handicrafts to tourists. She poses with the traditional mask worn by Bedouin women in Oman once they have reached puberty. Desert inhabitants initially used these masks as protection against hot sand and dust. To this day, Bedouin women wear their masks with great pride 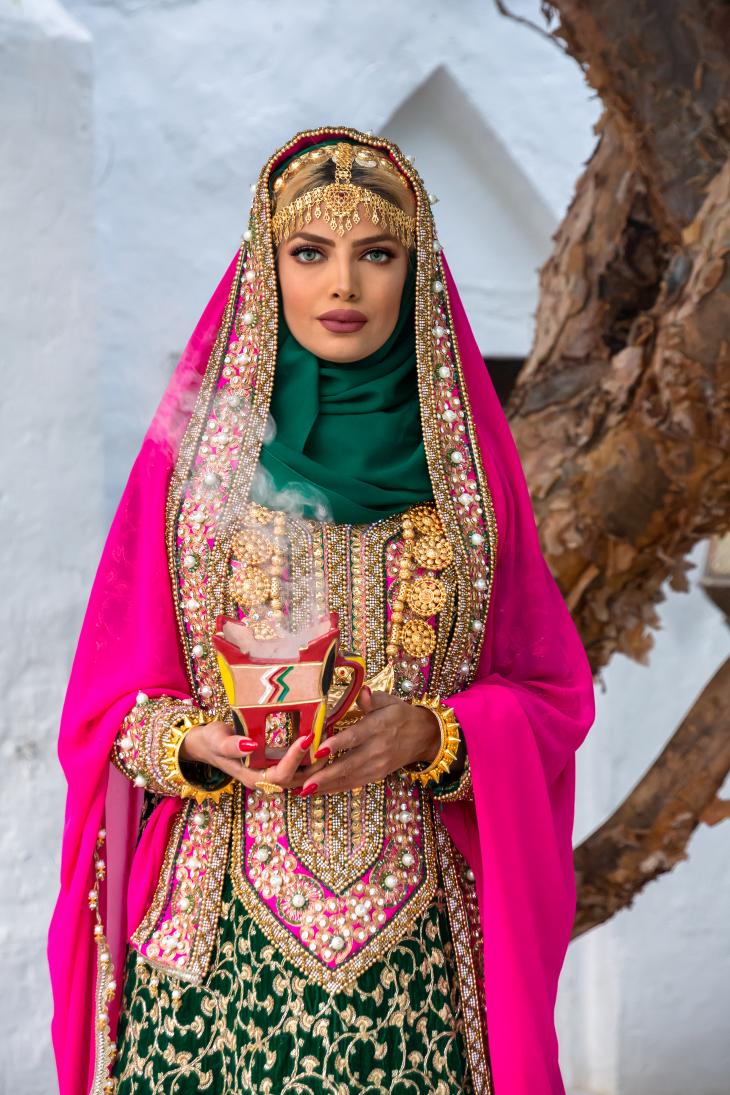 Areej Al Balushi is a model and blogger. She poses in traditional dress in a house in Muscat. She is regarded as one of the leading women influencers on social media in Oman (@mamacitaoficial on Instagram) 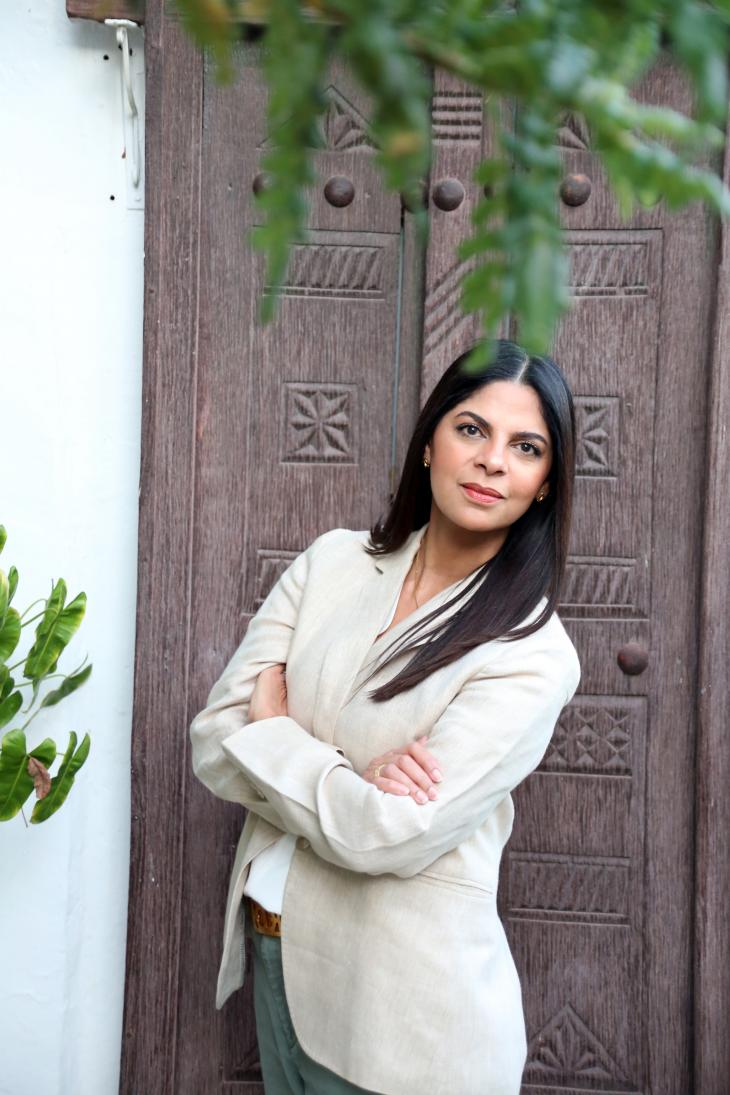 Leading Omani businesswoman and winner of the Al Mar’a Excellence Award for Entrepreneurship and Innovation 2017, Maha Suleiman Barakat Al Lamki is an inspiration to many in the Sultanate. With a clear vision and driven by her passion of interior designing, she founded her own company M Décor in 2006. Since then the company has expanded rapidly: the conglomerate M Co now consists of three key companies: M Media, M Décor and Twenty3Extreme

END_OF_DOCUMENT_TOKEN_TO_BE_REPLACED
Social media
and networks
Subscribe to our
newsletter