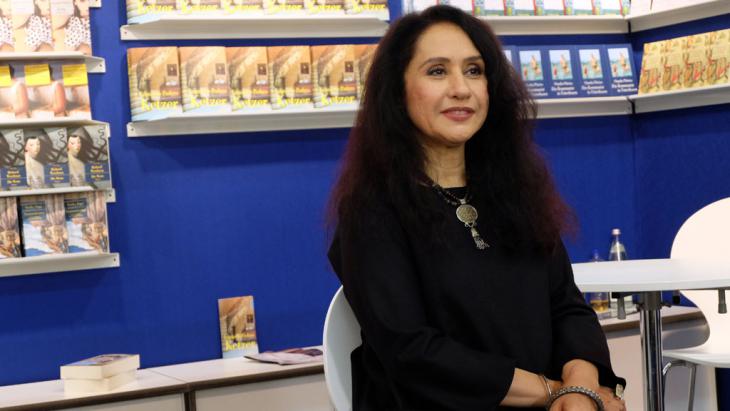 Women and the International Prize for Arabic Fiction
How many women does it take to win the IPAF?

The International Prize for Arabic Fiction (IPAF) was launched in 2007. Since then, only one woman has won the prize. Over the course of the past eight years, there has been much debate about the appearance (or not) of women on the long- and shortlists for the prize. Marcia Lynx Qualey looks back on the history of women and the IPAF

It's an impossible question: How many women "should" be on the International Prize for Arabic Fiction longlists? It's usually answered by shrugs, percentages or a suggestion that such a question shouldn't be asked. After all, in the end, a literary prize is about books, not their authors.

The IPAF, popularly known as the "Arabic Booker", is now in its eighth year, and has established itself as the most-watched and most-gossiped-about pan-Arab literary prize. This January, the presence of just five women on the sixteen-strong longlist (i.e. less than a third) was mistakenly ballyhooed as the highest number so far.

In the first two years of the prize's existence, 2008 and 2009, women's books were almost non-existent. But with all the other controversies surrounding the new Abu Dhabi-funded prize, this fact went little-remarked.

In 2010, the prize's third year, it was rocked by controversy. The judges' names, which are supposed to come out only with the shortlist, were leaked early, with a suggestion that Alawiya Sobh's "It's Called Love" would take the prize. That novel did not advance to the shortlist, and one of the two female judges also resigned at the shortlist announcement, saying that the process didn't take her voice into account. It ended with just one woman on the shortlist, Mansoura Ez-Eldin, and the prize's most questionable winner: Abdo Khal's "Throwing Sparks".

Where are the women? 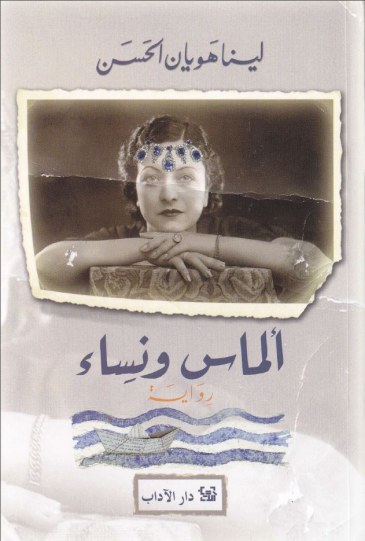 Syrian novelist Lina Huyan Elhassan's novel "Diamonds and Women" is on the longlist for the 2015 International Prize for Arabic Fiction. Elhassan is one of only five women on the list. Others include Maha Hassan, Hadia Hussein and Muna al-Sheemi

In 2010, observers noticed the lack of women's books and asked: Where are the women? In a 2010 interview, critic and scholar Samia Mehrez said that she gave credence to the argument that there aren't enough women on the IPAF lists. "I think it would be fair to say that one should expect women on that shortlist, because the literary production by women…is such that they merit not just one, but also they deserve to be represented by more than one."

The following year, the longlist was nearly 50-50, which led the chair of judges, in a prepared statement, to express "delight" at the number of women who'd reached the longlist. This set off a new storm of speculation that women had made it to the longlist not because of the merits of their books, but because of attempts at "political correctness" by the prize, which is administered out of London.

It also sparked commentary by women novelists. That year, Naguib Mahfouz Medal-winning novelist Amina Zaydan said that seeing more women on the IPAF longlist was a good first step, but she still didn't think a woman would win the prize. Although women's writing in Arabic is strong, she said, it is not taken as seriously as men's. Egyptian author Salwa Bakr, who has spoken out about the Arab critical establishment's treatment of women writers, also saw it as a good first step.

Despite Zaydan's prediction, in 2011, Raja Alem became the first and only female "winner", sharing the prize with Mohammad Achaari for her novel "The Dove's Necklace".

But the year after, there was only one woman on the longlist, a little-known author in Denmark, and no women on the shortlist. The next two years, 2013 and 2014, there were only two women's books on the longlist each year, with just one each year advancing to the shortlist. In 2013, the great Lebanese novelist Hoda Barakat saw her acclaimed "The Kingdom of This Earth" fail to make the shortlist.

But, Hoda Barakat aside, perhaps women's books just aren't good enough? There is no shortage of writers, both men and women, suggesting that men's writing deserves the far bigger share of award slots, and further suggesting that women writers are attracting undeserved attention from the West.

Moving away from the feminism label 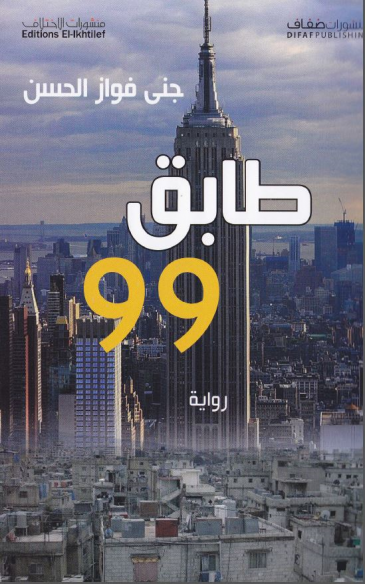 Jana Elhassan, who is on the 2015 longlist for her novel "Floor 99" suggests that women "should step out of the feminism label in writing. This is a central challenge for us."

Many writers, like previously shortlisted novelist Jana Elhassan, want to focus not on identity, but on the books themselves. Elhassan suggests that "we, as women, should step out of the feminism label in writing. This is a central challenge for us. I don't go for the 'how many women are there in the list,' 'which are the most-selected countries.'"

But what about the judging criteria? Men have been the majority of judges every year but one, and the judging chair has never been a woman. Usually, the judges have suggested that they are using "pure" literary criteria or "pure taste" as a yardstick.

In 2014, the Jordanian magazine "7iber" asked IPAF judge Abdullah Ibrahim about the prize's gender imbalance. He suggested the question was "out of place," because "of the novels put forward, 160 of them, there was a significant proportion of female novelists. However, the literary selection process dropped those works which do not contain artistic qualifications. Despite that, the shortlist has a female author[.]"

"When societies marginalise and discriminate against their members according to identity, holding a constricted (read: male, masculine, and heteronormative) identity model as the 'norm' or 'default' against which 'other' identities are evaluated, judged, and measured, who is to say that works by women do not exhibit 'artistic elements' that intentionally deviate from the 'male, masculine, heteronormative' criteria particularly due to their lived experience and identity position in society?"

In any case, the IPAF criteria seem to vary year by year, depending on that year's judges.

Which women could be on the IPAF lists? Radwa Ashour's books are conspicuously absent, but she stated publicly that she would not allow her books to be nominated. Other possibilities include Dunia Ghali's "Orbits of Loneliness", Sawsan Jamil Hassan's "Nabbashun", Basma Abdel-Aziz's "The Queue", Mansoura Ez-Eldin's "Emerald Mountain", Alexandra Chrietieh's "Always Coca-Cola", Iman Humaydan's "Other Lives", among others.

How many women will be on this year's shortlist? The shortlist, along with the list of judges, will be announced in Casablanca on Friday, 13 February.

With authoritarianism once more gaining ground in the Middle East and North Africa, the European Council on Foreign Relations explores how European diplomats can be more effective ... END_OF_DOCUMENT_TOKEN_TO_BE_REPLACED

Abdul Fattah al-Sisi's National Human Rights Strategy smacks of the containment and sabotage tactics adopted by counter-revolutionaries during Egypt's 2011 revolution and its ... END_OF_DOCUMENT_TOKEN_TO_BE_REPLACED

Sudan is the exception to the rule in the United Arab Emirates’ counter-revolutionary playbook, writes James M. Dorsey. In contrast to Egypt or Yemen, where it went out of its way ... END_OF_DOCUMENT_TOKEN_TO_BE_REPLACED

Racism exists in the Arab world. People with dark skin are discriminated against and often see their rights curtailed. Activists have had enough of such treatment and are starting ... END_OF_DOCUMENT_TOKEN_TO_BE_REPLACED

General Abdel Fattah Al-Burhan has declared a state of emergency in Sudan and dissolved the Sovereign Council, which was made up of military personnel and civilians. What will now ... END_OF_DOCUMENT_TOKEN_TO_BE_REPLACED

Sex education – taboo in the Middle East. Or is it? Thanks to social media, millions these days are daring to ask everything about "it". Jennifer Holleis has the details END_OF_DOCUMENT_TOKEN_TO_BE_REPLACED
Author:
Marcia Lynx Qualey
Date:
Mail:
Send via mail

END_OF_DOCUMENT_TOKEN_TO_BE_REPLACED
Social media
and networks
Subscribe to our
newsletter