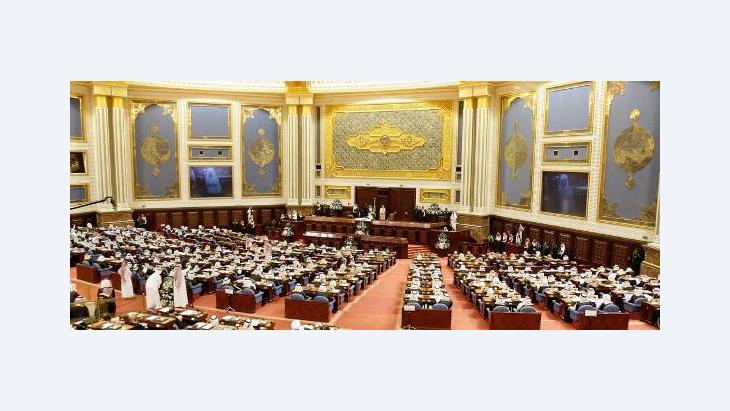 With the recent appointment of women to the Saudi Shura Council, journalist Maha Akeel delves into the growing advancements of women in Saudi Arabia

Saudi women have grabbed international headlines lately, and it is not for being banned from driving or their efforts to defy this ban. From winning Best Film awards in international film festivals, to winning seats on the Shura Council, Saudi Arabia's parliament, Saudi women are proving their credentials as movers and shakers in a country known for its restrictions on women.

On 11 January, Saudi King Abdullah bin Abdulaziz issued a historic decree allowing women to be members of the kingdom's previously all-male Shura Council for the first time. The decree stipulated a 20 per cent quota or minimum of 150 seats be filled by women. He then appointed 30 women to join the advisory body which makes recommendations and drafts laws to be presented to the king for approval.

The 30 women who were appointed to the Shura Council are highly qualified and experienced in various fields. They have made their mark locally, regionally and internationally as leaders and pioneers.

King Abdullah has granted women seats on the country's top advisory council for the first time. The council has the authority to review laws but can't propose or veto legislation. Dozens of Saudi clerics staged a rare protest in front of the Royal Court against the decision, a sign of growing conservative unease at the kings's modest social reforms

​​This move was not well received by everyone. Even though the decree gave instructions on where the women will be seated in the Shura Council (segregated from the men with their own door for entry and exit) and how they should be dressed (i.e. veiled) out of respect for the conservative factions in society. Many religious sheikhs still voiced their objection to having women in the Shura, both publicly and to the king.

However, their objections are not expected to make a difference given the king made this decision only after consultations with religious leaders in the kingdom.

A growing number of opportunities

Saudi women have had a growing number of opportunities during the past few decades such as improved education, confidently pushing their way forward, opening doors and breaking barriers. The 30 appointed women are a case in point. Each one is a success story of determination, reaching esteemed positions in their respective fields of medicine, science, management, literature or international organizations.

For example, one of the 30 women on the Shura Council, Dr Thoraya Obaid, was the first Saudi woman to receive a government scholarship to study in the United States in 1963 and became the first Saudi to head a UN agency, the United Nations Development Fund, from 2000 to 2010. 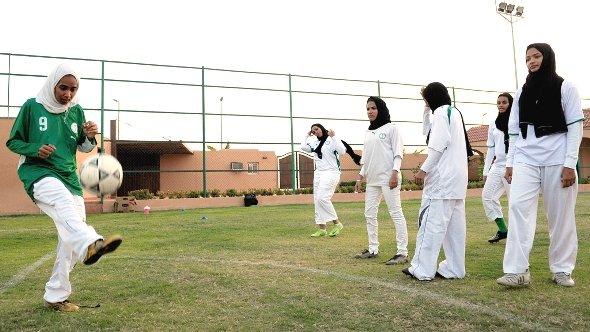 Step-by-step reforms: "Saudi women are asserting themselves in the public sphere and moving forward in their careers with demands for equal opportunity and rights despite the challenges and objections they face," Maha Akeel writes

​​Thousands of other women have since been on scholarships abroad and there are thousands more on scholarships now who will be returning with degrees in various fields, knocking on employer's doors and overcoming obstacles. There is high unemployment among Saudi women, including those with post-graduate degrees, because of restrictions on where they can work and the promotions they can achieve due to the fear of gender mixing and moral decay.

Implementing the decision to employ women in retail stores selling women's clothing and make-up was postponed for years. But when it was finally implemented last year, it opened doors for women, particularly those without college degrees, not only in retail stores but also in restaurants and grocery stores.

Economic realities such as single-income households that are no longer able to maintain a certain standard of living have also helped women's employment opportunities. Today, more and more young men about to get married prefer a working wife.

Changes in the educational landscape

In addition, some women's universities now offer degrees in programs that were previously off limits to girls, such as law, engineering and soon, visual and digital arts. Not that Saudi women waited for these schools to open; some had already taken the initiative and studied abroad, earning degrees that were not available for them in the local universities.

Although the public has become more tolerant of the different artistic expressions of women, whether in film or literature, or on canvas or YouTube, women occasionally face harassment or are forced to stop their work or shut down their exhibitions.

However, renowned Saudi female filmmaker Haifa Al-Mansour's latest film Wadjda, about a spunky 11-year-old girl who schemes to buy and ride a bicycle despite family and society's objections was filmed entirely in Saudi Arabia with a Saudi cast. The film was screened at the last Cannes and Venice film festivals to very good reviews and won the Best Film award at the Dubai Film Festival.

Saudi women are asserting themselves in the public sphere and moving forward in their careers with demands for equal opportunity and rights despite the challenges and objections they face. Every success and achievement is a cause for celebration.

Maha Akeel is a Saudi journalist.

With authoritarianism once more gaining ground in the Middle East and North Africa, the European Council on Foreign Relations explores how European diplomats can be more effective ... END_OF_DOCUMENT_TOKEN_TO_BE_REPLACED 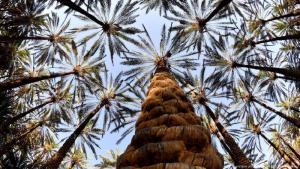 Saudi Arabia has announced a comprehensive transformation strategy toward a green future. But what are the real drivers of the world's biggest oil exporter's "net-zero" vision for ... END_OF_DOCUMENT_TOKEN_TO_BE_REPLACED

The takeover of English football club Newcastle United by the Saudi Public Investment Fund is more than an attempt by the Kingdom to boost its own image. There are strategic ... END_OF_DOCUMENT_TOKEN_TO_BE_REPLACED

General Abdel Fattah Al-Burhan has declared a state of emergency in Sudan and dissolved the Sovereign Council, which was made up of military personnel and civilians. What will now ... END_OF_DOCUMENT_TOKEN_TO_BE_REPLACED

Sex education – taboo in the Middle East. Or is it? Thanks to social media, millions these days are daring to ask everything about "it". Jennifer Holleis has the details END_OF_DOCUMENT_TOKEN_TO_BE_REPLACED

While Bashar al-Assad is still shunned by the West, which blames him for a decade of brutal war in Syria, a shift is under way in the Middle East, where Arab allies of the United ... END_OF_DOCUMENT_TOKEN_TO_BE_REPLACED
Author:
Maha Akeel
Date:
Mail:
Send via mail

END_OF_DOCUMENT_TOKEN_TO_BE_REPLACED
Social media
and networks
Subscribe to our
newsletter