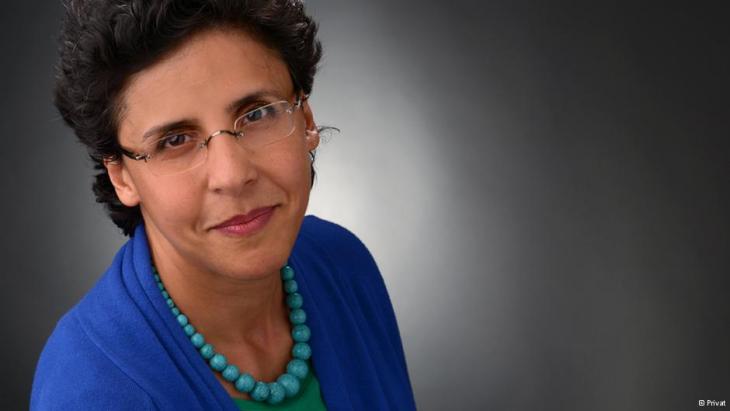 Caught in a System of Gender Apartheid

No professional or vocational training, no visits to the doctor, no lawsuits without male approval. The Yemeni-Swiss political scientist Elham Manea describes the plight of women in Saudi Arabia

I will never forget the words of my father when he turned down an offer to work at our Yemeni embassy in Saudi Arabia in the mid-eighties. He simply said: "I have a daughter!"

His words came back to me this 26 October, when more than 60 Saudi women's activists got behind the wheels of their cars protesting against a ban on women driving in the kingdom. Their demand symbolized in a nutshell what it means for a woman to live in Saudi Arabia: perpetual minors in a system of gender apartheid.

Saudi Arabia is the only country in the world that outlaws this right of driving. And yes, depriving a woman of the right to drive serves the purpose of controlling her physical mobility and hence independence. But focusing on the right to drive misses the whole spectrum of the issue.

Women in the Kingdom, a 2008 Human Rights Watch report maintains, are systematically treated as perpetual minors through a system instituted by the state that infringes on their basic human rights.

In other words, every adult Saudi woman, regardless of her economic or social status, must obtain permission from her male guardian to work, travel, study, seek medical treatment, or marry. She is also deprived from making the most trivial decisions on behalf of her children. This system is supported by the imposition of complete sex segregation which prevents women from participating meaningfully in public life. 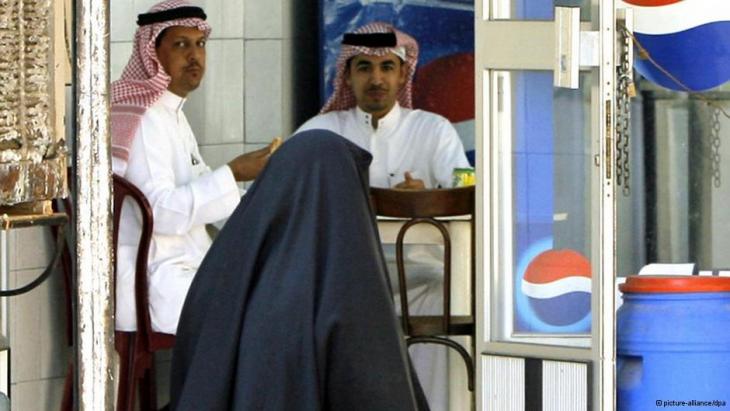 The social inferiority of women: Every adult Saudi woman, regardless of her social status, cannot work, travel, study, seek the advice of a doctor or marry without prior permission from her male guardian

Sex segregation is strictly monitored by the government's Commission for the Promotion of Virtue and the Prevention of Vice (the religious police) in all workplaces with the exception of hospitals. Unlawful mixing between sexes leads to the arrest of the violators and criminal charges. The brutality of the members of this Commission and the unequal punishments men and women receive when committing the same 'crime of mixing' was best described by the Saudi writer Samar Al Muqren in her novel "Ni'saa al Munkar – Women of the Abominable", published in 2008, which she wrote based on her work as a journalist.

The ramifications of this system of male guardianship and sex segregation are felt by Saudi women in their daily lives. In the field of education, the general framework of education is tailored to reinforce discriminatory gender roles and what the authorities consider as suitable to "women's nature and future role as wives and mothers". In addition, women's and girls' access to education depends on the good will of male guardians, whose permission is essential for their educational enrollment. Sex segregation undermines women's right to equality in education especially when female university and professors are often relegated to unequal facilities with unequal academic opportunities.

In the field of employment, the Saudi Labor Code, which came into force in 2006, repeated a former stipulation decreeing that in line with article 4 of the Code, which requires adherence to Sharia, "women shall work in all fields suitable to their nature" (article 149). The result is that Saudi women continue to be marginalized almost to the point of total exclusion from the Saudi force.

Both public and private sector require female staff to obtain the permission of a male guardian to be hired, and employers can fire a woman or force her to resign "if her guardian decides for any reason that he no longer wants her to work outside the home". In jobs in clothing stores, amusement parks, food preparation, and as cashiers guardian permission is no longer required. However, strict sex segregation in the workplace is imposed and female workers are prohibited from interacting with men.

Male guardianship system jeopardizes Saudi women's fundamental right to health. Depending on the religious orientation of those working in hospitals, health officials may require guardian's permission for a woman to be "admitted, discharged, or to administer a medical procedure on her or her children". A recent example occurred this July: after a car chase by religious police left the driver dead and his wife and daughter in critical condition, King Fahd hospital in Baha postponed amputating the wife's hand because she had no male legal guardian to authorize the procedure.

Women under this system are denied their legal capacities, rendering them unable to make decisions for themselves. And as legal minors their ability to access and engage with the courts and the government is severely constrained without a guardian. Some of these limitations border on absurdity; mostly they have grave consequences. For instance, women were granted in 2001 the right to an independent identification card; yet this right, which is optional, still requires a guardian's permission to be granted!

Excuse me, may I sue you?

More gravely, it is nearly impossible for victims of domestic violence to independently seek protection or obtain legal redress because the police often insist that women and girls obtain their guardian's authorization to file a criminal complaint, even when this complaint is against the guardian!

Moreover, even when women manage to file a domestic violence case, often the measures taken against the perpetrators are flimsy and shameful. For example, in May, Jeddah's Summary Court convicted a man for physically abusing his wife to the point of hospitalization, but sentenced him to learning by heart five parts of the Quran and 100 sayings of the Prophet Muhammad.

Finally, Saudi Arabia applies a personal law system based on the Hanbali School of Islamic Jurisprudence, the most strict and literal among the Sunni schools of jurisprudence. The result of which is that a male guardian has the unilateral authority to marry off his female ward without her consultation and to dissolve a marriage he deems unfit.

Given the effects of this system of guardianship and segregation on women's lives, it comes as no surprise that Saudi women activists have been the most vocal against this system of apartheid. In their Shadow Report prepared for the Committee on the Elimination of Discrimination against Women CEDAW in its fortieth session, 2008, they argued that this principle of "imposing the guardianship of a male over the woman all her life in Saudi Arabia is linked to the inferior look to women and her traditional role in society and family".

Alliance between king and radical clerics

The perception is certainly inherent in the Wahabbi Salafi interpretation of Islam. What makes it relevant though is the Saudi regime itself, because its state's apparatus is the one faithfully implementing Wahabi gender doctrines. An alliance between the Saudi dynasty and the Wahhabi establishment has meant that in return for legitimacy, the religious establishment will have a free hand in applying its conservative and reactionary religious provisions in areas of social norms and women's lives. This has made the difference between Saudi Arabia and other countries of the Arabian Peninsula, including Yemen.

Survival for the kingdom has meant dependence on the Wahabai religious establishment for legitimacy. It may introduce some measures to make life "less restricted" for women but the core of "inferiority" still remains the same. The Kingdom is also very wary that women's demands for change may turn to an overall social movement for political change. Given the Kingdom's shameful records in citizenship and human rights, democracy and good governance, the fear is realistic.

Subsequently, a real change in Saudi gender Apartheid system is not likely in the near future. In the meantime, women will continue to bear its consequences – living as perpetual minors segregated by law from their male fellow citizens. It seems my father was right after all: life for a woman is better elsewhere.

Elham Manea is a Fulbright scholar working as an Associate Professor at the Political Science Institute at the University of Zurich, Switzerland.

While Bashar al-Assad is still shunned by the West, which blames him for a decade of brutal war in Syria, a shift is under way in the Middle East, where Arab allies of the United ... END_OF_DOCUMENT_TOKEN_TO_BE_REPLACED

Berlin's annual Human Rights Film Festival closed at the weekend. One entry to the festival was the documentary "Captains of Zaatari". Its Egyptian director Ali El Arabi focuses ... END_OF_DOCUMENT_TOKEN_TO_BE_REPLACED

International relations are shifting across the Middle East as regional powers adapt to America's retrenchment and China's growing influence. Although the region could become the ... END_OF_DOCUMENT_TOKEN_TO_BE_REPLACED

Germany's foreign policy is explicitly values-based. But what happens, Ralf Bosen asks, when democracy, the rule of law and human rights collide with the logic of trade and ... END_OF_DOCUMENT_TOKEN_TO_BE_REPLACED

Two decades after the attacks of 11 September 2001, the West faces the shattered debris of its failure – not only in Afghanistan, but also in Iraq, Syria, Libya and Yemen. What ... END_OF_DOCUMENT_TOKEN_TO_BE_REPLACED

Comments for this article: Caught in a System of Gender Apartheid

I don't understand why they

I don't understand why they treat women like this, why do they hate women so much? All are created equal, what a man can do so can the women.

END_OF_DOCUMENT_TOKEN_TO_BE_REPLACED
Social media
and networks
Subscribe to our
newsletter