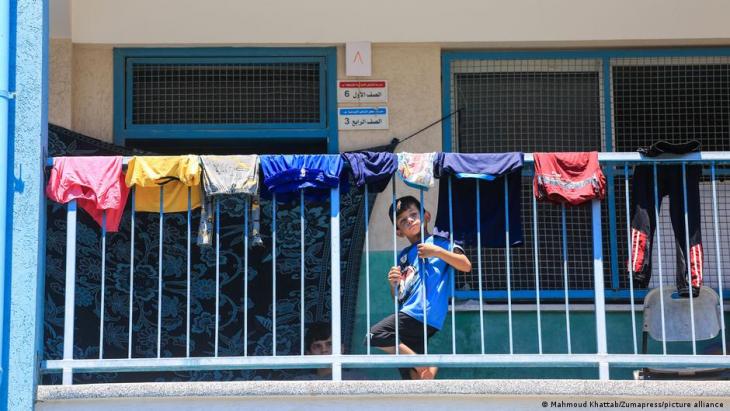 A new survey by Arab Barometer adds numbers to the narrative that COVID has led to a harsher reality for women in the Middle East and North Africa. By Jennifer Holleis and Razan Salman

The COVID-19 pandemic has turned Heba Mordaa's life upside down. "Ever since the lockdowns started in March 2020, my work has been deteriorating," the 29-year-old manicurist and mother of three in Beirut says. "At first, the shop owner deducted our salaries because we had no customers coming in. Then, in July 2020, the owner decided that we will start offering home service, which my husband completely refused. I had to leave my job in August 2020 and stay at home. Since I am a mother of three kids, I remained without a job for the whole school year 2020–2021."

Mordaa's professional setback and her involuntary return to life as housewife and stay-at-home mum is a common COVID-related turn of events for many Arab women. "Women are bearing the brunt at home and at work," concludes the latest Arab Barometer's survey on the consequences of the COVID-19 pandemic on women in the Middle East.

Working women had not much ground to lose

Even before the pandemic, the Middle East had the lowest female labour participation in the world, with an average of 27%, according to data from the World Bank. And this situation has been exacerbated by the pandemic, as a recent paper by the International Labor Organization (ILO), a specialised agency of the UN, pointed out.

After the Americas, the Arab states have experienced the second-highest drop in the number of employed women: 4.1% – in comparison with 1.8% of men between January 2019 and December 2020. "The disproportionate job and income losses suffered by women during the pandemic will persist in the near future," the ILO report concluded.

Furthermore, the ILO projects for this year that the employment-to-population ratio for women will stand at only 14.3% compared to 70.8% for men. 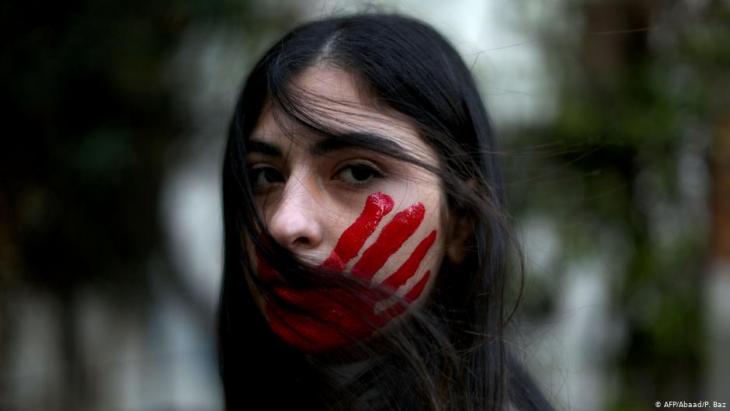 Uptick in domestic violence in Jordan and Lebanon

Another pressing concern in the Middle East is the uptick in domestic violence during the pandemic.

At least a quarter of women in the surveyed Arab countries reported an increase in gender-based violence (GBV) in the first round of the Arab Barometer survey, conducted between July and October 2020. In Morocco and Algeria, 47% of women reported an increase, in Tunisia even 69%.

"Jordan and Lebanon in particular had massive spikes in daily case rate just before our latest survey was conducted. We don't have a causal link between domestic violence and COVID-19 case rates, but the correlation suggests it is worth further research," MaryClare Roche, author of the Arab Barometer study, told DW.

Mary Lawlor, UN Special Rapporteur on the situation of human rights defenders, emphasised that "new restrictions of movement mean it's even harder for women to reach places of safety when threatened," she told DW. 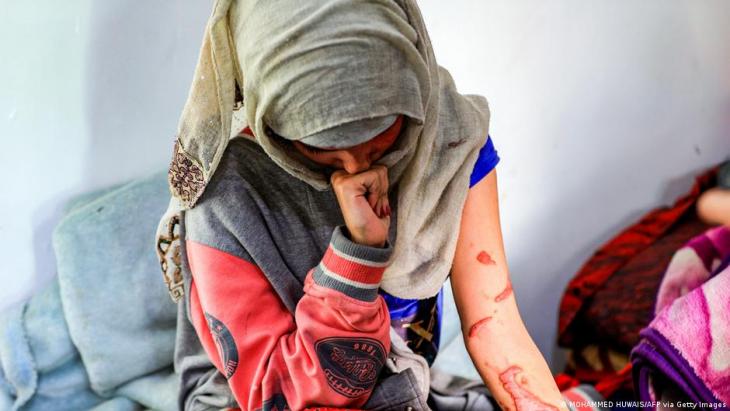 According to Mary Lawlor, UN Special Rapporteur on the situation of human rights defenders, "new restrictions of movement mean it's even harder for women to reach places of safety when threatened." Pictured here: a young women in hospital with severe wounds after an acid attack by her husband

Opening up possibilities and reducing societal barriers for women in the Middle East and North Africa are considered the most sustainable ways to support women who suffer from domestic violence. "Increasing female labour force participation can help protect women two-fold: first, by decreasing the amount of time a woman spends with her abuser, and second, by providing some degree of economic independence from her abuser," Roche told DW.

Providing an adequate framework, however, mainly lies in the hands of governments. "When we surveyed citizens in MENA about perceived barriers to women joining the workforce, structural barriers, i.e. barriers the government can affect, were the most popular. These barriers were lack of childcare options, lack of transportation, and low wages," Roche added.

Her conclusion is that if governments create policies that increase public transportation, after school and early childcare programmes, and there are increases in standard wages, there will be more financially independent women in the Middle East.

For Beirut's Heba Mordaa, at least the financial insecurity had an end in June this year. "I started another job and hope that no more lockdowns will be imposed as my income is necessary for the family in these difficult financial circumstances," she told DW.

Home
Print
Newsletter
More on this topic
Ten years after the Arab Spring: Arab women's rights, a genuine lifestyle revolution?Femicide and coronavirus in the Maghreb: Algeria's ongoing war against women – #WeLostOneOfUsSexual violence in Egypt: Battling against a culture of silenceViolence against women: Femicide on the rise in TurkeyCOVID-19 pandemic in Libya: Conflict and coronavirus – Libyan women pay the higher price
Related Topics
Muslim women, Sexism and violence against women, Women in the Islamic world
All Topics

Sultana Khaya, 41, has been peacefully resisting the Moroccan occupation of Western Sahara for many years. Because of her campaign to assert the self-determination of the Sahrawi ... END_OF_DOCUMENT_TOKEN_TO_BE_REPLACED

Since Spain abandoned its traditional neutrality towards the conflict in Western Sahara, Morocco has announced a "new phase" in relations between the two countries. But what is ... END_OF_DOCUMENT_TOKEN_TO_BE_REPLACED

An increasing number of government ministries in Algeria are announcing they will abandon French in future. They may be reacting to the mood among the population, but the move is ... END_OF_DOCUMENT_TOKEN_TO_BE_REPLACED

Russia's ranking on the World Press Freedom Index has fallen again over the Kremlin's wartime censorship of the Ukraine conflict. From Myanmar to Mexico, journalists continue to ... END_OF_DOCUMENT_TOKEN_TO_BE_REPLACED

"Aboogi", on the City Slang label, is the latest release from Imarhan. Hailing from southern Algeria, Imarhan are one of the many bands that have emerged from the Tameshek ... END_OF_DOCUMENT_TOKEN_TO_BE_REPLACED

END_OF_DOCUMENT_TOKEN_TO_BE_REPLACED
Social media
and networks
Subscribe to our
newsletter