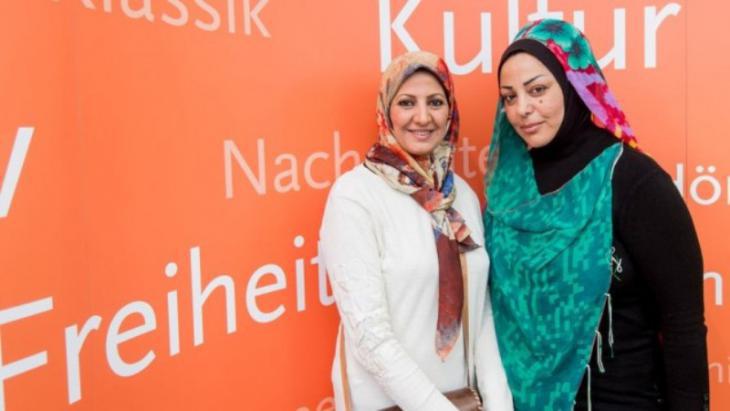 The anthology "Through the Eyes of Inana" is a collection of poetry and short stories by 19 Iraqi women writers. It is a cross-section of what women are writing in the country right now – about their lives and how they survive in a state of war, their wishes, their dreams and their sufferings. By Rosa Gosch

At the end of February 2015, the civil engineer Zekra Alwach was appointed mayor of Bagdad, making her the first woman ever to hold such a position in a capital city in the Arab world. No other country in the Middle East has as many female members of parliament as Iraq, where 25 per cent of seats are held by women.

Zekra Alwach is by no means representative of women in today's Iraq, but women have become part of everyday professional life there, appearing in increasing numbers on election posters, in the civil service or in the classroom. And in literature? Who are the strong literary voices in the country? Is there such a thing as women's literature in contemporary Iraq's patriarchal society?

Yes, say the Iraqi writers Amal Ibrahim al-Nusairi and Samarkand al-Jabiri, who were invited to Berlin's Heinrich Boll Foundation for a reading and discussion on 17 March 2015. They are two of the writers whose works are included in the recently released anthology "Mit den Augen von Inana" (Through the eyes of Inana). The collection was put together by the journalist Birgit Svensson, who herself has lived in Bagdad for many years.

"Mit den Augen von Inana" brings together poetry and short stories by 19 Iraqi women writers. It is a cross-section of what women are writing in Iraq today – about their lives, their day-to-day lives in a state of war, their wishes, their dreams and their sufferings. According to Svensson, it is the first anthology of work by contemporary Iraqi women writers to be published since the end of the Saddam regime in 2003.

The book first came out in Arabic in 2012. With financial support from the German Embassy in Baghdad and the German business project "Expertenforum Irak" (EFI), it has now been published in German translation. A French version is already being prepared, funded by the French Foreign Ministry, and an English translation is also planned. All the versions were printed in Basra in southern Iraq. 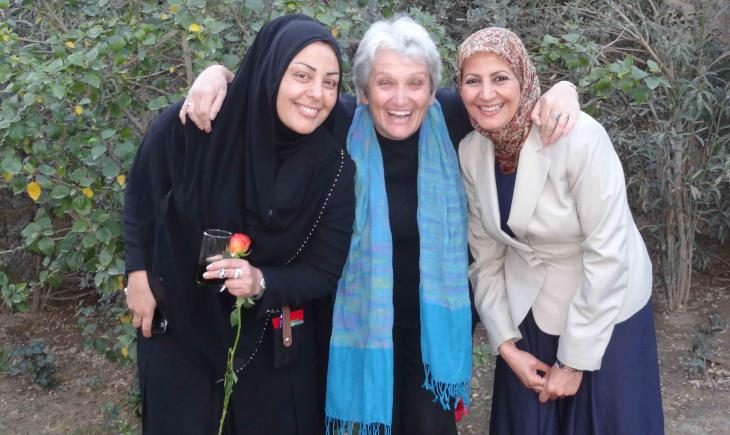 From left: Samarkand al-Jabiri, Birgit Svensson and Amal Ibrahim al-Nusairi. According to Rosa Gosch, the authors of the anthology "show a version of everyday life in Iraq that is on the one hand hardly surprising, but on the other hand disturbing because of its everyday tone and the way it puts things into words"

There is a strong tradition of poetry in the Arab world, and according to Birgit Svensson, poetry is currently booming in Iraq. Al Mutanabbi Street, Bagdad's famous book mile, which is crowded with bookshops and stalls and has long been synonymous with literature in the Arab world, is now one of the capital's busiest streets.

One reason for poetry's current popularity in Iraq, according to Amal Ibrahim al-Nusairi, is that poems have a unique ability to condense the emotion and pain of decades of wars and dictatorships, thus offering an outlet for all these bottled-up feelings. "I write to stay alive," says al-Nusairi, who was born in Bagdad in 1969 and is the head of the Al-Noor Foundation for Culture and Media in Iraq. "We cannot be silent in the face of all the violence."

Not wanting to remain silent seems to be a motivation for many of the writers in the slim volume, which is about 100 pages long. Anger, says Samarkand al-Jabiri, who was born in 1973, is another. "I write because my freedom was taken away from me," she says. In her poem "Martyr's Death", which she presented in a passionate standing performance in Berlin, she addresses the subject of her father's murder by the Saddam regime. 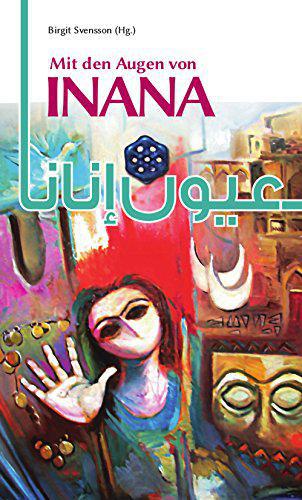 According to Birgit Svensson, this is the first anthology of work by contemporary Iraqi women writers to be published since the end of the Saddam regime in 2003

The authors of "Mit den Augen von Inana" show a version of everyday life in Iraq that is on the one hand hardly surprising, but on the other hand disturbing because of its everyday tone and the way it puts things into words. This is suprising when one considers that the women are writing about bombings and abductions, random arrests and torture, contract killings and checkpoints on the streets. They also write about the stench of military boots, the perfume of women drivers, the loss of loved ones and the pain of those who outlive them.

What does it feel like to be driving around the neighbourhood where one grew up and to be unable to park anywhere? "They chase me away everywhere. No one puts up with my car outside their door. 'There might be explosives in the car'", writes Aliya Talib in her short story "My neighbourhood, my perfume". People she lived alongside for years refuse to recognise her. What remains is the endless loneliness of looking for a parking space.

The female view of such everyday activities as driving a car also shows that women live – and suffer – differently to men in Iraq. In Maysaloun Hadi's story "The Locust", the protagonist constantly has to put up with men giving her unwanted instructions on parking her car – even though some of them, as the author notes with a dash of irony, can't even see. "Yet another man embarrassing me in front of everybody," is the narrator's dry comment.

Of course, women and men face many of the same threats that result from war and violence. Nevertheless, women are still also subject to different social requirements and constraints than men. This is hardly news to German readers, yet it has rarely been demonstrated with such clarity as in many of the pieces in this book.

Writing to be visible

Even the act of writing itself is not the same for women in Iraq as for men. "When I began writing, I ran into problems in my family and at work. But I write to be visible," says Samarkand al-Jabiri. For many Iraqi women writers, writing also means they no longer abide by certain conventions. "I no longer stay silent just so that you will like me, I am casting off all my habits," writes Salima Sultan Nur in her poem "Habit".

During the book launch in Berlin, Birgit Svensson reported that many people in Bagdad are currently abandoning old habits. "The people in Bagdad are going back out on the street," she says. "There are even fish restaurants opening up again!" People are attending readings or concerts again, no longer hiding from the violence by staying at home. "Fear is a poor guide when it comes to coping with everyday life," says Birgit Svensson.

It is hard to judge how many people in Iraq currently share the upbeat mood that Svensson and her colleagues are at pains to present. The writers' view of their own future and that of their country is at least hopeful. "I'm optimistic, even though many intellectuals have been killed or have left the country," says Amal Ibrahim al-Nusairi. "People's strength of will is increasing." And Samarkand al-Jabiri adds, "I don't hope. I plan. I make things come true."

Rosa Gosch
© Qantara.de 2015
Translated from the German by Katy Derbyshire

Reading Hassan Blasim's God 99 is an immersive experience of grief and exaltation, anger and disgust, writes Marcia Lynx Qualey. We join the Iraqi narrator as he sits around in ... END_OF_DOCUMENT_TOKEN_TO_BE_REPLACED

By stage-managing his re-election in a poll widely dismissed as a farce, Syria's President Bashar al-Assad has killed two birds with one stone: he has forced his compatriots to ... END_OF_DOCUMENT_TOKEN_TO_BE_REPLACED

In his book "Ground Zero: 9/11 und die Geburt der Gegenwart" (Ground Zero: 9/11 and the Birth of the Present) Islamic scholar Stefan Weidner analyses the consequences of the ... END_OF_DOCUMENT_TOKEN_TO_BE_REPLACED

The rollout of coronavirus vaccines in the Middle East and North Africa is already taking place on a massive scale, with the United Arab Emirates leading the way. Nevertheless, ... END_OF_DOCUMENT_TOKEN_TO_BE_REPLACED

German Middle East analyst Guido Steinberg and television journalist Ulrich Tilgner have both published new books on the conflicts in the Middle East. Their analyses and their ... END_OF_DOCUMENT_TOKEN_TO_BE_REPLACED

Comments for this article: Writing to stay alive

Is there. is there going to be and English language version of this book "Mit den Augen von Inana"?

END_OF_DOCUMENT_TOKEN_TO_BE_REPLACED
Social media
and networks
Subscribe to our
newsletter