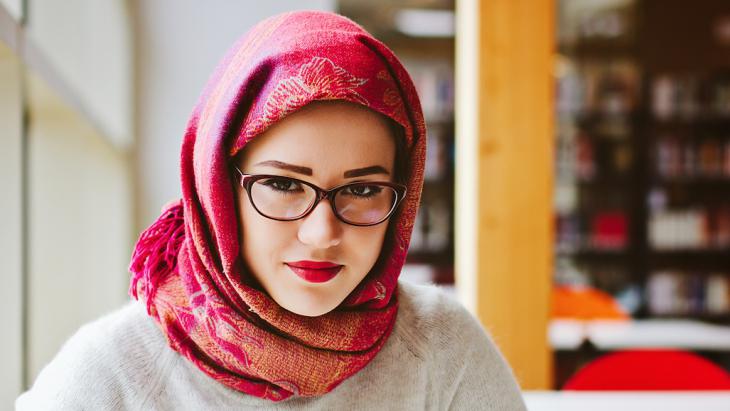 Women′s rights in Islam
Can feminism be Islamic?

For many, the term ″Islamic feminist″ may seem like an oxymoron, but when it was coined in the 1990s by Iranian activist Ziba Mir-Hosseini, it was the battle call for women to be allowed to work at universities.

At the time Ziba Mir-Hosseini was also seeking a divorce from her husband, who refused to comply. Having completed her PhD at the University of Cambridge where she studied Islamic law, she used her research in Islamic history to find legal grounds for divorcing her husband – a notoriously difficult task in most countries governed by Islamic law.

She spent months frequenting courts until she finally succeeded in divorcing herself from her husband. She then returned to the UK, where she resumed her studies in Islamic family law. Ever since she has made it her life′s mission to combat legal systems that are fraught with conflict between religious regulations and the realities of modern life.

Fast forward to 2009 and Islamic feminism made a leap during a conference in Malaysia, attended by representatives from 50 countries. The conference was organised by the Musawah (Equality) movement, which describes itself as a ″global movement for equality and justice in the Muslim family″.

The movement is active in numerous Arab countries and in Iran. It has participated with UN Women in researching religious frameworks to end discriminatory practices against women that are committed in the name of religion, such as female genital mutilation (FGM).

Feminists from all schools of thought

In Egypt, the idea of Islamic feminism is not particularly widespread, with only a select number of researchers and activists working through this approach, within a limited framework.

Umaima Abu Bakr, a professor of English literature and one of the founders of Islamic Feminism in Egypt, says, ″the idea of Islamic feminism in Egypt can be introduced as an ideological and epistemological project undertaken by Muslim researchers and specialists in Islamic studies, with the purpose of critiqueing paternalism in Islamic heritage and building another, more equitable alternative. This project has been active on a local, regional and international scale.″

She explains that Islamic feminism in Egypt works on an individual level, through an organisation named The Women and Memory Forum, a secular organisation that works with feminists from all schools of thought.

″We are only known among other researchers. Over the past years and following the January 25, 2011 revolution, we began organising seminars, conferences and workshops. With time, the term [Islamic feminism] has become more prevalent,″ she notes. 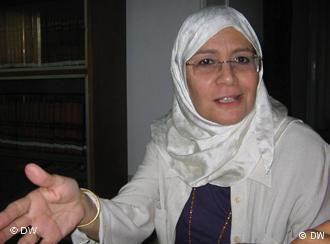 Pragmatic co-operation: ″we co-operate with al-Azhar, although we disagree over major concepts such as that of guardianship, which is considered the basis of the system of marriage in Islam,″ reports Umaima Abu Bakr, one of Egypt′s pioneering Islamic feminists

When it comes to how the project relates to al-Azhar, Egypt′s foremost and the world′s oldest institution of Sunni jurisprudence, she says ″We co-operate with al-Azhar, although we disagree over major concepts such as that of guardianship, which is considered the basis of the system of marriage in Islam. We have worked with certain sheikhs and important figures in al-Azhar to issue a document on the rights of women in Islam. However, al-Azhar backtracked on adopting it at the last minute.″

The Alexandria Declaration: a milestone for feminists

The document was nonetheless issued from the Bibliotheca Alexandrina, entitled the Alexandria Declaration, in March 2014. It affirmed a number of foundational points for the rights of women, most prominently the condemnation of politicising women′s issues and exploiting them in political struggles between different forces. It also endorsed ′centrist′ values in Islamic culture, distancing it from extremism and isolationism.

The declaration upheld equality as one of the integral concepts defining male-female relations in Islam, thus pushing toward a wider participation of women in the public sphere. Most notably, the declaration prioritised equal rights and responsibilities in a framework of partnership.

As for the issue of guardianship, which many men exploit to exercise more power, the declaration explains it as ″a financial commitment toward the family.″ It is a concept that organises the participatory role of the husband, as "a responsibility for providing the financial needs of the family in ways that ensure that the wife′s and children′s needs are met and that they feel safe and secure."

The declaration insists that "guardianship in Islam does not denote a man′s right to absolute discretion in his actions and dominance over the wife and children.″ In addition, the declaration refers to women′s political and economic rights as equal to those of men.

Kawthaw el-Khouly, director of the Noon Centre for Women and Family Issues and one of the researchers who worked on the declaration, says, ″We began working on the declaration in 2012, following the January revolution, when the parliament, which was under the control of the Muslim Brotherhood, tried to revoke certain laws guaranteeing women′s rights, such as the khul′ law [a law based in Islamic Sharia, granting women the right to seek divorce], as well as the law criminalising female circumcision [FGM]."

She adds, "It was crucial for us to connect with a number of religious figures, from al-Azhar or elsewhere, to work together on ensuring women′s rights in Islamic law.″

The declaration addressed other related issues, such as the sexual harassment that women are subjected to daily in Egypt. It further indicated that ″the issue of women′s clothing has been settled in the Sharia and the crux of it is that modesty and covering up are legitimate demands, but the state must also commit to its role in tightening the legislations that criminalise all types of sexual, physical and verbal assault against women.″

The declaration also states that ″men must realise that God did not create the earth for them alone, but for all people of both genders. Women have the right to protection in their homes and during their travels.″

Despite its relative novelty, Islamic feminism has been criticised. Many question how a feminist approach can be reconciled with Islam, which critics view as an inherently patriarchal ideology.

Abu Bakr responds to such critiques by saying that ″such definitions of feminism are superficial and are limited to liberal feminism. In reality, there are various different kinds of feminism, such as leftist feminism, as well as the Christian and Jewish feminist movements.″

She adds that ″feminist movements that take off from within religious circles are not novel and feminism is not exclusive to liberal ideology; it is diverse and nuanced.″

Another critique of Islamic feminism draws a parallel between them and the ideology of the Muslim Brotherhood. Abu Bakr also views this line of inquiry as lacking and explains that Islamic feminism is subjected to a two-sided attack. On the one hand, it is attacked by liberals, who seek to monopolise feminism for their own causes, while on the other opposition also comes from conservatives and traditionalists, who condemn them for being too liberal and for questioning the tenets of Islam that they view as inviolable.

Between both the liberal Western critiques and the attempts by Islamist fundamentalists to squeeze them out of the picture, it is often the voices of Muslim women themselves that are left unheard.

Welcome to the world of Al Qasar, where Arabic music collides head-on with punk and psychedelic to create something powerful and beautiful. "Who Are We" is a raucous, subversive ... END_OF_DOCUMENT_TOKEN_TO_BE_REPLACED

Egyptian authorities have Mada Masr in their sights once again after critical reporting. But the editor of the country's last independent news source is adamant they will continue ... END_OF_DOCUMENT_TOKEN_TO_BE_REPLACED

Like Christianity, Europe's history is one of migration. Both have strong roots in the Orient and in cultures thousands of years old. Cultural historian Bernhard Braun invites us ... END_OF_DOCUMENT_TOKEN_TO_BE_REPLACED

When she ascended the throne, millions of Muslims still lived under British rule. Later, Elizabeth II appealed for tolerance in a multi-religious society. She was the first ... END_OF_DOCUMENT_TOKEN_TO_BE_REPLACED

Mohamed Abla is the first visual artist from Egypt to be awarded the Goethe-Institut’s Goethe Medal, Germany’s highest honour in the area of foreign cultural policy. Stefan ... END_OF_DOCUMENT_TOKEN_TO_BE_REPLACED

Comments for this article: Can feminism be Islamic?

This article is worth reading. I learned many new things. Islam gives almost equal rights to women but still Muslim women are facing critics. I read some more information about women rights. If you want to read that <a href="urdupoint.com"> Click here </a> hope you will find it informative.

END_OF_DOCUMENT_TOKEN_TO_BE_REPLACED
Social media
and networks
Subscribe to our
newsletter