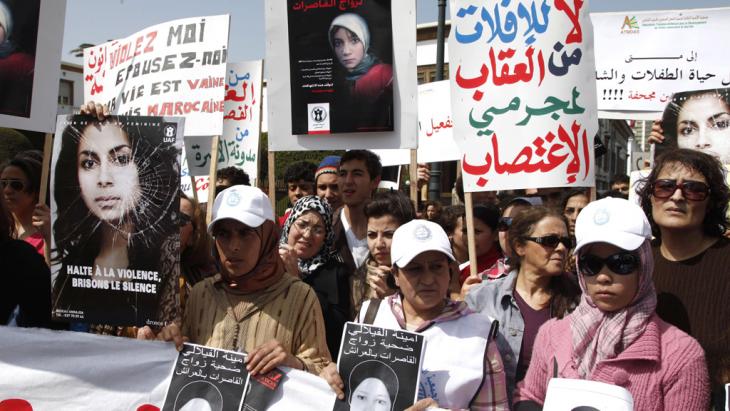 Women's rights in Morocco
Gender equality on paper only

Ever since a young woman took her own life two years ago after being raped and married off to her aggressor, equal rights between men and women have been the subject of heated discussion in Morocco. A set of laws that is riddled with contradictions further fuels the debate. By Susanne Kaiser

It's been two years since schoolgirl Amina Filali committed suicide after being raped, causing widespread shock in Moroccan society. The reason for her suicide was not the rape itself, but what followed: the 16-year-old was compelled to marry the man who violated her. Article 475 of the Moroccan Penal Code of 1963 was applied to the case, which states that a perpetrator of a sexual offence may marry his underage victim as a sort of "atonement" – thus also avoiding a jail sentence. Eight months after her marriage, Amina Filali swallowed rat poison and died.

Her case sparked a wave of protests against gender-based discrimination and set off a debate about women's rights in Morocco that is still far from dying down, a debate that covers such issues as inheritance law, polygamy, child marriage and the ban on abortion. Moroccan women regularly take to the streets to fight for their rights. The controversy hits a raw nerve in Moroccan legislation, revealing not only the tensions between conservative and reform-minded politicians, but also the contradictory legal situation itself.

Between human rights and state-prescribed identity

The ambiguity of Moroccan law is made evident by a claim made by Justice Minister Mustapha Ramid of the Islamist Justice and Development Party (PJD). Ramid is quoted by the Moroccan business newspaper "L'Economiste" as saying said that the equal treatment of men and women guaranteed by the constitution does not apply to all areas of life. "Equality should prevail with respect to human rights, but it should not lead to a confusion of the sexes and their roles."

In concrete terms, this would, for example, mean that the right of inheritance must not be reformed, even though it constitutes a discriminatory disadvantage when, among other things, daughters can inherit only half of what is promised to their brothers. The justification given for the unequal treatment of men and women in the eyes of the law is that according to its constitution, Morocco is a Muslim state. 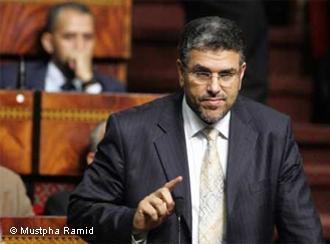 Equality yes, but not in all cases: "Equality should prevail with respect to human rights, but it should not lead to a confusion of the sexes and their roles," says Morocco's Justice Minister Mustapha Ramid

The two opposing principles here are, on the one hand, the recognition of the universality of human rights, to which Morocco committed itself in 1993 by ratifying the UN Convention on the Elimination of All Forms of Discrimination against Women (CEDAW) and on the other, the principle of preserving the "unalterable national Muslim identity", which is anchored in the preamble and Article I of the constitution.

The potential for explosive conflict was demonstrated recently when in late 2013, the Secretary-General of the Socialist Union of Popular Forces (USFP), Driss Lachgar, proposed an amendment to the inheritance law and a strict ban on polygamy and the marriage of minors. In a video message, the Salafist Abdelhamid Abou Naïm, who is notorious for his radical views, responded with a call to murder Lachgar, describing him as an apostate and his initiative as an attack on Islamic law.

At the same time, there are also Islamic feminists who are calling for comprehensive reforms that are in line with religious teachings and are using theology to argue against theology. One of them is the doctor, author and president of the Centre des Études Féminines (Centre for Women's Studies) in Rabat, Asma Lamrabet. She and her fellow-campaigners are calling for the deconstruction of the patriarchal interpretation of the Koran in favour of a gender-equitable reading that is in harmony with Sharia but distinct from the male-dominated Fiqh (Islamic law).

Another line of argumentation that tends to be used more by secular women's rights activists targets the male-dominated tradition that is often used to justify conservative policies and attitudes, pointing out that social realities have changed. The activists stress that women today contribute much more to the economic security of the family than they did in the past, with nearly 20 per cent of urban households in fact relying on a woman as breadwinner.

The Association Autre Maroc (Association for a Different Morocco) is calling for a revision of the inheritance law, which is based on the Maliki tradition, arguing that family structures have changed fundamentally at the latest since Morocco's independence from France in 1956. There is a trend away from the extended family as an economic community and towards the so-called nuclear family, consisting of father, mother and child(ren). They also argue that this family must be protected, which is why the wife ought not to inherit less from her husband than some distant, unknown agnatic relative, who might end up being entitled to the family home.

The erosion of family law 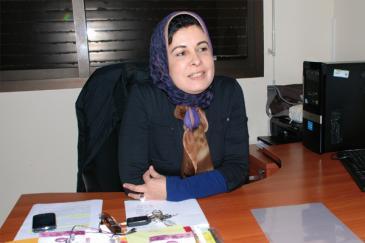 The demands voiced by feminists had a significant impact on the amendment of the "Moudawana", the Moroccan family law, dating from 2004, which improved women's legal status substantially. Among other things, this law meant that women were no longer obliged to obey their husbands. It also raised the minimum marrying age for women from 15 to 18 years, stipulated that women no longer have to be represented by a "Wali" (guardian) at their wedding and placed restrictions on polygamy.

Ten years after the reform, however, disillusionment is spreading and criticism of the current "Moudawana" is intensifying. Actual legal practice and numerous exceptions are eroding this family law, for example in the case of marriage age or the sensitive issue of polygamy. The allegations are supported by the gender ranking undertaken by the World Economic Forum in Davos in 2012, in which Morocco was rated number 129 of 135 countries in terms of discrimination against girls and women.

Although full equality of the sexes was established in Article 19 of the constitution in 2011, it has not yet been enforced. A civilian movement made up of nearly 500 affiliated human rights groups, including feminists and Amazigh minorities, is now organising regular demonstrations in favour of the unconditional implementation of Article 19.

In early 2014, Article 475 of the Moroccan Penal Code, which made headlines as the "rapist law", was finally abolished; Amina Filali can rest in peace at last. It was another small step on the long road to equality between men and women in Morocco.

The history of Jews and Muslims is far more entangled than you might imagine – but you have to listen out for it. In "Recording History", Christopher Silver takes us on a sonic ... END_OF_DOCUMENT_TOKEN_TO_BE_REPLACED

Welcome to the world of Al Qasar, where Arabic music collides head-on with punk and psychedelic to create something powerful and beautiful. "Who Are We" is a raucous, subversive ... END_OF_DOCUMENT_TOKEN_TO_BE_REPLACED

A conflict rooted in identity is currently gaining traction in Morocco. It began with demands to relieve the "burden" of Fusha (classical Arabic) by implementing a linguistic ' ... END_OF_DOCUMENT_TOKEN_TO_BE_REPLACED

The Women's Africa Cup this year in Morocco was a resounding success. The Moroccan team was the first Arab women's football team to qualify for a World Cup. By John Duerden END_OF_DOCUMENT_TOKEN_TO_BE_REPLACED

The southern shores of the Mediterranean Sea are losing sand faster than almost anywhere else. The ecological and economic damage is immense. The good news is, there are ways to ... END_OF_DOCUMENT_TOKEN_TO_BE_REPLACED

Since Spain reversed its position on Western Sahara in favour of Morocco’s autonomy plan, Algeria has suspended its long-standing friendship treaty with Madrid. The diplomatic ... END_OF_DOCUMENT_TOKEN_TO_BE_REPLACED

Comments for this article: Gender equality on paper only

When religion becomes a

When religion becomes a determining factor in a fair judicial system, then the structure of the legal system itself becomes complex, and hard to interpret by the judges in a court of law; there would be lengthy debates, and plenty waste of court time. In my opinion, faith in the eyes of any court of law should be seen as "cultural" that embeds within it the "Moroccan Plural Ethics" , and should not interfere with the fundamental constitutional rights of gender equality. It is normal to still perceive the gender equality on paper only, that had happened in all western countries, there is always some latency that takes place. Morocco navigated its course through stormy weathers, nowadays, both Moroccan gender fundamental rights seem to converge rapidly. I am very sure most Moroccan men will be more than happy to split the Bastilla in half with their affectionate sisters!

END_OF_DOCUMENT_TOKEN_TO_BE_REPLACED
Social media
and networks
Subscribe to our
newsletter