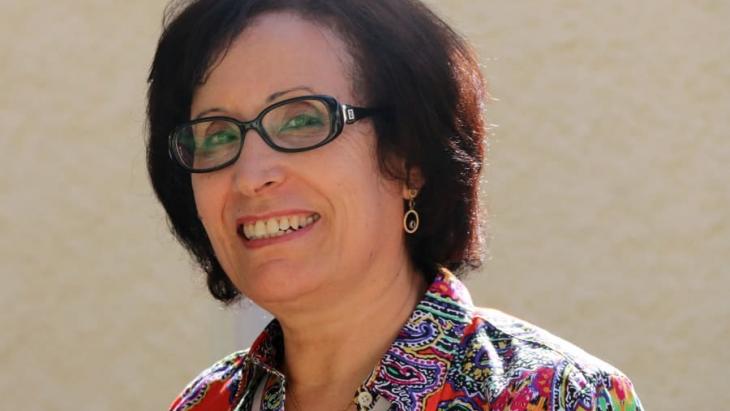 Moroccan sociologist Fatima Sadiqi believes that women's movements in North Africa have changed over the past ten years. Today, women from all social classes are fighting together for more rights, regardless of whether they are "secular" or "Islamic" feminists. Claudia Mende spoke with her for Qantara.de

Ms. Sadiqi, the focus of Arab feminist movements since 2011 seems to have shifted. These days body issues are the centre of attention. What changed?

Fatima Sadiqi: Many taboos concerning women's bodies have ceased to exist. What is more, the women's movement has changed – it is no longer a movement in the conventional sense. It is more localised, more gender-focussed, with topics like fighting domestic violence and harassment in the workplace, securing equality when it comes to inheritance issues. Much is happening at a grassroots level.

Does that mean Arab feminism has ceased to exist?

Sadiqi: The movement is indeed fanning out. Some women are shifting towards Islamic feminism, to the religious texts. They look at the texts and address the real issues. Some of them want to interpret the texts their own way and they are doing that publicly in Tunisia, in Algeria, in Morocco, in Egypt. These days the perception of Islamic feminism has changed.

It is less about defending religion, and more about attacking the last bastion of patriarchy. After all the only laws that are still based on religion in our countries are those relating to the family. Islamic feminists are therefore challenging Islamic jurisprudence because all of these laws were written solely by men.

But isn’t Islamic feminism rather academic?

Sadiqi: Yes and no. What I see is that there was a "secular" women's movement that started in the 1980s and 1990s. Then from about 1990 onwards there began to be a gradual rapprochement between "secular" and "Islamic" feminism: we realised that we were all after the same thing – we wanted what was best for women.

A lot of factors contributed to this rapprochement. Firstly there have been a lot of shifts in politics in general, with Islamic and secular voices trying to find common ground where the focus is on citizen's rights. Secular women also realised that religion is something you cannot just set aside, it’s part of life. The convergence between the two camps has brought together women from a variety of backgrounds, both intellectuals and activists. 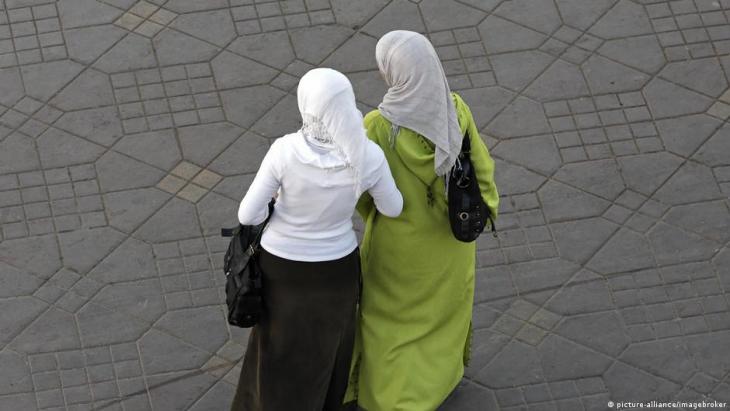 Together for more rights for women: "Women with or without a headscarf are coming together to demand their rights. That doesn't mean there is consensus on everything between the "secular" and "Islamic" groups. But there is definitely less antagonism and more pragmatism: let‘s concentrate on the real issues. We are becoming more mature: there is less emotion, less ideology – which is a good thing," remarks sociologist Fatima Sadiqi, who teaches linguistics and gender studies at the University of Fez in Morocco

"Change comes from within"

Does the old narrative of "secular versus Islamic" no longer separate them?

Sadiqi: Women with or without a headscarf are coming together to demand their rights. In Morocco particularly the headscarf is losing its religious edge. Questions like equality in inheritance, for example, are more important. It's a matter of defying the religious old guard. But women are also realising that there are some very open-minded religious scholar out there. They are getting involved in the debate, in the process drawing the ire of more reactionary clerics.

All this is bringing diverse voices together. That doesn't mean there is consensus on everything between the "secular" and "Islamic" groups. But there is definitely less antagonism and more pragmatism: let‘s concentrate on the real issues. We are becoming more mature: there is less emotion, less ideology – which is a good thing.

Arab women are more visible at work and in public life than they were ten years ago. At the same time, violence against women and sexual harassment have, if anything, increased across North Africa. How do you explain that?

Sadiqi: I see a link here with the high unemployment rate among men. In a society that expects the man to be the breadwinner, the men come under huge pressure: a man is the one who supports the family. What's more, our patriarchy is based on space – the idea that public space is men's space is something we have internalised over centuries.

The more women enter the public space, the more sexual harassment occurs. But today we also have new laws offering women protection against violence. Still, between laws and their implementation there is also the question of mentality. So it will take time before things change fundamentally, but people are more conscious of the problems now.

These days women belonging to the younger generation say they would report any incidents to the police. That would indeed be a significant change. Their mothers would not have dared to do that.

Sadiqi: It is still very hard for a women to report a rape, because she represents the honour of the family. That is still firmly anchored in our heads. She might lose her husband, or her father or brother might be exposed to ridicule. There are some women who will file a police report, but only on condition of anonymity. However, at least we are talking about it. The change is coming from within. We are not rejecting western values, but we have to find our own way.

Sadiqi: Yes, indeed. One of the reasons for the so-called Arab Spring was the neglect of rural areas. That also explains why there is still a high rate of illiteracy in rural areas of Morocco. Even those in positions of power today admit that mistakes were made following independence. There are still places in Morocco where women really suffer – where there is no electricity, where they have to walk miles to collect water on their backs to sustain their families. I myself grew up in the countryside; I know what I am talking about. These villages are a far remove from the Morocco you see in urban areas. There is much that needs to be done. At least there is now the political will to do so, but progress is painfully slow.

"We haven't done much for rural women"

Did the Arab women's movements neglect rural women for too long?

Sadiqi: The women's movements definitely need to pay more attention to them. I have been part of the women's movement for over three decades and I recognise that we have not done much for these women. Since 2011, however, we have made huge progress.

In Morocco, there is also the ethnic component. Many rural women are Amazigh (Berber) and thus doubly discriminated against. Are their voices heard more today?

Sadiqi: In 2011, the new Moroccan constitution officially recognised the Berber languages. Since then, the voices of Amazigh women have come out into the open; previously, they were only heard in private. Historically speaking – before the advent of Islam in North Africa – Amazigh women were queens and warriors. After the region became Muslim, a lot of rituals and customs native to the Amazigh remained closeted in the private sphere. You can see them in arts, in decoration, in poetry and in language. The problem is not religion, but the patriarchy arrived with it.

How are the voices of Amazigh women present today?

Sadiqi: With the 21st century we have up to 11 Amazigh feminist NGOs in Morocco. For example, they ask for more coverage of women's lives in children's textbooks, they want more recognition of their art and their culture and they are demanding better education for girls and women. Amazigh NGOs in the rural areas are better acquainted with the realities on the ground. They know that what women really need is more healthcare and basic services. Urban organisations are closer to the centres of power; their main priority is securing a voice in the discourse and shaping politics.

With your rural Amazigh background, are you an exception in the feminist movement? For the longest time, most feminists tended to have an elitist, urban background.

Sadiqi: That was true of the first generation of feminists, the pioneer women in the 1970s following independence. But from the 1980s and 1990s onwards, more women from rural areas also became involved. Women, for example, whose fathers were in the army, like my father. These families often moved to the city and couldn't get by there at first. For them, better education was the only way to move up in society, including for their daughters.

A lot of feminists do have a rural background, but they are not conscious of it: they have not made their origins an issue in their feminist discourse. There are very staunch Amazigh feminists in Morocco today, but few in academic circles. We need more of these.

Fatima Sadiqi teaches linguistics and gender studies at the University of Fez in Morocco.

Who should reform Egypt's personal status law, and how?

Chinese President Xi Jinping's visit to Saudi Arabia in December 2022 may have rattled Washington, but it simply highlighted the Arabs’ desire to diversify their foreign relations ... END_OF_DOCUMENT_TOKEN_TO_BE_REPLACED

Nouara may be 65, but she is ready to join thousands of others who burn their ID and pay traffickers for the chance of a new life in Europe. Zineb Bettayeb reports END_OF_DOCUMENT_TOKEN_TO_BE_REPLACED

In Doha, Arabs from Morocco, Tunisia, Egypt and Algeria are gathering to celebrate the first ever FIFA World Cup to be held on Arab soil. The criticism from Europe? Over the top, ... END_OF_DOCUMENT_TOKEN_TO_BE_REPLACED

"Rebel Game: The Power of Football in the Middle East and the Qatar World Cup", an anthology published by Middle East researchers Jan Busse and Rene Wildangel, takes the upcoming ... END_OF_DOCUMENT_TOKEN_TO_BE_REPLACED

After a two-year hiatus, the Arab League re-convened at the beginning of November in Algiers against a backdrop of uncertainty and discord. By Pierre Boussel END_OF_DOCUMENT_TOKEN_TO_BE_REPLACED
Author:
Claudia Mende
Date:
Mail:
Send via mail

END_OF_DOCUMENT_TOKEN_TO_BE_REPLACED
Social media
and networks
Subscribe to our
newsletter