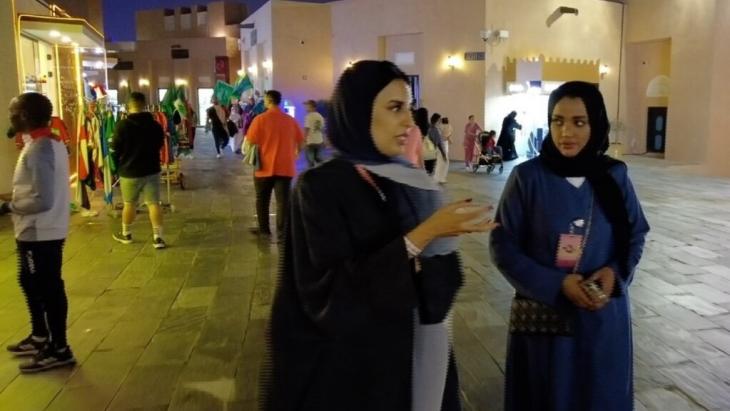 During the World Cup in Qatar, much has been written about the role of women in the Gulf state, yet they themselves rarely get a word in edgeways. Karim El-Gawhary spoke to two Qatari women in Doha

We met Maryam and Malika in the evening on the beach promenade in Doha. It wasn’t easy to find women from Qatar who were willing to talk. Most of them are not well disposed towards Western media. After numerous phone calls, both women finally agreed.

Malika Al-Sharaim began by venting her anger about how Qatari women are portrayed in European media. "We are an active part of society, we are heard, we work in high positions. We have a lot of responsibility. Everything written about us is wrong," she explains. Malika worked for an oil company for 18 years. Today she is responsible for the Internet presence of the Katara Cultural Village Foundation.

Malika is not unique. More than 57 percent of Qatari women are currently in employment. More than in the other Gulf states, but less than in many European countries. In Austria, for example, the rate of working women is 70 percent; in Germany this rises to 72 percent.

"These days, women are more self-confident"

In recent decades a lot has changed for women in Qatar, says Maryam Al-Saad, who heads the international affairs department at the Katara Cultural Village Foundation. 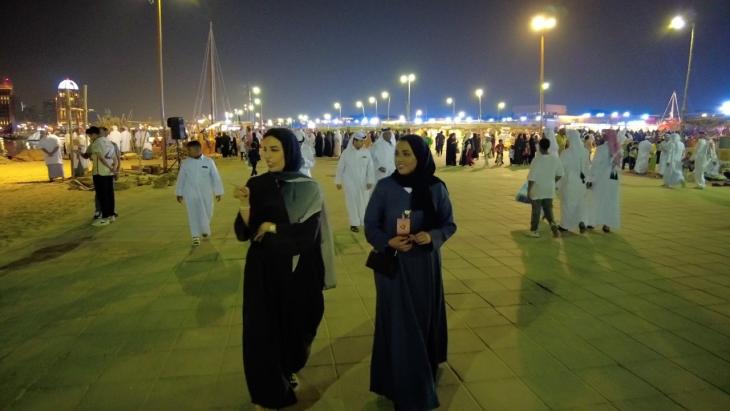 Two self-confident women in Doha: Malika Al-Sharaim (right in the picture) finds it annoying how Qatari women are portrayed in European media. "We are an active part of society, we are heard, we work in high positions. We have a lot of responsibility. Everything written about us is wrong," she explains in interview with Karim al-Gawhary. Malika worked for an oil company for 18 years. Today she is responsible for the Internet presence of the Katara Cultural Village Foundation. Her colleague Maryam Al-Saad, who heads the international affairs department at the Katara Cultural Village Foundation, points out that many new doors have opened for women in Qatar in recent decades, for example in the labour market

"Take my grandmother, she didn't work at all. Then my mother's generation began entering the labour market. But there were limited opportunities. My mother was a teacher. As a child, I too thought I would be a teacher. But then the labour market really opened up for women. These days women are working as doctors and engineers," Maryam explains. "Women now work as oil or aircraft engineers, as pilots and even in the military," adds Malika.

These days, women are more self-confident, she continues. In the past, for example, many companies founded and run by women in the private sector were often outwardly operated under the father or brother’s name. Now, they are officially owned and run by women, says Malika.

While the proportion of Qatari women in the labour market still lags somewhat behind levels in Austria and Germany, the percentage of women in universities is extremely high, especially in technical programmes. At the Texas A&A University, an offshoot of the American Technical University in Doha, 46 percent of the enrolled students are women. At the TU in Berlin, by comparison, the figure is only 36 percent.

"At school and in the many universities that have opened here in recent years, young men and women study together. A lot has changed here," says Malika. 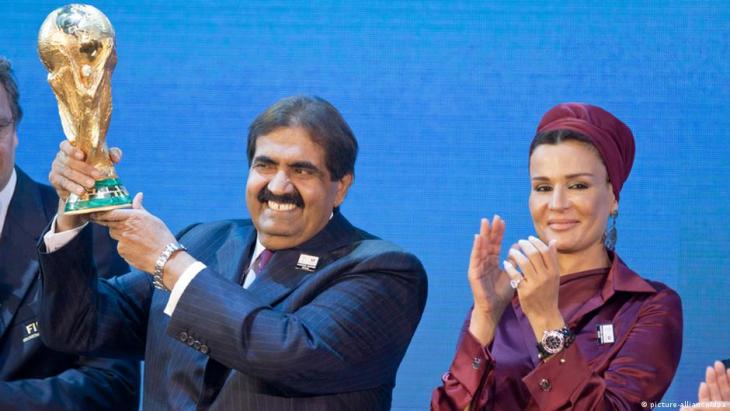 Plays a key role in modernising Qatar through education: Sheikha Moza bint Nasser al-Missned, wife of Emir Sheikh Hamed Bin Khalifa al Thani, who ruled Qatar until 2013. The influential mother of the current Emir sees the expansion of education as an important building block to make the country fit for the post-oil and gas era. On the initiative of her foundation – the Qatar Foundation for Education, Science and Community Development – a large campus has been built in Doha Education City, where the offshoots of renowned universities from the USA and Europe, such as Georgetown University from Washington D.C., have settled. The Sheikha and her children also studied at universities in Education City

Much has also changed in the way of women's personal freedoms too. The World Cup has had an impact, the two women say. "Many Qatari women attend football matches. Only men were allowed to do that in the past," says Malika. “Now that’s no longer an issue. Families don't mind their daughters going to the stadium, to a restaurant, or even going out with their girlfriends."

The biggest restriction for women in Qatar, as for women in all Gulf states, is the legal system of guardianship. This means women under 25 are unable to make many key decisions in their lives without the consent of a male guardian, i.e. their father, brother or husband. These include decisions about getting married, studying abroad, accepting scholarships or working in the civil service.

"The social consensus is forward-looking"

It is a subject both Malika and Maryam are reluctant to talk about. A lot depends on whether the women come from a conservative or cosmopolitan family, Malika says. "Honestly, Qatari society is very self-contained. There are conservative families that impose restrictions on women and there are other, more open families," Malika says.

Ultimately, however, the social consensus, which is constantly being renegotiated, is very forward-looking. Malika and Maryam both agree: "More and more families are allowing women greater freedom. They say if she has a respectable job, we will support her," Malika concludes.

And even within conservative families, there are ways for women to travel, she says, giving the example of a colleague in a government institution. She was sent on a business trip and when a male relative opposed it, it was simply decided that he would go too – at the state’s expense.

How is one to convey the history of Islamic images of Muhammad freed from today’s polarised politics? What are the challenges and pinch points of this particular academic ... END_OF_DOCUMENT_TOKEN_TO_BE_REPLACED

The devaluation of the Egyptian pound combined with rising food prices is taking its toll on Egypt. More and more people are slipping into poverty. Karim El-Gawhary reports from ... END_OF_DOCUMENT_TOKEN_TO_BE_REPLACED

Chinese President Xi Jinping's visit to Saudi Arabia in December 2022 may have rattled Washington, but it simply highlighted the Arabs’ desire to diversify their foreign relations ... END_OF_DOCUMENT_TOKEN_TO_BE_REPLACED

Lebanon was long viewed as the Switzerland of the Middle East. Until relatively recently, billions were deposited in its banks. Gulf states were among the foremost investors in ... END_OF_DOCUMENT_TOKEN_TO_BE_REPLACED

Protests by Western activists at the FIFA World Cup may have backfired and sparked a backlash against gay, lesbian and queer communities in Qatar, critics say. By Cathrin Schaer END_OF_DOCUMENT_TOKEN_TO_BE_REPLACED

According to a recent survey, half of all Iranians say that they have left Islam as a religion, while two-thirds believe Islamic law should be excluded from their legal system. In ... END_OF_DOCUMENT_TOKEN_TO_BE_REPLACED
Author:
Karim El-Gawhary
Date:
Mail:
Send via mail

END_OF_DOCUMENT_TOKEN_TO_BE_REPLACED
Social media
and networks
Subscribe to our
newsletter