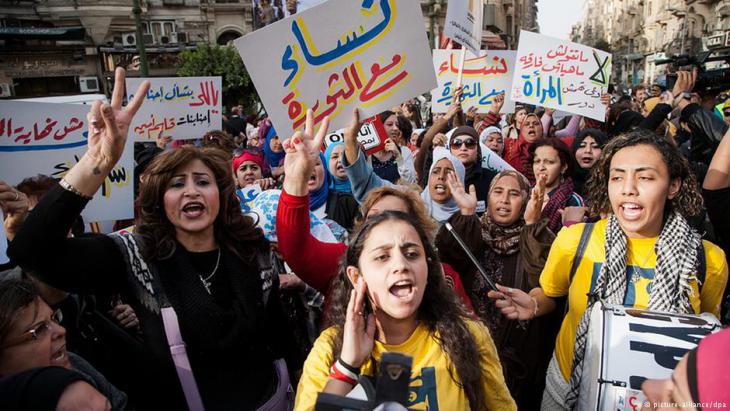 Women′s rights in the Arab world
The key to change

Occasionally periods of social regression and progressive developments occur simultaneously. After all, among the many catastrophic reports emerging from the Arab world there are also a few glimmers of hope – for women. Report by Mey Dudin

It is rare that a decision by the Saudi King moves a women's rights activist to tears. Thirty-eight-year-old Manal al-Sharif wrote that she shed "tears of happiness" upon hearing the monarch issuing a decree allowing women in the world's most conservative Islamic nation to drive in future. In a column for the Washington Post, she stresses: the car key is "the key to change". And adds: "For the first time, I dare to dream of a different Saudi Arabia."

There has also been good news in other Arab countries in recent months – for women. Not long ago, the decision was taken in Tunisia to allow Muslim women to marry men of other faiths. In future, women will also be given equal rights in inheritance matters.

Last summer in Tunisia, Jordan and Lebanon, paragraphs in the criminal code that spared rapists a prison sentence if they married their victims were abolished. Women's rights activists fought for years for the annulment of these articles. There was cultural resistance, but the process of change was primarily hampered by a prevailing attitude that deems women's rights to be of lesser importance on the list of necessary political decisions. 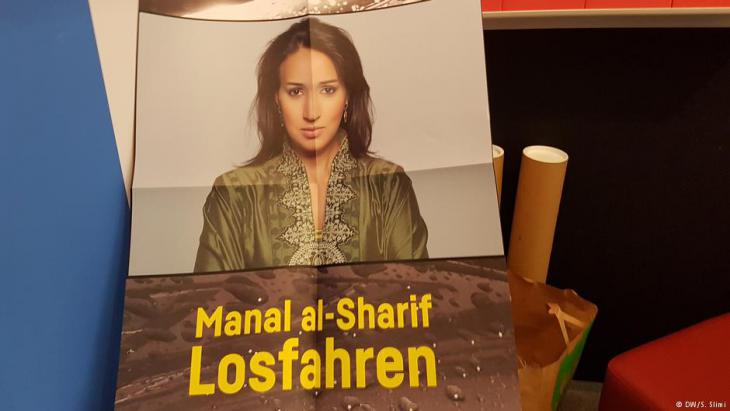 Despite the Saudi ban on women drivers, Manal al-Sharif got behind the steering wheel in 2011 and posted a video of her adventures on YouTube. The IT specialist spent nine days behind bars as a result. This autumn Al-Sharif attended the launch of her book "Losfahren" (Driving Away) in Germany

Saudi activist Manal al-Sharif launched her protest against the driving ban in the year 2011. In a spontaneous act of defiance, she sat behind the wheel of a car, a friend filmed her driving and the video went viral. She was detained, but many women did the same thing as a gesture of solidarity and posted videos of themselves driving. A movement was born.


A process of attrition

The "marry your rapist" loophole has also been the subject of controversy in the Arab world for years. The trigger was the 2012 case of a 16-year-old Moroccan girl who took her own life by drinking rat poison because she had to marry her rapist. Two years later, the article was annulled in Morocco. In Jordan, it took deputy Wafa Bani Mustafa four years to push her initiative through parliament. This summer, the paragraphs were finally abolished there too.

In Lebanon, the organisation Abaad, which for months ran a successful campaign to abolish the "marry your rapist" article, says it is also witnessing societal advancement. According to organisation spokeswoman Soulayma Mardam Bey, in recent times people have been highly critical of this legal loophole. "85 percent of those questioned were of the opinion that the article violated the honour and the dignity of women," she says.

And although this law is often associated with Arab or Islamic traditions – the regulation is actually derived from the Napoleonic criminal code of 1810 and was brought to Arabia via French colonial rulers as well as via the Ottomans, in modified form. 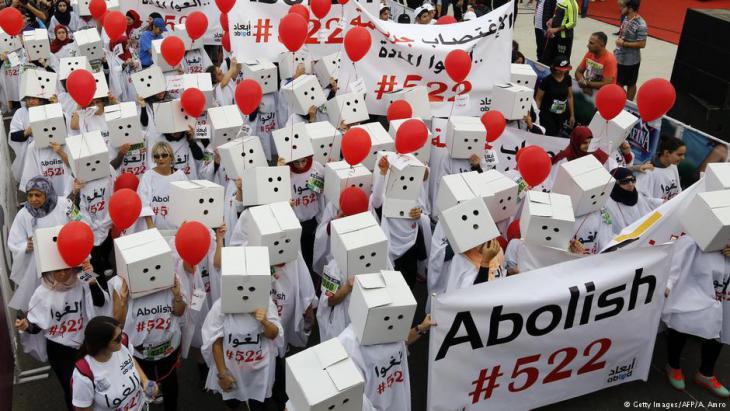 Abaad activists celebrate in Lebanon: last summer, the Lebanese parliament caved in to public pressure and annulled a controversial law that gave rapists immunity if they married their victims. Paragraph 522 of the country′s criminal code on Rape, Kidnapping and Forced Marriage – long a thorn in the side of women′s rights groups – no longer applies

Just how these current reforms will actually change Arab nations will become clear in the next few years. After all, laws can only have an effect if they are implemented by judges. And for a judge to become active, charges must be brought.

The German-Egyptian political scientist Hoda Salah places these developments within the context of the 2011 Arab Spring and is cautiously optimistic. While the upheaval has been catastrophic for the region, it also ushered in a rethink, she says – an awareness that change is possible.

Moreover, most Arabs are young. The Internet is their gateway to the world and they are demanding change. "This increases pressure on rulers and they declare themselves willing to implement reform," says Salah. Social media plays a key role. "Discussions are initiated on Twitter and Facebook that are followed by tens of thousands – in simple language rather than highly complex Classical Arabic," she adds.

The most recent example of this is the World Youth Forum in Egypt in early November, hosted by the authoritarian President Abdul Fattah al-Sisi under the motto "we need to talk". In no time at all, this motto was appropriated by young Egyptians and used as the hashtag for criticism of social and political grievances.

Arab women's movements have also made progress. Rulers are dealing with a new, self-confident generation of women. Before the Arab Spring, women's organisations were often assigned to those in power and perceived as part of an authoritarian state. Today, says Hoda Salah, there are more grassroots movements. Women are focusing to a greater extent on essential groundwork and trying to effect changes within their families and in their direct environment.

An indicator of whether the dream of a different Arab region for women, even against religious opposition, is attainable, should be Tunisia – still one of the most progressive Arab nations on the question of women's rights. Should gender equality in inheritance matters actually become law and everyday practice, this would represent a breach of taboo in the Islamic world. This is because inheritance laws in Tunisia are rooted in Islamic Sharia law.

But many women have already given up hope. In a recent study, the Tunisian Forum for Economic and Social Rights (FTDES) discovered that 40 percent of Tunisian women would like to leave their homeland and go to Europe – illegally if necessary, even risking their lives on Mediterranean trafficking routes.

Welcome to the world of Al Qasar, where Arabic music collides head-on with punk and psychedelic to create something powerful and beautiful. "Who Are We" is a raucous, subversive ... END_OF_DOCUMENT_TOKEN_TO_BE_REPLACED

Egyptian authorities have Mada Masr in their sights once again after critical reporting. But the editor of the country's last independent news source is adamant they will continue ... END_OF_DOCUMENT_TOKEN_TO_BE_REPLACED

Like Christianity, Europe's history is one of migration. Both have strong roots in the Orient and in cultures thousands of years old. Cultural historian Bernhard Braun invites us ... END_OF_DOCUMENT_TOKEN_TO_BE_REPLACED

When she ascended the throne, millions of Muslims still lived under British rule. Later, Elizabeth II appealed for tolerance in a multi-religious society. She was the first ... END_OF_DOCUMENT_TOKEN_TO_BE_REPLACED

END_OF_DOCUMENT_TOKEN_TO_BE_REPLACED
Social media
and networks
Subscribe to our
newsletter