Writers in Syria
How Creativity Blossoms in a Rigid Regime

In Syria, the secret police is as omnipresent as traffic wardens are in the West. Every movement and every word are registered. Yet some writers see this as a creative challenge rather than a nuisance. They use their wit, humour and imagination to offer the world an insight into a society that at first glance seems closed off. Susanne Schanda reports 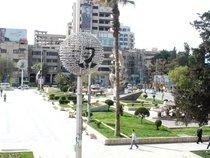 The secret service and its army of informers sees and hears everything. But, according to Khaled Khalifa, it is possible to be artistically creative even under close surveillance

​​ It is one of those days. The narrator Fathi Schin doesn't even want to get out of bed. The heat in his room is oppressive and he can hear the obtrusive noise of a major organised demonstration with chanting demonstrators and marching music through his closed window.

Nihad Siris's novel, which was published last year in Germany with the title Ali Hassans Intrige (Ali Hassan's Intrigue), is a dark, bitter satire about the leadership cult in an Arab dictatorship. It tells of a day in the life of Fathi Schin, a melancholy author who has been forbidden to write. The day in question is the twentieth anniversary of the day the "Great Leader" came to power.

The streets of the city are blocked by a sweating, slow-moving river of people; every second person holds aloft a placard bearing the image of the leader; people with megaphones bellow out cues that are answered by idiotic rhyming declarations of love and devotion to the leader chanted by a chorus of voices: "Two, four, six, eight … leader, you are truly great!"

A cog in the propaganda machinery

Those who do not join the mobile propaganda exercise winding its way through the streets, watch the orchestrated event on television at home with the volume turned up as high as it will go in order to avoid being branded unpatriotic. Fathi Schin is the only one who believes he can keep out of it. But the regime has had enough of his silence and instructs him to become a cog in the propaganda machinery.

It is almost unbelievable that a novel like this has not been banned in Syria. In the bar of the once noble Hotel Baron in Aleppo, Nihad Siris smiles gently, placidly fills a pipe and quietly says: "I don't have a problem when it comes to publishing. If I know that something will not be accepted here, I don't submit it to the Syrian censorship authorities, but get it published in Beirut instead."

This is exactly what he did with Ali Hassan's Intrigue. It can be legally imported into Syria and is available to buy in book shops in Aleppo and Damascus. 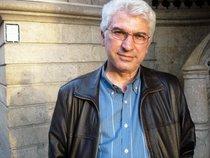 Literary tricks as a creative challenge: Nihad Siris in Aleppo

​​Nihad Siris then relates something of the autobiographical background to the novel. Although he was never actually banned from writing, he was not allowed to write for Syrian television from 2001 onwards. Moreover, his book A Case of Passion, which was published in Beirut, was prevented from reaching Syrian bookshops.

Siris was born in Aleppo in 1950 and is known for his historical novels and scripts for television series. His hands were completely tied by the obstacles that were put in his way. He stopped writing and returned to his former profession as a civil engineer.

"After just under three years of silence, I sat down at the computer and wrote this book straight from the heart." But how does an author survive three years of literary silence without going mad? Siris considers the question, looks into the distance and says "There is always a solution. The best ones are love, sex and humour."

Today he writes film and television screenplays for foreign production companies, articles, and columns for newspapers in the Gulf States, Jordan and Lebanon, and publishes his books abroad.

"I have no chance in Syria. I am not popular with the regime," he says laconically. How many artists and intellectuals like Nihad Siris dared to hope that a new era was dawning when Bashar al-Assad came to power? Political prisoners were released, the country opened up to the world, intellectual debating clubs were tolerated … but the so-called "Damascene Spring" did not last long.

​​ In Aleppo, the midday sun is burning down on the virtually empty Al-Jabiri Square in front of the Hotel As-Syahi, an important location in Nihad Siris' novel. Stern images of the president look down from lamp-posts in all four corners of the square and wave cordially from banners on the facades of buildings.

"The leadership cult with its orchestrated celebrations has grown again in recent years," says the author. Then he changes the subject and starts relating a love story that he recently began writing. As the man says: there is always a solution.

Under the Counter Literature

There are even solutions for books that have been banned, as the case of Khaled Khalifa shows. Khalifa's most recent novel, In Praise of Hatred, was published in 2006 by a Syrian publishing company and was banned immediately.

The novel dealt with a national taboo, namely the bloody struggle between the Syrian army and militant Islamists in the city of Hama in the 1980s, in which about 10,000 people lost their lives. In his novel, the author couches events in a family story and transfers them to Aleppo.

A year after the ban was imposed, the book was published for a second time by a Lebanese publishing company and can be bought legally all around the world – except in Syria. Last year, the book was nominated for the International Prize for Arabic Fiction, which is also known as the Arab Man Booker Prize.

Khaled Khalifa relishes the thought of how embarrassed the regime would have been if he had actually won the award. Despite the ban, the book can also be bought in Syria, albeit only under the counter. The literary scene in Syria is small; everyone knows everyone else and is familiar with the ways of getting their hands on blacklisted books.

Censorship is a day-to-day reality 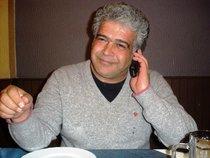 ​​ Sitting in Café Nofara, which is just behind the Umayyad Mosque in Damascus, 44-year-old Khalifa says how amused he is by the West's interest in books that have been banned in the Middle East: "You Europeans always make such a fuss about censorship and banned books – as if a banned book were better than any other. For us, censorship is a day-to-day reality; we have been living and coping with it for decades."

As if it were the most natural thing in the world, he says that he knows numerous civil servants in the censorship authority and calls them up to complain whenever they want to delete something from one of his novels. While it doesn't make a difference, he adds, it is good for his self-confidence. Then he looks around, finishes his coffee and cigarette, and suggests going somewhere else.

Café Nofara is a famous old street café where people sit at rickety metal tables and watch the stream of people flowing through the main artery of the city's old quarter. Numerous passers-by enter the café, but the author doesn't know them all.

"The secret service's informers are everywhere," he says nonchalantly, as if remarking that the sun was shining. Like Nihad Siris, Khaled Khalifa is also well known in Syria and the Arab world as a novelist and script-writer for television series.

Writing scripts for television is his livelihood; no-one in the Arab world can make a living out of writing novels. His most recent novel has just been translated into Italian and will be published in French in 2010. Banned or not, books will find readers all over the world, and vice versa.

Nihad Siris' Novel Ali Hassan's Intrigue
Humour Harbours Its Own Horror
In Ali Hassan's Intrigue, the Syrian author Nihad Siris writes about living in an Arab dictatorship and about all the insanities and unreasonable demands - great and small - that the regime imposes on its people. Kersten Knipp read the book in its recent German translation

END_OF_DOCUMENT_TOKEN_TO_BE_REPLACED
Social media
and networks
Subscribe to our
newsletter