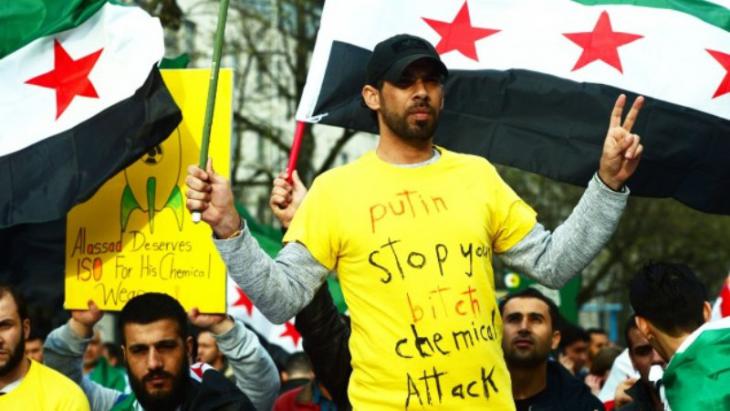 In his book "The Impossible Revolution – Making Sense of the Syrian Tragedy", Syrian dissident Yassin al-Haj Saleh chronicles the Syrian revolution and explains how it was destroyed. His analysis shows all too clearly how little the West knows about Syria to this day. By Emran Feroz

In the context of the Syrian war, Yassin al-Haj Saleh likes to speak of the "Syrianisation" of the world. It is above all a reference to the various spheres that the conflict has reached in recent years. After all, many things are associated with the revolution in Syria. The country has become a chessboard for the world's major powers. From regional powers such as Iran, Turkey and Saudi Arabia to Western players such as Europe, the U.S. or Russia, everyone has a finger in this pie.

Then there is the humanitarian catastrophe, which has made millions of Syrians the largest group of refugees in the world. The very presence of these refugees means that the consequences of the war can be seen in many European cities.

But there is so much more to the Syrian War than this geopolitical dimension. Above all, there is the fate of those Syrians who rose up in large numbers against the dictatorial Assad regime and lost so much in the process.

Sympathy for the devil

Saleh's analysis focuses on these very Syrians: people who stood up to a despotic system, to a regime whose lack of humanity just had to be fought. Saleh is quite clear that the Syrian Revolution was not a myth. It was real and was eventually brutally crushed while the world just looked the other way. 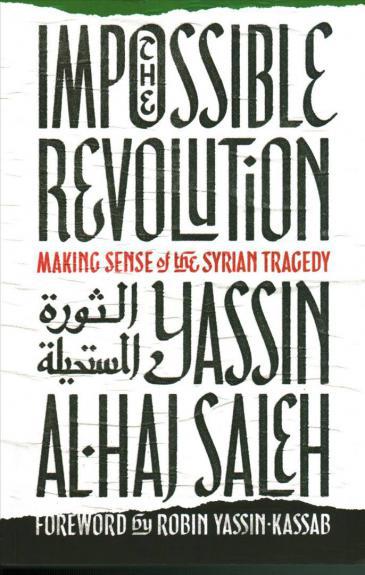 Since its earliest days, Saleh has been one of the revolution's leading fighters. His weapon of choice for democracy and freedom has always been the pen. Together with his wife, the human rights activist Samira Khalil, he moved from city to city, from hiding place to hiding place, becoming in the process an indispensable chronicler of the revolution and the subsequent armed conflicts

Today, one thing is clear: no player in Syria – not even IS – has murdered as many innocent people as the Assad regime and its allies. All human rights organisations and international observers in Syria come to the same conclusion.

According to Saleh, these voices are also being ignored, above all because of the sympathetic noises being made by the West about a regime that is contemptuous of human life. To many in Europe, the U.S.A and elsewhere, Assad – always so smartly dressed – and his corrupt murderous clan seem to be more congenial, more willing to negotiate and one could even say more familiar than all those who clothe themselves in the "cloak of Islam". There is no other way to explain the fact that the world looked away after the mass murders in Aleppo, Idlib or Ghouta.

The victor was, is, and will remain the regime. Saleh, a one-time member of the Communist Party, experienced its brutality first hand when he was put behind bars for 16 years in 1980. He spent one of those years in the infamous torture chambers of Tadmur, whence thousands of Syrians have never returned.

Chronicler of the Syrian Revolution

Since its earliest days, Saleh has been one of the revolution's leading fighters. His weapon of choice for democracy and freedom has always been the pen. Together with his wife, the human rights activist Samira Khalil, he moved from city to city, from hiding place to hiding place, becoming in the process an indispensable chronicler of the revolution and the subsequent armed conflicts.

Much of Saleh's book was written in his native city of Raqqa and in Damascus, Douma and in exile in Istanbul. During this time, Saleh himself experienced a very personal tragedy: his wife was kidnapped in Douma in 2013, probably by the extremist group Jaish al-Islam; she hasn't been seen since.

At the same time, Saleh's chronicles are a deconstruction of the war narrative peddled by the Assad clan and its kleptocratic circle in Damascus. Saleh aptly describes the country's political elite, which is made up of people who have invested in the regime and leading figures in Assad's security staff, as the "white Syrians" who represent the "first world" in Syria. This is an elite that continues to lead a privileged life undisturbed in its Damascene bubble, completely indifferent to the suffering of the majority of the population and even fuelling it.

Harsh criticism of the left wing in the West

This reality really shines a light on the massive societal and political disparities within the Syrian civil population, which are one of the main reasons for the revolution and the war in the country. As someone who regards himself as a left-wing intellectual, Saleh has very harsh words for many of his "comrades" in the West for shamelessly siding with the Assad regime and continuing to do so to this day. 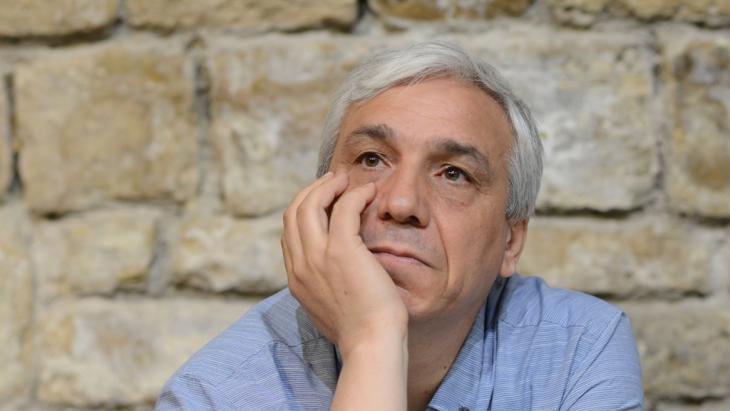 Yassin al-Haj Saleh is a well-known Syrian dissident and author, who spent 16 years in prison under Hafiz al-Assad. Many Syrians regard him as the "conscience of the Syrian revolution" and a pioneering revolutionary. In addition to ″The Impossible Revolution – Making Sense of the Syrian Tragedy″, he has also published ′Syria in the Shadows: Glimpses inside the Black Box′ (only available in Arabic)

He is equally critical of those who hijacked the Syrian Revolution, especially jihadist groups like the Nusra Front, whose nihilistic terror has taken on destructive proportions. As Saleh correctly points out, conditions in Syria at present are such that this extremism is likely to continue flourishing and growing. The prevailing circumstances – in other words, the massive violence of the regime and the ignorance of Western states – means that many Syrians who used to be secular are now firmly devoted to "faith in the Almighty" or have discovered political Islam.

The most important point in Saleh's line of argument is that the Syrian opposition remains heterogeneous and is not just made up of extremists from Al-Nusra and its ilk. In this context, he emphasises that the roots of the Syrian resistance have been peaceful from the word go. Saleh writes that parts of the opposition only took up arms because it became necessary to do so in the wake of the brutal response of the Assad regime. It was, therefore, a necessary step towards self-defence. What's more, large parts of the opposition movement continued to work for democratic conditions in the country as the situation continued to escalate.

It is regrettable that so-called "Syrian experts" in the West such as Robert Fisk and Patrick Cockburn, who regularly report from inside the shadow of the regime in Damascus, seem to be listened to more than critical intellectuals and dissidents like Yassin al-Haj Saleh. They are the ones who present Western readers with realities that are light years from black-and-white narratives and can put the complex situation in Syria into analytically incisive and meaningful words. This alone should be incentive enough for us to study Saleh's book carefully, even though at the end of it, we may feel anything but optimistic about the future of Syria.

Arab youth express their hopes and wishes for the New Year, spanning everything from civil and political rights, to education, to arts and culture. By Rafiah Al Talei END_OF_DOCUMENT_TOKEN_TO_BE_REPLACED

Life imprisonment for crimes against humanity: that was the sentence handed down to Anwar Raslan in the world's first trial of a member of the Syrian torture system. Matthias von ... END_OF_DOCUMENT_TOKEN_TO_BE_REPLACED

Moncef Marzouki was Tunisia's first democratically elected president after the fall of dictator Ben Ali. Today he is the most prominent critic of increasingly counter- ... END_OF_DOCUMENT_TOKEN_TO_BE_REPLACED

Historically Iraq's Yazidi community was isolated, under-resourced and very conservative. Seven years after the "Islamic State" tragedy, the community is more open to the world – ... END_OF_DOCUMENT_TOKEN_TO_BE_REPLACED

In this new bilingual edition, translated by Humphrey Davies, al-Jawbari, one of the thirteenth century's leading experts in skullduggery reveals all there is to know about the ... END_OF_DOCUMENT_TOKEN_TO_BE_REPLACED
Author:
Emran Feroz
Date:
Mail:
Send via mail

END_OF_DOCUMENT_TOKEN_TO_BE_REPLACED
Social media
and networks
Subscribe to our
newsletter