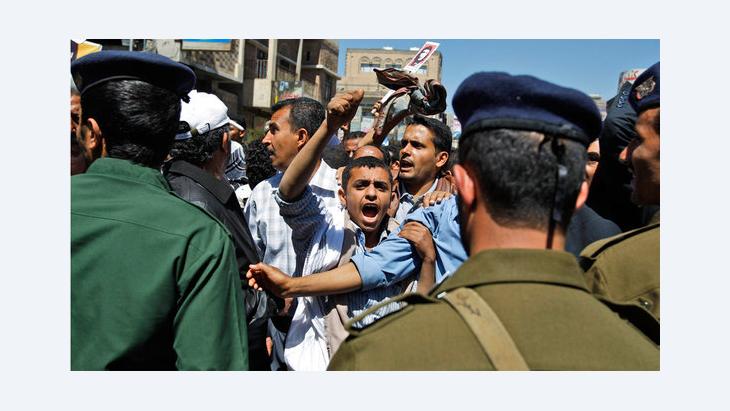 Yemen and the Arab Spring
Revolution on Hold

While political turbulence continues unabated in Tunisia and Egypt – the two countries where the Arab Spring started – and a bloody civil war still rages unchecked in Syria, the transition in Yemen seems to have ground to a complete halt. By Nader Alsarras

﻿Two years ago, the young people of Yemen took to the streets to protest against a president who had held fast to power for over 30 years. That president was Ali Abdullah Saleh. They were also protesting against rampant corruption and ongoing poverty (Yemen is still the poorest country in the Arab world) and calling for more jobs.

Since then, however, the country seems to be on hold. Although it would not be correct to say that the protest movement of 2011 has slipped into a state of resignation, many activists do feel that the process of democratic transition is moving far too slowly. After all, exactly one year has passed since Abd-Rabbu Mansour Hadi, Saleh's long-term vice president, was elected president. The Gulf Cooperation Council (GCC), which proposed this handover of power, had intended that he would lead the country out of crisis and into a democratic future. 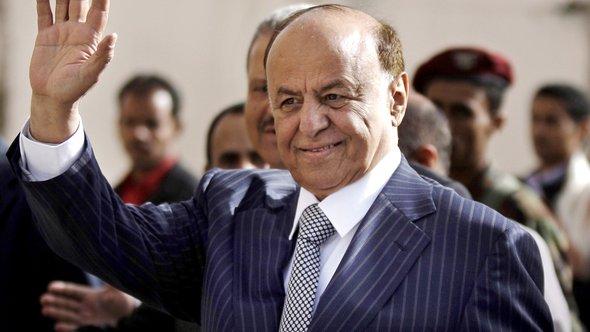 The will to reform, but not the power: although Yemen's interim president, Abd-Rabbu Mansour Hadi, has been in power for a year now, many believe that the man who was Saleh's vice president for many years is still the former dictator's puppet

​​Although critics do admit that Hadi's willingness to introduce reforms is preferable to Saleh's rule, they still accuse him of being powerless. According to Nobel Peace Prize laureate Tawakkol Karman, although Hadi has issued commands for the army to be reformed and for Saleh's relatives to be banned from important military posts, these reforms are not enough.

Speaking in an interview with the Austrian newspaper Die Presse recently, the 34-year-old Yemeni activist went on to say that the former dictator is still the real strong man in Yemen.
Not only does Saleh still have a lot of money and influence in Yemen, he is also still chairman of the governing party. While he officially handed over power to Hadi a year ago, he is still de facto pulling the strings of state from behind the scenes.

For example, it is Saleh who will nominate the party members who will take part in the National Dialogue, the body that will convene next month in accordance with the transition plan drawn up by the Gulf states to hammer out a draft constitution and prepare the general elections in 2014. Many see Saleh's major influence on the make-up of the National Dialogue as evidence of the fact that the overthrown president is still a force to be reckoned with.

It was to protest against the predominance of the Saleh clan that most young Yemeni demonstrators took to the streets two years ago, some even losing their lives in the process. The GCC initiative may have spared the country a bloody civil war, but it also granted Yemen's former president immunity against prosecution.

Now the young people want to wait and see how the transition plan will actually be implemented. Forty young people from the protest movement will be taking part in the National Dialogue. So far, it has not been announced who these people will be. Nevertheless, Raghda Gamal, a young blogger and poet, is cautiously optimistic. The 27-year-old activist took part in the demonstrations in Sanaa in 2011 and feels that the young people's protest movement has entered a phase in which it just has to accept the timetable of the GCC initiative. 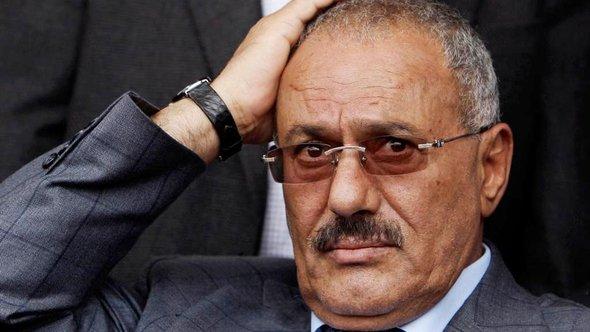 Pulling the strings from behind the scenes: "Not only does Saleh still have a lot of money and influence in Yemen, he is also still chairman of the governing party," writes Nader Alsarras. Saleh resigned in November 2011 having received assurances that he would not face criminal prosecution

​​Nevertheless, she is not afraid that the young rebels will be cheated out of their revolution in this sluggish political process. "If those responsible were to put a foot wrong, we would just go out on the streets again and protest for a modern Yemen."

"It was as if we had overthrown a king"

Abdulrahman Jaber is also upbeat about the situation. The young photographer and web designer from Sanaa is aware that "many things are not as they should be and that the situation is not ideal," but says that even the fact that the protest movement succeeded in toppling the country's long-term dictator is a huge achievement for the Yemeni revolution.

"It was as if we had overthrown a king. After all, Saleh ruled Yemen like a kingdom – and worse." Nevertheless, he doesn't see any grounds for euphoria either. The country still faces massive challenges: corruption, poverty, youth unemployment, a terrorist threat, and separatist tendencies that threaten to rip the country apart. "We took to the streets to protest against all of that. But it is still to early to say whether the revolution was a success or a failure."

Jaber, a 34-year-old entrepreneur and photographer, meets lots of well-educated young Yemenis through his work in Sanaa. Some of them, he says, get frustrated when they compare Yemen with countries like Egypt, for example. The reason being that the North African country seems to have made much more progress in the transition process than Yemen.

"But I am of the opinion," continues Jaber, "that the situation in Yemen is completely different. First of all, we have to see what fruit the National Dialogue will bear and whether the election will indeed take place in 2014." Most young people in his circle are optimistic, he says, even though the political future of their country is uncertain.

The stony path to democracy 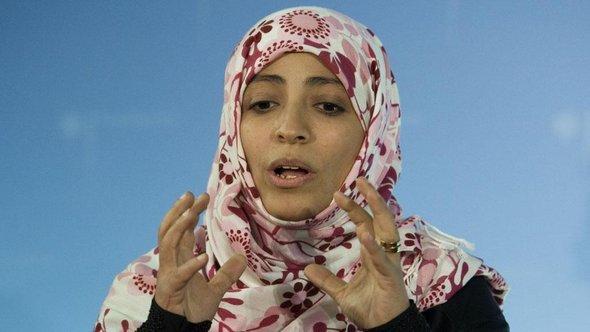 Yemen's political crisis: the Yemeni Nobel Peace Prize laureate Tawakkol Karman recently warned that the process of political transition in her country was on the point of collapse. She said that the country's former president, Ali Abdullah Saleh, is the greatest stumbling block in this respect: his former governing party, the GPC, is refusing to enter into dialogue. She also said that President Hadi is not able to implement his plans because he does not control the army

​​Yemen's interim president is already a year in office. He seems to have realised how serious the situation is because he has set the date for the National Dialogue at 18 March. For Hadi, it is the only way to end the political stalemate in which the country has found itself for some time now.

The assembly was originally set to be held last November. However, the planned date fell through as a result of resistance from the independence movement in the South, which is striving for greater autonomy.

On its road to democracy, Yemen still has a long, complicated way to go. Despite all the adversity, setbacks and delays, the young activist Raghda Gamal feels that the young people's revolution is definitely the winner. Two years after the outbreak of protests, no one can pull the wool over the young people's eyes any more: "We know our rights now. The days of keeping silent are over."

Syria, Egypt, Saudi Arabia and the UAE are among those countries increasingly misusing cybercrime legislation to silence dissent and curb freedom of speech. Could a new global ... END_OF_DOCUMENT_TOKEN_TO_BE_REPLACED

With regard to gender justice, things look bleak in the Arab world. Laws typically discriminate against women, while national legislation all too often does not comply with the ... END_OF_DOCUMENT_TOKEN_TO_BE_REPLACED

Anger in the Middle East is spreading over comments made by an official of India's ruling BJP about the Prophet Muhammad, with various countries summoning New Delhi's envoy and a ... END_OF_DOCUMENT_TOKEN_TO_BE_REPLACED

The Ukraine war is changing the global geopolitical landscape. Ali Khamenei, Iran's most powerful man, is already cosying up to Russia in anticipation of a harsh post-war reality ... END_OF_DOCUMENT_TOKEN_TO_BE_REPLACED

The Ukraine war has seen energy prices spike with oil producers in the Middle East making more money than ever. But will it put the brakes on long-planned reforms to diversify oil ... END_OF_DOCUMENT_TOKEN_TO_BE_REPLACED

END_OF_DOCUMENT_TOKEN_TO_BE_REPLACED
Social media
and networks
Subscribe to our
newsletter