In “The Wrong End of the Telescope”, Rabih Alameddine draws us away from the headlines and into the personal story of one individual. Mina is complex, compelling and very real. By pulling us into her life and allowing us to see Lesbos through her eyes, the reality of the refugee camp comes alive. Richard Marcus read the book END_OF_DOCUMENT_TOKEN_TO_BE_REPLACED 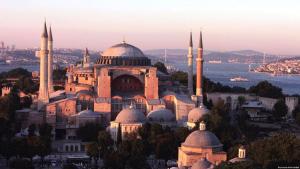 Turkey is so much more than its president, Recep Tayyip Erdogan: Christiane Schloetzer has selected twenty-four of Istanbul's sixteen million inhabitants, creating a portrait of the Bosphorus metropolis based on their life stories. By Rainer Hermann END_OF_DOCUMENT_TOKEN_TO_BE_REPLACED

At the EU's outer borders, the right of migrants to a fair asylum procedure continues to be systematically disregarded. Take Greece, for example: in the worst case scenario, those shipwrecked may even face a lengthy prison sentence. Alexandra Senfft reports for Qantara.de from Syros END_OF_DOCUMENT_TOKEN_TO_BE_REPLACED

Refugee crisis on the Greek-Turkish border: Europe's liberal warriors put democracy to the swordGreece and the asylum-seekers: How do you solve a problem like Moria?Qantara photo essay: What migrants face on Lesbos – and why it's getting worseQantara dossier: Policy on refugees and migration 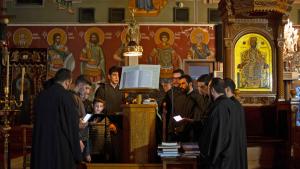 Chanting resonates through a church in the Cypriot resort town of Ayia Napa, darkened but for a few low lights and mobile devices displaying the singers' Byzantine melodies END_OF_DOCUMENT_TOKEN_TO_BE_REPLACED 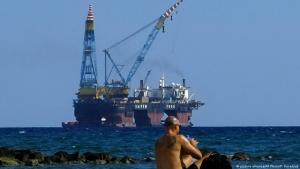 In a bid to become less dependent on Russia, Europe is seeking new sources of natural gas in the Eastern Mediterranean. War in the Ukraine has, however, led to new tensions over the EastMed pipeline project. By Ronald Meinardus END_OF_DOCUMENT_TOKEN_TO_BE_REPLACED 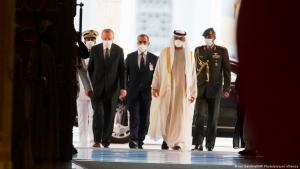 It seems yesterday's words are water under the bridge. Turkish foreign policy is currently undergoing a profound re-orientation: declared enemies are to become partners, opponents allies. But not when it comes to Greece. By Ronald Meinardus END_OF_DOCUMENT_TOKEN_TO_BE_REPLACED

Ankara is seeking to improve its relations with several states in the Middle East – such as the United Arab Emirates, Egypt and Israel. There are several reasons for this. Meanwhile, those being approached are not averse to the idea. By Kersten Knipp END_OF_DOCUMENT_TOKEN_TO_BE_REPLACED

Unauthorised immigration to Europe went down at the peak of the pandemic. As EU countries re-open, migrant flows are back up. What does it mean for the EU – and for migrants? By Sonya Angelica Diehn END_OF_DOCUMENT_TOKEN_TO_BE_REPLACED 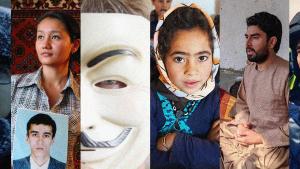 German actress Katja Riemann has made a short yet impressive documentary about a special project in Moria. In her directorial debut, she shows how young refugees learn the basics of filmmaking. The film, part of the Human Rights Film Festival Berlin programme, can be streamed until 3 October. Rene Wildangel reports for Qantara.de END_OF_DOCUMENT_TOKEN_TO_BE_REPLACED

After the fire in Moria: For many migrants, the dream of freedom ends in LesbosGreece and the asylum-seekers: How do you solve a problem like Moria?MEP Dietmar Koester on Fortress Europe: "The EU allows human rights to be trampled underfoot"Berlin's Human Rights Film Festival: "Captains of Zaatari" – the unshakeable power of dreams

On his recent visit to Cyprus, Turkish President Erdogan continued to bang his two-state drum, insisting that this is now the only viable option for the divided island. By announcing the next phase of a plan to partially reopen the coastal resort of Varosha for Turkish Cypriot settlement, he is once again pushing his own agenda. By Ronald Meinardus in Istanbul END_OF_DOCUMENT_TOKEN_TO_BE_REPLACED

Gas resources in the Eastern Mediterranean: Detente between Greece and Turkey?Qantara dossier: CyprusUS to lift 33-year arms embargo on Cyprus, angering TurkeyEscalation or mediation in the Eastern Med? Turkey and Greece at loggerheads over maritime sovereignty

Turkish refugees are for the most part invisible in Greece. In her film debut, the Greek journalist and filmmaker Marianna Kakaounaki portrays the fate of Turkish followers of the preacher Fethullah Gulen forced to flee their country after the coup attempt against Erdogan in 2016. Rene Wildangel caught a screening at the Thessaloniki Documentary Festival END_OF_DOCUMENT_TOKEN_TO_BE_REPLACED

After the fire in Moria: For many migrants, the dream of freedom ends in LesbosGreece and the asylum-seekers: How do you solve a problem like Moria?Exiled Turks in Greece: Bridge-building in 'enemy country'Escalation or mediation in the Eastern Med? Turkey and Greece at loggerheads over maritime sovereignty

The change in U.S. president is also having an impact on the conflict between Turkey and Greece. Since the USA has started to play the Greek card, the strategic situation in the Eastern Mediterranean has shifted to Turkey's disadvantage. Ronald Meinardus reports from Istanbul END_OF_DOCUMENT_TOKEN_TO_BE_REPLACED

Recep Tayyip Erdogan, disappointed by the European Union’s reluctance to integrate Turkey into its ranks, has re-directed his country’s diplomacy toward the Maghreb and Africa to expand Turkey’s sway in the Mediterranean, writes Dalia Ghanem END_OF_DOCUMENT_TOKEN_TO_BE_REPLACED

Turkey is largely isolated in the Middle East. Partners are few and far between. Its closest ally, Qatar, has just made peace with its neighbours. Together with the change of power in the USA, this is forcing Ankara to rethink. Background by Kersten Knipp END_OF_DOCUMENT_TOKEN_TO_BE_REPLACED

Ever since natural gas deposits were discovered in the eastern Mediterranean, Greece and Turkey have been mired in a fierce dispute over their exploitation. Now both sides are making a new attempt to resolve the conflict diplomatically. However, deep-seated enmity and age-old stereotypes make political rapprochement difficult, reports Ronald Meinardus from Istanbul END_OF_DOCUMENT_TOKEN_TO_BE_REPLACED

Sanctions against Ankara are being considered at the EU summit. The number of those in favour has risen. It remains unclear how Germany will behave. But would such measures have any impact on Turkey? END_OF_DOCUMENT_TOKEN_TO_BE_REPLACED

END_OF_DOCUMENT_TOKEN_TO_BE_REPLACED
Social media
and networks
Subscribe to our
newsletter