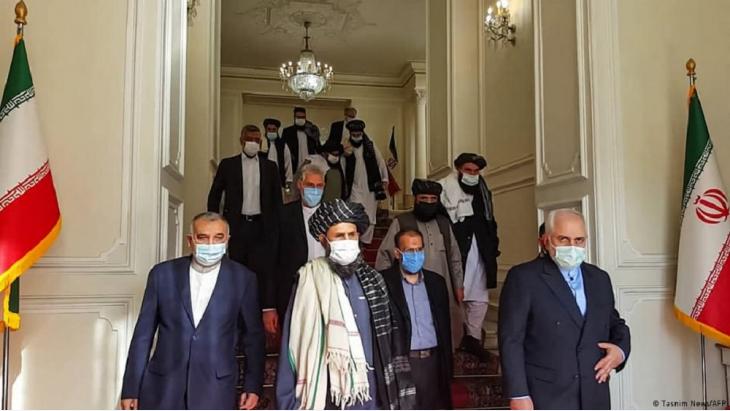 Afghanistan and Iran
Can Iran be friends with the Taliban?

One thing the regime in Tehran has in common with the Taliban is that they both dislike the USA. But apart from that, Tehran has a number of issues with its neighbour, writes Katajun Amirpur, professor of Islamic Studies at the University of Cologne

The enemy of my enemy is my friend. This sentence was used in recent days on the semi-oppositional Iranian news site gooya.com to explain why the Iranians are talking to the Taliban – for this reason, the regime had, the site claimed, also supplied the Taliban with weapons. But things are not quite that simple.

As in the West and among Afghans in exile, Iranians are divided on whether to believe the Taliban's assurances and promises. The newspaper Keyhan, mouthpiece of religious leader Ali Khamenei, wrote that the Taliban had changed, that they were no longer the Taliban of twenty years ago. However, the newspaper was criticised for this by high-ranking Ayatollahs who, like many Afghan opposition members and Afghanistan experts living in Iran, are convinced of the opposite.

Despite this scepticism, however, Iran has been meeting with Taliban representatives for some time. Back in 2019, they were received by the then foreign minister, Jawad Sarif. That they have even been supplied with weapons, as claimed by the Iranian opposition, seems illogical, however. The Taliban do not need Iranian support because they have been equipped by the Pakistanis, as the Pakistani arms supplier Ziaullah Khan bluntly admitted.

One reason for the meetings is indeed the Americans: when it came to overthrowing the Taliban in 2001, Tehran supported the USA and established contacts with the Northern Alliance. Iran was traditionally allied with the Northern Alliance around the Tajik Ahmed Shah Massoud, because the Tajiks speak Persian and the Hazara are Shias. Tehran even persuaded the Northern Alliance to agree to the Pashtun Hamid Karzai being appointed interim president. Iran also held direct talks with the Americans and readily declared its willingness to support them in a number of ways. That's how happy they were at the time about the fall of the Taliban. 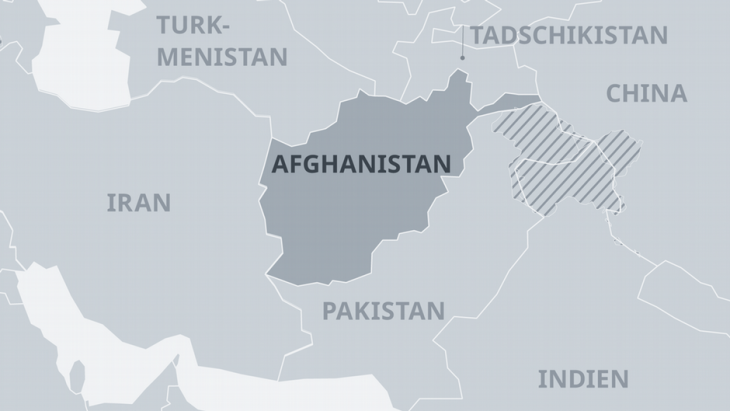 Anti-American brothers in spirit? "Iran wants to see the United States fail in the region. The leadership in Tehran wants the U.S. to withdraw from the region, because it sees the U.S. presence in Afghanistan as a threat. But what Tehran doesn't want is the potential for a total collapse or a humanitarian catastrophe," analysed Crisis Group Afghanistan analyst Andrew Watkins in an interview with Deutsche Welle

But instead of rewarding Tehran's mediating stance and advances, the then U.S. President George W. Bush included Iran in the so-called axis of evil. Moreover, parts of the U.S. administration blatantly called for regime change in Tehran. Thus, the USA abandoned the moderate President Mohammed Khatami and his attempt to open up the country to the West. His opponents in Iran could now justifiably claim that, once again, the Americans were not to be trusted.

Once bitten, twice shy, as the saying goes. What is more, these days Tehran regards the Taliban as brothers in spirit, similarly prepared to take a stand against America. Above all, however, Iran is bent on convincing the Taliban to form a government of national unity – with the inclusion of all ethnic groups in Afghanistan, including the Hazara, the Uzbeks and the Tajiks. Indeed, Iran has offered to mediate between the Taliban and the country's ethnic and religious minorities.

In this way, Tehran hopes to prevent millions of people from fleeing from Afghanistan to Iran again. More than three million Afghans already live within its borders. And with the construction of the wall between Turkey and Iran, hope is dwindling that the refugees would then continue on to Europe. Iran's plan is to set up buffer zones along the border. Large numbers of Revolutionary Guards have already been ordered to the 960-kilometre stretch shared with Afghanistan.

Very different Western reactions to the suffering in Ukraine and the Arab world show that there is a profound rift among cultures. Essay by Michael Young END_OF_DOCUMENT_TOKEN_TO_BE_REPLACED

The documentary "Nadia" tells the incredible story of Nadia Nadim, who was forced to flee from the Taliban as a child and became a football star. By Annabelle Steffes-Halmer END_OF_DOCUMENT_TOKEN_TO_BE_REPLACED

Three award-winning female directors appeal to the international film industry to save Afghan cinema. Supporting women filmmakers is more important than ever. By Christine Lehnen END_OF_DOCUMENT_TOKEN_TO_BE_REPLACED

Russia's ranking on the World Press Freedom Index has fallen again over the Kremlin's wartime censorship of the Ukraine conflict. From Myanmar to Mexico, journalists continue to ... END_OF_DOCUMENT_TOKEN_TO_BE_REPLACED

Ideally, those Europeans currently welcoming Ukrainian refugees would show the same sympathy to Syrians, Afghans and others fleeing war beyond the continent. But, argues Ian ... END_OF_DOCUMENT_TOKEN_TO_BE_REPLACED

END_OF_DOCUMENT_TOKEN_TO_BE_REPLACED
Social media
and networks
Subscribe to our
newsletter