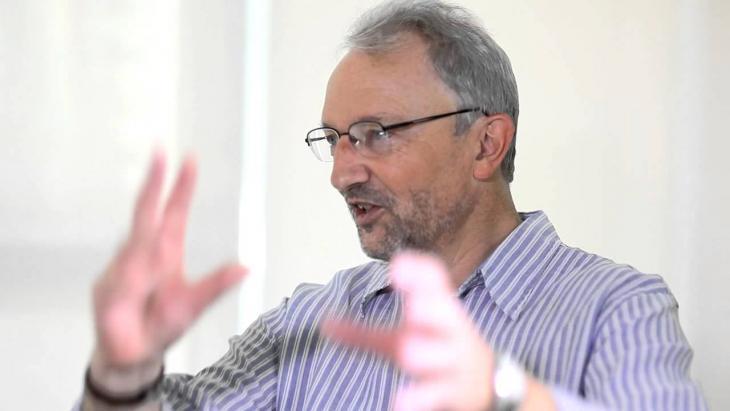 Tim Mackintosh-Smith's latest book – "Arabs" – reveals how linguistic developments helped and hindered the progress of Arab history. In interview with Qantara.de, he talks to Elisabeth Knoblauch about how, even in today’s politically fractured post–Arab Spring environment, Arabic itself is still a source of unity and disunity

Mr Mackintosh-Smith, three thousand years of Arab history! How did you come up with this idea? What was the starting point or what did you think had not been written before? What story did you want to tell?

Tim Mackintosh-Smith: It was actually Heather McCallum at Yale University Press, London, who asked me to write an Arab history. I would never have dared to undertake such a project 'off my own bat' – too presumptuous, and far too much work! Plus, one imagines that there are plenty of Arab histories around already. In fact, there aren't; or at least none that properly cover the whole timescale.

I was keen to do three things. Firstly, I wanted to say something more than other histories do about the earlier, pre-Islamic half of recorded Arab history – the 1,400 years before Muhammad – and how it inevitably shaped the latter half.

Secondly, I wanted to write a history of Arabs as such – not of the Arab conquests and of the subsequent spread of Arabic-Islamic culture, which is what Arab histories tend to become. The problem, of course, is what are Arabs 'as such', when they have been more than one thing over time.

One could take hold of several threads that bind them together, but language seemed to me to be the strongest link down the millennia. Ethnicity isn't so important – is it ever? – so I was always careful to talk about 'Arabs', not 'the Arabs', as if they have always been some homogeneous and discrete group.

Thirdly, I wanted to tell the story in a readable way. I believe a book can be scholarly and well-written at the same time. If you are inflicting 3,000-odd years and a plethora of unfamiliar names on readers, then you should at least do your best to make the writing palatable. 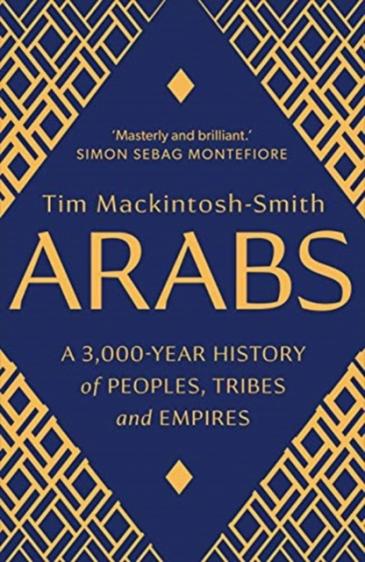 Tim Mackintosh-Smith's kaleidoscopic book covers almost 3,000 years of Arab history and shines a light on the footloose Arab peoples and tribes who conquered lands and disseminated their language and culture over vast distances. Tracing this process to the origins of the Arabic language, rather than the advent of Islam, the narrative begins more than a thousand years before Muhammad and focuses on how Arabic, both spoken and written, has functioned as a vital source of shared cultural identity over the millennia

You wrote the book "Arabs: A 3000-year history" during your time in Yemen. When did you arrive there and when did you have to leave?

Mackintosh-Smith: I first went to Yemen in 1982 and, apart from a year back at Oxford, continued to live there in the Old City of Sanaa. I was there through the worst years – so far – of the current war, and never, in fact, 'had' to leave. Rather, I travelled out of the country in 2019 with two members of a Sanaani family to whom I've always been close, to support their university studies in Malaysia. I still consider myself a resident of Sanaa. My house awaits me, and my library, and the rest of the family.

Yemen – or the area in the south of the Arabian peninsula – for you is the central country, a focal point, from which you can tell a lot about Arab history. Why is it of such central importance?

Mackintosh-Smith: At first sight, Yemen appears peripheral to the Arab(ic) world today, geographically and politically. And the earlier pre-Islamic settled inhabitants of the region did not, in their own day and their own estimation, even regard themselves as 'Arabs'. But some important aspects of their culture, political, social, religious and so on, contributed hugely to the post-Muhammadan gestalt – if one can call it that – of Arabdom.

Not only that: they were arabicised, linguistically and, in part, culturally, in the centuries before Islam; then, during the Arab conquests that came with Islam, there were simply not enough 'technical' Arabs (in the sense of nomadic, tribal Arabic-speakers) to do the conquering.

Southern Arabians were thus co-opted into being Arab, and provided much of the manpower and lifeblood of empire.

Later on, in the second, 'softer' wave of Arab expansion that took place around the littoral of the Indian Ocean from the 13th and 14th centuries AD onward, Yemenis were also in the forefront. Seen on that larger-scale map of the Arab(ic) and Arab-influenced world – one that stretches not just from the Atlantic to the Gulf, but on to the East Indies – Yemen begins to look more central.

You have written almost 600 pages about the ‘arab. Who were they, why did they become so meaningful if, in the beginning, they were just, as you write "those marginal, wandering, numerically insignificant tribes".

Mackintosh-Smith: Well, 'marginal . . . tribes' is what the term 'arab seems to have meant, in general, in the oldest historical records, going back to the early part of the 1st millennium BC. There were, of course, many reasons they became so meaningful: an important one was the use of the combination of camel + horse, which enabled long-distance raids and, ultimately, conquests. But if we single out one particular reason for their eventual meaningfulness, it is probably language.

I am no expert on German history, but something like the process by which a unifying tongue created the idea of cultural, and then political unity, among disparate groups, during the eighteenth and nineteenth centuries in Germany – something like this happened nearly 2,000 years before, with Arabic. It might have all subsequently withered away, but the language was enshrined untouchably in a book – the Koran – and then became the lingua franca of a vast empire.

Arab youth express their hopes and wishes for the New Year, spanning everything from civil and political rights, to education, to arts and culture. By Rafiah Al Talei END_OF_DOCUMENT_TOKEN_TO_BE_REPLACED

With World Cup 2022 around the corner, Qatar has embarked on a campaign to clean up its school system. Distracting from grievous shortcomings in other areas by highlighting a ... END_OF_DOCUMENT_TOKEN_TO_BE_REPLACED

Moncef Marzouki was Tunisia's first democratically elected president after the fall of dictator Ben Ali. Today he is the most prominent critic of increasingly counter- ... END_OF_DOCUMENT_TOKEN_TO_BE_REPLACED

Asef Bayat, professor of Sociology at the University of Illinois, Urbana-Champaign, has been studying revolutions and how they affect people since 1979. In his recent book, " ... END_OF_DOCUMENT_TOKEN_TO_BE_REPLACED

The catastrophic human rights situation in Bahrain is being largely ignored by the rest of the world. Despite all the damning evidence, which includes a Human Rights Watch report ... END_OF_DOCUMENT_TOKEN_TO_BE_REPLACED

The city of Marib is the most important place of refuge in Yemen for those displaced in the country. But fighting between Houthi rebels and government troops is currently ... END_OF_DOCUMENT_TOKEN_TO_BE_REPLACED
Author:
Elisabeth Knoblauch
Date:
Mail:
Send via mail

END_OF_DOCUMENT_TOKEN_TO_BE_REPLACED
Social media
and networks
Subscribe to our
newsletter