On 15 June, Algiers hosted a National Conference of Civil Society with the aim of producing a roadmap on how to shape the countryʹs – hopefully – democratic future. Yet at a time when civil society is just beginning to re-awaken, some wonder whether it will really be able to influence the possible transition that is looming. By Nourredine Bessadi

Since the beginning of the popular uprising in Algeria, the powers that be continue to use the argument that this is only a ʹprotest forceʹ and not a source of proposals. In recent weeks, a large number of civil society organisations have been involved in a series of "Dynamics of Civil Society" meetings. The aim: to produce a joint roadmap leading to a proposal for a negotiated solution and the peaceful resolution of Algeriaʹs crisis of government.

However, a number of voices have questioned the relevance of such an approach and the legitimacy of these organisations. Observers are also wondering what civil society can offer Algeria, particularly in the way of civil and minority rights. It should be recalled that the role of civil society has been much diminished over the last two decades. Civil society has seen its room for manoeuvre considerably curtailed, especially following the implementation of restrictive legislation relating to civil associations in 2012.

Today, it is difficult to draw an exhaustive picture of Algerian civil society. The 100,000 official organisations do not communicate effectively on which are actually active – and which aren’t. Confusion surrounding the exact number of existing bodies has served the state well, justifying operations of "cleansing", under which civil society is further restricted.

The spectre of "the foreign hand", still very much in evidence in recent weeks, perceives alleged conspirators under the influence of foreign powers, with the latter purportedly seeking to destabilise the state and disrupt national harmony. Then there is the issue of legal protection. Civil society organisations are regularly targeted and their members subject to intimidation if they are deemed a threat to the ruling class.

"Civil society in Algeria is supposed to have a central role, as a counterbalance to those in power, but it lacks legitimacy," explains Nassim Balla, a political activist working on civil society issues. 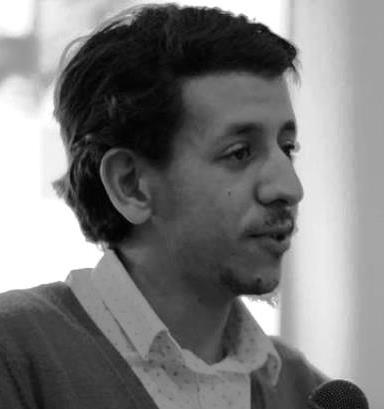 Civil society lacks legitimacy: "People are used to regarding CSOs as receptacles of bad behaviour and corruption, as organisations that serve a handful of individuals intent on profiteering or building their own political career," explains political activist Nassim Balla. "Most Algerians do not trust them at all"

"People are used to regarding CSOs as receptacles of bad behaviour and corruption, as organisations that serve a handful of individuals intent on profiteering or building their own political career. They are perceived as tools for some individuals to impose their existence on public life. Most Algerians do not trust them at all."

He continues that CSOs in Algeria are perceived as having a strictly charitable role. "ʹWhat is an association doing in politics?ʹ is a question that is often asked." In the collective psyche in Algeria, politics is the exclusive domain of political parties and civil society bodies have no business getting involved. An effective separation of the two domains has appeared to have developed over time.

According to Aomar Ait Slimani, however, a human rights activist who has taken part in various civil society meetings, "there is a concerted effort by groups on all sides of the political spectrum to overcome ideological differences and find common ground that could give civil society a central role in the transition. This represents a huge advance in itself, when we recall the state of total disunity that civil society has experienced in Algeria for decades."

Slimani is convinced that the roadmap resulting from the work of the national conference could represent a credible benchmark "to attract all the goodwill surrounding the construction of a real transition that would meet the aspirations of the Algerian people."

A catalyst for reform

With regard to civil and minority rights, Aomar considers that "civil society can be a catalyst for reform, with CSOs capable of debating societal issues with more open-mindedness, including individual and collective freedoms, women's rights and the rights of religious minorities in Algeria."

Indeed, civil society could take advantage of this crisis, turning away from its historical marginalisation to drive its pawns forward into the political arena and establish itself as an essential political actor. 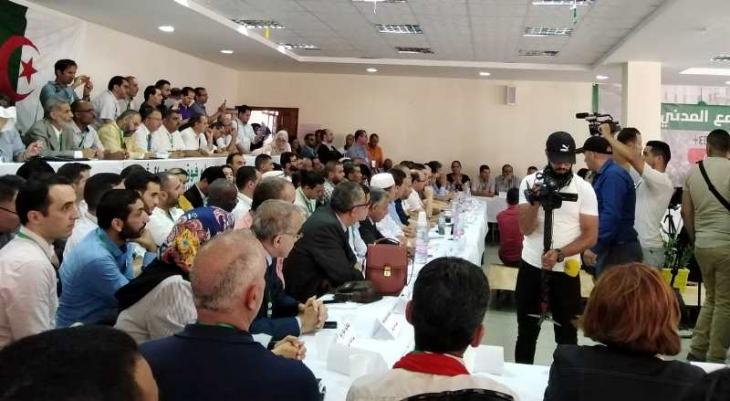 Civil society roadmap a credible benchmark: according to Aomar Ait Slimani, a human rights activist who has taken part in various civil society meetings, "there is currently a concerted effort by groups on all sides of the political spectrum to overcome ideological differences and find common ground that could give civil society a central role in the transition. This represents a huge advance – letʹs not forget the state of total disunity that civil society experienced in Algeria for decades"

Understandably, the concept that a unified Algerian civil society is now claiming the right to decide its future is relatively new. According to Hanane, a women’s rights activist, "progressive voices must invest all the debate spaces organised by civil society, in order to influence the various orientations and advance the rights of women in Algeria."

She admits that the task is not at all easy, considering the large number of conservative Islamist associations present in the various meetings, but she is convinced of the "major role civil society can now assume on the political stage."

The Algeria of tomorrow can only be achieved by granting civil society a leading role – both as an intermediary body and as a counterweight able to regulate the political scene and participate in the debates surrounding societal issues. Something that hasn’t really been the case since Algeria gained its independence in 1962.

Nouara may be 65, but she is ready to join thousands of others who burn their ID and pay traffickers for the chance of a new life in Europe. Zineb Bettayeb reports END_OF_DOCUMENT_TOKEN_TO_BE_REPLACED

In Doha, Arabs from Morocco, Tunisia, Egypt and Algeria are gathering to celebrate the first ever FIFA World Cup to be held on Arab soil. The criticism from Europe? Over the top, ... END_OF_DOCUMENT_TOKEN_TO_BE_REPLACED

"Rebel Game: The Power of Football in the Middle East and the Qatar World Cup", an anthology published by Middle East researchers Jan Busse and Rene Wildangel, takes the upcoming ... END_OF_DOCUMENT_TOKEN_TO_BE_REPLACED

After a two-year hiatus, the Arab League re-convened at the beginning of November in Algiers against a backdrop of uncertainty and discord. By Pierre Boussel END_OF_DOCUMENT_TOKEN_TO_BE_REPLACED

The history of Jews and Muslims is far more entangled than you might imagine – but you have to listen out for it. In "Recording History", Christopher Silver takes us on a sonic ... END_OF_DOCUMENT_TOKEN_TO_BE_REPLACED
Author:
Nourredine Bessadi
Date:
Mail:
Send via mail

END_OF_DOCUMENT_TOKEN_TO_BE_REPLACED
Social media
and networks
Subscribe to our
newsletter