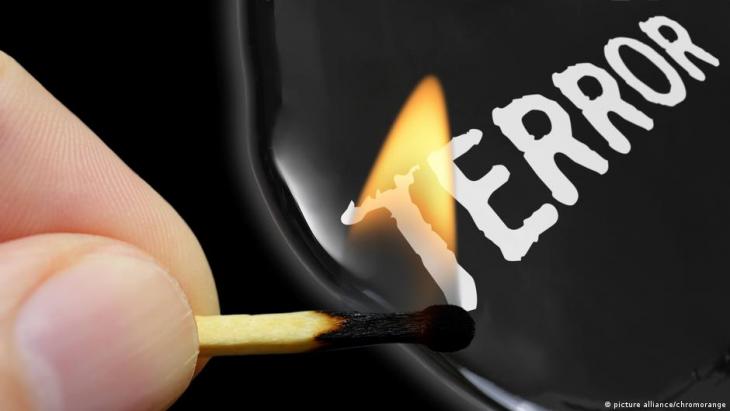 Confessions of an ex-jihadist
What makes someone a jihadist?

Charting his own descent into extremism, former Moroccan jihadist Adil El Hasani reveals how he was ultimately able to extricate himself from the grasp of those peddling religious illusions. Mohamed Taifouri read the book

In "The Promise of the Hereafter", young Moroccan writer Adil El Hasani recounts the story of a Moroccan jihadist over the course of five fascinating chapters: from his recruitment by an extremist organisation (having earned what he calls the "poisoned chalice") to the moment his "consciousness is hijacked" by the concept of caliphate. This is followed by details of his arrest, trial and imprisonment against the background of the terrorist attack in Casablanca on 16 May 2003.

The story ends with him gaining physical freedom (from prison) and mental freedom (from the organisation), along with the torment, hopes and leading questions that being a "former jihadist" brings.

More than just an autobiography, Hasani’s book is testament to an entire generation that was influenced by the politicisation of religion across the Arab and Islamic worlds and what followed by way of wars in Bosnia, Chechnya and Afghanistan. It was a process that culminated in the bombings of 11 September 2001 and the ensuing war on terrorism, the effects of which reverberate to this day.

In his foreword, the author stresses that it is "a story of the mind. It reflects a way of thinking that occupied two decades of my life; it is a tale about the past, yet it paints images and impressions of what a former terrorist thinks today." The narrative is based on personal experience. This leaves the writer open to a charge of subjectivity and undermines his impartiality with regard to content.

It's a risk, however, that Hasani seems well aware of: "I can't confidently claim that I am a guru of high consciousness who preaches about safe spirituality in order to protect future generations from extremism. What I can offer is my own life experience. I hope this book will help counter jihadist thought patterns from a religious perspective, sounding the alarm about the danger posed to society by self-appointed religious intermediaries and exposing their role in reproducing tyranny and violence." 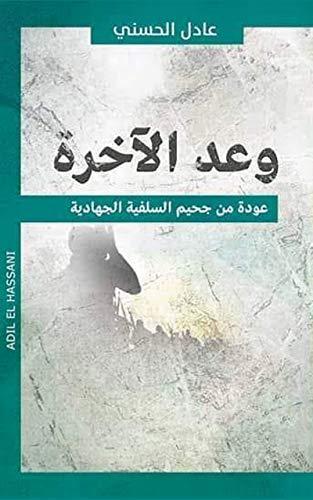 Deep-seated illusions spawned by jihadist ideology: prison, in Hasani’s opinion, may prevent a terrorist from taking action, killing and sabotaging, but it certainly won’t eradicate the ideas from his head. Sometimes, indeed, the opposite is true. Entrenching convictions in a jihadist’s mind and creating urgency to achieve them in reality, especially when the extremist has been subjected to torture or injustice in prison, risks creating a vendetta, heightening the desire for revenge and restoration of the individual's own sense of dignity

"Arab and Muslim" – the jihadist credo

Hasani begins with a detailed diagnosis of the techniques used by jihadists to recruit members, taking advantage of fractured state structures. After all, most institutions have long since stopped functioning as originally intended.

According to the author, the jihadist is the result of a lack of initiative within society. Political parties are nowhere to be seen until election day when they turn out to chase those prized parliamentary seats.

Meanwhile, civil society groups are intent on remaining within the circles of power, hoping to secure support and funding. The state is only interested in maintaining a monopoly over religious affairs, yet this area is increasingly slipping through its fingers into the grasp of Islamist movements.

Hasani admits that the experience of belonging to an organisation proved a source of personal strength. It gave him the opportunity to explore the various methods used to create the terrorist personality within an ideologically closed group.

The values of pluralism and principles of difference are dropped as the jihadist group strives for the triumph of the "Islamic nation" (Umma), creating fertile ground for a cooperative of the downtrodden. All these communities need is to return to Islam’s puritanical roots, disregarding local identities in favour of the Umma.

The ideology of jihadism works on incorporating its adherents into the melting pot of the organisation. No identity – other than "Arab and Muslim" – is welcome. Any talk of other regional identities is fiercely attacked, with the latter seen as a basis for sedition, division and discord. Islam alone is enough to guarantee unity and ensure the stability of the society and the nation. Jihadist rhetoric actively sets out to destroy native "non-religious" identities.

Extremist movements are very keen to create new identities for their members, reprogramming them to adopt negative stances towards everything else in life. Starting with the self and ending with the other, they "accumulate hatred towards followers of other religions. Then, they turn against those from different sectarian backgrounds within their own religion, and ultimately against those from different religious schools within their own sect. This process of psychological fission goes on to the point where it manifests itself in a deadly rupture, expressed in martyrdom."

As Hasani writes, "authoritarian religion" strives to eliminate life’s pleasures, thus making the individual’s sense of religion compatible with the credo of the organisation. To achieve this, the innate desire for life must be snuffed out.

Hasani points out, however, that the essence of faith originates from a beautiful life experience. The self unites with people, things and thoughts in a mystical beauty, in which everything moves in perfect harmony, allowing the individual to comprehend the majesty of their relationship with God. Once religious intermediaries get involved, however, this harmony can swiftly crumble. The believer is forced to choose between texts cherry-picked from the scriptures – taken out of context to serve an extremist agenda – and social norms, universal customs, traditions and humanist values.

To embrace the doctrine of jihadism is to rule out every manifestation of beauty in the experience of individual religious faith. The aim is to prove a rule that, Hasani writes, links "the return of our Muslim pride and bygone glories to the abandonment of art and the forsaking of love. It also creates an enticing link between our current misery and omnipresent corruption in almost all Islamic societies and scantily-clad women, beautiful singing and the overruling of religious texts."

Puritanical religiosity compatible with normal relations with the U.S.?

As soon as the indoctrinated individual has undergone the desired transformation, thanks to the culture of goading and herding on which extremist ideology is based, they become easier to control, discipline and direct. It also becomes easier for the person in question to inhabit a world of contradictions. The sense of instant conviction that dominates this way of thinking is comforting and reassuring, so much so that – according to the extremist’s logic – paradoxes become the norm. Thus, every tragedy they create for themselves is seen as a test of faith, sent from God. Suffering is to be expected in this life and not the hereafter, whereas the non-religious are afflicted by punishment in both worlds.

In this realm where delusions are peddled, the constant flow of certainties prevents adherents from using their brains or reflecting on the inevitable questions that arise from time to time. As Hasani says, "I was really confused. How could a peaceful faith seeking to accrue merits from daily devotional rituals, co-existing with a host of prohibitions, accommodate and achieve normal relations with the United States of America?"

The jihadist mentality is rife with contradictions too numerous to count or define. It is no exaggeration to assert that this is what gives the ideology its backbone. Extremists, for example, refuse to recognise the legitimacy of existing political systems, arguing that the rulers are tyrants, despots and even infidels, against whom true believers are obliged to rebel. At the same time, they have no regrets about belonging to an army that takes instructions and orders from the sheikhs of extremism, who are actually laying the foundations for even greater tyranny.

Moreover, headstrong jihadists seeking to establish the caliphate from a sense of religious duty justify their actions by claiming that their goal is to secure justice, peace and the unity of the Islamic nation (Umma). They do this without acknowledging that the caliphate will only be established through coups, chaos, stirring up unrest and strife by undermining public order, and by squandering human life. In short, there are many contradictions that the jihadist mentality cannot begin to fathom.

The author's depiction of himself as being genuinely honest because he was a jihadist who never acted on his impulses is a strange and mysterious paradox. Despite his extremist convictions, he could never agree with those of his fellow jihadists who put their ideas into practice, because the deed, at that very moment, stripped the ideal from the idea, exposing its rank ugliness to the light of day.

This final paradox likely had a profound impact on the decision to quit "authoritarian religion" and embrace "humanist religion". With its physical, psychological and mental dimensions, the path of transition was tough, especially with the falling away, one by one, of the very certainties that bolstered the jihadist’s faith, mixed with tears of pain and regret. It was a seminal moment in Hasani’s life: "I write with regret about the ideas that I adopted. I never thought I would lament having been taken in by those ideas. As I reflect on this abrupt change of mind, I am anxious not to fall into the trap of another certainty."

Instant certainty is both comforting and reassuring, but it throws societies and individuals into the pit of conceitedness, without any tangible benefit in the real world. Hasani freely admits this when talking about the fantasy of the caliphate: "I did not realise the extent of my folly in embracing the notion of the caliphate until I began to think about things many years later. The most dangerous thing I discovered was that the power of this idea is not the end game. Rather, it lies in the creation of a collective belief in the notion of the caliphate, leading to a state of partisanship ending in an existential struggle that threatens society."

Home
Print
Newsletter
More on this topic
De-radicalising young people: Is there a way to stop jihadists in Europe?The psychology of radicalisation: Lego IslamIslamisation, a racist conspiracy theory: The hatred of Hanau and its enablers
Related Topics
'Islamic State' | IS, 9/11, Arab world, Authoritarianism, Book reviews, History of Islam, International terrorism, Islamism | Political Islam, Muslims in the West, Places of Dialogue, Policy on refugees and migration, Radicalisation, Rule of law, Taliban
All Topics

Recent efforts to rehabilitate Assad are setting a damaging precedent for accountability, just as the international community is expressing the need to hold Russia to account for ... END_OF_DOCUMENT_TOKEN_TO_BE_REPLACED

Nouara may be 65, but she is ready to join thousands of others who burn their ID and pay traffickers for the chance of a new life in Europe. Zineb Bettayeb reports END_OF_DOCUMENT_TOKEN_TO_BE_REPLACED

Education for girls and women is still possible in Afghanistan, says Reinhard Eroes of the Kinderhilfe Afghanistan initiative. In interview with Elisa Rheinheimer, he talks about ... END_OF_DOCUMENT_TOKEN_TO_BE_REPLACED

Locals in the Middle East have said European critics are showing bias and hypocrisy when they condemn Qatar. Observers agree that Qatar has had to deal with more criticism than ... END_OF_DOCUMENT_TOKEN_TO_BE_REPLACED

In Doha, Arabs from Morocco, Tunisia, Egypt and Algeria are gathering to celebrate the first ever FIFA World Cup to be held on Arab soil. The criticism from Europe? Over the top, ... END_OF_DOCUMENT_TOKEN_TO_BE_REPLACED
Author:
Mohamed Taifouri
Date:
Mail:
Send via mail

END_OF_DOCUMENT_TOKEN_TO_BE_REPLACED
Social media
and networks
Subscribe to our
newsletter