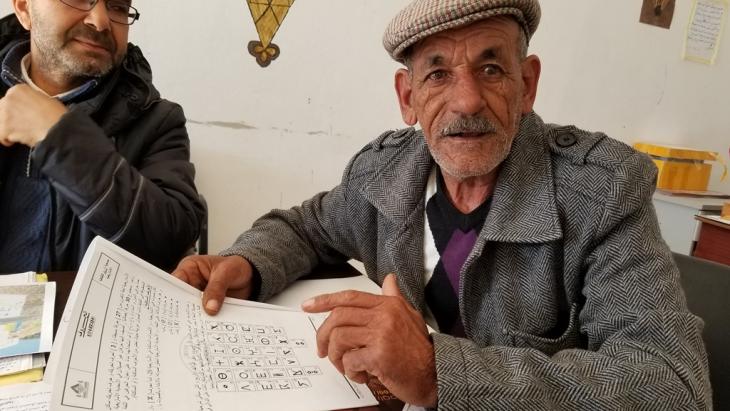 Indigenous rights in the Maghreb

An uphill struggle for Tunisiaʹs Amazigh

The Amazigh claim that the regimes of Bourguiba and Ben Ali stole their finest asset, namely their culture. Is Tunisiaʹs Jasmine revolution on the way to restoring their rights? By Lina Shanak

Tunisian Hisham Ghrairi defines himself as "Amazigh" or Berber, descended from North Africaʹs original inhabitants, but he did not learn his native language easily, either at home or at school.

Hisham was born in 1980 in southern Tunisia at a time when the Amazighs were forbidden to speak their own language, to the extent that families even spoke Arabic at home. As Hisham says: "Tunisiaʹs people became Tunisians," referring to the approach of former President Habib Bourguiba, who sought to impose a "single identity", without regard for the countryʹs ethnic diversity.

Under the shadow cast by this vision, families didnʹt talk about their Amazigh identity; indeed, it was hidden away as a "source of shame". Families didnʹt converse with their children or even teach them their own language. "Like most people, they didnʹt want problems and they feared for their childrenʹs safety," Hisham explains.

Despite this, curiosity led him to inquire about the origins of his family. From there, he began to mix with students from neighbouring villages who only spoke Amazigh and from them he picked up a few words and phrases. Later, he got to know a group of foreign young women who were studying Amazigh culture in peopleʹs homes and they introduced him to his original culture. 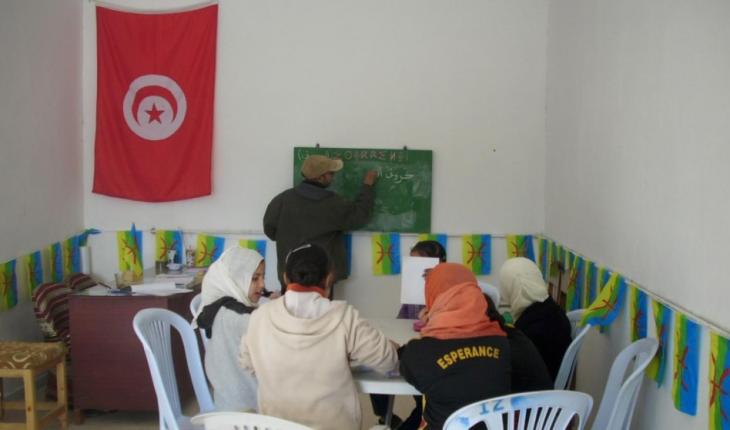 Progress at a voluntary level: there are now ten cultural associations in Tunisia aimed at preserving and promoting the Amazigh language and culture. Yet, for all that, the most important document in the country, namely the new constitution, ratified by parliament in 2014, makes no reference to the Amazigh whatsoever, preferring instead to specify Tunisiaʹs "cultural and historical belonging to the Arab and Islamic nation"

The imposition of "a single identity"

When Hisham, who used to work as a tour guide, tried answering touristsʹ questions honestly, confessing that the state forbade them from speaking in their own language and celebrating their own cultural occasions, he got into trouble and lost his job in tourism.

In his view, the state wanted the Amazigh to be a ʹcommodityʹ, a ʹTunisian artefactʹ, forgetting that "this commodity is comprised of people who are indigenous to North Africa and who have rights." Today Hisham tells his story freely, sitting in a cafe in Matmata in southern Tunisia. The village still welcomes visitors, accommodating them in small hotels that preserve Amazigh architecture.

In the wake of the Tunisian revolution in 2010, Amazigh activists began to raise their voices and demand the rights denied to them over long centuries.

Using a graphic novel to address a contentious issue like the Algerian war of independence may seem an odd choice, but new release "Algeriennes", translated into English by Ivanka ... END_OF_DOCUMENT_TOKEN_TO_BE_REPLACED

Although a unity government was formed in Libya in March 2021, tensions and possible crises between the political actors are already emerging. What problems does the country face ... END_OF_DOCUMENT_TOKEN_TO_BE_REPLACED

In Islamic mysticism, Ramadan is more than just a period of prescribed abstinence, signifying an opportunity for inner contemplation. Marian Brehmer explores the spiritual ... END_OF_DOCUMENT_TOKEN_TO_BE_REPLACED

Liberal Islam: everything revolves around the Koran. In the search for a liberal interpretation, peculiar constructs occasionally emerge. By Alexander Flores END_OF_DOCUMENT_TOKEN_TO_BE_REPLACED

EU parliamentarian Dietmar Koester criticises the Union's failure to speak up when faced with human rights abuses committed by its Middle Eastern allies, while pointing out that ... END_OF_DOCUMENT_TOKEN_TO_BE_REPLACED

In her third and most recent novel, Paris-based Algerian author Kaouther Adimi writes almost prophetically about a rebellion by a handful of children against the rigid and ... END_OF_DOCUMENT_TOKEN_TO_BE_REPLACED
Author:
Lina Shanak
Date:
Mail:
Send via mail

END_OF_DOCUMENT_TOKEN_TO_BE_REPLACED
Social media
and networks
Subscribe to our
newsletter