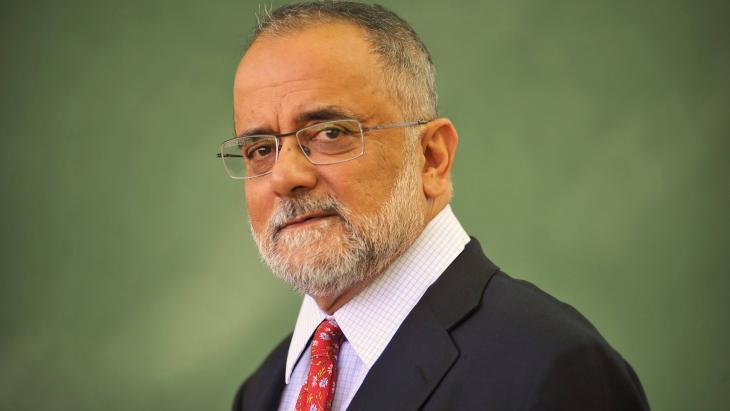 The West is pulling out of Afghanistan after 20 years, but the conflict remains – and the Taliban are stronger than they have been for a long time. And now? The renowned Taliban expert Ahmed Rashid talks to Tobias Matern about mistakes made by the West and the future role of the Taliban in Afghanistan

The West is leaving Afghanistan – have the USA and its allies achieved their goals?

Ahmed Rashid: They have achieved the goal of pushing back international terror, but they have not brought peace or stability to Afghanistan. The country does not reward occupiers; it hasn't for centuries. The Taliban benefitted from having a safe haven that helped them both to seize power in Kabul in the 1990s and to recover so well following the fall of their regime in 2001.

You mention the neighbouring country of Pakistan. The government in Islamabad keeps insisting that its influence on the Taliban is not as massive as the West claims.

Rashid: I would disagree with that. The whole Taliban leadership lives there, they are married to Pakistani women, their children go to school there, many of their children have university degrees and work there. When the Taliban visit Pakistan, they head straight to the city of Quetta to co-ordinate with their leaders there.

The Taliban ruled Afghanistan with a hard hand from 1996 to 2001. Have they changed since?

Rashid: They have modernised, but that does not apply to their war strategy. And they are still committed to establishing an Islamic legal system, which other Afghans will not accept.

The West has been in Afghanistan for 20 years, and the country is still not safe. What went wrong?

Rashid: The Americans were completely devoid of any strategy. They did not pursue a clear military, economic or political plan. The war in Iraq [started in 2003; Editor's note] subsequently diminished the U.S. leadership role in Afghanistan, leaving all planning to the United Nations. But I think the West's mistakes go back further: they ignored the Taliban in the 1990s and did not see them as a threat. They did not seek any rapprochement at the time. By the time the Taliban took Kabul in 1996, the international community had completely turned its back on Afghanistan. 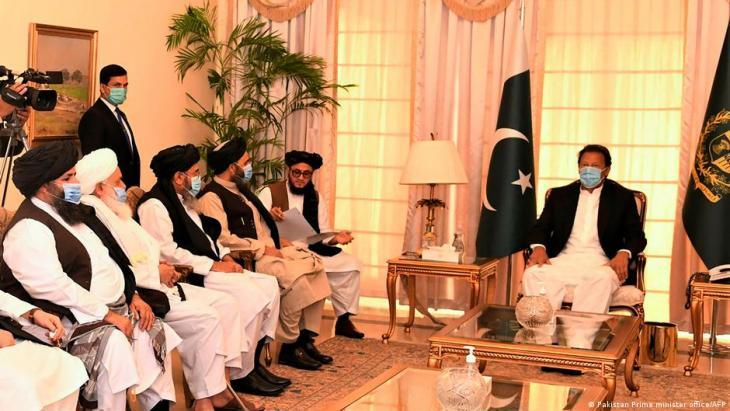 Afghanistan as the backyard of Pakistani interests: the government in Islamabad has repeatedly stressed that its influence over the Taliban is not as great as the West claims. For Afghanistan expert Ahmed Rashid, however, there is no doubt that Pakistan sees the Taliban as an important card in the geopolitical game on the Hindu Kush

Rashid: The regional powers were allowed to arm and supply money to their preferred factions in the country. Many countries got in on the act – Iran, Pakistan, Russia, the Central Asian states; a scramble for Afghanistan emerged. After the fall of the Taliban in 2001, the West then made the mistake of ignoring and pushing the Taliban aside, rather than reaching out to them. Pakistan then defined its own strategic interest as reviving the Taliban.

The Taliban defied the West militarily and then surprised it diplomatically by agreeing with the Americans to withdraw.

Rashid: They have learned. For example, the Taliban have become better at handling the media, which they banned completely in the 1990s. Now they use the digital arena for their own purposes. They are far more cultured. They have had the opportunity to travel, to visit other countries, to forge alliances. However, all members of the international community and also the regional powers have adopted the clear stance that the Taliban's vision of re-establishing an Islamic emirate according to their own rules is unacceptable.

Rashid: That is one of the reasons the talks between the Taliban and the Afghan government collapsed. We still don't know exactly what the Taliban want. Their comments on the future of Afghanistan are puzzling. So far, they are vehemently against elections, saying that Islam does not allow it. In doing so, they are probably recognising that they are, in fact, not particularly popular in Afghanistan.

The British-Pakistani journalist and author Ahmed Rashid is a leading expert on the situation in Afghanistan and Pakistan. He has been awarded numerous prizes for his critical reporting. He is the author of the book "Falling into Chaos: Afghanistan, Pakistan and the Return of the Taliban".

Afghanistan’s academics under fire: Must young Afghans be willing to die for an education?

Home
Print
Newsletter
More on this topic
U.S. withdrawal from Afghanistan: Joe Biden and the West's betrayal of the Hindu KushU.S. and NATO withdraw from "the forever war": What we should all know about AfghanistanInterview with Afghanistan expert Thomas Ruttig: "The violence threshold is low"
Related Topics
9/11, Al-Qaida, Barack Obama, Donald Trump, International terrorism, Jihadism | Jihadists, Joe Biden, Taliban, U.S. policy in the Middle East
All Topics

Education for girls and women is still possible in Afghanistan, says Reinhard Eroes of the Kinderhilfe Afghanistan initiative. In interview with Elisa Rheinheimer, he talks about ... END_OF_DOCUMENT_TOKEN_TO_BE_REPLACED

A lawmaker in Pakistan's rugged northwest was sipping tea with voters when his phone chirped to life – the Taliban were calling with a demand for 'donations'. "We hope you won't ... END_OF_DOCUMENT_TOKEN_TO_BE_REPLACED

Cries of "Benghazi!" still resonate across the USA ten years after a deadly terrorist attack in Libya killed the U.S. ambassador and three other Americans. Ethan Chorin re-tells ... END_OF_DOCUMENT_TOKEN_TO_BE_REPLACED

Sufism has fluid boundaries. Just like Islam, Sufism is inconceivable without its late antique roots. Then again, it has also exerted an influence on Hinduism. Moreover, the Sufic ... END_OF_DOCUMENT_TOKEN_TO_BE_REPLACED

Journalist Waslat Hasrat-Nazimi was forced to flee Afghanistan with her family as a child and grew up in Germany. To mark the publication of her book "The Lionesses of Afghanistan ... END_OF_DOCUMENT_TOKEN_TO_BE_REPLACED

Just as the Islamic Revolution fundamentally changed Iran 43 years ago and had an impact far beyond the country's borders, the current wave of protests sweeping the country is set ... END_OF_DOCUMENT_TOKEN_TO_BE_REPLACED
Author:
Tobias Matern
Date:
Mail:
Send via mail

END_OF_DOCUMENT_TOKEN_TO_BE_REPLACED
Social media
and networks
Subscribe to our
newsletter