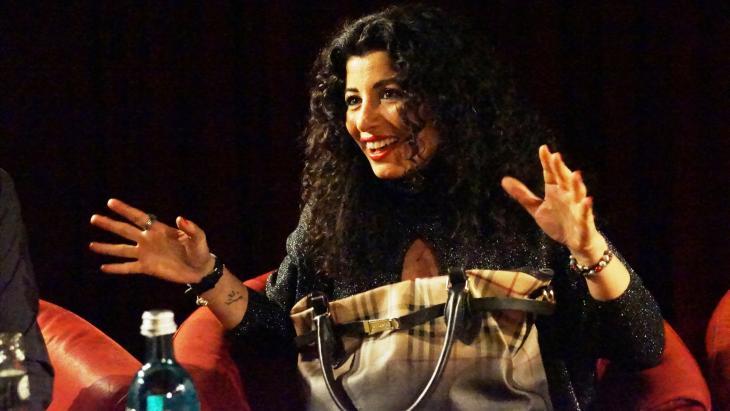 "I don't believe in female solidarity"

What were the reactions to the publication of your magazine "Jasad" (Body)?

Of course there was a lot of rejection and anger; I got threatening letters by mail every day, most of them anonymous. But at the same time, we got a lot of support. The problem was that the attacks against us were public, whereas the backing remained private because people didn't dare to say they supported such a magazine. Our sales figures in Lebanon were very good though. The magazine was censored in all other Arab countries, but we did sometimes manage to send a few copies outside Lebanon using courier services.

I was prepared for the negative reactions, so I didn't let them worry me and it didn't stop me publishing the magazine. I believed in the project and I still do. I hope I can continue publication again soon, because it's important to discuss issues surrounding the body in the Arab world. The body in the Arab world wears many shackles, and you can't talk about democracy, freedom and all those subjects without tackling one of the main taboos in our part of the world, that of sexuality, particularly women's sexuality. 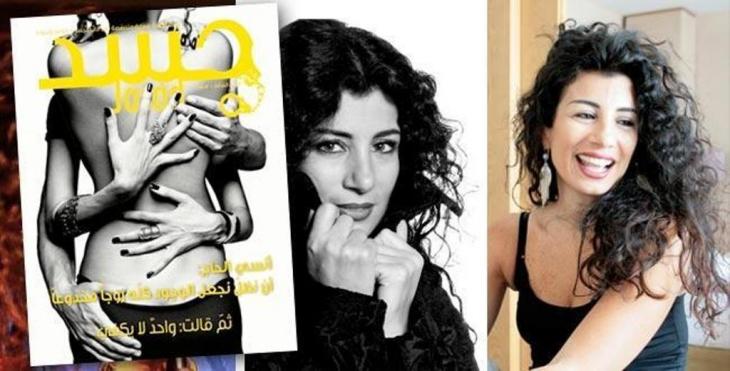 What was your objective with "Jasad"?

Haddad: I can't say I had a specific objective in mind; after all, "Jasad" wasn't an ideology. Above all, it was a project that I thought was important and new in the Arab world. At the same time, I wanted to create a space for artists and intellectuals in the Arab world who thought like I did and were interested in these subjects. That's why we didn't publish any texts under false names. All the authors bore the full responsibility of publishing under their correct names. That had the effect that people presented their opinions with great confidence and courage, because they were saying, "I'm convinced I have the right to say what I think."

Haddad: I don't believe in female solidarity. I think it's an outdated stereotype. I believe in solidarity between people. I believe that men and women should fight together for a more dignified world. I know there are many women who don't believe in their dignity and many men who fight for women's rights. There are feminist men and there are plenty of patriarchal women, so the distinction between male and female isn't something that convinces me.

Another reason why I didn't kill the king is that he's already dead for me! I don't think it's a question of fighting him; what we need to do is make women aware of the traps they fall into, the mistakes they make. Before you change another person, you're responsible for changing yourself. You're responsible for becoming aware of your faults, errors and flaws. The problem with the other person will disappear if you have this faith in yourself and belief in your strength.

You regard yourself as a post-feminist. What does that mean? 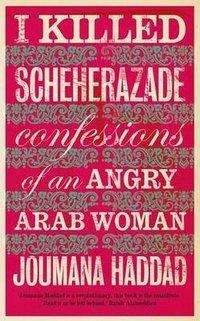 "I killed Scheherazade" is more than just a description of Haddad's self liberation and more than just a rejection of the Western cliché of the poor oppressed Arab woman; it is above all a declaration of war on the prevailing misogynist structures in the Arab world

Haddad: It's a reinvention of the word, if you like, because the word "feminism" scares a lot of people – men and women alike. I'm talking about the Arab world, but I know it's the same in other places. There are a lot of women who are very self-assured and strong but don't want to be referred to as feminists, even if, deep down, they are actually feminists. I think that's very unfair. I admit that some feminists were very aggressive towards men, especially in the 1970s when second-wave feminism was very strong in Europe. They thought they had to deny their femininity and deny being women to prove they were strong. They began to behave like men or they were man-haters.

For one thing, I think this stereotype doesn't apply to all feminists. And for another, I also think the stereotype is wrong, because women shouldn't be man-haters. I think men and women should fight together, as I just mentioned. We shouldn't reject our femininity either, unless we want to. But we shouldn't reject it to prove that we're strong. The message that comes across is: to be strong, I have to become more than a man. I believe in female strength in itself. It may differ from men's strength, but it's there. I don't have to behave like a man to prove to anyone that I'm strong. I can be absolutely a woman and do it just as well. So when I say post-feminist, I'm talking about these two points, these two points of criticism of the feminist movement and the feminist concept.

Haddad: Because it's my truth. I am primarily a poet, not because I wrote poems when I first started writing but because it is what is most like me. When I write poetry, I'm closest to myself. That's my true nature. Even in the books I've written that aren't poetry collections, there's always poetry. Here and there, there's a poem or poetic reflections. That's my true identity. 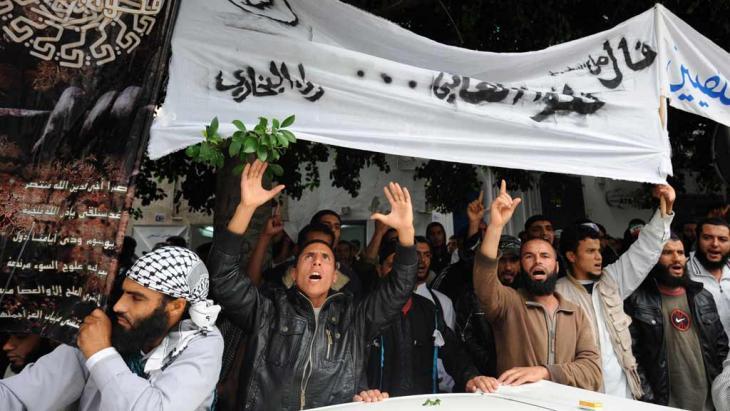 Salafists in Tunis: "Of course the dictatorships had to be got rid of, but what followed them is just another monster – the monster of Islamist extremism. That can't bring more freedom, more rights and more equality into the societies where these revolutions took place," says Joumana Haddad

Many people hoped the so-called "Arab Spring" might bring improvements for women. Are you disappointed?

Haddad: I'm not disappointed because I never believed it was a spring. When it began three years ago in Tunisia and then in Egypt, I wrote in many newspapers, including in Germany: watch out, this isn't a spring! It may be a revolution, but not a spring. It's just another winter.

Of course the dictatorships had to be got rid of, but what followed them is just another monster – the monster of Islamist extremism. That can't bring more freedom, more rights and more equality into the societies where these revolutions took place. Women were used in that phase of the revolution to show that the demands were universal and popular. Then they were removed from the equation and their roles and needs weren't discussed.

The women themselves stopped fighting as well – with the exception of Tunisia. There, they managed to get back what they'd almost lost. We still have to wait. What we're experiencing now was predictable. During the dictatorships, there was a closet trend to believe that religion was the means to reconciliation, the all-round solution. So the dictators' injustice nourished the religious extremists and their mission. It's normal for them to now use the opportunity to gain control of the country. But I'm convinced they'll fail. In ten to fifteen years, people will realise that they don't want dictatorships, but they don't want religious regimes either. And that's perhaps the time when the Arab Spring really will come.

Today's in-fighting over the composition of the country's next cabinet is part of a larger battle for a new political settlement. The financial crisis poses a mortal danger to the ... END_OF_DOCUMENT_TOKEN_TO_BE_REPLACED

The upheavals of the past year in the MENA region are arguably as momentous as those of the Arab Spring in 2011. Yet perhaps the biggest difference is that our interest seems to ... END_OF_DOCUMENT_TOKEN_TO_BE_REPLACED

Beirut usually sparkles and dazzles at Christmas time. This year, marked by major protests, however, everything has been turned on its head: there is a distinct lack of Christmas ... END_OF_DOCUMENT_TOKEN_TO_BE_REPLACED

In the heart of Beirut's manicured downtown, something is stirring in a bullet-pocked concrete shell of a building known as "the Egg": the visually unappealing Egg has advanced to ... END_OF_DOCUMENT_TOKEN_TO_BE_REPLACED

In the “Lebanese Politics Podcast”, co-host Nizar Hassan analyses political events in Lebanon. In interview with Qantara, he talks about solutions to the country’s economic crisis ... END_OF_DOCUMENT_TOKEN_TO_BE_REPLACED

Comments for this article: "I don't believe in female solidarity"

The real mideast conflict is....

The real mideast conflict: First Person vs Third Person. Everyone is a super-individualist obsessing about the race, religion, nationality of self and others - you name it; anything that slaps a label on them. Instead of ripping off those labels and liberate themselves and the region by ethnically indiscriminate sex, like Europeans and Americans do, they keep on obsessing about them.