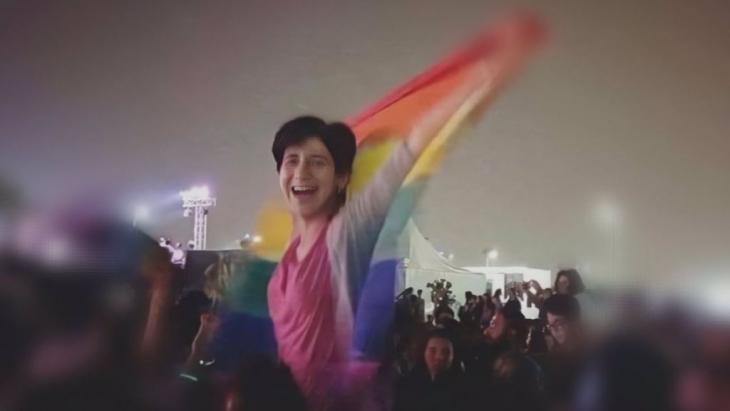 Obituary: Egyptian LGBTQ activist Sarah Hegazy
"How can I survive in a society based on hate?"

In 2017, Sarah Hegazy was arrested in Cairo for displaying a rainbow flag, the symbol for homosexuality and queerness, at a concert. The activist recently took her own life in Canada. By Christopher Resch

Seldom in Egypt’s recent history has a death sent greater shockwaves through the exile community as this one. On 14 June, Sarah Hegazy departed willingly from this life, as a final act of self-determination in a struggle against a murderous world. Her fight was not to be won.

Sarah Hegazy, 30 years old, was an Egyptian LGBTIQ activist. She became known as the woman who waved the rainbow flag during a concert given in Cairo in 2017 by Lebanese indie band Mashrou’ Leila.

It was reportedly the first time in Egypt that this queer symbol had been openly displayed in public. But this cannot be the reason for her subsequent incarceration, as homosexuality is not illegal in Egypt.

Why, then, was she thrown into prison, why was she tortured with electric shocks, and why were other imprisoned women encouraged to sexually humiliate her? Why else was she compelled to leave her homeland while suffering severe post-traumatic stress disorder and move to Canada?

As we commemorate #Pride, heartshattering to learn the beautiful soul Sarah Hegazi has left us.

Sarah had been detained, assaulted, fired from her job, made to live in exile--all because Egyptian authorities accused her of raising the rainbow flag at a @mashrou3leila concert. pic.twitter.com/18px2meU9M

Messages of hate and rejection

In the days following the fateful concert, the social media were full of photos. Sarah Hegazy and Ahmed Alaa, who was just 21 at the time, posted the images themselves. In addition to encouragement and support, they were both inundated with messages of hate and rejection.

Those in the media, especially notorious Egyptian talk show hosts, seized on "the story" and whipped up public hysteria. Homosexuals in Egypt have long been exposed to hostility, the most notorious case being the arrest of the "Cairo 52" from the Queen Boat in 2001.

Home
Print
Newsletter
More on this topic
Lesbians in Iran: Between desire and tabooInterview with LGBT rights activist Arsham Parsi :''Rights are never given; we have to fight for them'''I had suicidal thoughts': Gay Lebanese speak out against conversion therapyPhoto essay: The stigma of being gay in Nigeria
Related Topics
Free speech and censorship, Gender, Homosexuality, Human rights, Sexuality and eroticism in Islam, Transgender
All Topics 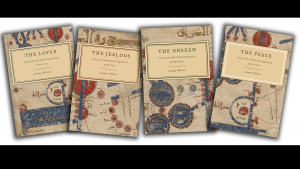 Rarely has the world of crime-writing taken such an interesting turn. Richard Marcus spoke to American Muslim historian and novelist Laury Silvers about her four detective novels ... END_OF_DOCUMENT_TOKEN_TO_BE_REPLACED

Ever since a 2007 decree by the Canadian parliament, October has been celebrated as the country's Islamic History Month. Four weeks of events across the country highlight the ... END_OF_DOCUMENT_TOKEN_TO_BE_REPLACED

Iranian-Canadian author Ava Farmehri’s debut novel paints a bleak picture of growing up in Iran after the Islamic Revolution. The book is both a prison novel and a reflection on ... END_OF_DOCUMENT_TOKEN_TO_BE_REPLACED

Last week Egypt's police stepped up an "unprecedented escalation" on activists by arresting a leading rights group director. Advocates on the Nile have long weathered a crackdown ... END_OF_DOCUMENT_TOKEN_TO_BE_REPLACED

In France and in Canada's Francophone province of Quebec issues of personal freedom have recently been thrown into sharp relief. In Quebec, legal proceedings have been initiated ... END_OF_DOCUMENT_TOKEN_TO_BE_REPLACED

A friend of the murdered journalist Jamal Khashoggi, Omar Abdulaziz is a thorn in the side of Saudi Arabia. Living in exile in Canada, the activist has been warned by the police ... END_OF_DOCUMENT_TOKEN_TO_BE_REPLACED
Author:
Christopher Resch
Date:
Mail:
Send via mail

END_OF_DOCUMENT_TOKEN_TO_BE_REPLACED
Social media
and networks
Subscribe to our
newsletter