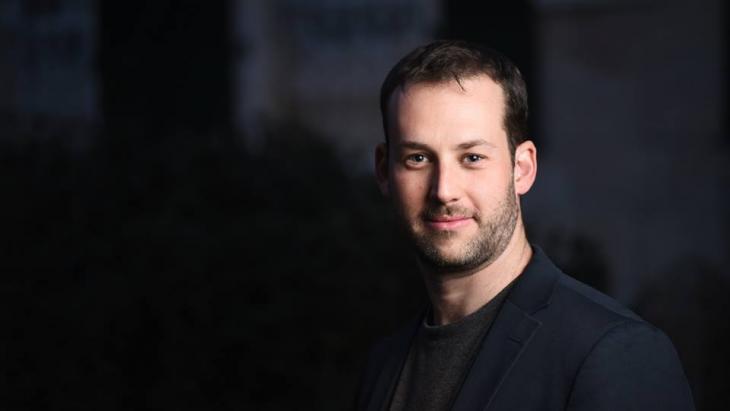 Conceived by Israeli journalist and rabbi Elhanan Miller, "People of the Book" is a YouTube project designed to provide information on Judaism in Arabic. Disarming prejudice with humour, Miller's cartoons aim to promote mutual understanding between Jews and Arabs. Interview by Claudia Mende

How did you get "People of the Book" up and running?

Elhanan Miller: The video project kicked off in July 2017 when I finally found an animation studio that I thought offered the best prospects for teaching through animated stories. I felt that what was needed was a soft way of approaching the Arab and the Muslim world. After all, there is something about cartoons that disarms viewers. They have an almost innocent way of approaching things.

Your cartoons are full of humour. I'm guessing the combination of humour and religion is not to everyone's taste?

Miller: Humour is key to the project; it allows us to deal with sensitive issues in such a way that people drop their defences. It is also very important that the humour is self-deprecating – in other words, you find yourself laughing mostly at yourself and at your own religion. The project doesn't set out to poke fun at the other side. After all, there is a very fine line between laughing with and laughing at someone, which may cause offence. Working closely with my animators, I always try to use humour to show our side and make light of Jewish issues. I would argue that Judaism is maybe more used to combining humour and religion than Islam.

How do viewers react?

Miller: There have been one or two instances where I unintentionally crossed a red line with my Muslim viewers. In the second video on prayer, for example, there is a scene in which a muezzin makes the call to prayer and a cat jumps up in fear. I got a lot of complaints, because it was felt we were poking fun at the adhan.

Many people also complained about depictions of the prophets in the same video, which showed Abraham, Isaac and Jacob at prayer. These were ignorant mistakes. I simply didn‘t know that you shouldn‘t draw any of the prophets of Islam. It is like a work in progress. You learn your lesson and then move on.

On the Jewish side there hasn‘t really been any opposition. A couple of people have questioned the humorous mode of presentation, but other than that Jews have been okay with the cartoons.

And the Arab side?

Miller: Reactions have been predominantly positive. At the beginning people were a little negative and suspicious of my motivations, but my reception has become more positive as the project has grown and developed. Now that it has been running for three years most of my viewers are used to me. The idea of starting with lighter and easier topics was intentional.

Welcome to the world of Al Qasar, where Arabic music collides head-on with punk and psychedelic to create something powerful and beautiful. "Who Are We" is a raucous, subversive ... END_OF_DOCUMENT_TOKEN_TO_BE_REPLACED

Egyptian authorities have Mada Masr in their sights once again after critical reporting. But the editor of the country's last independent news source is adamant they will continue ... END_OF_DOCUMENT_TOKEN_TO_BE_REPLACED

Like Christianity, Europe's history is one of migration. Both have strong roots in the Orient and in cultures thousands of years old. Cultural historian Bernhard Braun invites us ... END_OF_DOCUMENT_TOKEN_TO_BE_REPLACED

When she ascended the throne, millions of Muslims still lived under British rule. Later, Elizabeth II appealed for tolerance in a multi-religious society. She was the first ... END_OF_DOCUMENT_TOKEN_TO_BE_REPLACED

END_OF_DOCUMENT_TOKEN_TO_BE_REPLACED
Social media
and networks
Subscribe to our
newsletter