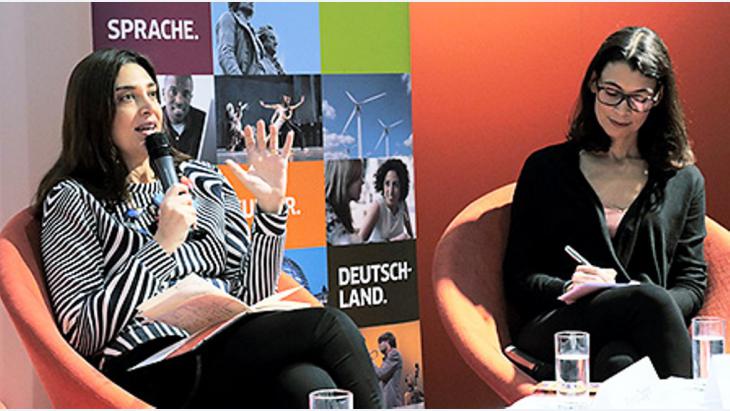 The Arab world
(Not) an unlimited book market?

With the increasing efforts to revive the book market in the Arab world by publishers and cultural institutions, intermittently hindered by economic, political and social factors, the limitations of this market are yet to be explored and redefined. By Amira Elmasry

While questions like ″how can we fortify literary exchange in the region and thereby also stimulate the joy of reading?″ are hardly likely to be met with unequivocal and immediate solutions, market players are relentlessly looking for insight.

In light of its current focus on the Arab World 2015-17, and on the occasion of the Frankfurt Book Fair 2015, Litrix invited three experts from different backgrounds to discuss the current limitations of the Arab book market and possible means of promoting its expansion.

Pushing the limits of definition

The first question asked by the moderator, Amira El Ahl, was about pushing the boundaries already: do publishing houses and bookstores offer more than their definitions suggest? As a publisher and the owner of Kotob Khan Bookstore in Egypt, Karam Youssef seems to be trying to offer more than books for serious readers. Founded 10 years ago, Kotob Khan has become a cultural hub in Maadi, Cairo, teeming with cultural activities such as creative writing workshops, movie screenings, book discussions, and music events, according to Youssef.

Along similarly entrepreneurial lines, author of children's books and owner of Al Khayyat Al Saghir publishing house (founded in 2007), Rania Zaghir (Lebanon) is also trying to expand the scope of her activities. Zaghir’s main concern is to keep things ″moving and fun″, trying to offer as many reading spaces as possible, especially in refugee camps.

Zaghir refuses to be confined in the writer/publisher profile, which sounds ″boring and unfair″ to her, and she prefers to view herself as the owner of an ″independent play store″. Her goal is not to just create books, but also to help readers find their way back to reading, explained Zaghir. 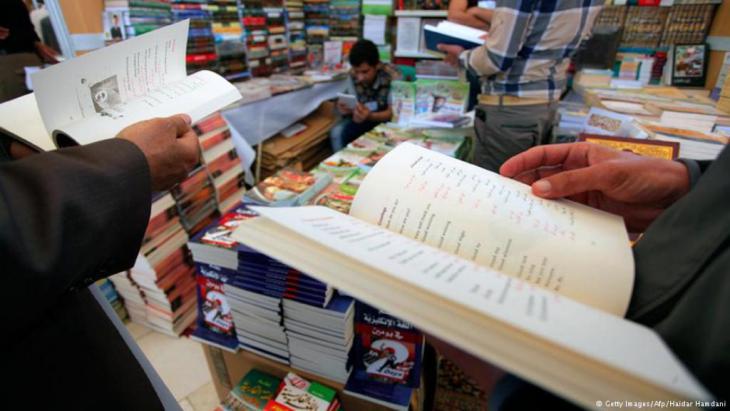 According to Valentina Qussissiya (Jordan), CEO of Abdul Hameed Shoman Foundation, founded by the Arab Bank in 1978, cultural institutions are also expanding in scope. As part of its investment in cultural innovation, the Shoman Foundation funds one of the largest private libraries in the Arab world, a cultural forum, film screenings, concerts, and book signing events, in addition to awards for Arab scientists.

While supporting book fairs in cooperation with the Jordanian Ministry of Culture, the foundation also attempts to take its activities to the streets and make access to books and education available for everyone.

When asked about how Arab readers can be reached despite distribution limitations and infrastructure shortcomings, the three speakers seemed to have slightly different, but potentially complimentary approaches.

Zaghir insisted that the books offered need to be ″sexy″ in the first place, in order to attract readers. She believes publishers should go out and look for children in play areas, schools, and shelters instead of waiting for their readers to reach out to them. Not everyone can be reached of course, and even then not everyone is going to become a bookworm, she admitted.

Qussaisiya agreed that content is the primary appeal factor for readers, especially among children. To make books more accessible, the Shoman Foundation lays on transport to its interactive children library, as well as running a mobile library project and a family library initiative - in cooperation with the Jordanian Ministry of Culture - which offers books at reduced prices.

Both Zaghir and Qussaissiya have been working closely with refugees from Syria, Palestine and Iraq, and trying to reach as many geographical areas in Lebanon and Jordan, respectively, as possible.

Youssef pointed out that in Egypt there are a number of problems when it comes to distribution, problems which she believes cannot be ″solved individually.″ While she tries to work around the local transport issues, and actually manages to send her books outside Cairo, the sales are setback by the remarkably low percentage of readers, due to high illiteracy rates and the fact that ″reading is not an embedded habit.″

Youssef's strategy, however, is to publish books that are timeless classics, so now – after the revolution – she is focusing more on translations, especially in the fields of philosophy and science, targeting the young readers.

Qussaissiya believes that profitability as a goal needs to be set aside, at least for now, until people actually rediscover their love for books. She thinks that having librarians who are passionate about books, and libraries that embrace diversity in content with reasonable opening hours, could help speed up the process.

Censorship in the Arab world

Censorship in the region is the elephant in the room - and yet it is also mentioned by each of the panelists. Youssef refers to a number of incidents where her books were rejected in certain Arab countries, mostly in the Gulf region. But Zaghir is worried that it may be, at least in part, self-inflicted, ″The worst kind of censorship is self-imposed censorship.″ She believes that this mindset originates deep within the school curricula, which nurture hatred towards ″all things different″, encouraging sectarianism and class discrimination. Unlike Youssef, she does not think the reader is the cause of the problem, but rather the officials in educational and cultural institutions.

In answer to whether e-books could possibly bypass such obstacles, Qussaissiya mentioned that they have been considering this option through the available platforms, like Kotobi, Kotobarabia and the soon to be launched Google e-book platform. The market exists, for almost everyone owns a smartphone – even if the available e-content is overwhelmingly religious – but the publishers do not trust this format, because of the vulnerability of copyrights in the region. Youssef added that people also tend to distrust the online payment system.

To ensure the ongoing expansion of the Arab book market, Youssef emphasised the need for a long term strategic plan, supported by the government and targeting children, families and schools, in order to spread the reading habit. The plan should include, for instance, opening up more public libraries and cultural centres and introducing reading hours at schools. Zaghir also said that she expected more serious efforts from the government, for individual efforts, valuable as they are, are bound to remain at the micro level. She seemed rather critical of how governments waste resources on projects with no true literary value, like spending millions on awards, instead of subsidising books.

While Qussaissiya was less critical of awards, which she believes are an important incentive for creative writers and publishers, she thought working with the government can be problematic at times. ″It is better to try and work with the public, despite the few good government initiatives, like the family library. You also need to have patience with the government, and long term investment to have an impact.″

At the end of the discussion, El Ahl asked the three book enthusiasts about their personal vision for the future of the Arab book market. Youssef believes that e-books would play an increasing role in the future in overcoming the distribution problems. She hopes to continue publishing books with valuable content, without focusing on numbers, but rather on marketing. On a similarly positive note, Qussaissiya expressed her wish to see a street library everywhere, and more grants supporting publishing with special focus. As for Zaghir, she would like to keep moving and ″creating magic″ through her work, while staying true to herself.

Since President Abdul Fattah al-Sisi seized power in Egypt in 2013, he has ruled the country with an iron fist. Civil society, opposition and free press struggle to survive. Tens ... END_OF_DOCUMENT_TOKEN_TO_BE_REPLACED

The lack of grain supplies from Ukraine is forcing Egypt to act. Now even the Toshka project is being revived to grow grain in the desert. Birgit Svensson travelled to see it END_OF_DOCUMENT_TOKEN_TO_BE_REPLACED

In this unusually beautiful book of images and text, published in German and Arabic, artist Marianne Manda presents her own unique take on the megacity of Cairo. In over fifty ... END_OF_DOCUMENT_TOKEN_TO_BE_REPLACED

A stage, lights, a mesmerised audience: it looks like an Egyptian folkloric concert, but Umm Sameh is singing to heal the sick by driving out the demons that possess them END_OF_DOCUMENT_TOKEN_TO_BE_REPLACED
Author:
Amira Elmasry
Date:
Mail:
Send via mail

END_OF_DOCUMENT_TOKEN_TO_BE_REPLACED
Social media
and networks
Subscribe to our
newsletter