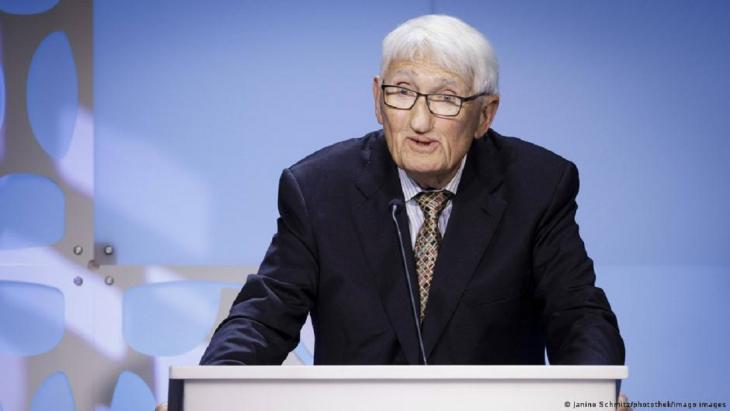 Philosopher Juergen Habermas was due to be awarded a major Arab prize in Abu Dhabi, but has turned it down following criticism. This decision torpedoes Arab efforts at a substantive cultural dialogue and exposes the West’s moral hubris, says Stefan Weidner

Recently, a mood of optimism has been spreading through the Gulf region: Saudi Arabia is talking to its arch enemy Iran; the Gulf States are ending the isolation of the unruly emirate of Qatar. A few of them have even made peace with Israel, often in the face of resistance from their own population.

And now, the general political thaw was to be topped with a dollop of cultural whipped cream: the Sheikh Zayed Book Award, given annually at the Abu Dhabi International Book Fair and worth more than 225,000 Euros, was conferred on 91-year-old Juergen Habermas – the doyen of contemporary German philosophy and the last great exponent of “critical theory” in the tradition of Horkheimer and Adorno.

You might almost think that the failed Arab revolutions of 2011 were now, ten years later, to be revived as a process of cautious reform by the very powers that did their utmost to choke off the revolution ten years ago.

The role model for this process could be Bismarck, who once suppressed social democracy, only to then implement important parts of its manifesto himself. One way or another, for many observers the protests on the "Maidans", public squares all the way from Kiev to Cairo, marked the "structural transformation of the public sphere" that Habermas wrote about – now, at last, happening outside the Western centres as well.

A star philosopher for the revolutionaries

Habermas is certainly not unknown in the Arab world, then – nor in Iran. Many of his books have been translated; young, revolutionary Arab intellectuals have scrambled to bag interviews with him; and his name and fundamental ideas are known to all scholars. The idea of communicative action in place of raw power politics, for instance, or the legitimation of institutions and processes through rational discourse.

Habermas represents values and ideas of a critically renewed Enlightenment – something that may be increasingly under threat in the West, in the age of the internet and media polarisation, though in the Arab world it still retains its lustre. It is even propagated by autocrats at the head of absolutist regimes, be it as a defence against political Islam and its theocratic claims to power, or in order to find common ground and a common language with the political culture of Europe and the USA.

The Litprom association linked to the Book Fair, which promotes literatures from outside Europe, including many Arabic books, also receives funds from Abu Dhabi. Such support is not scandalous. Germany, France or Israel also finance the promotion of their literature abroad. And critical, progressive books certainly don’t get short-changed in the process. This year, the Zayed Prize’s literary category was awarded to the Egyptian author Iman Mirsal, whose unsparing feminist poems are infamous.

Prizes for other Germans

Nor is Juergen Habermas the first German to be recognised with one of the many Zayed prizes: in 2018, Dag Nikolaus Hasse, Professor of the History of Philosophy at the University of Würzburg, was one of the lucky recipients. He was awarded the prize in the “Arabic culture in other languages” category, for his book on the reception of Arab philosophy in the Renaissance. I myself was on the 2020 shortlist, for my literary history book 1001 Buch. The translator from Arabic Hartmut Faehndrich and many other Europeans and Americans have received prizes with large sums attached in the Gulf, without anyone getting agitated about it. So why now? 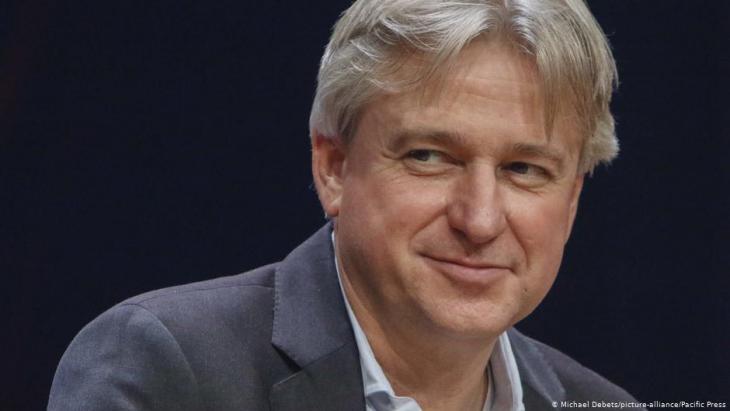 Jurgen Boos, Director of the Frankfurt Fair, is a member of the "Scientific Committee" of the Sheikh Zayed Book Award. "Of course, I accept Mr. Habermas' decision. However, awarding him this prize would have been an occasion to make his important work and his positions even better known in the Arab cultural area and thus to promote Arab society's engagement with his work," he said after Habermas' rejection of the Sheikh Zayed Book Award

The reason is that Habermas is a symbolic figure for how the West sees itself. It is the fact that he thoroughly embodies critical German philosophy. And when Arabs now invoke Habermas themselves through this prize, many people here in Germany see it as unjust cultural appropriation. The Arab world wants to make the philosophy of the Enlightenment and critical theory its own. Can it do that, does it have a right to?

These are questions of cultural hegemony we are dealing with here: who is permitted to speak in whose name? The insinuation is that Habermas is merely being misused for propaganda purposes.

Admittedly, there would have been some danger of that. But isn’t every benefactor of a prize also promoting himself? Let us be under no illusions about this: most prizes are awarded for precisely this reason. But giving this particular prize to Habermas would have been more than that. From now on, our diplomacy would have been able to measure Emirati politics against the standards of our best philosopher. Standards, admittedly, that Western societies also hardly ever meet.

Habermas must also have seen the opportunity here, or he wouldn’t have accepted the prize at the start of April. It is hard to believe that it took an article in Der Spiegel to enlighten him on the problematic aspects of politics in the Gulf. A few hours after the article with the headline “Juergen Habermas and Emirati propaganda” was published by Speigel Online, Habermas withdrew. Whatever his motives may have been: he has done a disservice to the cultural dialogue for which he has always stood up, even going to Iran for it in 2002. Instead of rebuffing the criticism, Habermas succumbed with over-hasty obedience to “cancel culture”. German angst is what it’s called in English, when someone doesn’t want to stand up for himself. 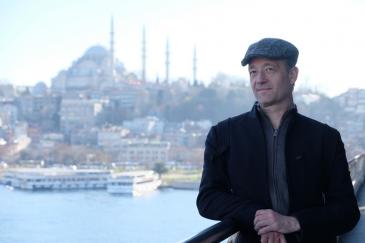 The Habermas case a lesson in the moral hubris of the West: "Culture is supposed to be an area led by morality, while power and business interests are allowed to let these considerations slide. This double standard is the hallmark of Western politics," writes Stefan Weidner

Double standards, both here and there

It is both good and reasonable to criticise the Emirates’ aggressive foreign policy and repressive domestic policy. At the same time, it is self-righteous and naive not to differentiate between the actors and concerns of cultural and power politics respectively. The western states, Germany first and foremost, are as two-faced in their approach to this as the Gulf states are: while for example the progressive Arab activists, artists and intellectuals are supported by our Goethe Instituts, politicians and business leaders go on making questionable deals and inhumane refugee agreements with the same regimes that are oppressing the German-supported activists – Egypt, for example.

Culture is supposed to be an area led by morality, while power and business interests are allowed to let these considerations slide. This double standard has been the hallmark of western politics since, in the days of colonialism, missionaries were sent out into the world to preach a Christian morality that was then trampled underfoot by the colonial rulers. Today, the mechanisms of this double standard have become more subtle, but they function in a similar way. It is just that they are now also being copied by the formerly colonised states.

The Habermas case is a lesson on the moral hubris of the West. And the impossibility of Arabs and Muslims ever being able to please this West. The whole footballing world allowed itself to be bought by Qatar without any audible criticism. But it would seem that not even making peace with Israel qualifies Abu Dhabi to give Juergen Habermas a prize. What more do we want from them?

The Arab Spring and the "Spring of Nations": Failed revolutionaries?

Stefan Weidner on the future of the West: Next-level cosmopolitanism

Among the 24 squads at the Euros, dozens of players with African roots will turn out in the June 11-July 11 tournament. Several of them are top names at this pan-continental event ... END_OF_DOCUMENT_TOKEN_TO_BE_REPLACED

Reading Hassan Blasim's God 99 is an immersive experience of grief and exaltation, anger and disgust, writes Marcia Lynx Qualey. We join the Iraqi narrator as he sits around in ... END_OF_DOCUMENT_TOKEN_TO_BE_REPLACED

Turkey's parliamentary and presidential elections are scheduled for June 2023. But they are already casting a shadow. While the opposition is calling for early elections, ... END_OF_DOCUMENT_TOKEN_TO_BE_REPLACED

Recep Tayyip Erdogan, disappointed by the European Union’s reluctance to integrate Turkey into its ranks, has re-directed his country’s diplomacy toward the Maghreb and Africa to ... END_OF_DOCUMENT_TOKEN_TO_BE_REPLACED

A law is currently being debated in Morocco that would legalise the cultivation and export of medicinal cannabis. For many small farmers, this would bring considerable advantages ... END_OF_DOCUMENT_TOKEN_TO_BE_REPLACED
Author:
Stefan Weidner
Date:
Mail:
Send via mail

END_OF_DOCUMENT_TOKEN_TO_BE_REPLACED
Social media
and networks
Subscribe to our
newsletter